Dow's been tailoring both materials and process to address its OEM car maker customers' goals for several years, as we've been reporting since 2012. It initially launched commercial availability of its VORAFORCE 5300 matrix in 2014, with an under-90-second molding cycle time, aimed at high-pressure resin transfer molding (RTM) for making structural composite parts for high-volume car production. After yet more work on chemistry, VORAFORCE 5300 with the shorter under-60-second processing time was introduced. 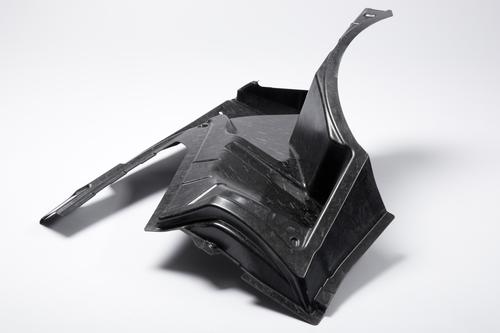 Automotive testing to meet fuel efficiency and emissions reduction targets is getting more real-world, meaning it's aimed more toward drive cycles rather than "rolling road" testing, Dow Automotive's global strategic marketing manager Peter Cate told Design News. This is happening as part of the shift toward a worldwide harmonized driving test cycle for light-duty vehicles, instead of relying on multiple regional or other standards. These tests will be substantially more difficult to meet. For example, test starting temperature is lower, so cold-start emissions will increase.

"When you make that shift, you have to assess the value of all the solutions," said Cate. "As automotive OEMs move toward real-world style drive cycles, it looks like they have an accelerated interest in lightweighting as a fuel-efficiency strategy, because it affects all of the systems on the vehicle."

Dow Automotive believes this shift will speed up the development of composite vehicles, Martin Reimers, market development manager for Europe, told us. As emissions targets ratchet up for 2020 and 2025, light metals won't be able to do enough of the lightweighting job. Since the typical development cycle for a car model is five to six years, OEMs will have to start even earlier with implementing new carbon fiber composite materials in car structures, to make sure they are economically viable by those dates, he said.

For some applications, automotive suppliers want higher thermal performance than VORAFORCE 5300's glass transition temperature of 120C, said Reimers. So the company has introduced the new VORAFORCE 6300 system, consisting of the new 6310 resin and the existing 5450 hardener, plus the new VORAFORCE 7100 system, which combines the 6310 resin with the also new 7150 hardener. The 6300 system has a glass transition temperature of 147C, and the 7100's is 195C. 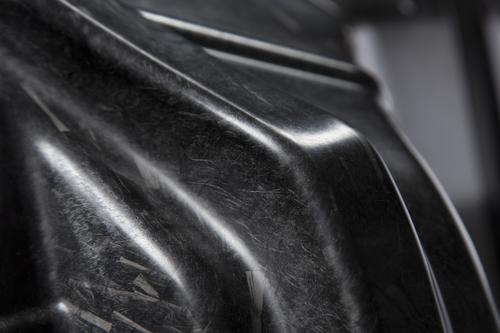 The current 5300 system has an ultra-low processing viscosity of 10 millipascal seconds (mPa.s), which reduces fiber movement and improves wet out. This enables complete filling of the large structural composite parts sought by automotive OEMs. Low viscosity becomes more important in carbon composite parts for automotive than for aerospace, since the cheaper, heavy-tow fibers used in cars are more difficult to penetrate, said Cate. Infusion time and latency can also be lengthened by changing tool temperature.

All three VORAFORCE systems are designed to work with both RTM and wet compression molding methods. Wet compression can be faster because it splits up the infusion process, decoupling the temperature at which resin is applied to the preform from the temperature used in the tool, said Cate. The tool can run hotter, so the part cures even faster than the 60 seconds possible in RTM: as low as 30 seconds, which gives a clear economic advantage.