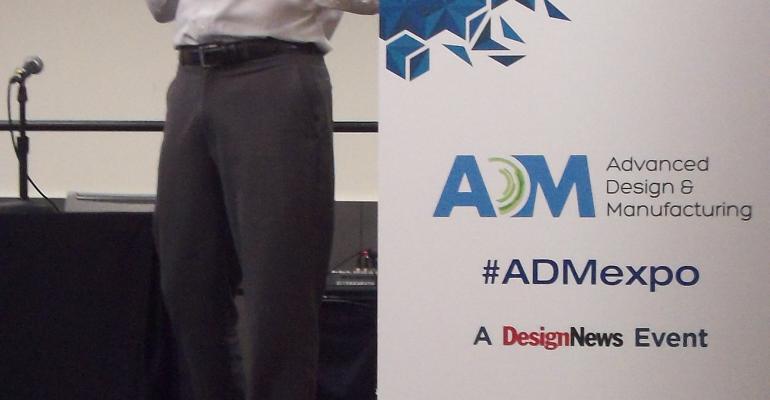 Lithium-ion is on the cusp of achieving higher volumes in the auto industry. Start-stop powertrains will be the key to the transition.

Start-stop powertrains will dominate the auto industry within a decade, gradually changing the way batteries are used in future generations of vehicles, an expert told attendees at the recent Advanced Design & Manufacturing conference in Cleveland.

Scott Morehouse, manager of process development for lithium-ion batteries at Johnson Controls, Inc., said that the industry’s move to start-stop will lay the groundwork for lithium-ion to surpass lead-acid batteries in volume, but only over a long period of time.”Lithium-ion is still in its early stages,” Morehouse told Design News. “But there’s tremendous opportunity for it to develop.”

Morehouse told an audience of engineers that start-stop, in which vehicles turn off their engines at traffic lights and stop signs, has already begun to ascend to dominance. In 2015, about 72% of new vehicles still used conventional internal combustion powertrains with flooded lead-acid batteries. By 2025, the numbers will essentially flip – start-stop will account for 80% of the powertrains while conventional internal combustion engines account for less than 20%.

In the first decade of that transition, lead-acid batteries will still dominate, largely because start-stop will employ absorbent glass mat (AGM) lead-acid. But as start-stop evolves, lithium-ion will begin to grab a portion of the start-stop market, Morehouse said.

“It’s going to be AGM and low-voltage lithium-ion taking up the vast majority of the market volume,” Morehouse told the audience. “And that will continue for the next 10-15 years."

One key for lithium-ion will be the emergence of so-called “advanced start-stop” powertrains. Advanced start-stop enables a vehicle to more effectively handle its auxiliary electrical loads, along with frequent re-starts. In one embodiment of it, the vehicle would actually employ two batteries – one lithium-ion and one lead-acid – handling different tasks.

“It’s about reducing the load on the engine, and letting the engine be the traction of the vehicle, and not have to do the auxiliary support,” Morehouse said. The advanced start-stop scheme will become increasingly necessary as automakers add more electrically-based features, ranging from rear-window defrosters and heated steering wheels to electric water pumps and electric turbochargers.

For a number of years, many automakers will continue to choose AGM lead-acid, because of its cost, recyclability and packaging flexibility, Morehouse said. Eventually, though, more will opt for the energy density, cycle life and charge power of lithium-ion.

“If you look in the long term, as we move to higher demands on vehicles, we’ll start to see lithium-ion break in and eclipse AGM,” Morehouse said.

The move to pure electric vehicles and plug-in hybrids will also add to the popularity of lithium batteries, but over a longer time period. The higher-voltage lithium batteries used for those applications today represent only a small portion of the overall automotive battery market, and will continue to be a minor player for some time, he said.