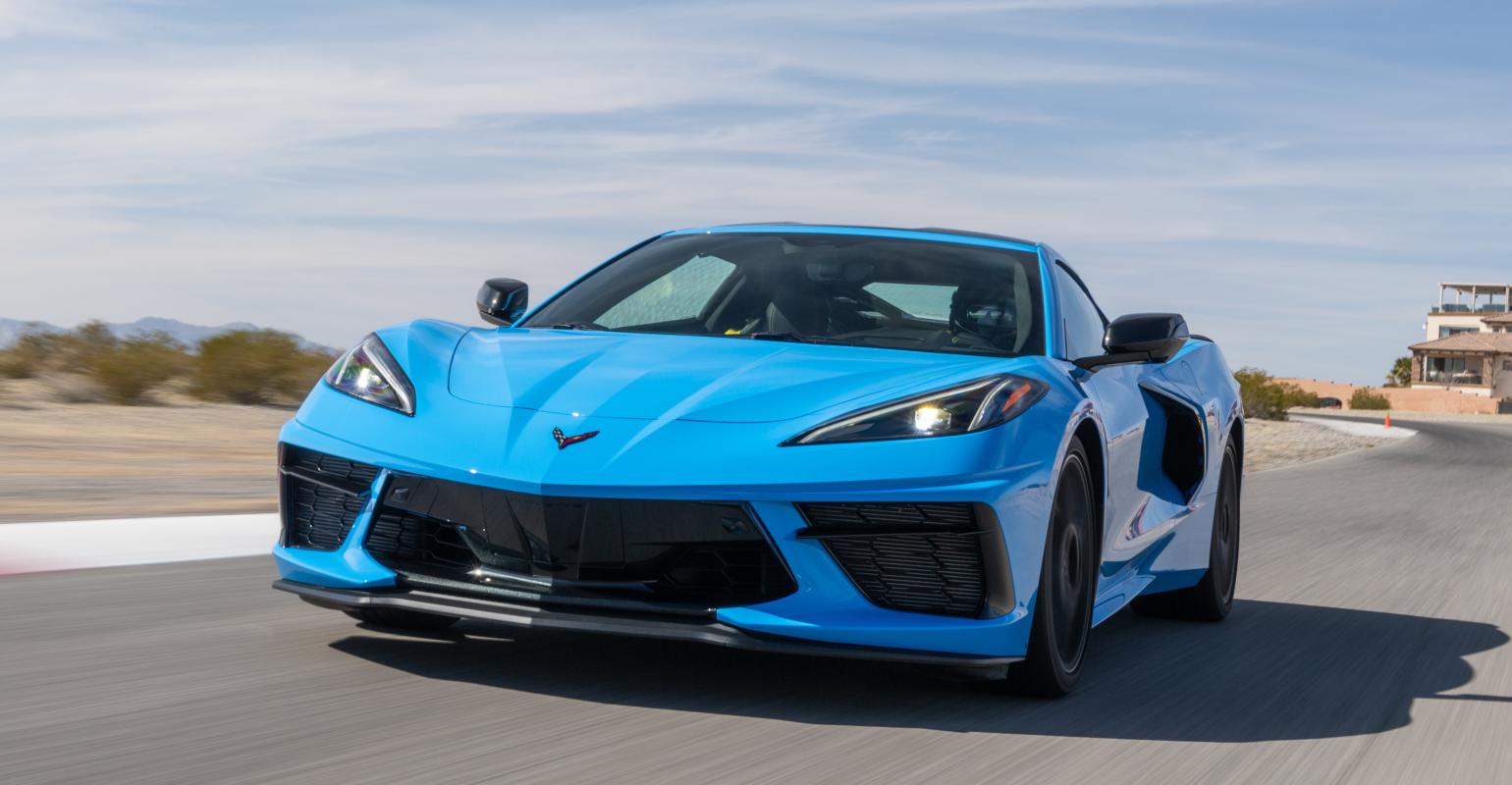 We finally put Chevy's new mid-engine wonder through its paces on a racetrack.

The good people at Chevrolet gave us a preview drive of the 2020 Corvette Stingray a couple months ago, in which we were able to learn about many of the new mid-engine dream car’s technical developments.

But as a proper supercar now, the Corvette needed to demonstrate its capability on the racetrack, and now we’ve had a chance to test it there for ourselves.

It is important to frame the Stingray’s track driving prowess with a couple understandings. First is that Chevrolet insists that the Corvette, mid-engine or not, be a car that is comfortable enough to drive every day. What that means is that the 2020 Corvette has compliant suspension and durable all-season tires as its basic equipment and it offers magnetically adjustable shock absorbers and somewhat stickier, but still run-flat, summer tires as optional equipment.

It is also important to consider Chevrolet’s multi-level approach to Corvette equipment. The entry-level car is shockingly affordable, as demonstrated by the car we examined with a genuine, no-options $59,995 window sticker bottom line. This was a car that has the Corvette’s fabulous mid-engine proportions, 19-inch front and 20-inch rear aluminum wheels, LED headlights, 8-way power adjustable bucket seats, dual-zone automatic climate control, a leather-wrapped steering wheel with a power tilt and telescoping column, and a Bose 10-speaker premium sound system. 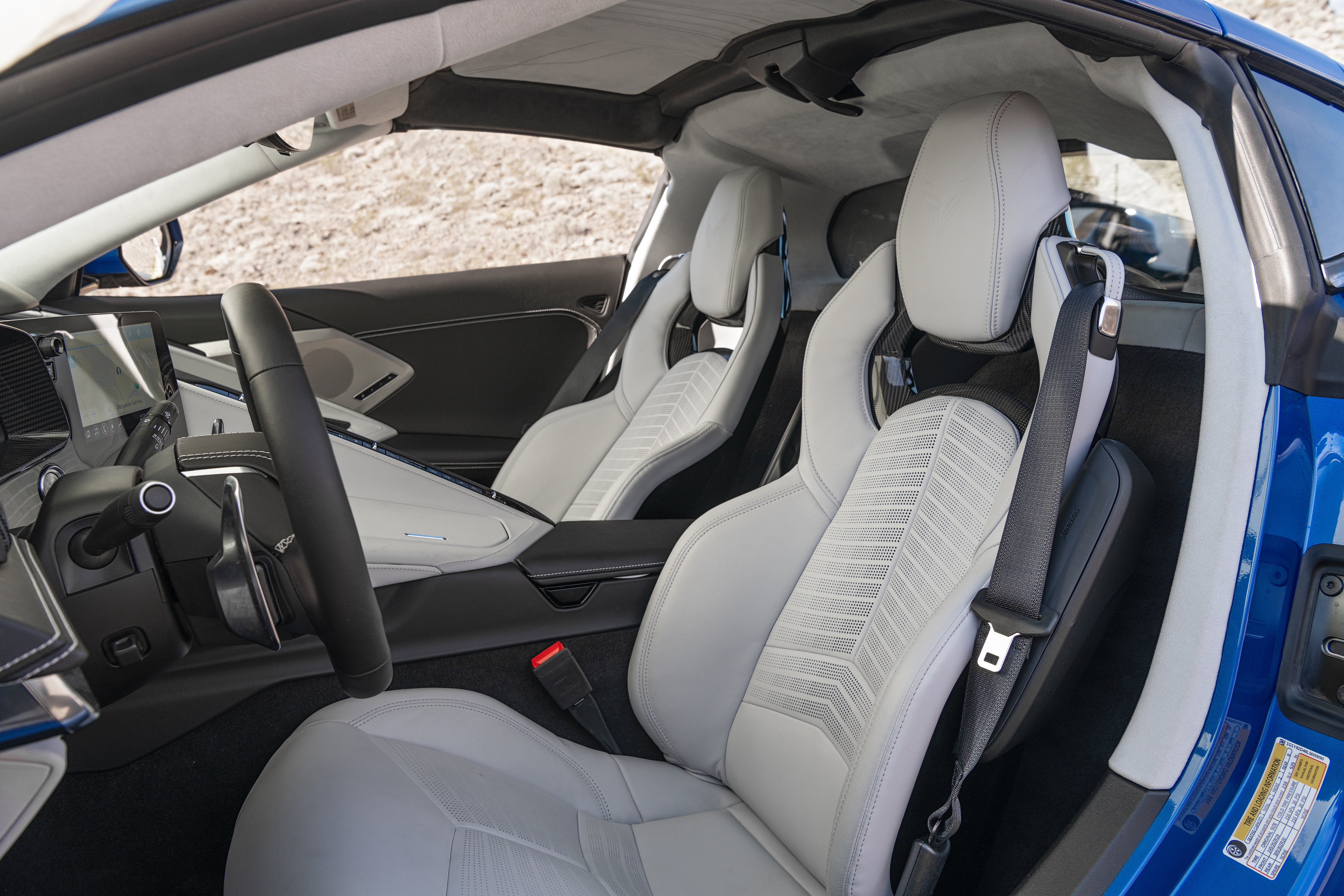 The interior does not have the leather-swaddled surfaces enjoyed by other models, but Adrenaline Red upholstery with perforated seating surfaces is not the cheap black plastic pit you might fear for a no-option base car. Anyone who takes home one of these Corvettes will be just as happy as those who pay for more and will earn every bit as much street credibility.

Our tricked-out track-test Stingray included the Z51 performance suspension system, magnetically adjustable shocks, upgraded Brembo brakes and an electronic limited slip differential, so it was $83,330. And the cabin was more lavishly wrapped in leather finishes.

The previous seventh-generation edition Corvette came in Z06 and ZR1 versions that offered still higher performance at still-higher prices. Indeed, the ZR1’s base price is double that of the 2020 Stingray’s base price. So while the Stingray is built to be fast and fun, practicality and affordability are overriding themes for this specific version of the Corvette.

Higher-performing versions are coming, and in addition to the more powerful engines in those cars, we’ll also see suspension tuning with a sharper edge and most critically, true maximum performance tires that will slash lap times. The 2020 Corvette Stingray is an amazing accomplishment for what it already is, but it points the way to what it may still become. 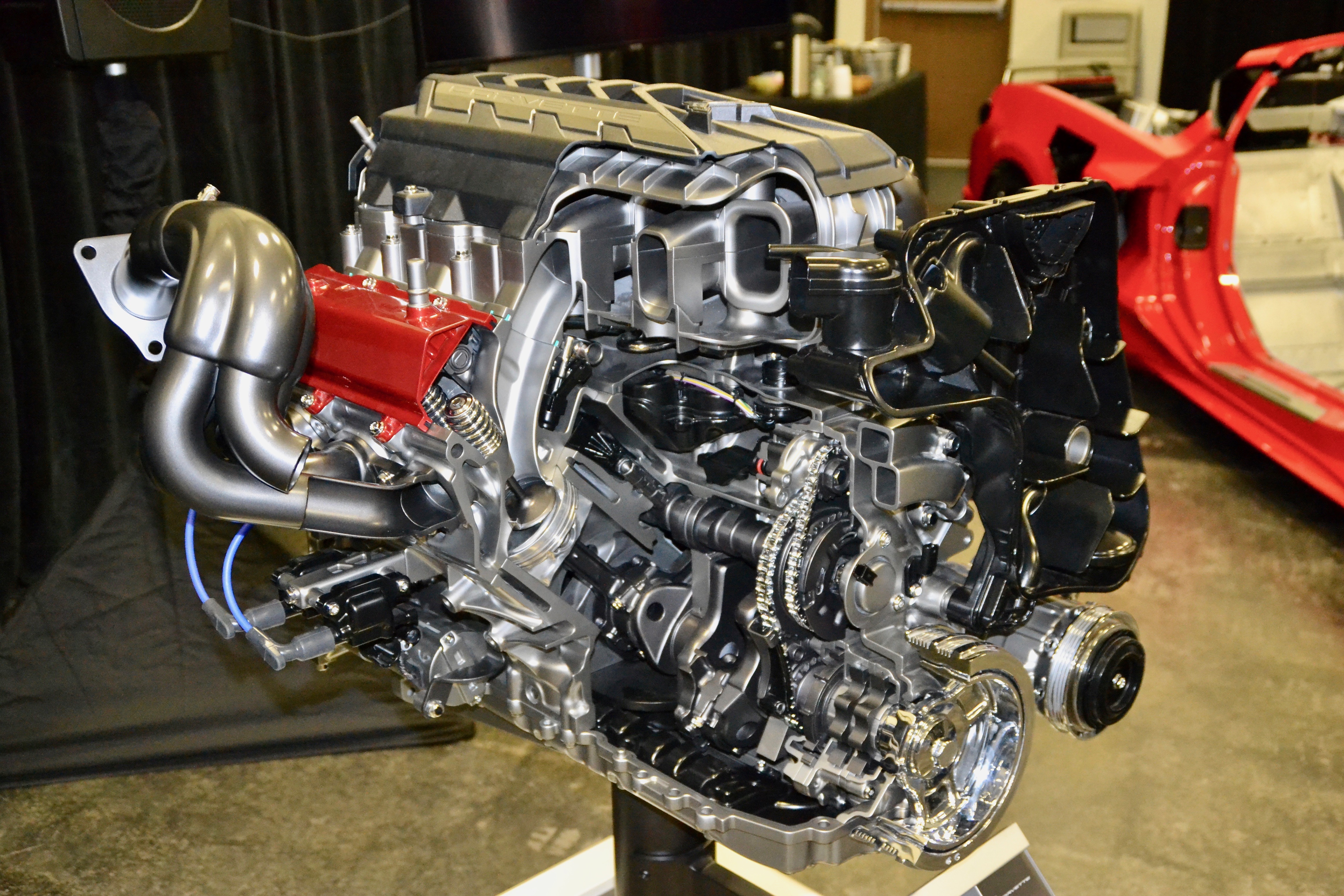 Consider the 495-horsepower, 470 lb. ft. naturally aspirated overhead valve LT2 6.2-liter V8. It is the most powerful base engine ever offered in a Corvette. And thanks to smart calibration of its cylinder deactivation system and the car’s noise cancellation system, it is impossible to discern when this engine switches to fuel-saving four-cylinder mode in pursuit of its EPA fuel economy ratings of 15 mpg city and 27 mpg highway.

In traditional small block V8 fashion, the LT2 sounds inspiring at idle and thrilling at redline, with only great noises in between. Low end torque at initial throttle tip-in delivers an ease of driving around town that is one of the things Americans have traditionally loved about V8s.

This is a great motor. But we have already driven the much more powerful Z06 and ZR1 editions of the outgoing-generation Corvette, so we know there is more to come for the mid-engine model in the future. There will be forced induction, and reportedly, overhead cams, which the Corvette hasn’t seen since the Lotus-engineered C4 Corvette ZR1 of the early 1990s 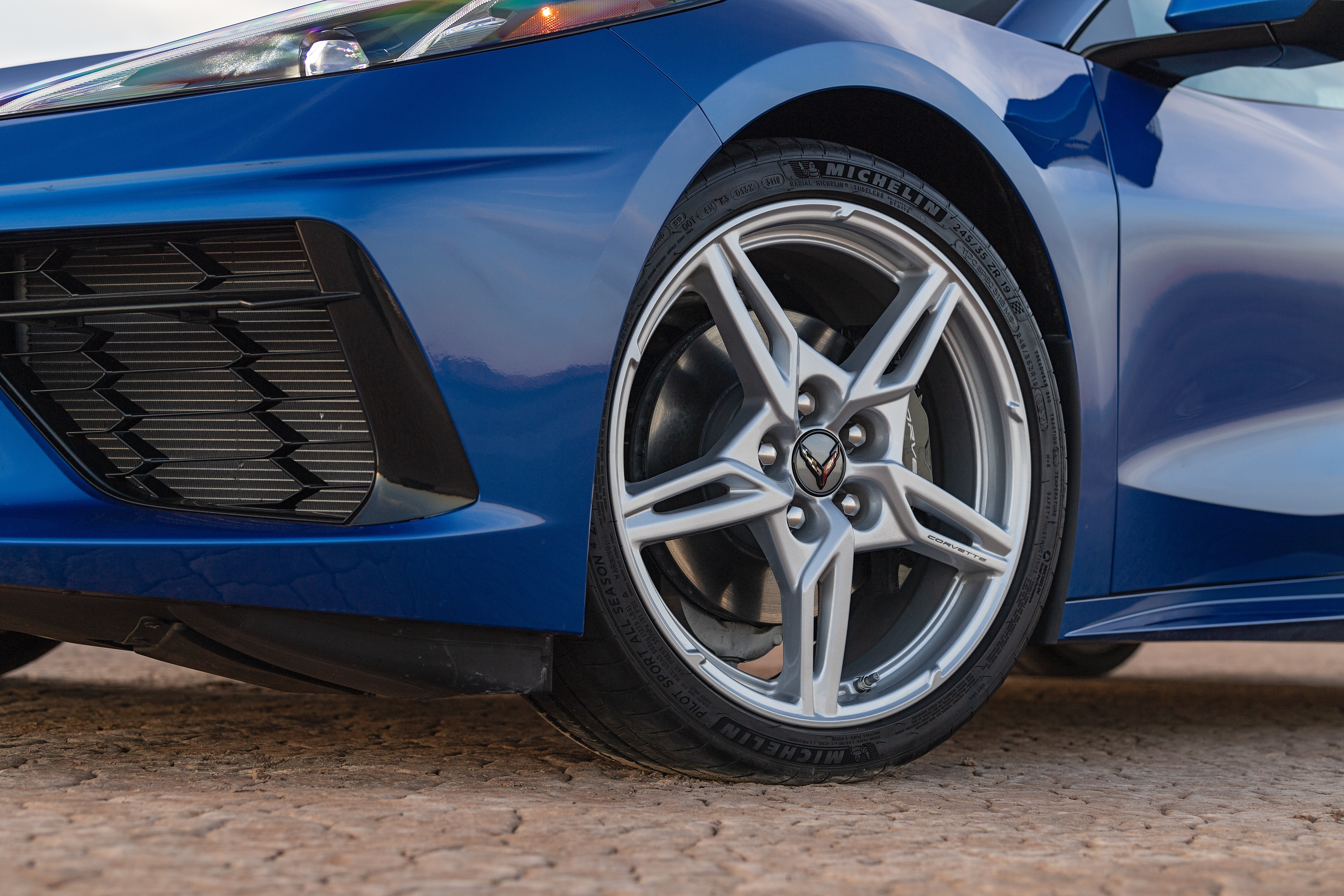 Similarly, we know that the Z06 and ZR1 roll on Michelin’s Pilot Sport Cup 2 tires, rather than on the more affordable and durable Michelin Pilot Sport ALS all-season tire or the Michelin Pilot Sport 4S summer tire available on the Stingray. When those performance-centric models arrive, they’ll be faster and more precise on the track, just because of the substitution of the less practical race-ready rubber they’ll employ. On the Stingray, the tires are 245/35ZR19 in front and 305/30ZR20 in the rear.

Nevertheless, the Stingray Z51 sprints to 60 mph in 2.9 seconds, using the car’s launch control system. And we saw 1.3-g cornering forces at the Spring Mountain racetrack while driving on the PS 4S tires, so even though there was a lot of tire squeal coming from them at the time, the tires still delivered respectable grip.

For our test, we dialed the Stingray to its Track mode, which makes suitable adjustments to the power steering assist, magnetic ride dampers, the shift programming of the Tremec 8-speed dual-clutch transmission, the response of the electronic differential and a multitude of other details that optimize the various systems for maximum track performance. As we had only a brief opportunity to experience the car while also learning the way around the Spring Mountain circuit, we followed a lead driver who was piloting a 2019 ZR1, with all of its aforementioned speed advantages.

Because of the short drive on the unfamiliar track, Chevy asked that we leave the electronic stability control set to its Sport 2 setting, rather than going all-out with the Track setting, to provide a little tighter safety net in case of a problem.

Hammering the Stingray around the 2.2-mile Villeneuve version of the available layouts of the Spring Mountain track, the Corvette instantly demonstrates the value of switching to its mid-engine configuration. With the mass centralized so the car’s center of gravity is in approximately the same location as the driver’s hips, it is easy to balance the Corvette in corners with the throttle and steering.

The lightly-assisted steering in this mode provides good feedback about front tire grip, though we can’t help wondering whether, considering that there’s no heavy engine up front, maybe no power assistance is needed at all in track mode. 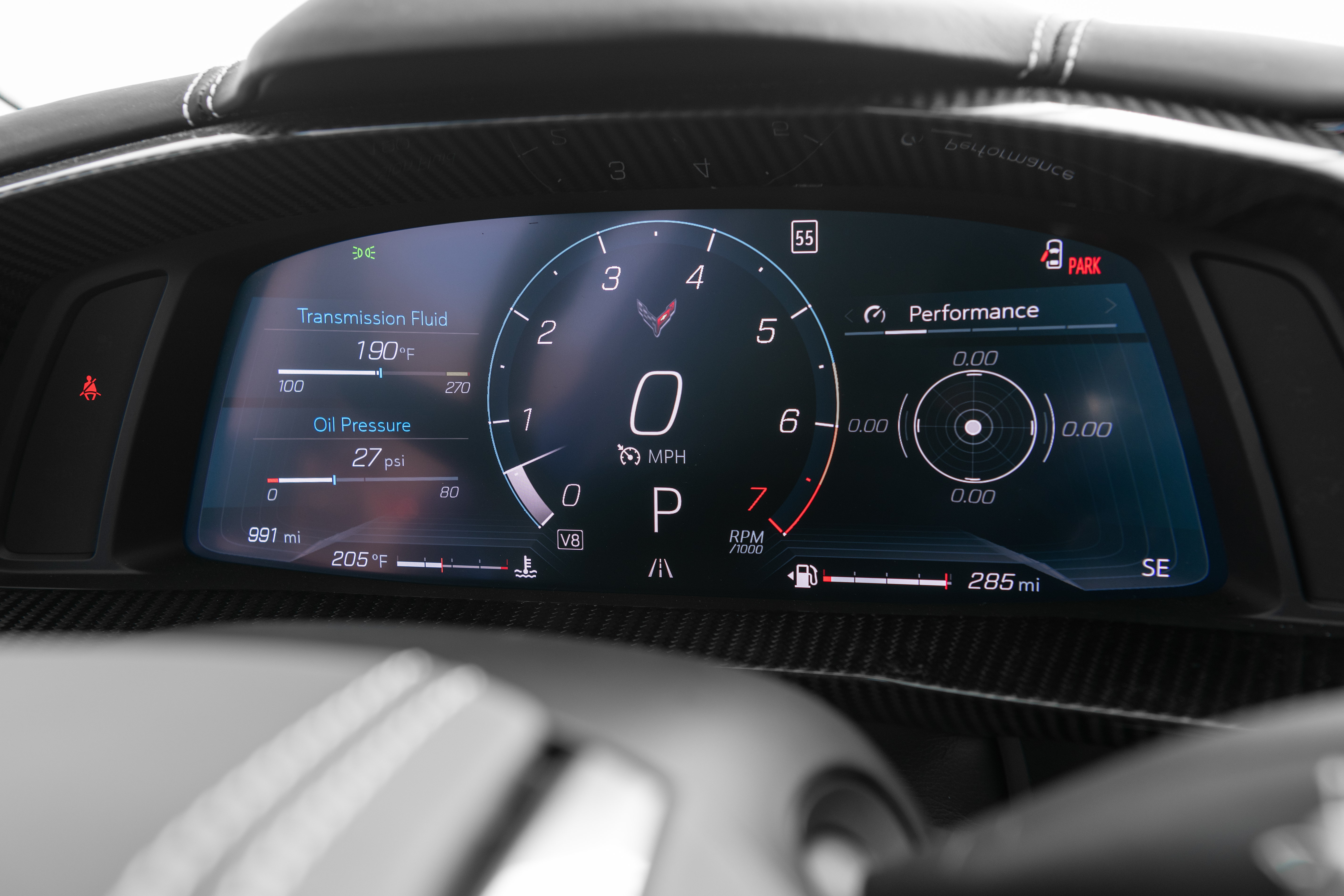 The throttle lets the driver transfer weight fore and aft, but now it is easier to floor it as the corner unwinds onto a straight without hazard of losing rear grip, as 60 percent of the car’s weight is now on the rear wheels, compared to about 52 percent for the front-engine car. Not only that, but having the engine and transaxle near to the center of gravity reduces the Corvette’s polar moment of inertia, so it is easier to control slides than when the car behaved more like a swinging pendulum.

The transmission is impressive in full automatic mode on the track, and does its best work downshifting mid-corner while gradually shedding speed as the turn’s radius tightens toward the exit. This keeps revs where they need to be without upsetting the car’s balance when it makes the shift.

Upshifts are seamless, and the launch control system works like a robot is drag racing your car for you while you’re still in the driver’s seat. In our test, only low-speed creep was still an issue, with a slight shudder noticeable at toll booth speeds. That problem has been identified and fixed with a late software update before production Corvettes rolled off the assembly line, said assistant chief engineer Mark Stheiner. “We made some calibration changes that address that,” he explained.

“We’re delivering a one-off transmission on a new car timeline,” noted Stheiner. “It is a lot to do at once. We had some significant growth in the drivability side late in the program.”

It also handles manual shifts better than the C7 planetary automatic transmission did. That’s because the team wired the shift paddles straight to the transmission control module, rather than running requests from the paddles through the car’s CAN bus, where those messages would contend with other information flow to reach the transmission. 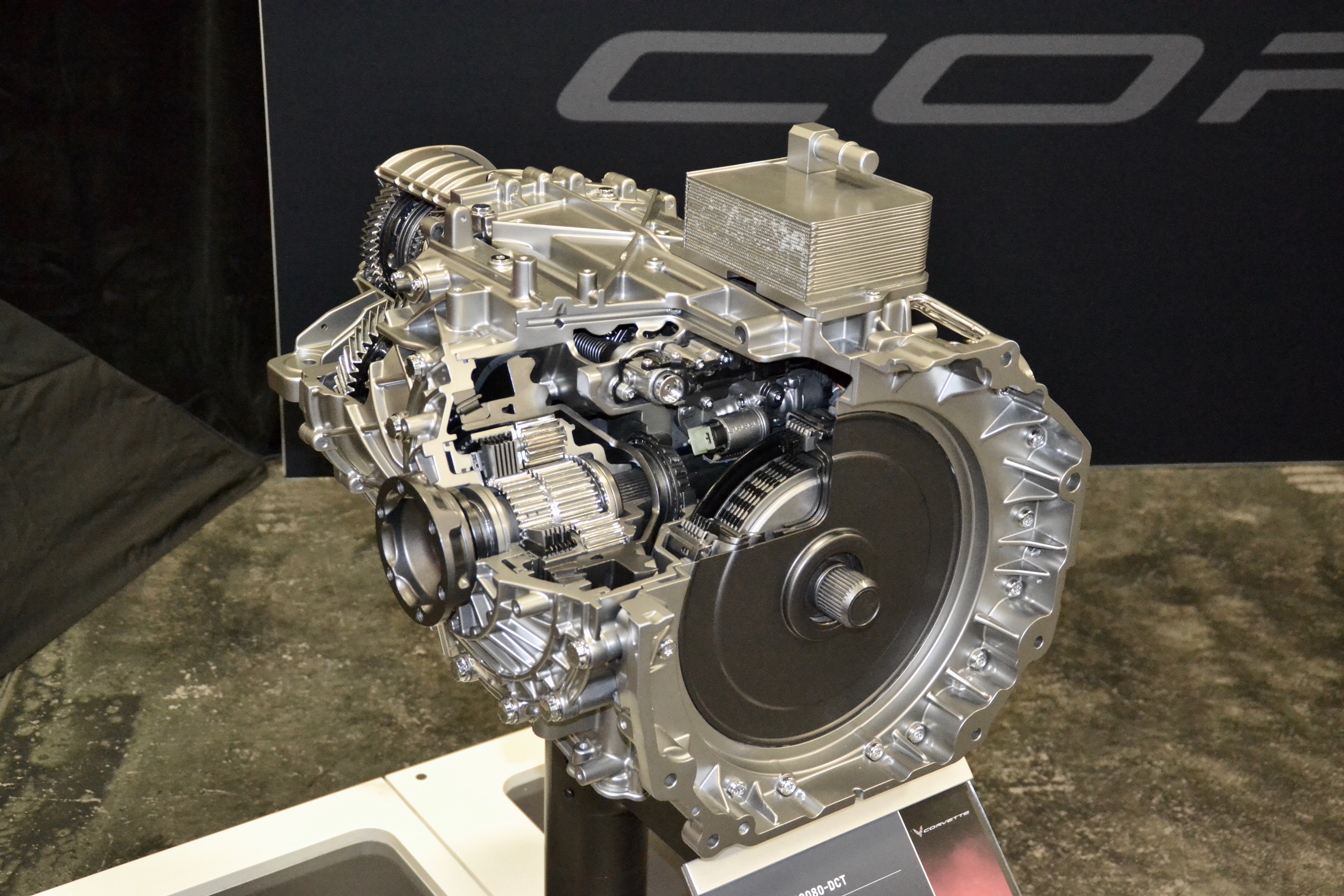 As with the previous Corvette, all the driver’s actions are monitored by the car’s Performance Data Recorder, which videos laps and overlays data from the car to illustrate throttle, brake, steering angle, g-loads, revs and speed, among other things. In a change from the past, the car can recognize a finish line that isn’t at the start line, for non-circuit events such as autocross or hillclimb. It can also be configured to work as a dash cam to record everyday driving.

And that’s probably an important aspect, because the 2020 Corvette Stingray is primarily focused on daily practicality and comfort over absolute track performance. It is a sensible approach, and one that still yields a 194-mph top speed and the ability to lap Germany’s Nurburging in 7:29.9.

Eventually, Chevy will offer track rats the ability to buy more race-focused models, but for now, and at this price, surely the Corvette Stingray sets new performance standards. The Corvette is truly a dream car once again. 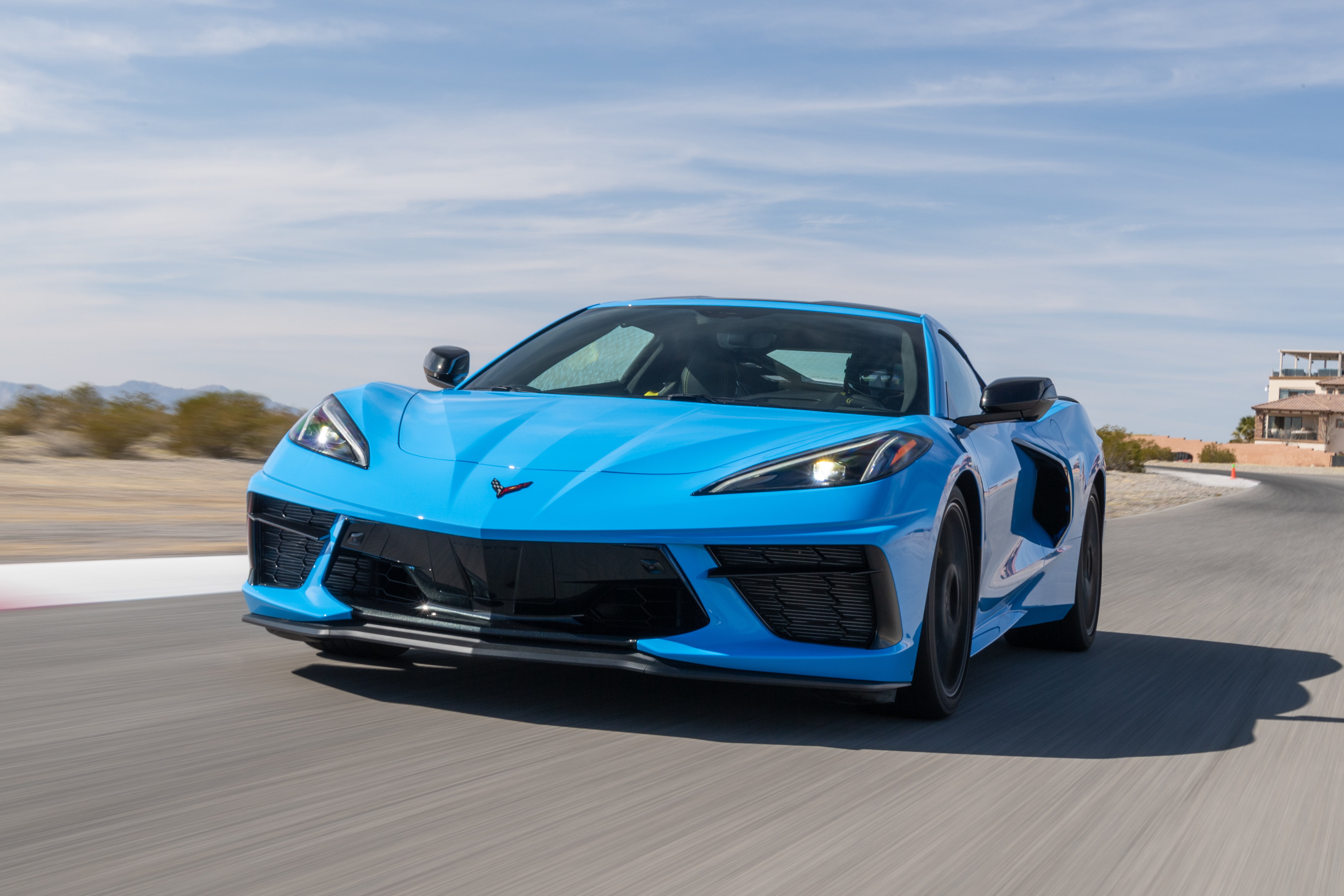