GM Will Revive Hummer As An Electric Off-Roader 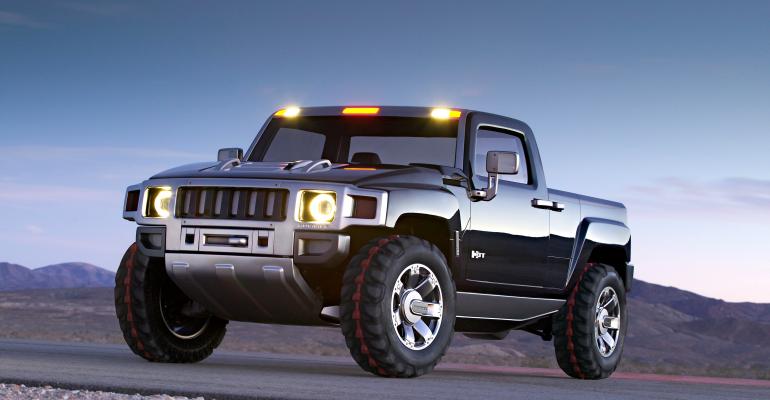 As a GMC model, Hummer will relaunch with a battery electric pickup truck.

General Motors will revive its dormant Hummer nameplate as a family of battery electric off-roaders in 2022, according to a report by The Wall Street Journal.

GM bought rights to the Hummer name from AM General, maker of the U.S. Army’s High-Mobility Multipurpose Wheeled Vehicle (Humvee) in 1998 to tap the market for high-capability off-road vehicles, but shuttered the brand along with Pontiac in 2009 in the wake of the company’s bankruptcy.

Market interest in battery electric pickups is burgeoning in the wake of the display of the electric pickup and SUV models by start-up Rivian and Tesla’s announcement of the Cybertruck.

Ford has partnered with and invested in Rivian, with plans to employ the company’s technology in an all-electric version of the brand’s flagship F-150 pickup truck. Detroit start-up Bollinger is also showing blocky electric SUV and pickup truck models that resemble a cross between the Hummer H2 and Land Rover Defender.

In a calibrated revival, Hummer will be a nameplate in the GMC truck brand, rather than the standalone brand it was previously, reports the WSJ. The paper’s sources say Hummer will launch as a pickup truck model, with SUV body styles following later.

GM has made no official announcement yet, but the WSJ reports that there will be a splashy Super Bowl commercial for the GMC Hummer battery electric pickup truck starring basketball superstar Lebron James, so we’ll all have more information by Super Bowl Sunday, Feb. 20.