GM Engineers Break Electronics So We Don't Have To 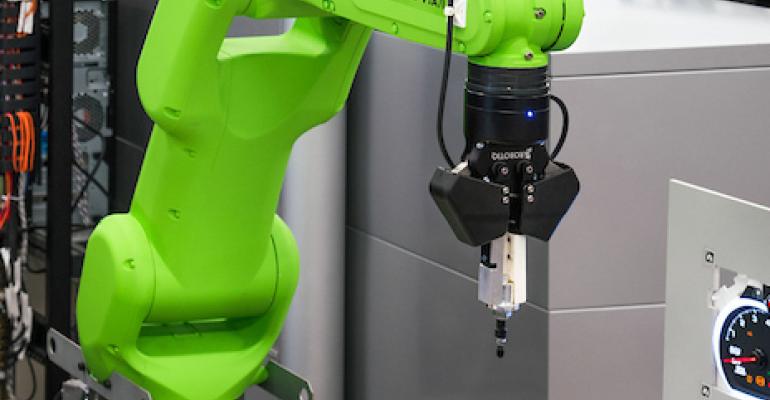 The GM electrical integration lab at the Warren Technical Center wades through the chore of testing the multitude of electronic devices in modern cars.

Time was when General Motors’ engineering and validation functions were part of the same organization, according to Gary Bandurski, executive director of global electric components and subsystems.

That was before the disastrous GM ignition key scandal, when cars inadvertently switched off while driving. Checking your own work is a bit of the fox guarding the henhouse, Bandurski observed, so now GM has a separate global validation organization led by executive director Kristin Siemen to check out the engineering team’s innovations.

“We are the conscience of the organization as the final gate to the customer,” Siemen said.

The two are GM lifers. Siemen proudly points out that she grew up practically in the shadows of GM’s Warren Technical Center with the plan to work there when she was old enough. Bandurski’s father was a GM climate control engineer who pressed the family into service reporting thermometer readings from around the cabin during drives.

They oversee sprawling engineering and validation operations at the Warren Technical Center that are aimed at keeping GM on the leading edge during a time of astounding change in the auto industry. There are, on average, 70 computers in new cars, Siemen reports.

Programming and connecting them is a daunting task for the engineering team, and their success is then measured by the validation engineers who put all of the equipment through its paces.

Even physically connecting so many electronic devices can be overwhelmingly complex, especially for the new GM Digital Vehicle Platform electrical architecture that appears in new and upcoming models like the Chevrolet Corvette, Tahoe and Suburban and the Cadillac CT4 and CT5 . The company has more than 100 patents on the technology in this system, which features improved cyber security while adding the ability to accept over-the-air software updates to add or improve functionality of existing hardware.

It includes dual 2 megabit per second Controller Area Network buses and three more 500 kilobit per second CAN buses to move date throughout the vehicle. The wiring harness alone includes two miles of wires and it weighs 125 lbs. The team keeps the scant wiring needed for a 1950s Chevy pickup truck on display for comparison. A handful of light bulbs, horn, gas gauge, and starter were about the only electric components on a vehicle like that.

Wiring has changed a bit since the 1955 Chevrolet pickup needed only this to connect all its electrical devices. Image source: General Motors Co.

For today’s wiring system, GM uses a harness verification frame that approximates the dimensions and proportions of the vehicle, so that the electronic system can be connected for testing before the factory has to figure out how to install it in real cars. This is not a trivial detail, and connecting and checking the whole system circuits can take two days. And some times they make crucial discoveries, such as the time that the wiring for a planned right-hand-drive version of a car proved to be too short to reach the relocated steering column, reported Mike Macciomei, engineering group manager for the electrical integration lab.

Ironing out any kinks in assembling the system on the verification frame helps the manufacturing engineers plot the assembly process for the factory, in addition to avoiding the embarrassment of having components that can’t be assembled in the case of the too-short wiring harness! “It is paramount for our prototype vehicle builds,” Macciomei stated.

All of those connected subsystems have to talk and communicate in an orderly fashion to ensure everything works as intended. That’s why the validation team has 100,000 square feet of office and lab space for checking the systems.

Computer start up and shut down are especially sensitive times that demand particular focus by test engineers, explained Siemen. “Wake up and shut-down is when bad things happen,” she said. That’s when the Automatic Vehicle State Sequencing process is running and is supposed to ensure everything happens in the correct order and is completed correctly. It is tough to keep all the computers in line, because “that’s when everybody’s talking,” she said.

Not only that, but the high-current starter is draining electrical power while all of this is happening, causing a significant voltage drop on the system that microprocessors hate, which adds to the challenge, according to Siemen.

Shut down is also crucial. Siemen points to the Cadillac SRX of a decade ago, which had a problem of the battery going dead when the car was parked. Like a family forgetting to let the dog back in the house before going to bed, the SRX’s system were forgetting to shut off one of the multitude of computers when the car shut off, leading it to drain the battery if the car sat for any length of time.

This could be incredibly tedious for the engineers who have to repeat tests continuously. One test that looks at the function of the back up camera took six weeks of repetitive testing to confirm that the legally mandated camera image appeared on the screen no matter what the driver might do in terms of varying how and when the car is started and put into reverse. So the engineers did what engineers do, and they innovated an automated solution.

They named the result “STORM,” which stands for Summarized Time to Rearview camera iMage. It is a hobbyists metal electric box with homemade guts that costs $150 in parts. Engineers position the STORM in front of the rearview camera display and its own camera watches the screen as the system goes through test cycles, and it automatically logs any instances when the expected image fails to appear on the display. With STORM watching for problems, the lab was able to tear through the same test cycle that had taken six weeks in only 12 hours. And surely, there were benefits to the engineers’ sanity in being relieved of the tedium of watching for instances of display failure.

Another bit of automation employs a day-glo green robotic arm equipped with a rubber stylus nub to test all the variations possible of pressing on the dashboard touch screen for remote operation of cell phones. The robot varies the timing and location of virtual button presses to ensure the screen and the phones respond appropriately.

Varying the timing of the presses and of actions like opening and closing doors is key to identifying any problems, according to engineers. GM buys 55 to 60 new smartphones annually to test the latest models as they are released, and it tests them in combination. Even for a car like the two-seat Corvette, GM considers four simultaneously paired phones to be a normal workload for the car’s computers to accommodate. They assume that many people have separate work and home phones, so with two people aboard, the Corvette needs to be unbothered by all four phones connecting at once.

Using the robot on the phones is like the STORM for the backup camera. “We don’t have to find the issues. It finds them for us and we can focus on fixing them,” said the phone engineer.

The lab’s scope and the scale of their task illustrates how daunting new car development has become and how easy it would be for a bug to slip through. In that case, GM is ready with the new OTA update capability it touts for the new electrical architecture.