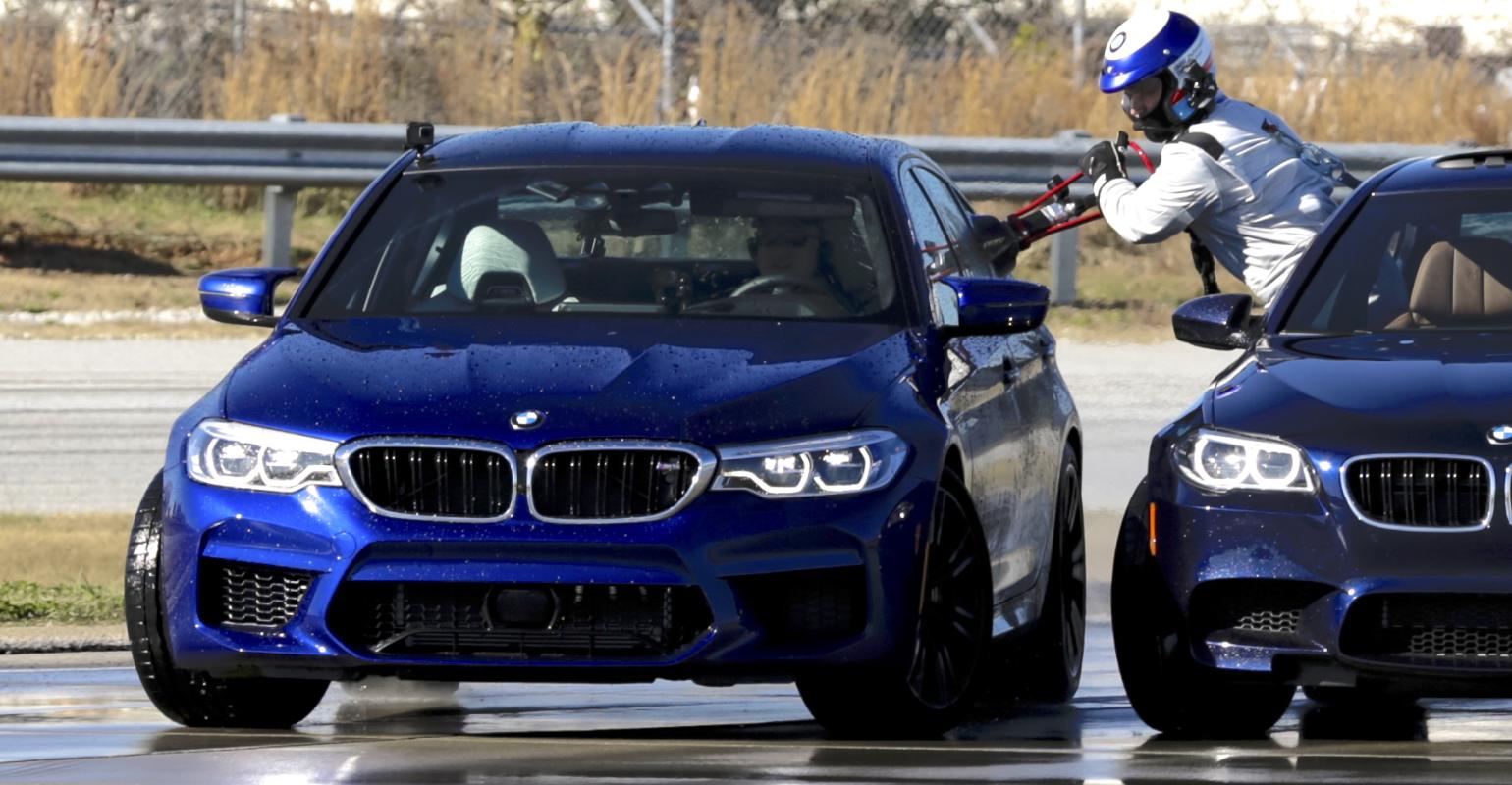 Friday Funnies: Seeing Is Believing As BMW Refuels Its Drift Record Car On the Fly

BMW's driving instructors drifted a refueling car alongside the record-setter to keep it going for eight hours.

The sport of drifting a car -- maintaining a controlled slide by spinning the rear tires -- has become so mainstream that there is even a Guiness World Record for the longest continuous drift. However, spinning the tires non-stop consumes a lot of fuel, which has limited the duration of the drift record. Until now.

One limiting factor in such a record attempt is tire life, which is why BMW did the run on its skidpad, which has sprinklers for simulating rain. With the pavement kept wet for the whole run, the spinning rear tires were able to survive the distance.

But the show-stopper was the fuel consumption, which BMW overcame by developing a refueling rid with a custom dry brake connector provided by North Carolina-based automotive fabricators Detroit Speed that prevents spillage when disconnected.

“We knew going-in that if we were going to recapture the world record for longest sustained drift and set the bar as high as possible, we would need to find a way to keep the M5 going without stopping to refuel,” said Schwartz. “In the end, the refueling system worked flawlessly and the M5 performed as expected.  It was a big win all around.”

While he makes it sound straightforward, the team needed to slide two cars alongside one another steadily enough for team member Matt Butts to make the connection between the tanker car and the record car five times without catastrophe.

Although the refueling system was built with the most technologically advanced components on the market, a human touch was needed to make and hold the refuel connection.

“Although we practiced the refueling several times before the Guiness World Record title attempt, there was very little margin for error,” said Butts.  “We’re excited to have played a part in Johan and BMW recapturing this record.”

And we're excited to see the videos of the record run and the behind-the-scenes development of the fueling system and technique.