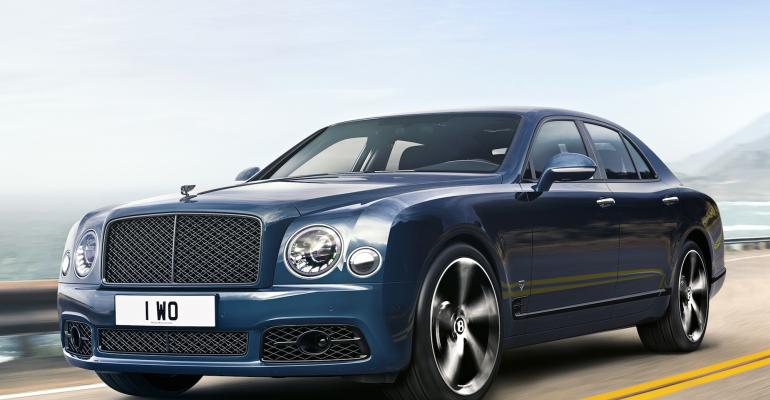 Bentley applied what it termed Aero Design Standards (ADS) to the development of its V8 engine in the 1950s, an approach that contributed to the amazing longevity of the company’s 6.75-liter V8 engine, which debuted in 1959. “Both the construction and design of block was quite advanced for its time,” asserted Tim Seipel, functional manager for Bentley’s V-engine calibration.

Bentley and Rolls-Royce were combined companies at that time, and the famed Rolls-Royce Merlin V12 engine in the Supermarine Spitfire and North American P-51 Mustang both used that engine to great effect during World War II. Afterward, the engineering department continued to apply the same high engineering standards to engines designed for less mission-critical applications, such as serenely motoring to the country club. 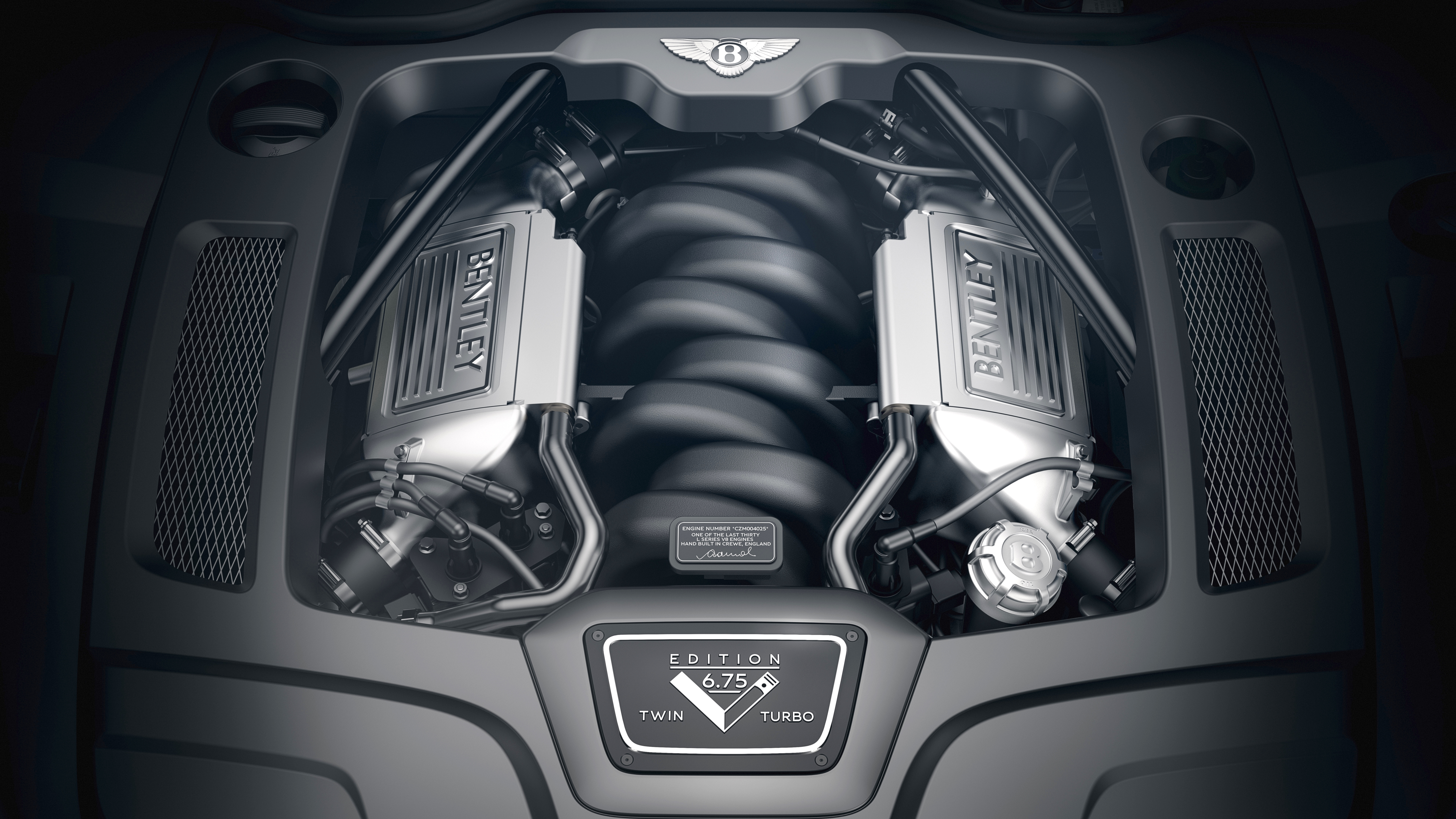 The arrival of Bentley’s amazing Flying Spur luxury sedan last year spells the end for the Mulsanne, the brand’s previous posh flagship. When Mulsanne production ends in a few months, so will end the run of Bentley’s storied 6.75-liter V8 engine. The Flying Spur is powered by the parent company Volkswagen Group’s corporate W8 and W12 engines rather than a hoary English V8 with roots that run back to The War.

This run makes Bentley’s engine the longest-running current V8, despite any protestations that the General Motors small block V8 dates to 1955. While the Bentley engine has naturally evolved substantially over the intervening decades, it debuted as an advanced all-aluminum engine with deep skirts for enhanced rigidity. The small block Chevy boasts those features now, but it did not have them in its original form, so it is far less a continuation of the same engine than is the Bentley. 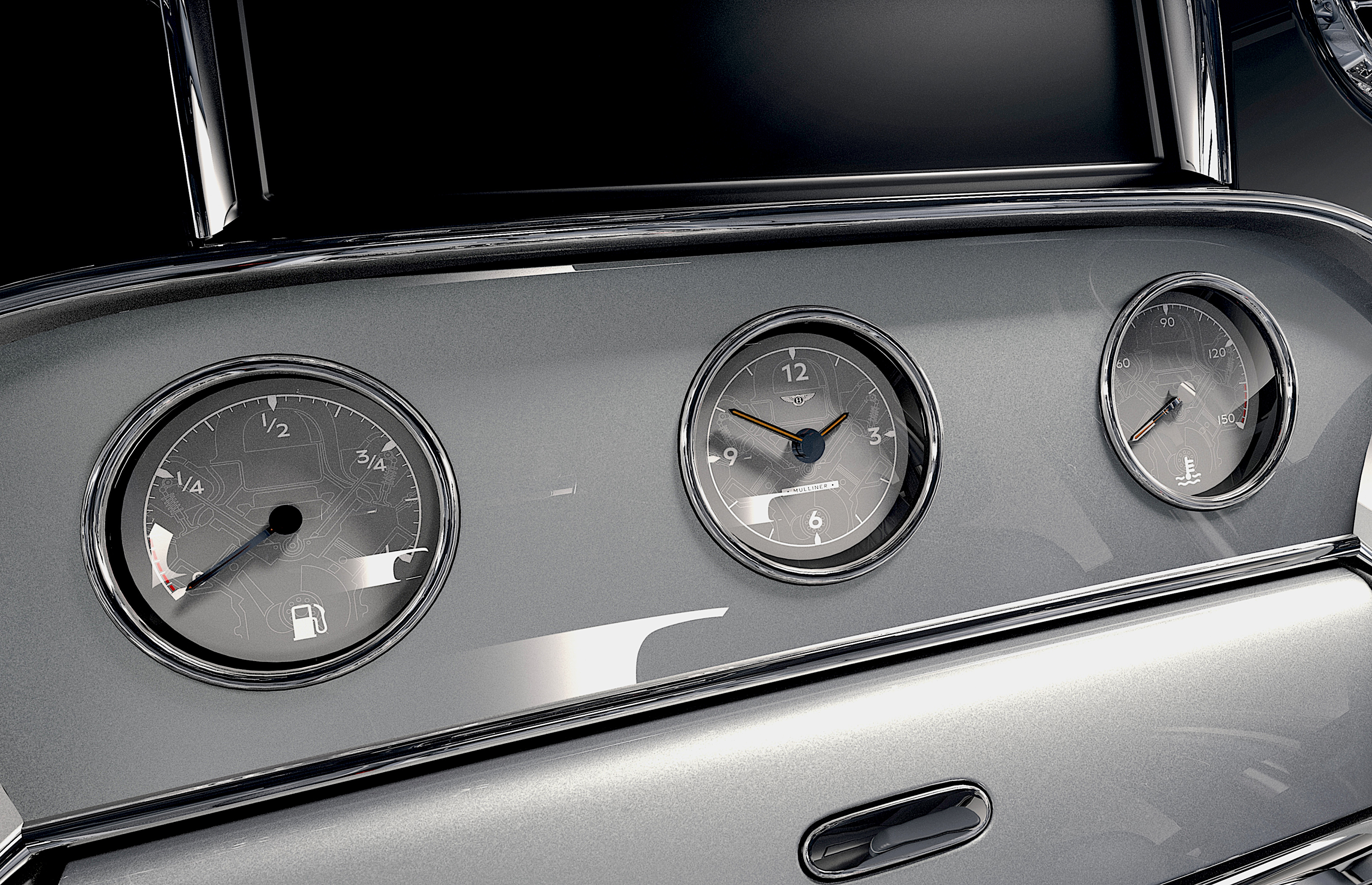 Bentley will send off the Mulsanne, and the 6.75-liter V8, with a limited-edition run of 30 cars, the Mulsanne 6.75 Edition by Mulliner. Millionaire gearheads will appreciate that these last cars will feature cutaway schematic drawings of the engine on the faces of the clock and small gauges.

In this final iteration, the V8 engine is twin-turbocharged to produce 530 horsepower and, more critically, 811 lb.-ft. of smooth, seamless torque. The original engine was naturally aspirated, and carbureted, with a displacement of 6.25 liters, and produced 183 horsepower and 258 lb.-ft., demonstrating the advancement of technology over the intervening 61 years.

Even more incredible is the reduction in pollution from the engine at the same time. The early engines produced 7 grams of unburned hydrocarbons per mile, while the rating for today’s engine is 0.09 grams per mile. The Bentley engineering team hypothesizes that the current engine could idle while burning nothing but the exhaust from its predecessor!Bentley launched the V8 engine project in 1953 to replace its incumbent 4.6-liter inline six-cylinder engine. Assistant chief engineer Harry Grylls outlined the parameters of the assignment with five fundamental requirements: 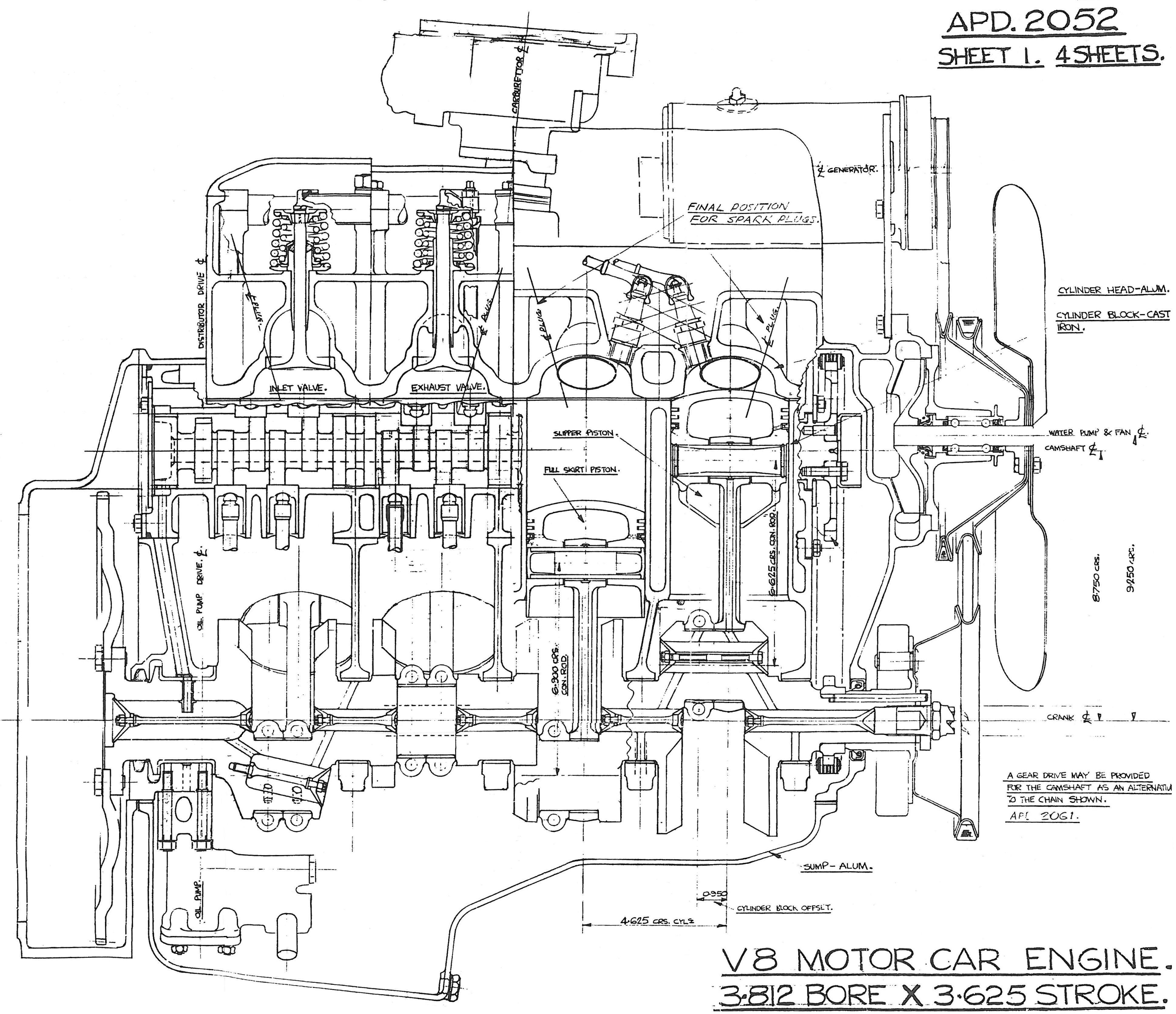 The Advanced Design Project V8 of 1953 was a predecessor design to the eventual Bentley V8. Image source: Bentley Motors

The Aero Design Standards pointed the team toward a deeply skirted aluminum block for light weight and maximum rigidity, as employed in the Merlin aircraft engine. Similarly, the cylinder heads were also aluminum, and the camshaft employed a robust gear drive system rather than the more commonplace timing chain.

The engine also had many features meant to ensure durability, including the use of “waisted” fasteners that are thinner in the shaft area than the threaded portion to avoid concentrating stress at the junction between the two. The aluminum block employed top-down wet iron cylinder sleeves for durability and the aluminum cylinder heads included austenitic steel inserts for the valve seats. The company proved the effectiveness of these measures in a test that ran the engine at wide-open throttle for 500 hours. Benchmarked V8 engines available at that time from American carmakers failed the test in less than 100 hours. 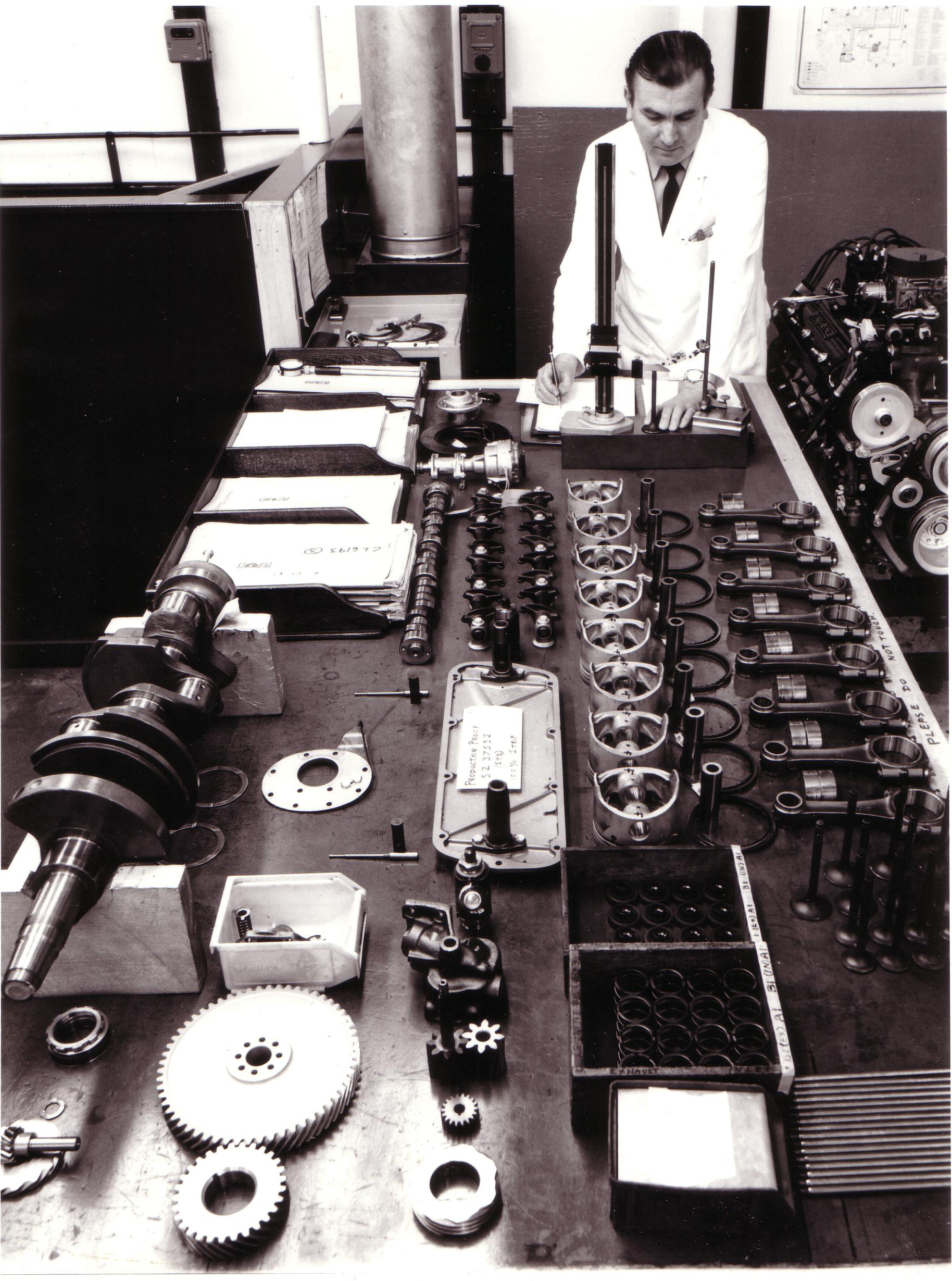 After 100 hours of testing, a Bentley V8 engine is disassembled for inspection. Image source: Bentley Motors

The initial design of the overhead valve engine employed splayed intake and exhaust valves with a semi-hemispherical combustion chamber, another common feature of the aircraft engines. Also, engines with these wide heads atop only fit in the Bentley theoretically, as installation was impossible while bolted to the transmission. So the engineering team switched to less-efficient wedge-shaped combustion chambers with the valves in a neat row to produce narrower heads that let the wider V-shaped engine slide into the space designed for an inline engine.Displacement bumped up to the present 6.75 liters in 1970 by increasing stroke to 3.9 inches from the original 3.6 inches, a change that saw power increase to 210 hp and 288 lb.-ft. Fuel injection in 1980 bumped torque to 332 lb.-ft., but power really started to take off with the arrival of a turbocharger in 1983 that boosted the engine to 297 hp and an attention-getting 450 lb.-ft.

At this point, the engine needed some updating to produce and withstand any more power, which arrived in 2008 with numbers of 500 hp and 774 lb.-ft. The changes included forged connecting rods, cross-bolted main bearing caps and structural reinforcement to the block, which all contributed to reduced vibration and increased durability. “There has been a lot of structural analysis on the engine,” Seipel remarked. “It was drastically changed over time to be very structurally rigid to cope with the increases.”

Bentley also kept the engine current by replacing some existing parts with alternatives from the Volkswagen corporate parts bin. That meant things like sensors and actuators, tough bearings borrowed from diesel engines, and the water pump and cam phaser from the W12. 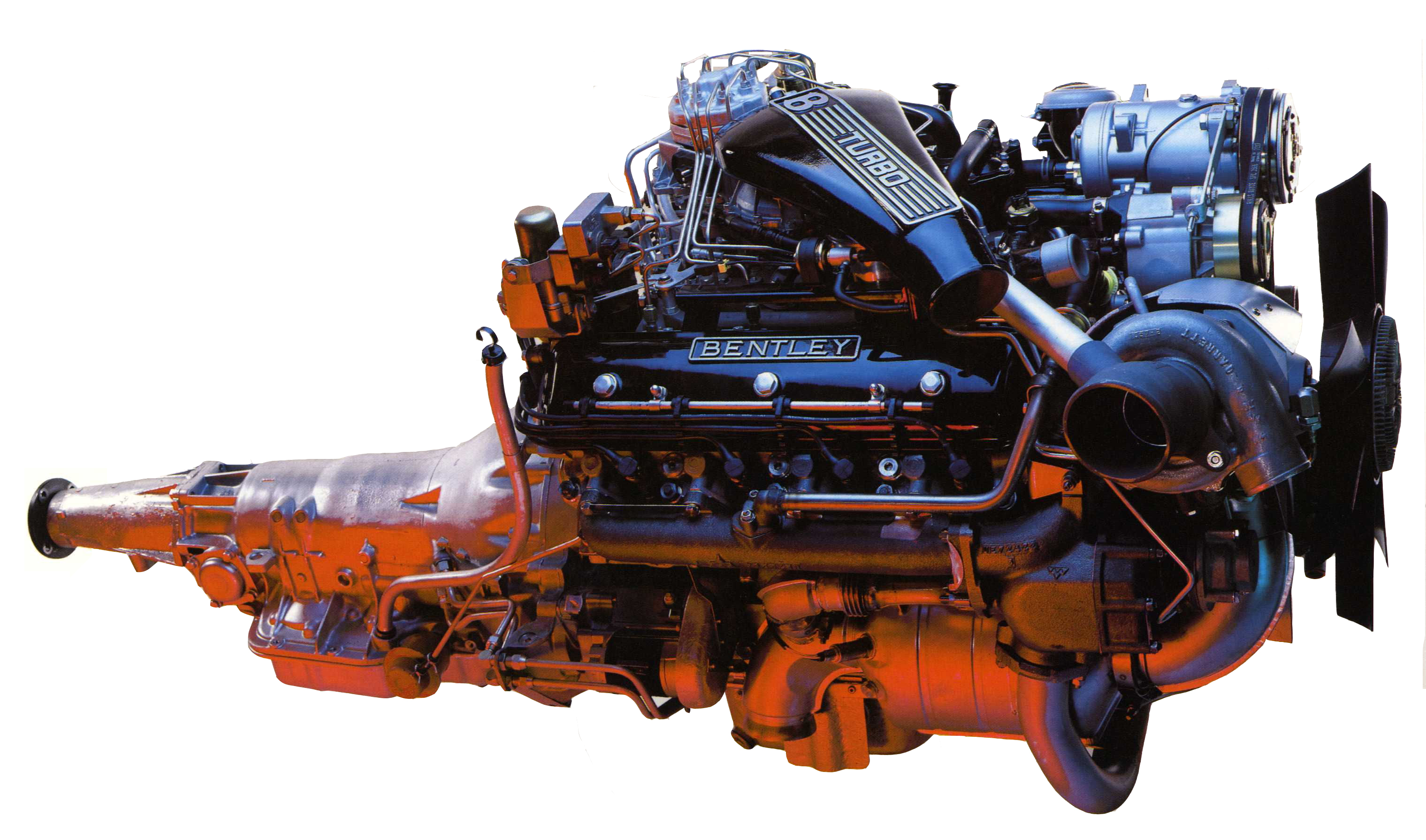 All the engine’s traditional Imperial fasteners were replaced by modern-sized metric equivalents, though upon reflection, Seipel came upon a possible holdover. “The oil cooler fittings are probably British Standard Pipe,” he mused, half joking, half serious.

Relying on the parts bin for proven components allowed engineers to focus on work like redesigning the crankshaft and pistons, according to the company. The work whittled 41 lbs. of mass from the engine.

More tweaks for 2010 saw the engine achieve today’s output of 530 hp and 811 lb.-ft., but that doesn’t mean they’ve left it alone since then. Instead, Bentley’s team focused on improving efficiency, smoothness and exhaust emissions. That included a 2017 redesign of the cylinder heads, with their wedge combustion chambers, to induce more swirl in the intake charge to create more homogeneous air-fuel mixture in the combustion chamber.

“The old lower capacity engines are quite smooth,” Seipel noted. “When you start stretching the performance things like idle can go in the wrong direction so you have to do work to maintain customers’ expectations.” 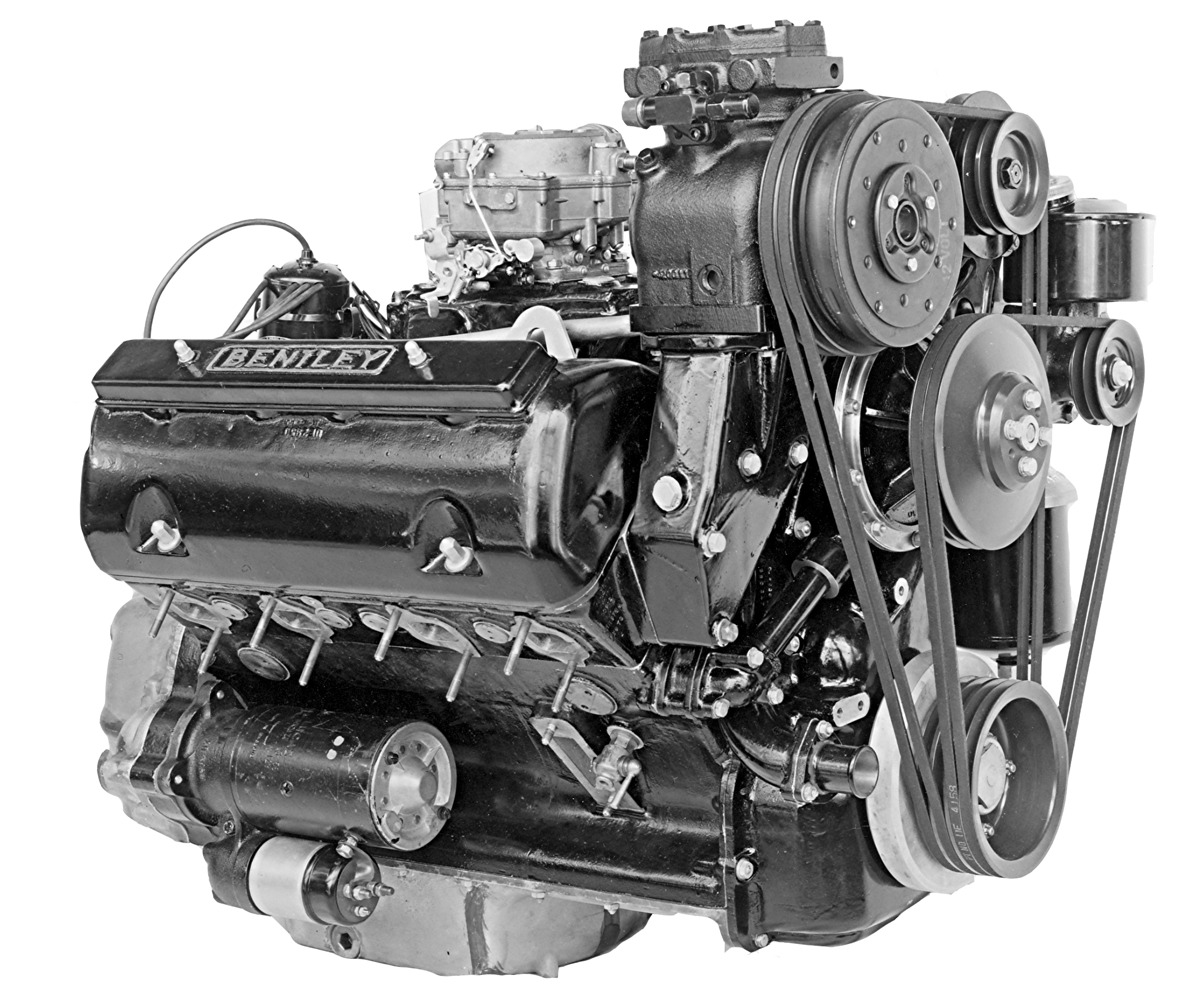 The deep skirt of the original V8 visible here is one of the keys to the engine's enduring presence in Bentley's lineup. Image source: Bentley Motors

This sort of relentless improvement of an already-superb engine seems like a fitting tribute to Bentley’s original Aero Design Standard philosophy, even if the Rolls-Royce aircraft engine business has long since separated from the Rolls-Royce and Bentley automotive companies. And here’s hoping that the Mulsanne’s oil cooler really still has British Standard Pipe fittings, as a secret technical Easter Egg tribute to the V8’s ancient English origins.