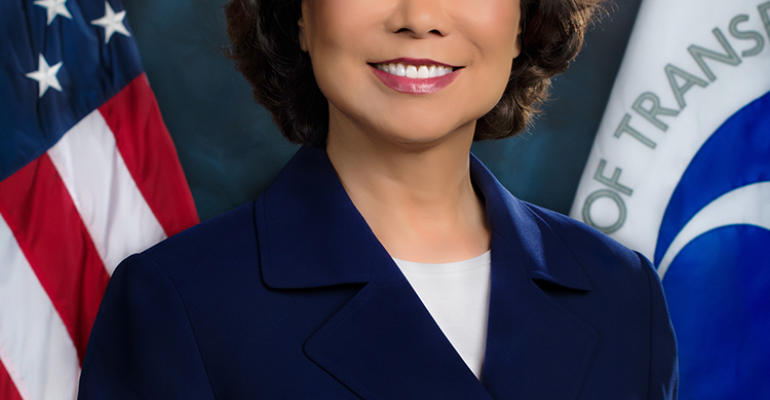 In an effort to speed development of autonomous vehicle technology, the US Department of Transportation on Tuesday rolled out an initiative that would help automakers put self-driving cars on public roads more quickly.

The initiative, unveiled by Transportation Secretary Elaine L. Chao, aims to promote safety while clarifying the regulatory role of federal and state governments. In a 36-page supporting document, the initiative provides “voluntary guidance” for autonomous car developers on such matters as crashworthiness, cyber security, and human machine interfaces.

“The US Department of Transportation has a role to play in building and shaping this future by developing a regulatory framework that encourages, rather than hampers, the safe development, testing and deployment of automated vehicle technology,” Secretary Chao wrote in the document’s introductory message.

The regulatory framework is important to automakers and industry suppliers, many of whom are concerned that a patchwork of different laws in each state could slow development of the technology. “For every state to set its own safety standards for automated vehicles would be problematic,” Sam Abuelsamid, senior analyst for Navigant Research, told Design News. “It would become very complicated for developers to validate what they’re doing.”

Under the current regulatory model for conventional vehicles, federal agencies are responsible for safety and fuel efficiency, while states handle speed limits, licensing requirements and insurance. In general, automakers and Tier One suppliers want to maintain that model. “Their real concern is having a mish-mash of different safety standards across the country,” Abuelsamid said.

Reaction to the new initiative, and to a similarly-styled Self Drive Act passed by the US House of Representatives last week, has been mixed. Doug Davis, senior vice president and general manager of Intel Corp.’s Automated Driving Group, “applauded” the DOT initiative in a prepared statement, saying it “drives us closer to Intel’s vision for autonomous transportation, including zero accidents and mobility for all.”

Meanwhile, consumer groups voiced concern. “This isn’t a vision for safety,” John M. Simpson, head of privacy for Consumer Watchdog, wrote on the organization’s website. “It’s a roadmap that allows manufacturers to do whatever they want, wherever and whenever they want, turning our roads into private laboratories for robot cars with no regard for our safety.”

Experts also expressed concern over a lack of performance standards for autonomous sensing systems, as well as for potential regulatory loopholes, which might allow automakers to build test vehicles without steering wheels or brake pedals. “Until the developer can validate that their technology works reliably, they shouldn’t be putting cars on the road that don’t have a mechanism for a person to take over,” Abuelsamid said. “At the very least, there should be a kill switch that stops the vehicle.”