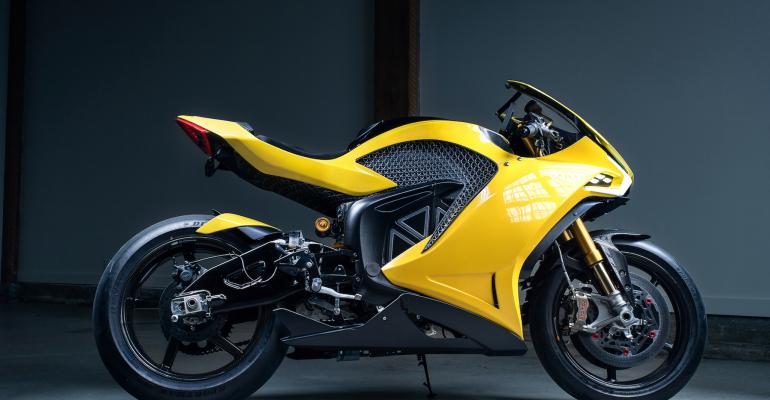 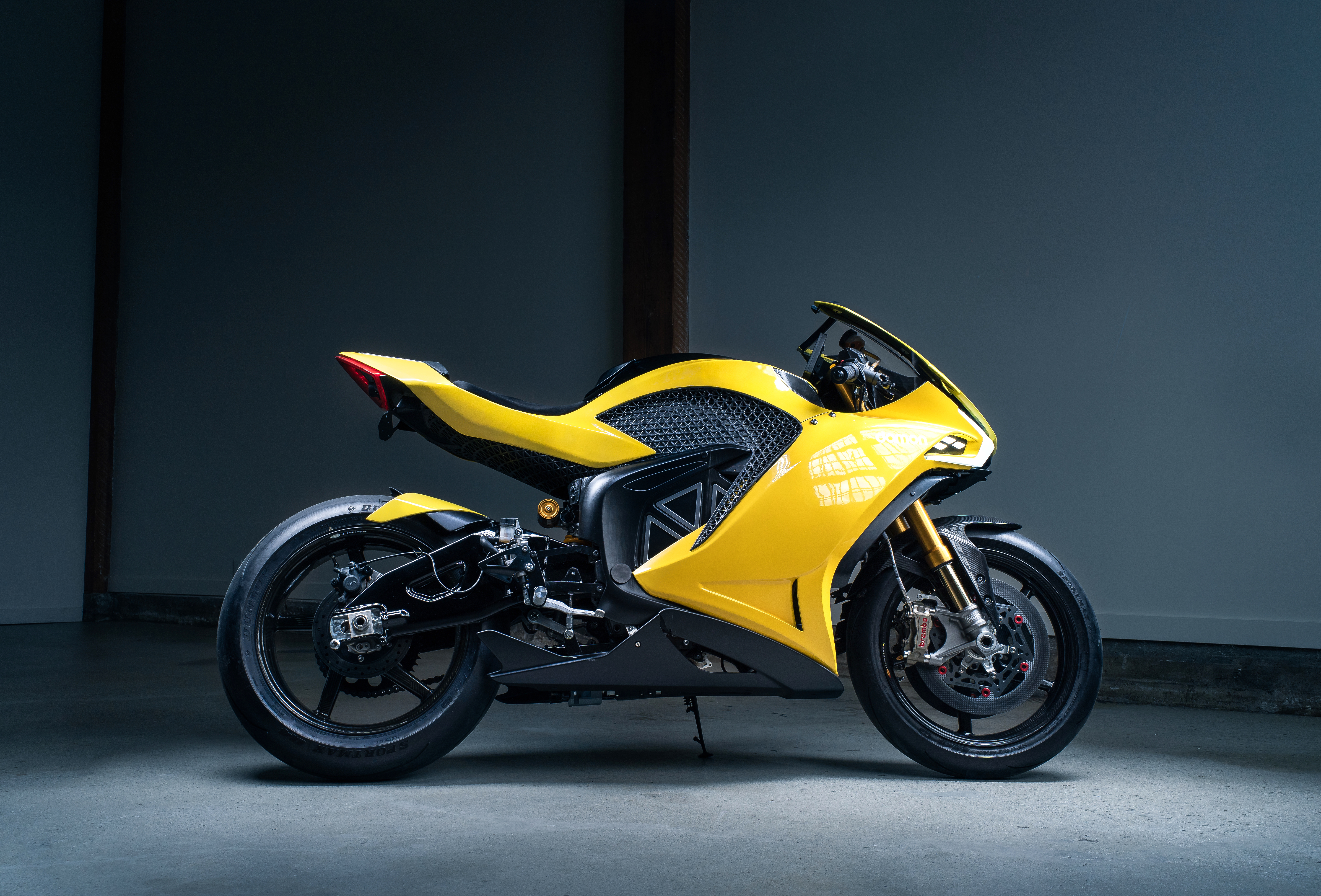 The founders of Vancouver’s Damon Motorcycles sought to use technology to make motorcycling safer. Plan A was to develop a sensor-laden helmet to aid the rider’s situational awareness, reports chief technical officer and Damon co-founder Dom Kwong.

But upon consideration, Kwong and co-founder and CEO Jay Girard concluded that it would be better to build safety tech into the motorcycles themselves rather than the helmet. Which meant they’d have to actually build those bikes with the integrated safety systems they imagined.

The resulting Damon Hypersport debuted to acclaim at the Consumer Electronics Show, a venue made appropriate not only by the presence of the electronic safety systems but also by the fact that the Hypersport is a battery electric motorcycle. They decided to go with electric drive because they observed that electric power would be the expected standard going forward, Kwong explained. 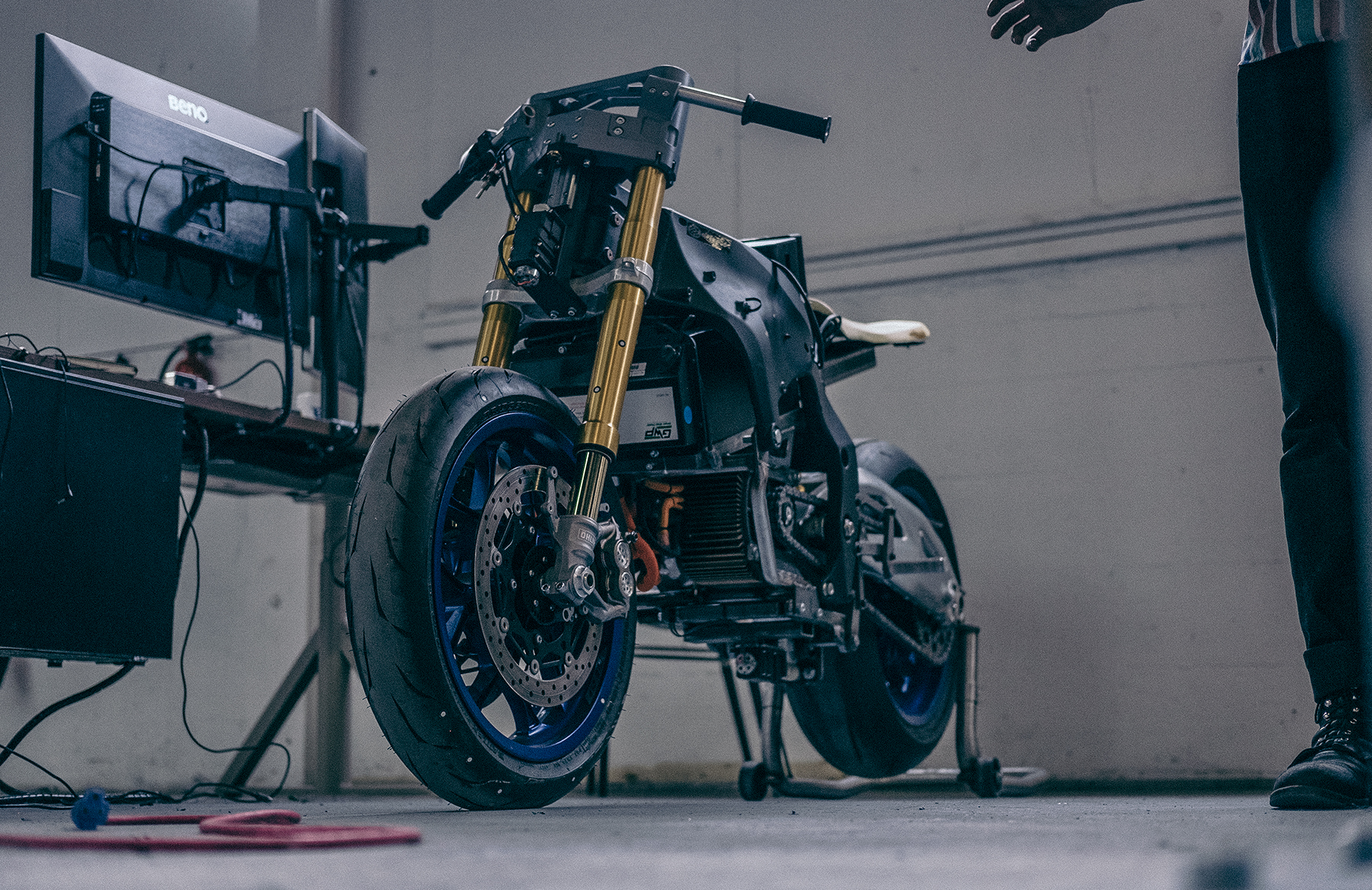 For a machine that could be seen as the delivery mechanism for safety systems, the Hypersport is impressively executed and boasts amazing specifications. To start: 200 horsepower and 200 miles of highway riding range. In urban riding, with lower speeds and the opportunity to frequently recover energy from regenerative braking extends the riding range on a charge to 300 miles, according to Kwong. Aerodynamic drag at increased speed kills EV range, and Damon concedes that when riding at a more realistic 70 mph highway speed, the Hypersport’s range drops to a still-healthy 160 miles.

Even with a 21.5 kilowatt-hour lithium-ion battery pack providing that range, the Hypersport weighs a reasonable 440 lbs. For comparison, the original Nissan Leaf electric car had a 24 kWh battery pack. As an EV, there’s no opportunity to cook the books with a bogus “dry” weight in which the bike is weighed sans fluids. It does have hydraulic brakes, so technically they could shave a few ounces by draining the brake fluid!

As with other EVs, acceleration is a strong point for the Hypersport, with the bike reaching 60 mph in less than 3.0 seconds. The Hypersport’s unique quality as a motorcycle is its Shift system for adjustability, which provides for raising the handlebars, angling the windshield upward, lowering the seat and raising the footpegs.

This means that the Hypersport can switch from track attack mode to commuting mode on the fly, as all the adjustments are electrically powered. This range of adjustability also lets the bike’s dimensions change to exactly suit the rider, making it a better fit for people throughout the size spectrum.

All of this exists in service to what Damon terms CoPilot. CoPilot is a network of sensors connected to an onboard neural net that scans ahead and behind for hazards and warns the rider through an array of LEDs on the trailing edge of the windscreen as well as through haptic feedback in the handlebars.

In addition to scanning in the vicinity of the bike with 1080p cameras and 77 Ghz radar, CoPilot also scans the rider, looking at the grip force on the handgrips, the rider’s position on the seat and the smoothness of control inputs to gauge the rider’s comfort level and expertise. These factors could be used to govern the Hypersport’s power or to apply more aggressive assistance via traction control and antilock braking.

But those kinds of systems are reactive, and CoPilot’s purpose is to proactively help the rider, explained Kwong. Realizing that distracting or confusing riders with feedback from sensors would be even worse than having no information at all, Damon aimed to make the information presented to riders as simple and obvious as possible, he said. That means a solid bar of red LEDs and vibration through the handlebars if a forward collision is imminent. Amber LEDs on the left and right sides of the windscreen provide blind spot warning.

The rear-facing camera replaces the frequently useless rear-view mirrors that adorn sport motorcycles with a wide-angle display on the instrument panel that helps inform the rider of what’s happening behind, while the rear radar will call the rider’s attention to the screen if it detects a fast-closing object that threatens to rear-end the motorcycle.

“Anti-lock brakes and traction control are reactive systems,” said Kwong. “That’s already happened. We’re providing information to the rider so they can avoid the accident.”

This includes when the bike is stationary, because stopped motorcyclists seem to be the frequent victims of impact by drivers who never see them right ahead. “Stopped in traffic you’re a sitting duck,” said Kwong. Such riders typically never even realize that the car is bearing down on them, but with the Hypersport’s sensors, they can get an early warning. 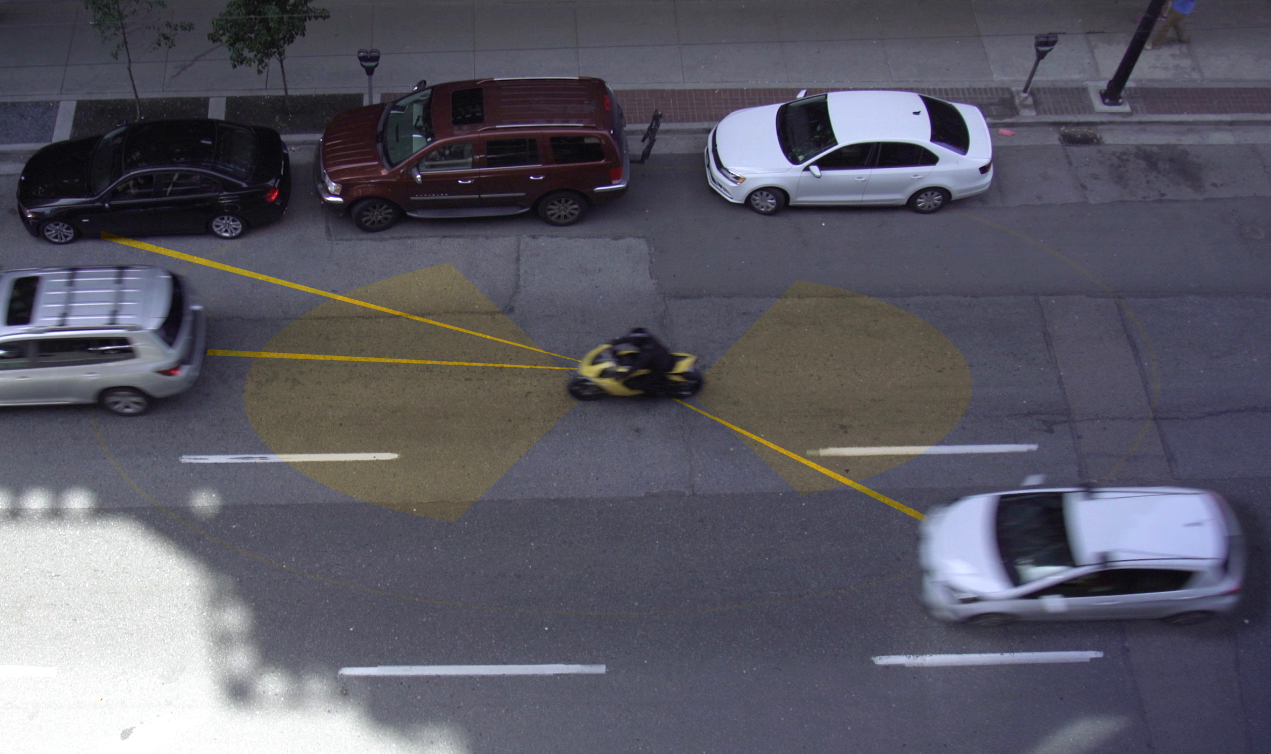 “Now I have three options,” said Kwong. “I can move the bike, jump out of the way or at least brace for impact. At least you have an awareness that something is going to happen.”

The Hypersport’s simple LED indicators and vibrating hand grips are designed so that riders will process their meaning instantly, Kwong explained. “I don’t want my riders to have to think, ‘What does this alert mean?’”

That’s why he chose the haptic feedback for collision warning. “Vibration is a very visceral experience,” he said. 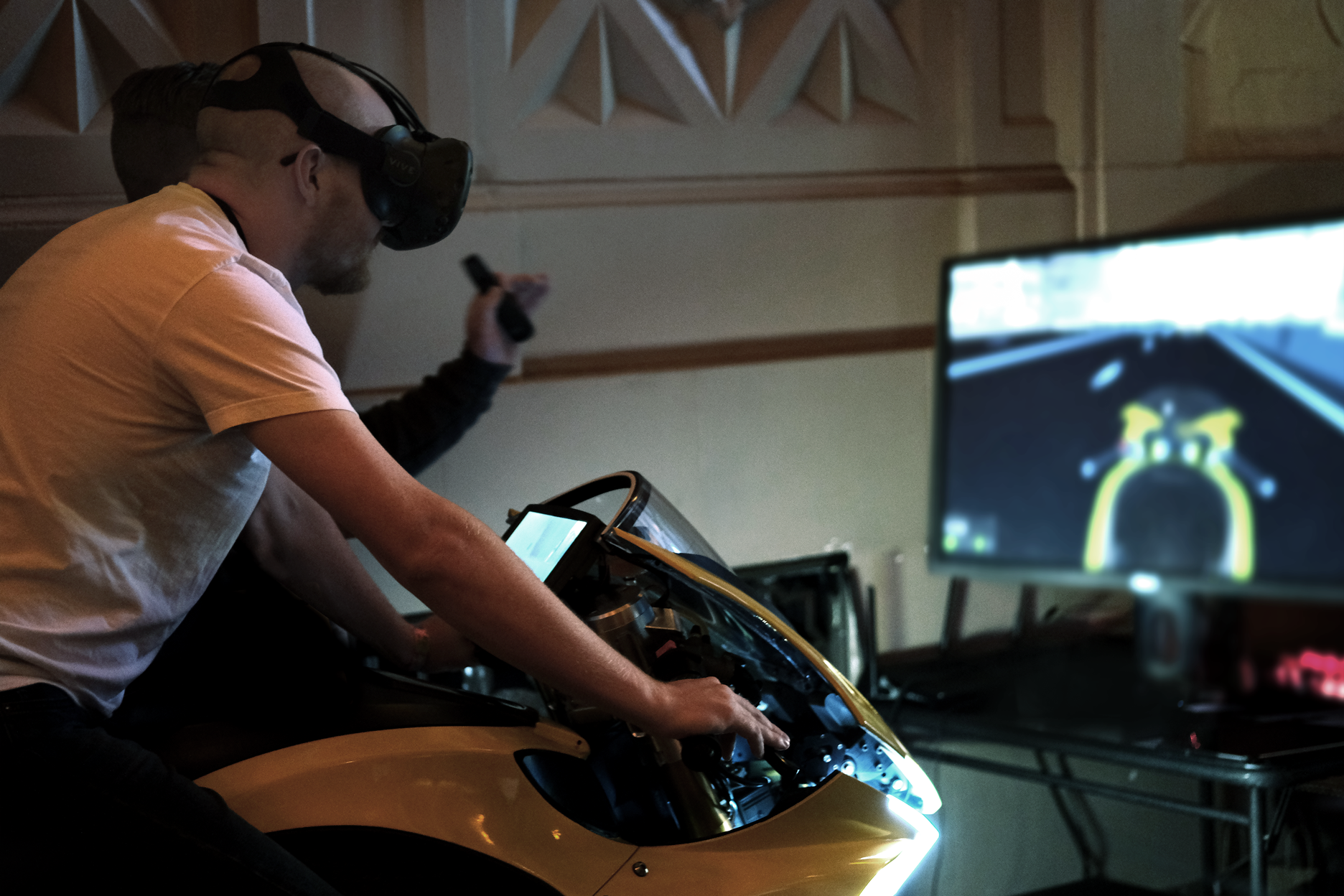 And the color and location of the LED warning lights contribute to the clarity of those alerts too. “These are very simple visual cues. I want the rider not to have to think about what is going on.”

Damon, which draws its name from the co-founder Girard’s first name, will start delivering motorcycles to customers from its Vancouver headquarters in 2021, according to Kwong, with a starting base price of $24,995.

A limited-edition model outfitted with premium components from Brembo and Ohlins will be available, and the brake and suspension suppliers for the regular base model have not yet been settled, he said.

In either case, the Hypersport will make a very interesting platform for the delivery of Damon’s CoPilot safety technology. 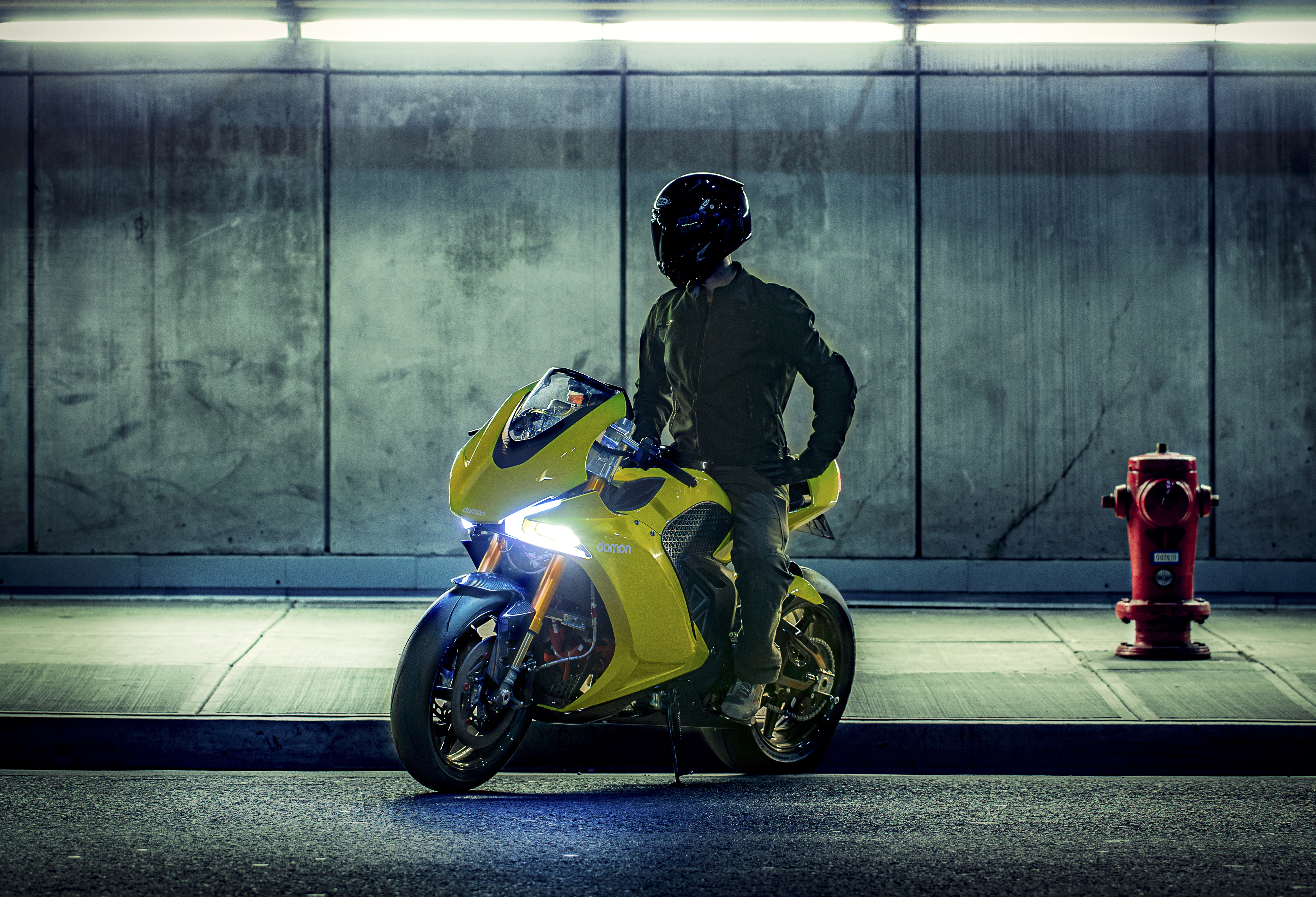