Concern about spreading the COVID-19 coronavirus caused organizers to cancel this years's Geneva International Motor Show, but that couldn't stop the annual flood of incredible new machines from being released to the press. Car makers hosted live-streamed press conferences at their own headquarters.

While Aston Martin design has been thoroughly contemporary since the debut of its DB11 family, the company decided to take another look back at its illustrious heritage with the limited-production 88-car run of stripped-down V12 Speedsters.

The $950,000 car rolls on an aluminum chassis that borrow technology from the Vantage and DB11 and wraps it all in carbon fiber bodywork no roof or windshield. The Speedster’s 700-horsepower 5.2-liter twin-turbocharged V12 engine rockets the car to 60 mph in less than 3.5 seconds and to a top speed of 186 mph.  “Driving doesn’t get any purer than this,” states Aston Martin chief engineer Matt Becker.

Bentley is building a limited run of just a dozen of these hand-built two-seat convertibles to inaugurate the return of special coachbuilt models for its top customers. As such, all 12 of the cars are already spoken for, but we can admire their 650-horsepower twin-turbocharged 6.0-liter W12 engines as much as their unique styling, which is inspired by the EXP 100GT concept car from 2019.

While the Bacalar’s active all-wheel drive system is the height of modernity, its wood trim comes from 5,000-year-old wood recovered from English river bottoms.

The Bugatti Chiron is already an extreme machine, so for Bugatti to boost performance further required the engineering team to attack the details. That meant shaving 110 lbs. of weight from the car while boosting aerodynamic downforce to increase grip and mounting newly developed Michelin tires that increase lateral acceleration by 10 percent.

Front springs are 65 percent stiffer and rear springs are 33 percent stiffer to accommodate the increased downforce and lateral grip. The car’s 1,500-horsepower 8.0-liter, quad-turbo W16 engine is unchanged, but the transmission’s gear ratios are now closer together.

The 1,250-horsepower Czinger 21C (21st Century) carries its driver and passenger in tandem, in the center of the car for ideal balance. With only 2,640 lb. of mass to accelerate, the 21C explodes to 60 mph in less than 1.9 (!) seconds and it blasts through the quarter mile in 8.1 seconds.

Power is from a mid-mounted 2.88-liter twin-turbocharged flat-crankshaft V8 driving the rear wheels through a 7-speed automated manual transmission and electric motors powering each of the front wheels.

The all-electric 1,100-horsepower Carmen Boulogne employs extensive use of carbon fiber to keep mass to 3,585 lbs., which is a challenge considering the weight of its lithium-polymer 80 kilowatt-hour battery pack.

Top speed is 180 mph, but if you drive with a lighter foot, the Carmen Boulogne will go 250 miles on a charge.

Hyundai’s not an exotic car maker like some of these others, but the company knows that it has an exotic-looking concept car in the Prophesy, which is probably why they chose the Geneva show for its debut.

The Prophesy is even more exotic inside, where it dispenses with a traditional steering wheel in favor of dual joysticks for driving the car. Hyundai also seeks to improve the efficiency of the Prophesy’s air conditioning system with an air circulation system that it says reduces the drain on the car’s propulsion batteries from the air conditioner.

Swedish exotic car specialist Koenigsegg terms the Gemera a “megacar,” which sounds like hyperbole, but which might be supportable by the car’s crazy specifications. Consider that it employs a 600-horsepower 3-cylinder engine mounted in the middle of the car that drives the front wheels. It is augmented by a 400-horsepower electric motor powering the front wheels and a pair of 500-horsepower electric motors for the rear wheels. Peak system power is 1,700 horsepower.

The car’s 800-volt 15 kilowatt-hour battery pack stores enough energy for 31 miles of electric-only driving range, while the combustion engine can burn pure alcohol or methanol for reduced CO2 footprint. It can also accommodate the more commonly available E85 ethanol/gasoline blend or even straight gasoline if needed.

The Gemera is Koenigsegg’s first four-seater and production is limited to 300 examples. The company explains that the car’s name is not a reference to the similarly spelled Japanese movie monster, but rather to the Swedish term “ge,” which means “to give” and “mera,” which means “more.”

British sports car maker McLaren Automotive is extending its family of “longtail” maximum performance models whose heritage extends back to the company’s F1 longtail edition which won the 24 Hours of Le Mans in the 1990s.

This new speedster is derived from the company’s much-loved 720S, but with a boost to 755 horsepower and 590 lb.-ft. from its twin-turbocharged 4.0-liter V8 combustion engine. The ratios of the 7-speed dual-clutch gearbox have been optimized for quicker acceleration.

A mass reduction program has shaved 176 lbs. from the 765LT’s curb weight though the use of components like a titanium exhaust, thinner glass, and forged aluminum wheels, plus the deletion of the air conditioning and audio systems.

“Precept is a declaration, a vision of what Polestar stands for and what makes the brand relevant,” comments Thomas Ingenlath, CEO of Polestar. “The car is a response to the clear challenges our society and industry face.”

It is a four-door electric vehicle for minimal environmental impact and it is equipped with roof-mounted LIDAR, two radar sensors and a high-definition video camera for maximum safety assistance.

The car’s flax-based composite interior panels and seatbacks provide a 50 percent weight reduction and an 80 percent reduction in waste compared to plastics. Seating surfaces are 3D knitted from recycled plastic bottles and the carpet is made from reclaimed fishing nets.

The Morphoz is an all-electric crossover SUV with a 40 kilowatt-hour battery pack with a 250-mile around-town driving range. But what is special about this car is its ability to stretch from a city driving length of 173 inches to 189 inches for extra legroom and cargo capacity.

Not only that, but the added length increases the space for an extra battery pack, boosting capacity to 50 kWh and yielding a predicted 438 miles of highway driving range.

Inside, the Morphoz morphs from a human-driven car to an autonomous one that lets the front seats swivel around to face the rear. 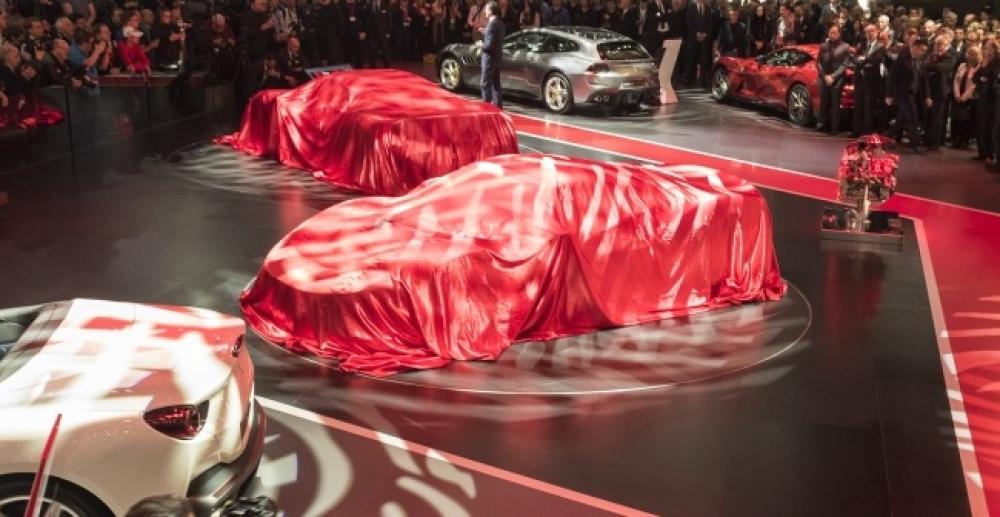