Aston Martin has a long, proud history of producing limited production, special body and one-off sports cars that are instantly collectible classics. The new V12 Speedster joins a family of predecessors that include the 1957 DBR1 and the 2003 DB7 Zagato.

1957 Aston Martin DBR1 Designed by Ted Cutting, the DBR1 had a multi-tube chassis, torsion bar suspension and an all-aluminium six-cylinder racing engine, originally of 2.5 litres (to the early rules) and from 1958 3 litres. Its single-car 1956 Le Mans debut ended in retirement but the DBR1 started winning in 1957 (at Spa and the Nürburgring), and completed a Nürburgring hat-trick in 1959, by which time five examples had been built. Image source: Aston Martin Lagonda

1960 Aston Martin DB4 GT Zagato At the October 1960 London Motor Show, an even lighter DB4GT was unveiled with elegant lightweight two-seater bodywork built by Carrozzeria Zagato of Milan. Its 3.7-litre twin-plug engine had a higher compression ratio and now developed a claimed 314 bhp. A production run of 25 was planned, at a UK cost of £5157 including tax, but only 19 were made. The design of the gorgeous bodywork, amazingly, was by newlyqualified 23-year-old Ercole Spada, who had joined Zagato as an apprentice in February 1960. Image source: Aston Martin Lagonda

1966 Aston Martin DBSC Initially known as the ‘DBS by Touring,’ the DBSC was first seen at the Paris show in 1966 and was dubbed the ‘170 mph car’. Touring of Milan, despite being in receivership, undertook the design and creation of a car aimed at replacing the successful Aston Martin DB6. Based upon the running gear of a DB6 but involving the re-positioning of the engine within the new Touring body, further development work was urgently needed to make the DBSC a production ready car. Only two prototypes, one right- and one left-hand drive were built. Image source: Aston Martin Lagonda

2003 Aston Martin DB7 Zagato ​The DB7 Zagato was conceived over dinner at the 2001 Pebble Beach Concours when Aston Martin CEO Dr. Ulrich Bez and Dr. Andrea Zagato of the Italian coachbuilding dynasty decided that a third generation Aston Martin Zagato was a real possibility. After preliminary designs by Zagato’s Chief Designer Nori Harada were reviewedby an Aston Martin team headed by the company’s new Director of Design Henrik Fisker, the project was announced at the 2002 Geneva Motor Show. The plan was to build just 99 examples of the new Zagato, with 75 orders needed before the project became viable. Aston Martin need not have worried: before the press launch later that month, all 99 had been spoken for, with over 100 on the waiting list! Image source: Aston Martin Lagonda

2010 Aston Martin ONE-77 Aston Martin’s One-77 hypercar was revealed at the March 2009 Geneva Motor Show, where a metallic blue mockup and rolling chassis with its entire powertrain were on display. A deposit of £200,000 was needed to secure this most exclusive Aston Martin of the era, whose production run was to be limited to just 77 examples. The finished car made its bow in late April 2009 at the Concorso d’Eleganza Ville d’Este on the shores of Lake Como, winning the Design Award for Concept Cars and Prototypes. Fusing advanced technology with stunning design, the million-pound, 7.3 litre V12 One-77 was revealed as the fastest-ever Aston Martin, with the top speed of 220mph. Image source: Aston Martin Lagonda

2013 Aston Martin CC100 ​Aston Martin celebrated its centenary by returning to its sporting roots with the one-off CC100 Speedster Concept car, which made its world debut in May 2013 in appropriate style by lapping the awesome Nürburgring Nordscleife circuit at Germany’s ADAC Zurich 24-Hours race meeting alongside the 1959 1000km race-winning DBR1 driven by racing legend Sir Stirling Moss. Created as a stunning celebration of Aston Martin’s 100 years of sports car excellence, the unique CC100 honours the past and the DBR1 – Aston Martin’s greatest sporting triumph – and looks to the future with tantalising glimpses of potential future design trends. Image source: Aston Martin Lagonda 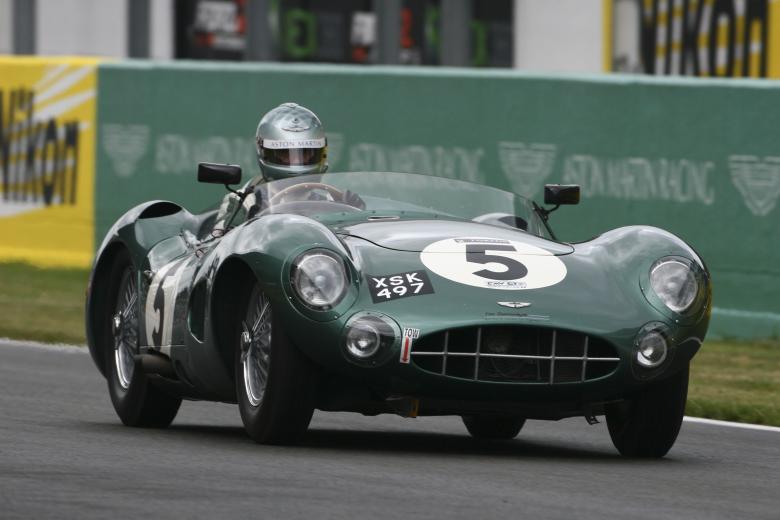