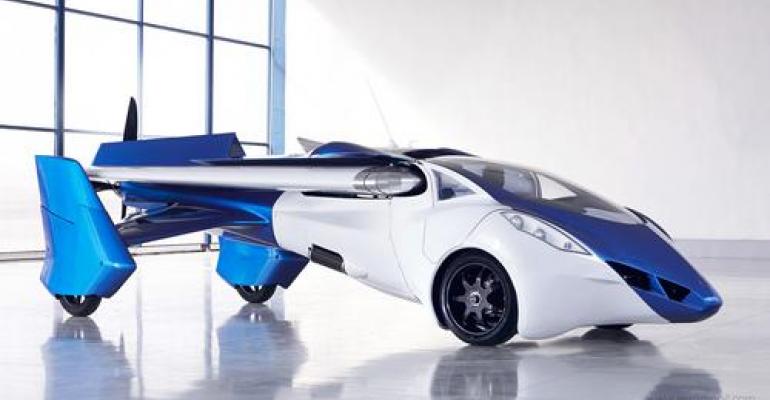 If Back to the Future 2 holds your standards for technology there are a lot of things we should have by now -- one of them being flying cars. But while modified DeLoreans haven't dotted the skies, Slovakia-based AeroMobil says we'll be seeing flying cars on the markets soon as 2017. 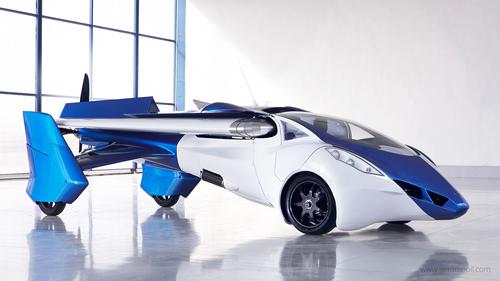 Speaking at SXSW Interactive 2015, AeroMobil co-founder and CEO Juraj Vaculik talked about his company's vision for a future where flying cars are just as ubiquitous as planes, trains, and standard automobiles.

The company has already unveiled a prototype for its "Flying Roadster," the AeroMobil 3.0. The two-seater functions as both a car and personal airplane, measuring at about 328 x 236 inches in airplane mode and 88 x 236 inches in car mode with its wings collapsed -- thin enough but too long to qualify as a compact car in the US.

The steel framework, carbon coating construction has a Rotax 912 engine under the hood with a top speed of 124 mph when flying and 99 mph on the road -- though Vaculik said the final version may be faster. The vehicle has a 81 mph takeoff speed.

MORE FROM DESIGN NEWS: The 9 Most Innovative Technology Startups of SXSW 2015

Vaculik also emphasized the AeroMobil 3.0's need for only 650 ft for takeoff and 160 ft to land -- meaning the vehicle can land in a field of grass or onto existing highways without the need for new or special airports.

He didn't comment on the effect that having planes landing on the highways might have on rush-hour traffic but did say that AeroMobil is initially targeting medium-distance travel. As a plane the AeroMobil 3.0 has a reported range of 435 miles and 545 miles on the road. It won't take you cross country but it is plenty for a trip from say, LA to Vegas. Vaculik said the vehicle also runs on regular gasoline so there will be no need to find a special refueling spot.

While the Flying Roadster is still in development -- the working prototype is currently undergoing real flight testing -- Vaculik was confident his company could hit its 2017 mark. What's more, the company isn't just stopping at flying cars -- it wants them to be self-driving/self-flying someday, as well. Vaculik said this would only be the logical next step. He did not confirm if his company is currently developing such a product but said such a vehicle could take advantage of autonomous car and plane technology already available, including vehicle-to-vehicle communication.

AeroMobil recommends a private pilot license for its Flying Roadster but said a sport pilot license should be sufficient for early models. Right now the prototype qualifies as a Light Sports Aircraft under US regulations and as a Ultra Light aircraft in the EU.

But those excited at the possibility of flying your car to Thanksgiving dinner in two years should start saving now. The company is initially targeting the Flying Roadster at elite consumers and expects the vehicle to retail in the several hundred thousand dollar range commiserate with high-end sports car and sport aircraft prices.

Watch the AeroMobil 3.0 in action: