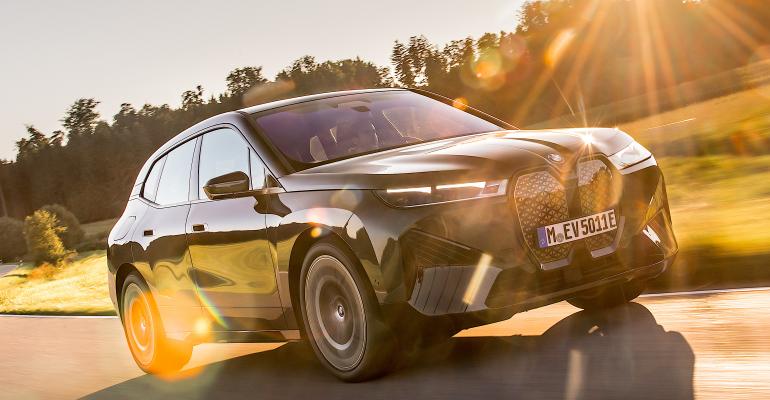 The automotive market is finally making its long-anticipated turn to electric power, as carmakers roll out a variety of models for all segments and, increasingly, all budgets. This will see a corresponding boom in production of electric motors to power these EVs, which presents a challenge.

Most EVs employ permanent magnets in their motors because it has been easier to extract satisfactory power and efficiency from such motors than from ones using electromagnets. The problem is that the strength of those permanent magnets is fortified by the use of rare earth metals, just as when the first compact headphones first debuted using this material in their speaker drivers in the 1980s.

The primary elements of concern are neodymium and dysprosium. The difference is that the magnets in car motors need a lot more of this material than those in headphone speakers. According to the U.S. Geological Survey, the amount averages 200 grams of neodymium and 30 g dysprosium average per electric motor.

Here is where we encounter the problems such increases will cause for carmakers. The ores that are extracted to recover rare earths also commonly contain radioactive elements too. The process of separating the desired rare earths from the ore employs large amounts of carcinogins like sulphate, ammonia, and hydrochloric acid, so that processing a ton of rare earth materials generates 2,000 tons of toxic waste, according to IDTechEx Research.

So there are environmental obstacles to sharply increasing rare earth metal mining. Additionally, there are geopolitical risks that could simply put these materials out of reach or make them prohibitively expensive. That’s because China controls 90 percent of the world’s supply. When a diplomatic row with Japan motivated China to restrict exports of rare earths in 2011, the price of neodymium and dysprosium rose by approximately 750 percent and 2,000 percent respectively, IDTechEx Research points out.

Dysprosium (and to a lesser extent, terbium) is added to increase the magnet’s ability to maintain magnetization at high-temperatures (this is called “coercivity”), according to Toyota. The company announced in 2018 that it had developed the world's first neodymium-reduced, heat-resistant magnet with zero dysprosium or terbium. The design cuts the amount of neodymium used by 50 percent, with a portion of the neodymium being replaced with lanthanum and cerium, which are low-cost rare earths.

Toyota found that it is possible to retain high coercivity at high temperatures through the reduction of the size of the magnet grains to one-tenth or less of those found in conventional neodymium magnets and the enlargement of the grain boundary area.

Reducing rare earths is the approach that General Motors has taken with its Ultium family of electric motors that will be used in its new EVs starting with the Hummer SUV. This lets the company stick with permanent magnet motors while reducing reliance on problematic materials, said the company’s General Director for Electrification Strategy and Cell Engineering, Tim Grewe. 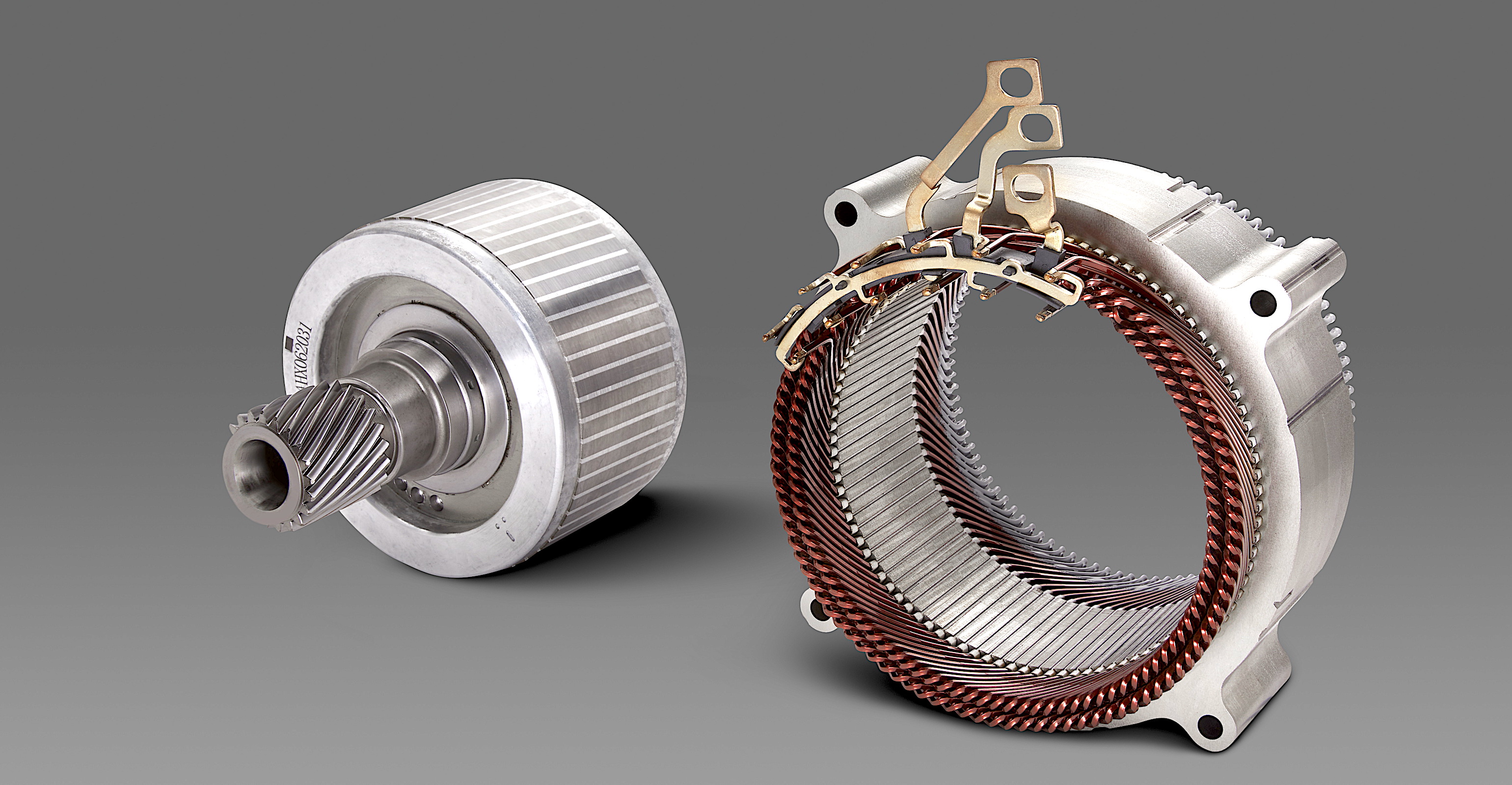 GM's 62-kilowatt induction motor is the entry level of the Ultium family and will be used in all-wheel-drive applications.

“It is a question of how do you look at the multivariable problem and solve it in different ways,” Grewe explained. “If you look at neodymium and additives like lithiates, dysprosium, terbium, we use a minimal amount, just where you need it. We put it just where we need it for the biggest effect.” As for the concerns about labor and environmental impact of mining, GM is careful where it gets those materials, he said. “We have secure, sustainable, ethically sourced material with audits,” said Grewe.

A future option for ethically sourced rare earths is under development at the Sandia National Laboratories, where researcher Guangping Xu is pursuing the extraction of these elements from coal ash, which is the toxic residue from coal-fired power plants.

Xu’s separation method employs carbon dioxide, water, and citric acid rather than the harsh chemicals used by miners. “This technique not only recovers rare-earth metals in an environmentally harmless manner but would actually improve environments by reducing the toxicity of coal waste dotting America,” said Xu.

This treatment has the bonus effect of de-toxifying the coal ash, converting it from harmful waste to a product that could be used as concrete filler or agricultural topsoil. “Theoretically, an American company could use this technique to mine coal and coal byproducts for rare-earth metals and compete with Chinese mining,” said Xu. Furthermore, for U.S. national security purposes “it is probably reasonable to have alternate sources of rare-earth metals to avoid being at the mercy of a foreign supply.”

Alternatively, carmakers could switch from permanent magnet motors to motors that use electromagnets. Tesla employs inductive electromagnets in some of its motors, and Volkswagen, Bentley, and BMW have all committed to this path to eliminate their use of rare earths entirely. While companies like GM point to the torque and efficiency advantages of permanent magnets, EV researchers at Drive System Design say there is no reason inductive magnets can’t replace them.

“Our research has demonstrated to us that induction machines could be as economically viable as their (permanent magnet) equivalents in some applications, while avoiding exposure to rare-earth material cost volatility,” the company said in a report. “It is also possible that a combination of PM and induction topologies can be used to great effect within the same vehicle (e.g. in 4 wheel drive applications) by optimally calculating the best load sharing strategy based on customer usage.” This is the strategy both GM and Tesla use in blending both kinds of motors in all-wheel drive models.

Gerhard Baumgartner, head of powertrain for BMW’s new iX electric crossover SUV explains that precise management of the motor’s electric field permits inductive motors to be as efficient and powerful as permanent magnet motors. “It is more complicated,” he admits. “It is not an easy way to do it, by controlling the electric field.” However, the result is a motor that is 93 percent efficient, Baumgartner said. 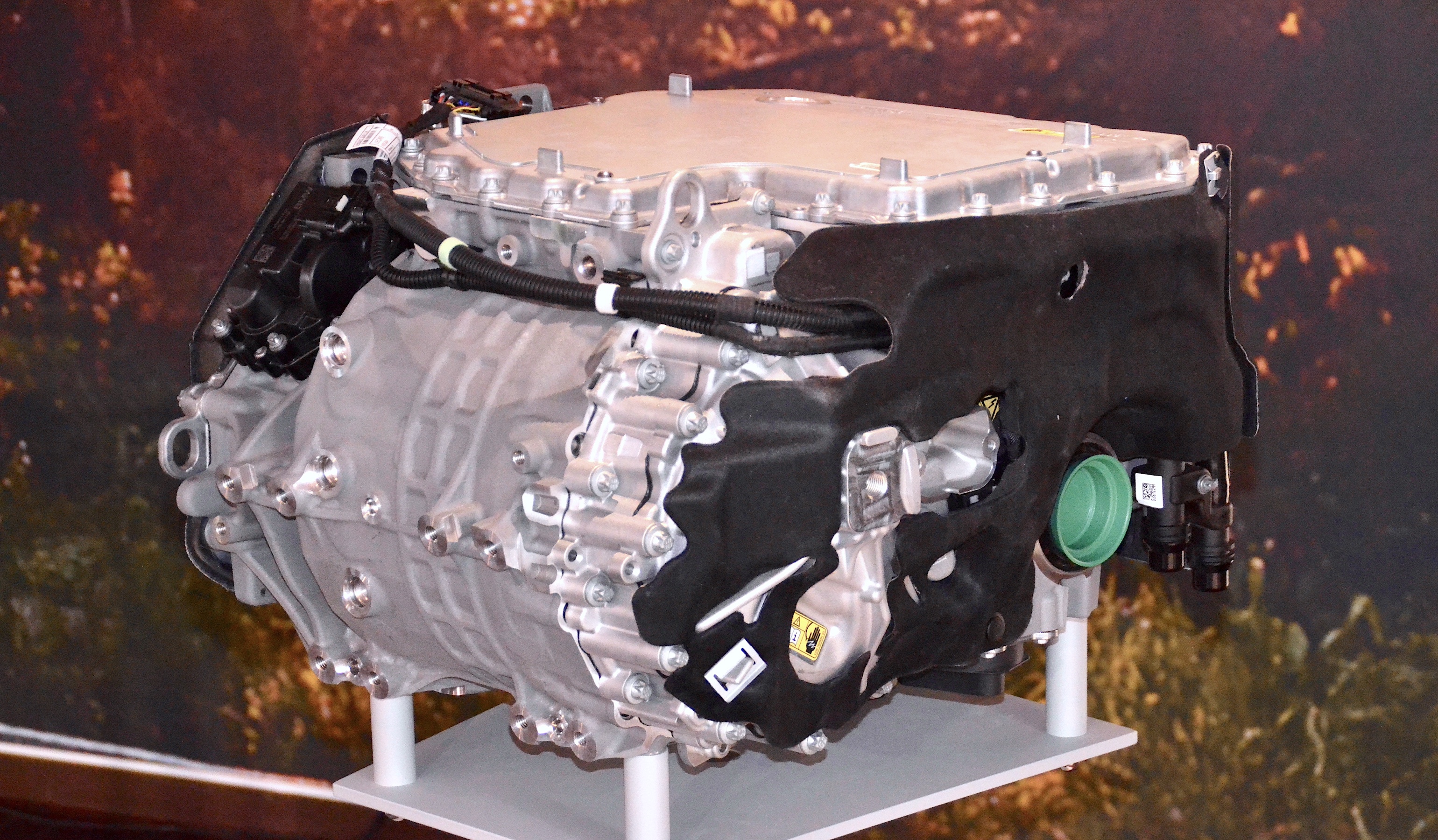 The integrated electric motor assembly for the BMW iX EV.

In our driving experience with the iX and i4, which both employ these new rare earth-free motors, we found that the cars demonstrated excellent torque response and acceleration, so there appear to be no performance penalties for using this design. And both vehicles have 300-mile driving ranges, so the efficiency is also on par with the latest permanent magnet models too.

True mass production of EVs by all manufacturers in all model segments will require that rare earth concerns be solved, so it is encouraging to see engineers devising multiple solutions to overcome this obstacle.