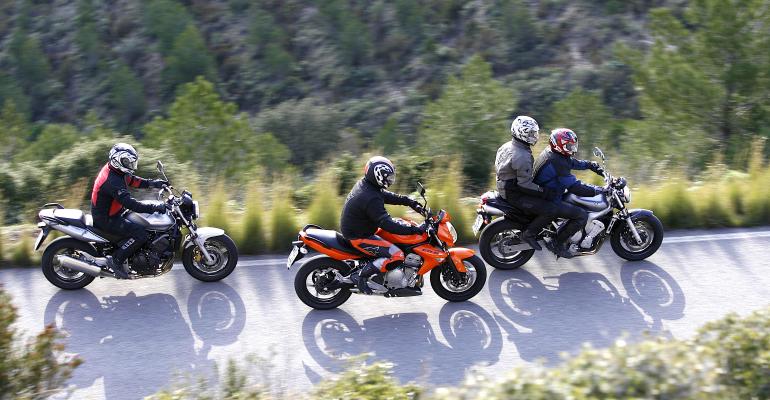 The company’s Radar-on-Chip technology makes it compact and affordable enough for use on two-wheelers.

Vayyar points out that the so-called “Powered Two-Wheeler” market is growing globally, whether that means e-bikes, scooters, or motorcycles because of the need for compact, efficient transportation that can be effective in crowded last-mile situations.

With the single-chip solution and a wide field of view, Vayyar can accomplish this with just two chips, one on the front and one on the rear of the bike for near-360-degree coverage.

Related: Making the Case to Use Radar in ADAS For Vehicles

Motorcycles have a small tire contact patch for brake traction, and their high center of gravity transfers all of the vehicle’s weight to the front tire under braking, so the rear tire cannot contribute during emergency stops.

The point cloud of data from the Vayyar radar shows objects surrounding the vehicle.

This makes hard braking an advanced skill that is beyond the capability of most riders, so the typical rider has a stopping distance that is much longer than the already-long distance of the motorcycle at its best.

Because of this longer braking distance, early threat identification and response is critical for reducing the incidence of motorcycles rear-ending other vehicles. According to Vayyar, motorcycle makers require a range of more than 100 meters for forward collision warning and brake assist systems to give the rider sufficient notice.

Another important factor in addition to long range is a wide field of view. That’s because motorcycles lean over in curves, so when scanning the adjacent lanes for lane change assist and blind spot detection applications, a sensor with a narrow field of view could be looking at the sky or the pavement when the bike is leaned over for a corner.

A system like Vayyar’s that requires only two sensors is important for motorcycle application because motorcyclists are likely to be resistant to devices that are visually intrusive, so having only two sensors will make the radar easier to integrate into the bikes’ styling. 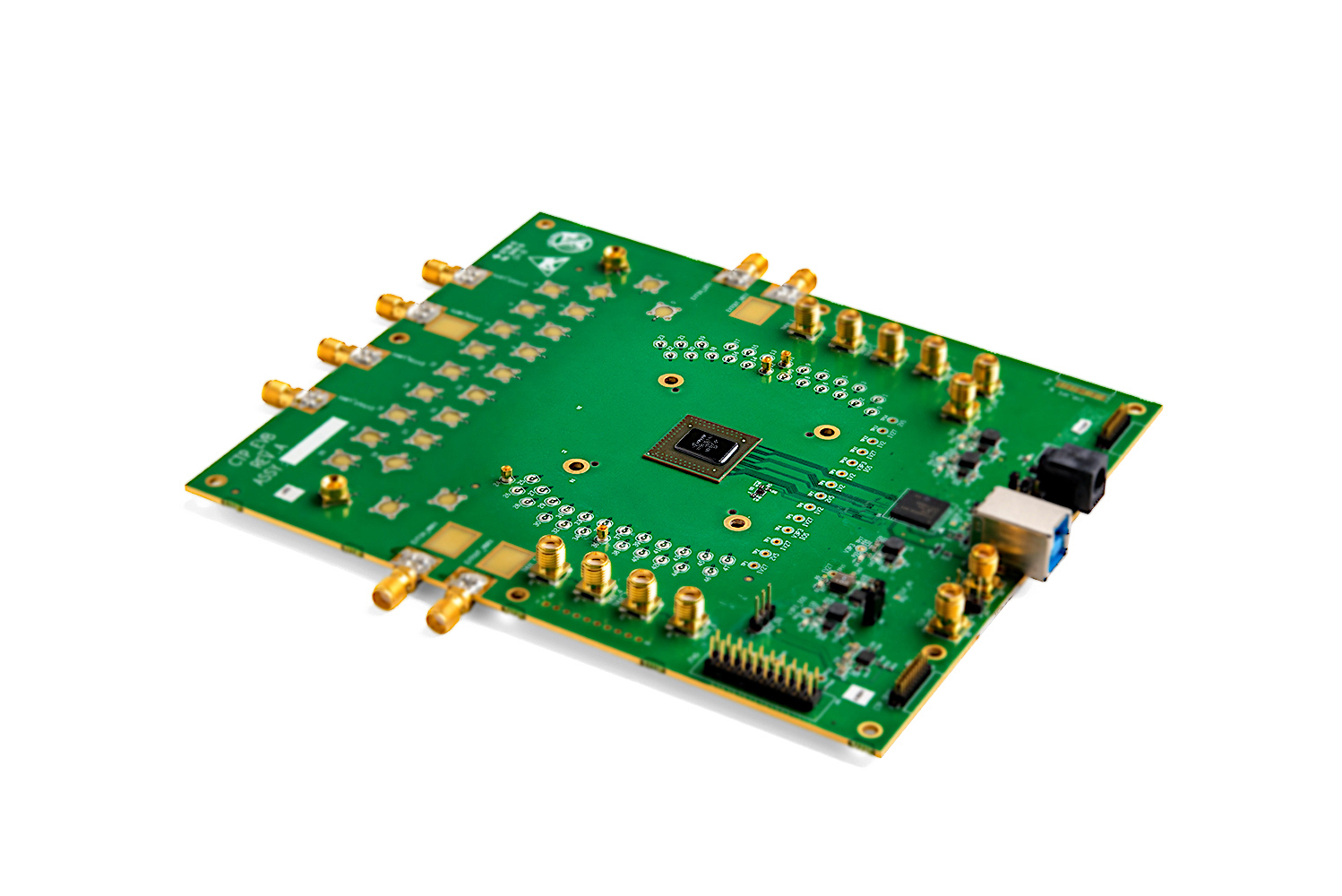 Vayyar's radar on a chip.

And having fewer sensors is also helpful for containing costs, because motorcycles are so much less expensive than cars, making it harder to hide the cost of an expensive new safety system in the price tag. This is an advantage of using a radar sensor rather than a lidar because those devices are much more costly.

This makes radar appealing, says Vayyar, but while traditional 2D time-of-flight radar detects presence, direction, distance, and speed and represents a robust, scalable solution, it suffers from limited resolution and short detection range. These systems can’t generate classification imaging, supporting only target detection and their narrow field of view is mostly focused around one axis and covers less than 25 degrees at distances of over 30 meters.

Worse, the limited angular resolution of 2D radar makes it insufficient in terms of differentiating between close targets, requiring as much as 7 degrees of target separation.

According to Vayyar, it reliably detects the presence, direction, distance, and speed of multiple static and/or dynamic targets simultaneously: other vehicles, obstacles, and VRUs.  The company says that its 76-81 GHz RFIC delivers high natural resolution, generating point cloud imaging that supports all ARAS applications.

Because it is already automotive-grade qualified, Vayyar’s ARAS platform lets motorcycle OEMs and Tier 1 suppliers provide safety that goes beyond even the strictest ADAS standards, protecting all life on the road.  As a Tier 2 supplier, Vayyar provides a complete “prototype to mass production” platform that minimizes the potential for delays or recalls, while substantially reducing direct and indirect costs to OEMs and Tier 1s.