Toyota's GR Yaris Hints at What to Expect from GR Corolla 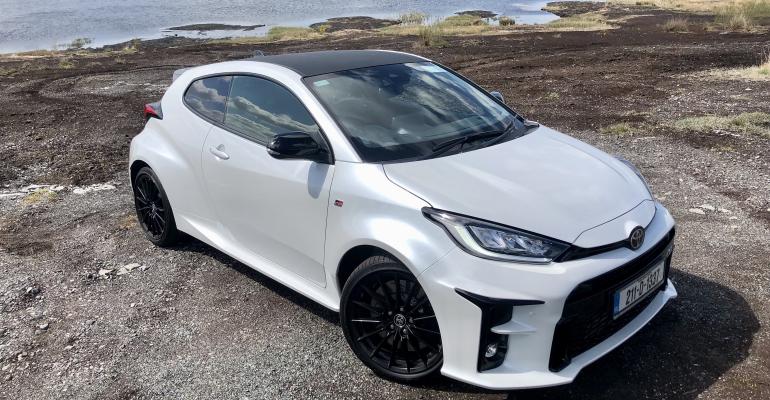 2022 Toyota GR Yaris beside a peat bog in Gallen, Ireland.
Our test drive of the GR Yaris, which isn't coming to America, gives us a taste of the GR Corolla, which arrives later this year.

Toyota teased us when it announced the World Rally Championship-inspired GR Yaris last year, as our review of its impressive technical credentials illustrated the car’s performance potential. I’ve had a chance to experience that potential for myself and can confirm that the GR Yaris certainly lives up to its paper specifications.

While the GR Yaris is still not coming to the U.S. market, my test drive provides a useful preview for the upcoming GR Corolla, which will come to America later this year.

My Irish-market test car’s base price is €50,565 ($53,800), plus the €3,780 ($4,020) Luxury Pack, for an as-tested price of €54,345 ($57,800). An optional Circuit Pack is also available for €6,800 ($7,235). The Luxury Pack adds a very welcome navigation system and head-up display, which made driving in a foreign country easier than it would have otherwise been. It also includes front and rear parking sensors, a blind-spot monitor, and rear cross-traffic alert, all systems that are tremendously helpful when squeezing into tiny Irish parking spots.

The Circuit Pack is surely more philosophically in line with the GR Yaris rip-roaring mission, as it adds 18-inch forged aluminum wheels, suspension upgrades, and a limited-slip differential. For track day use, these features would surely be worthwhile, but for my testing on highways and rural country lanes, the Luxury Pack was more beneficial.

Luxury Pack or not, Toyota engineers’ emphasis on light weight is quickly evident because of an absence of sound deadening that causes the car to be tediously loud at speed with road noise and wind noise. The car has a quiet exhaust, but the three-cylinder engine’s growly character, which unsurprisingly recalls the sound of three-cylinder Triumph motorcycles such as the Speed Triple, is pleasantly evident. And the whoosh of the turbocharger’s wastegate venting boost when lifting off the accelerator adds to the aural accompaniment without becoming intrusive.

Throttle response is timely, with no feeling of lag either in application or release, making it easy to deliver exactly the intended amount of power. Additionally, there is no turbo lag, as the boost pressure is available from the lowest rpm, yielding diesel-like low-speed torque.

The thick-rimmed steering wheel delivers unexpectedly accurate steering feel and response, considering the power that is coursing through the steered front tires to the pavement. Toyota says the GR-FOUR all-wheel drive system uses a multi-plate clutch to distribute power between the front and rear wheels, and the result is that there is never the feeling of torque steer through the front wheels interfering with the car’s course or the feel provided to the driver through the steering wheel.

In highway cruising, we saw about 26 mpg, while our country roads combined lower speeds with heavy throttle application dropped that to about 24 mpg. But for Toyota’s “GR” family of vehicles, fun is the order of the day rather than fuel efficiency, and after driving the GR Yaris, we are especially optimistic that the GR Corolla will be a thrilling option for U.S. drivers when it arrives in America later this year. 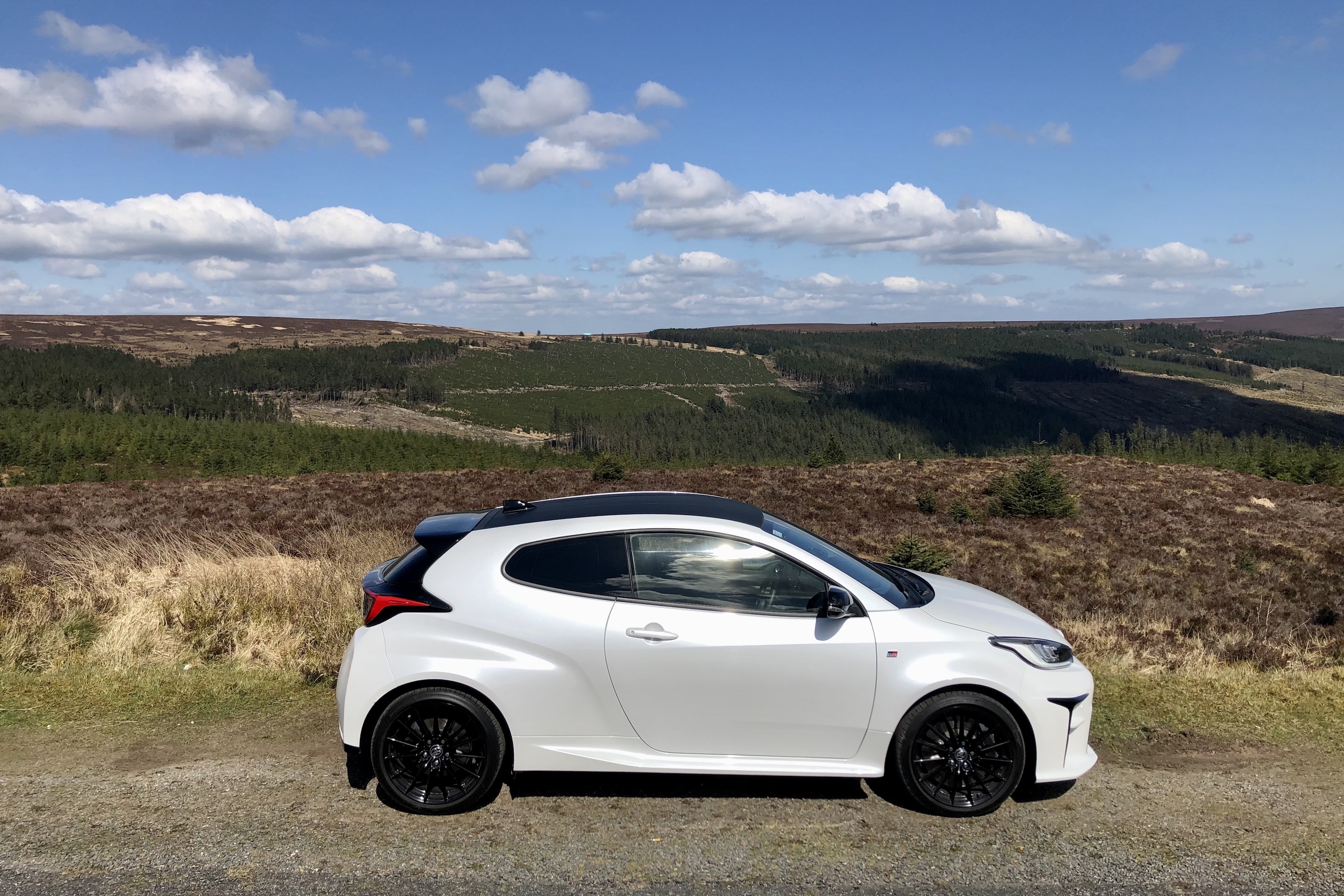