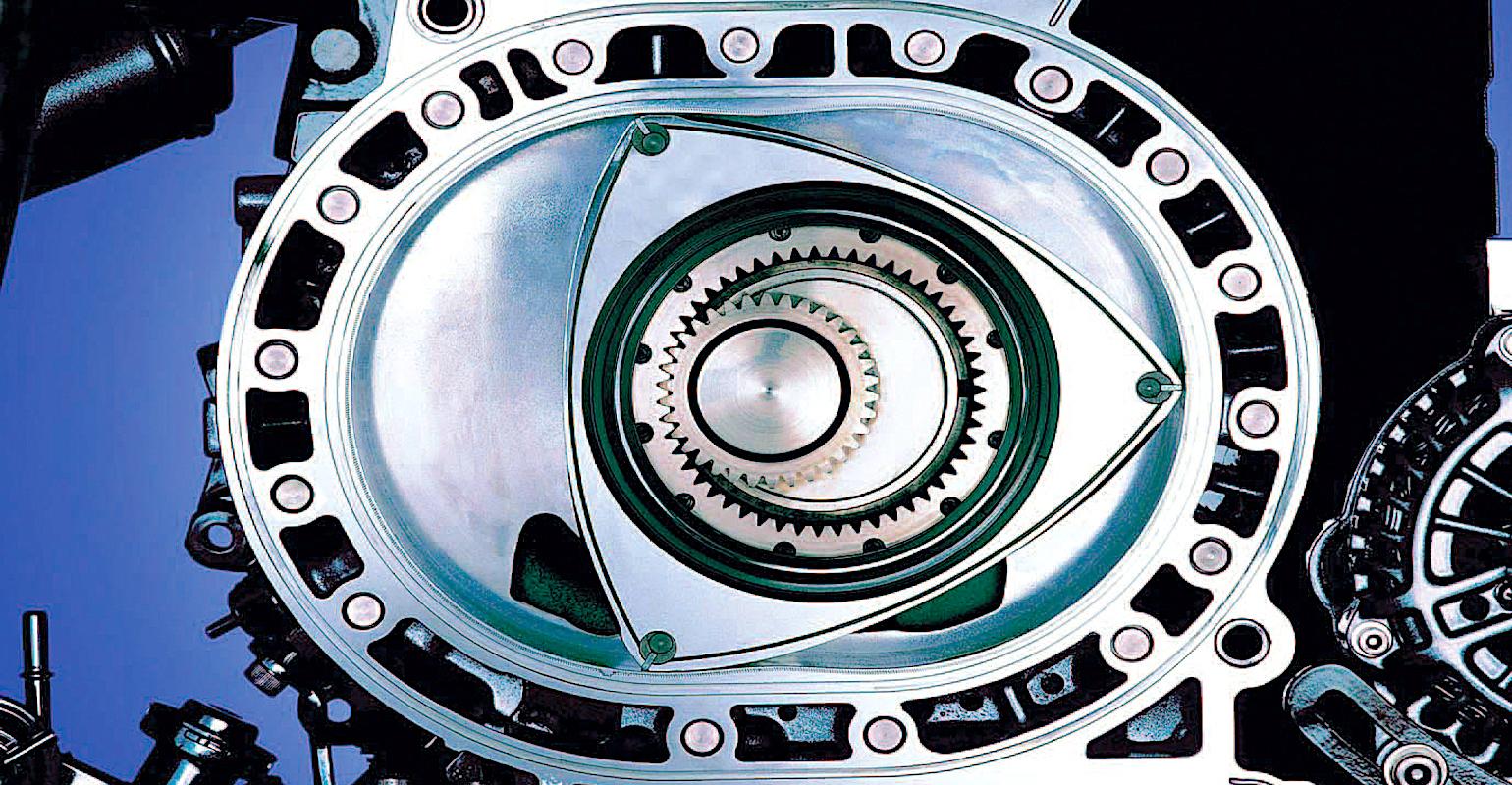 Mazda has been the only carmaker to manufacture Felix Wankel’s rotary engine design in volume, and the design went out of production when the RX-8 left the market in 2012.

The2022 Mazda MX-30 hybrid electric will employ a rotary engine as the combustion power source for its onboard generator. This will provide a smoother-running alternative to the usual reciprocating piston engines used in other hybrids whose vibration is a jarring intrusion on the electric driving experience.

Related: In the 2020 Mazda3 the Angel is in the Details

Mazda underscored this smoothness by promoting the rotary engine in the U.S. with commercials whose jingle sang “The piston engine goes [“boing, boing, boing” sound effect], but the Mazda goes ‘MMMMMM’.”

The engine’s rotors are triangular-shaped castings that are geared to spin on an eccentric shaft that is the rotary’s analog to a piston engine’s crankshaft. While pistons pump up and down, reversing direction twice for each rotation of the crankshaft, rotary engines spin slickly, their slight wobble tracing a path through the vaguely “8”-shaped rotor housing.

Related: Mazda’s New Test Strategy Could Save 'Hundreds of Millions of Yen' Per Year

Mazda’s engines had two rotors inside, with the rotors placed at 180-degree angles from one another so that they take turns firing. The rotors and the shaft are a rotary engine’s three moving parts, which is a distinct contrast from the Rube Goldberg function of moving and reciprocating parts inside a piston engine. This includes not only the pistons, connecting rods and crankshaft, but also the timing chain and gears (or belt and pulleys), camshaft, valve lifters, pushrods, rocker arms, and valves.

A rotary engine is simple, light, compact, smooth, and produces a lot of power for its size. These attributes once led the world’s automakers to forecast it as the engine of the future. In the mid-1970s the plan was for the  Chevrolet Corvette and the AMC Pacer to deploy new rotary engines from those companies.

Alas, the technical challenge of building such engines for satisfactory durability eluded all car companies not named Mazda, and some disgruntled owners might even include that company in the list too.

The primary technical challenge is the creation of durable seals that go at the three tips of the rotor’s triangle. These apex seals notoriously wear out at lower mileage than the internal parts of a piston engine.

Rotary engines have other challenges, even when they are in perfect working order. They consume oil as part of their combustion process because they use oil injection to keep the internal surfaces lubricated. They have a tremendous appetite for fuel because of the near-continuous combustion process. They also produce an abundance of exhaust heat and noise for the same reason of seemingly uninterrupted combustion. 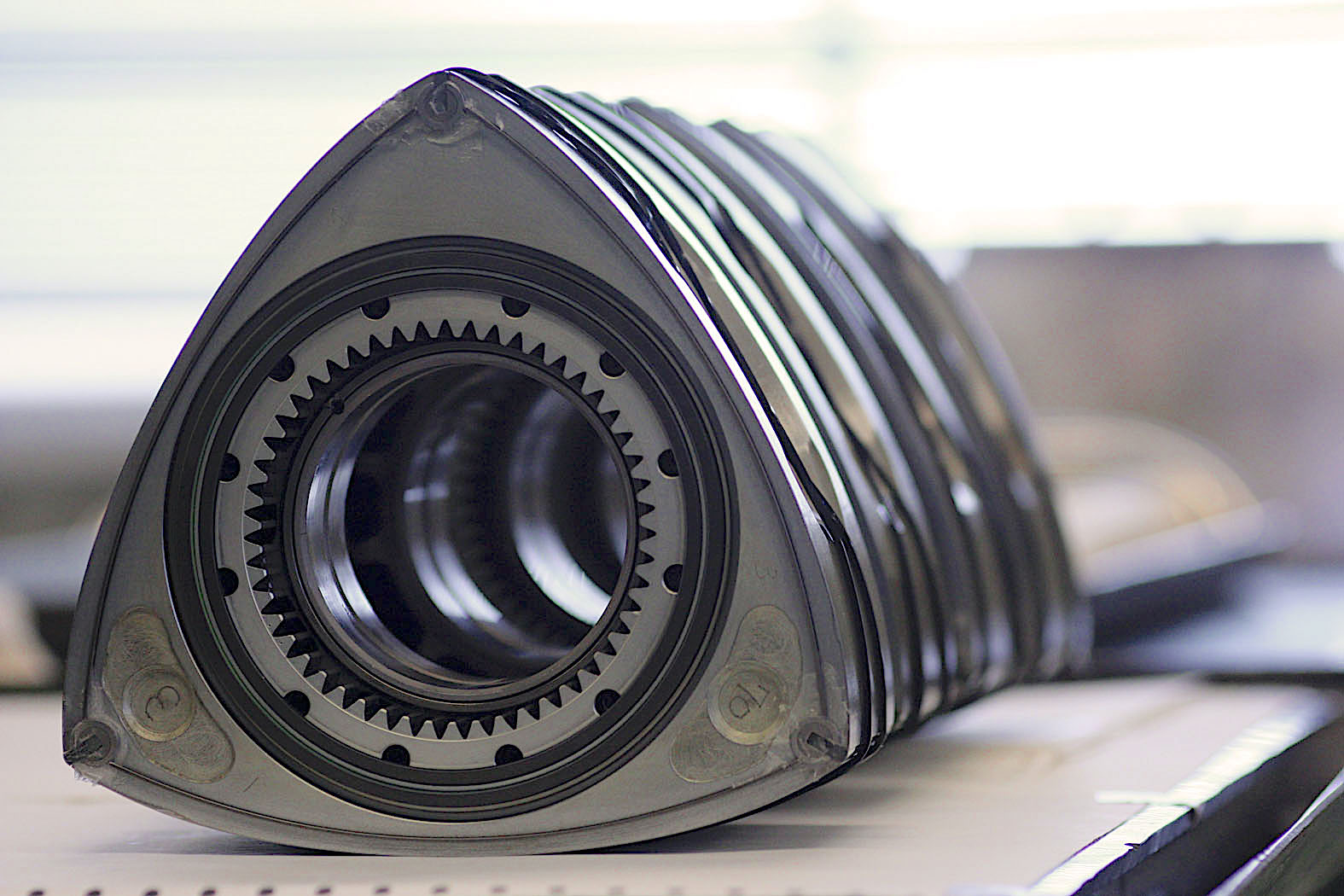 Mazda has apparently developed effective mufflers to contain this sound so that MX-30 drivers expecting the EV experience don’t encounter a loud noise when the rotary generator starts. “The rotary generator will mark the return of our unique rotary powertrain,” Jeff Guyton, President of Mazda North American Operations, said. “This technology is being engineered for nearly silent operation and will replenish the battery rather than drive the wheels. As a result, the MX-30 will always drive like the engaging EV that it is, but with freedom to charge from the wall or on the go.”

As a generator, the rotary will be able to operate at more consistent engine speeds than those of an engine that provides the car’s sole means of propulsion, so this is likely the source of the adequate fuel efficiency, engine sound, and durability of the MX-30’s combustion engine.

Technical details explaining all of this will be available closer to the car’s launch in the California market in the fall of 2021, according to Mazda. 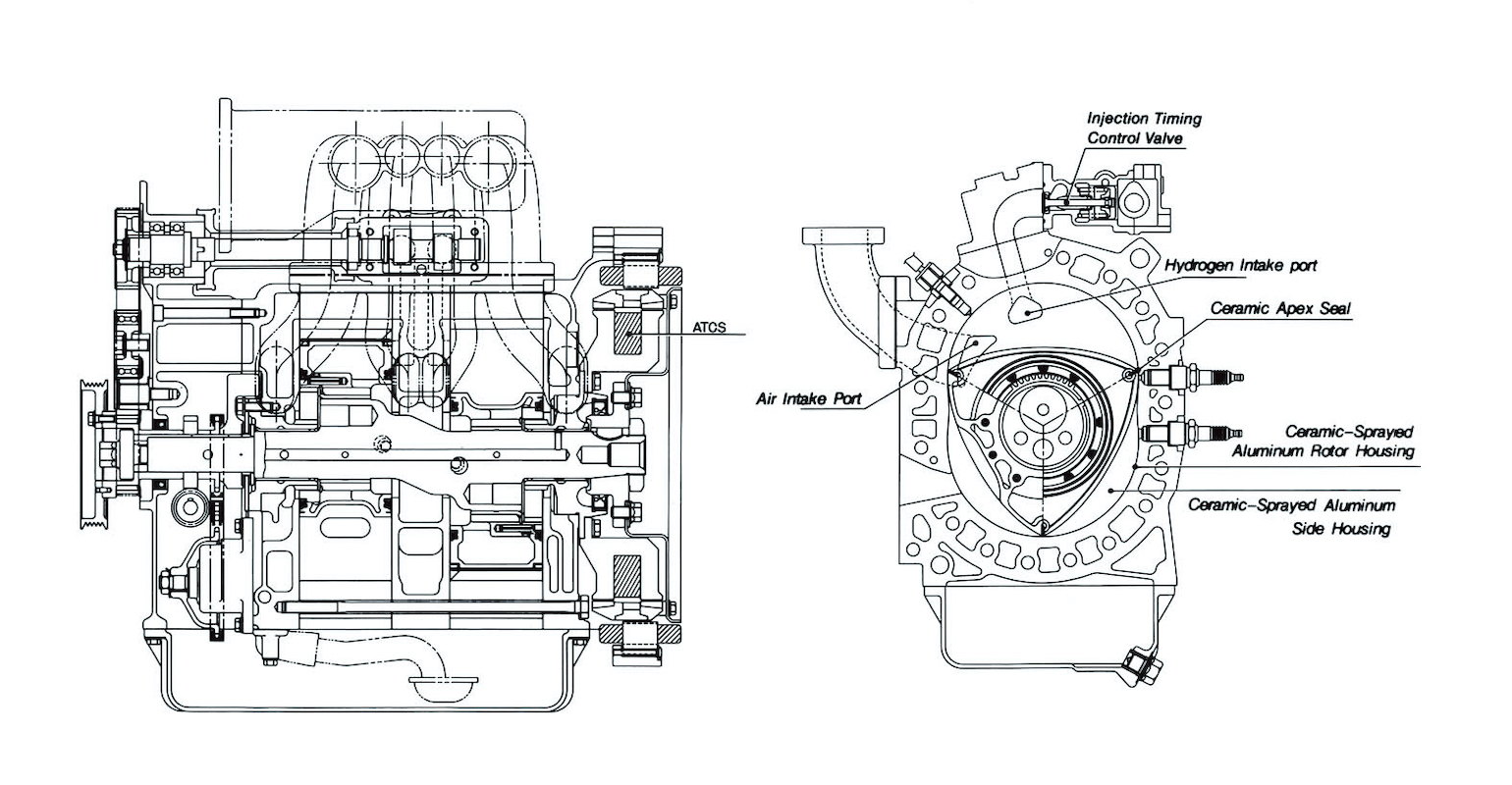 Rotary engines tolerate a wide variety of fuels. This diagram is of a hydrogen-fueled Mazda rotary design.

Automotive Technicians Must Train for Hybrids and EVs
Mar 17, 2021