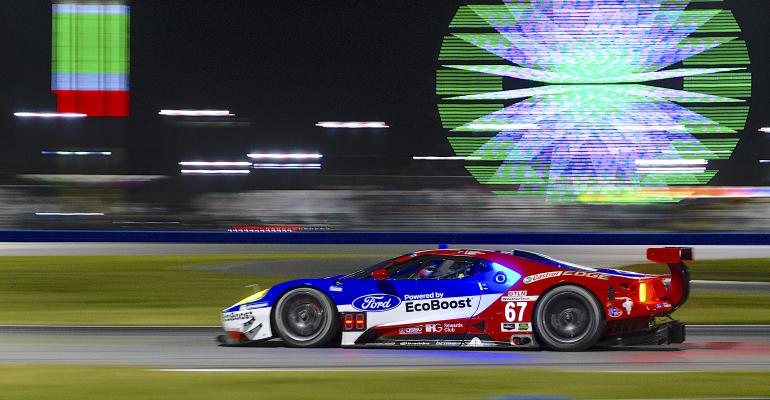 The race version of the Ford GT competing in the 24 Hours of Daytona.
A hands-on museum exhibit lets visitors experience Brembo braking performance in a sim.

A new exhibit at The Henry Ford Museum of American Innovation highlights the technology of the Brembo brake systems employed by Ford GT race cars and how that technology was also used on the production street-legal versions of the car.

In the new exhibit Driven to Win: Racing in America presented by General Motors, Brembo showcases not only its history of racing at the highest levels of motorsport since its debut with the Ferrari Formula 1 team in 1975 to provide both the road and track brakes for Ford’s GT supercar.

That 1975 Ferrari 312T that employed Brembo’s first F1 brakes was, incidentally, the same car that driver Niki Lauda piloted the following season during his competition with McLaren driver James Hunt that was popularized in the 2013 Ron Howard-directed film, Rush.

Not to be outshone at the box office, the 2016 Ford GT race car depicted in the museum exhibit is the descendent of the original Ford GT40, which claimed victory in the 24 Hours of Le Mans sports car race half a century earlier, as shown in the 2019 film Ford v Ferrari.

Since Brembo’s 1975 debut, the company has claimed more than 500 professional racing championships on two wheels and four.

The Driven to Win’s exhibit includes a Sports Car Performance Center, where visitors see Brembo’s innovative racing technology first hand and study how closely the road brakes for the Ford GT resemble those on the Le Mans-winning race car.

That includes the ability to touch and handle actual racing brakes to experience the weight differences. They can peruse real race track data showing how brake temperatures fluctuate in races like the 24 Hours of Le Mans.

But the real focus of the display is the array of six Driver Seat Simulators presented by Brembo. In these sims, visitors can experience the thrill of virtually competing and braking on unique tracks like Laguna Seca and Monza. The aim is to out-brake the competition to maximize lap times to win. As in the real world, test drivers will have the Brembo brake marker placards posted on the approach to turns that help them determine braking points around each of the tracks. 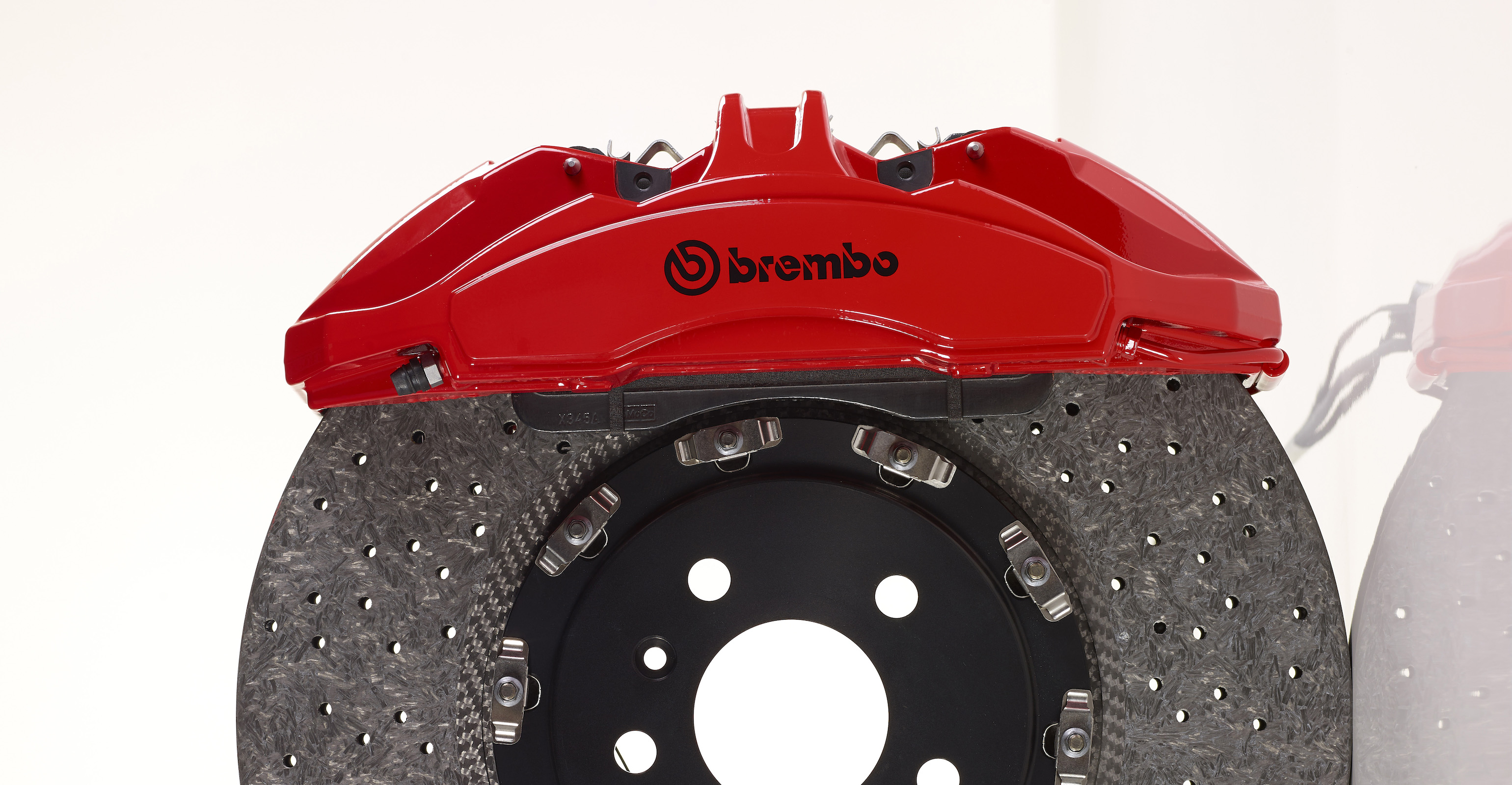 A Brembo brake caliper and carbon-ceramic rotor for the Ford GT.

“There’s a lot more technology transfer between the racing circuit and the road car than most people would think,” said Mike Messina, Brembo USA sports car program manager. “On the Ford GT road car, we use a carbon-ceramic setup, which is the ultimate in performance capability.”

“One of the biggest aspects that we were able to find in developing the road car in parallel with the racing program is cooling,” he said. “The carbon-ceramic brakes on the road car, good as they are, require a certain level of cooling. The same is true of the cast iron brakes that we have to use in the racing series. Having the programs being developed in parallel was a huge benefit from that regard.”

Museum visitors who try the racing simulator might understand why team driver Joey Hand was emphatic about the race car’s braking capability. “As a racing driver you’ve got to have that feel for when I go to the brakes, and I jam down the inside of that other car, not only is it going to stop me but also, how much control do I have in that stopping process?” Hand said.