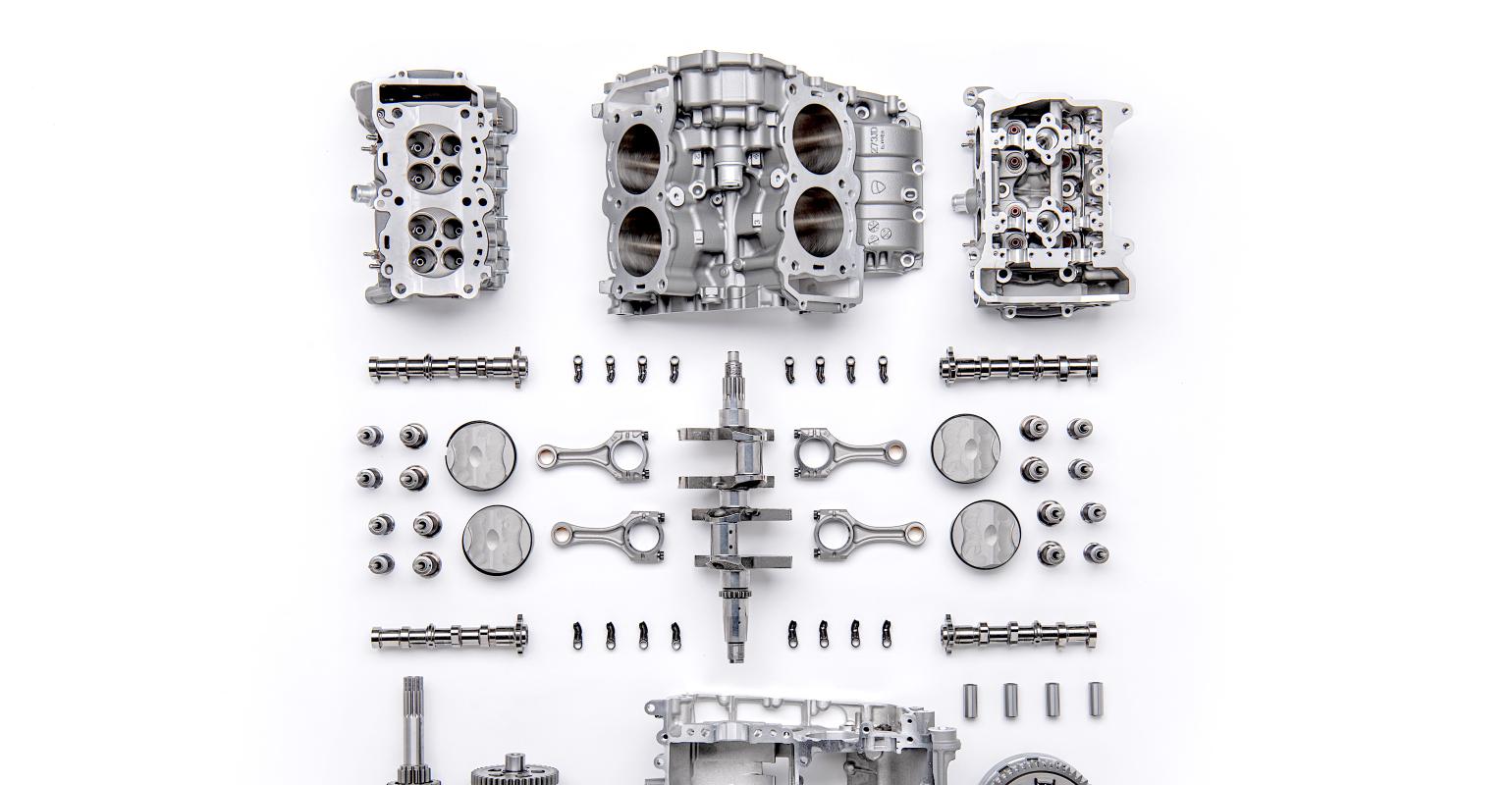 Ducati V4 Granturismo engine.
Here is your explanation of the differences between the various automotive engine configurations.

In many ways, automotive engine design is converging, as the computer-engineered race toward improved efficiency produces increasingly similar results in Detroit, Tokyo, and Stuttgart.

Turbocharging and direct fuel injection are also key to extracting maximum efficiency from every molecule of hydrocarbon oxidized in the engine, so they are also becoming the norm.

But efficiency doesn’t care how the engine’s cylinders are arrayed, and that is an area where we continue to see some diversity among manufacturers. The inline four-cylinder is ubiquitous and its configuration is fairly self-explanatory: four cylinders in a row. Normally, this row of cylinders is vertical. In front-drive cars with transverse configuration, the row runs side-to-side in the car, while sporty rear-drive models such as the Mazda MX-5 Miata mount the engine with the cylinders aligned fore-aft in the car. 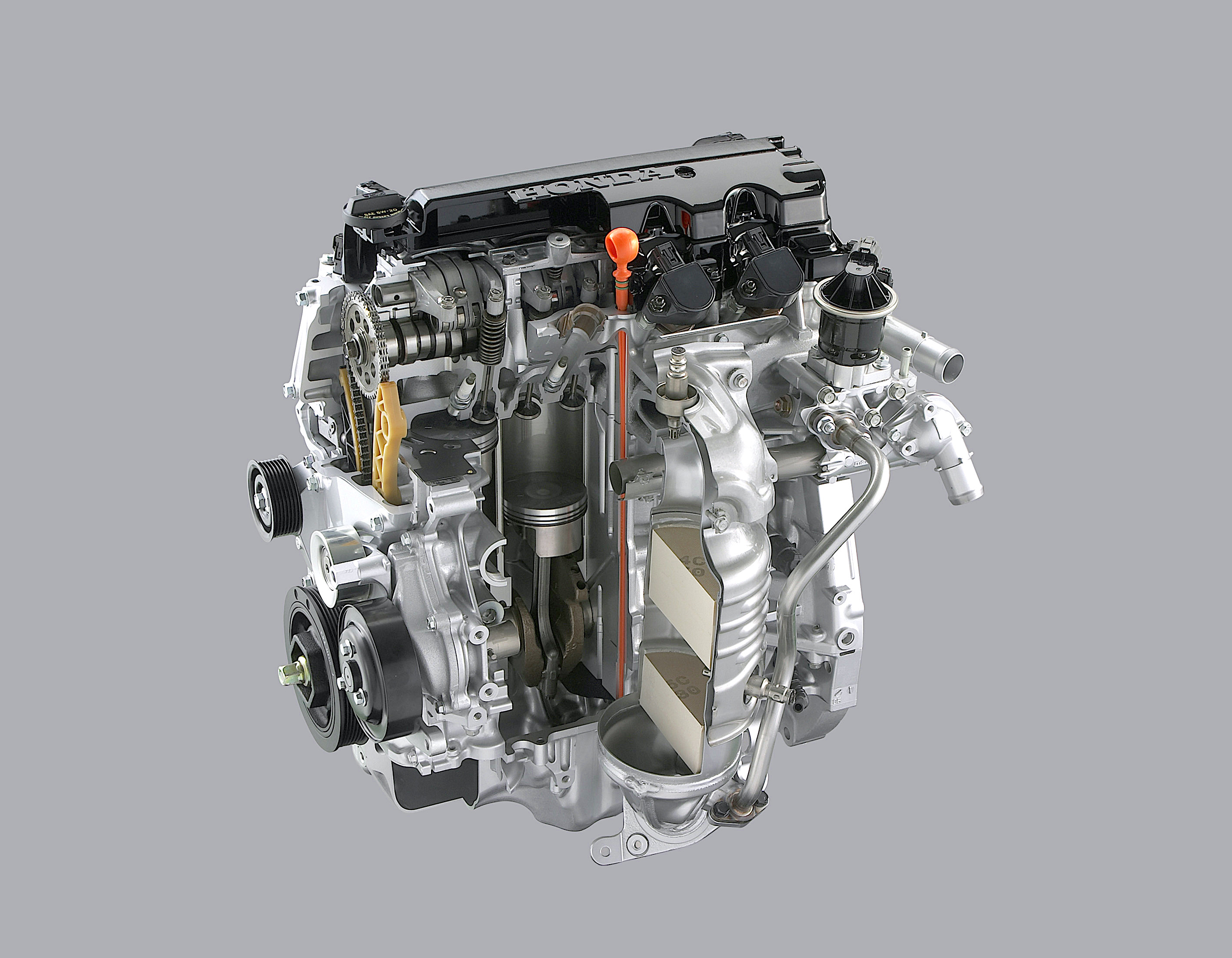 The 1.8-liter inline four-cylinder engine from a 2008 Honda Civic.

Inline four-cylinders have the virtue of being compact and cheap to manufacture, with a single plane of machined surfaces and a single cylinder head. But it is not the only layout for four-cylinder engines.

People who aren’t familiar with automotive technology may describe their car as having “only a vee-four” engine because they’ve heard of V6 and V8 engines and they suppose “vee” is some kind of engine-related prefix.

Inline fours are obviously not laid out in a vee configuration, with two banks of cylinders 90 degrees apart. The cars that use inline four-cylinders are normally very cost-conscious, and the added expense of a V4 layout tends to discourage its use. Such engines require machine operations in two planes, two separate cylinder heads, and more complex intake and exhaust systems than inline four-cylinder engines. On overhead cam engines, they also need more camshafts. 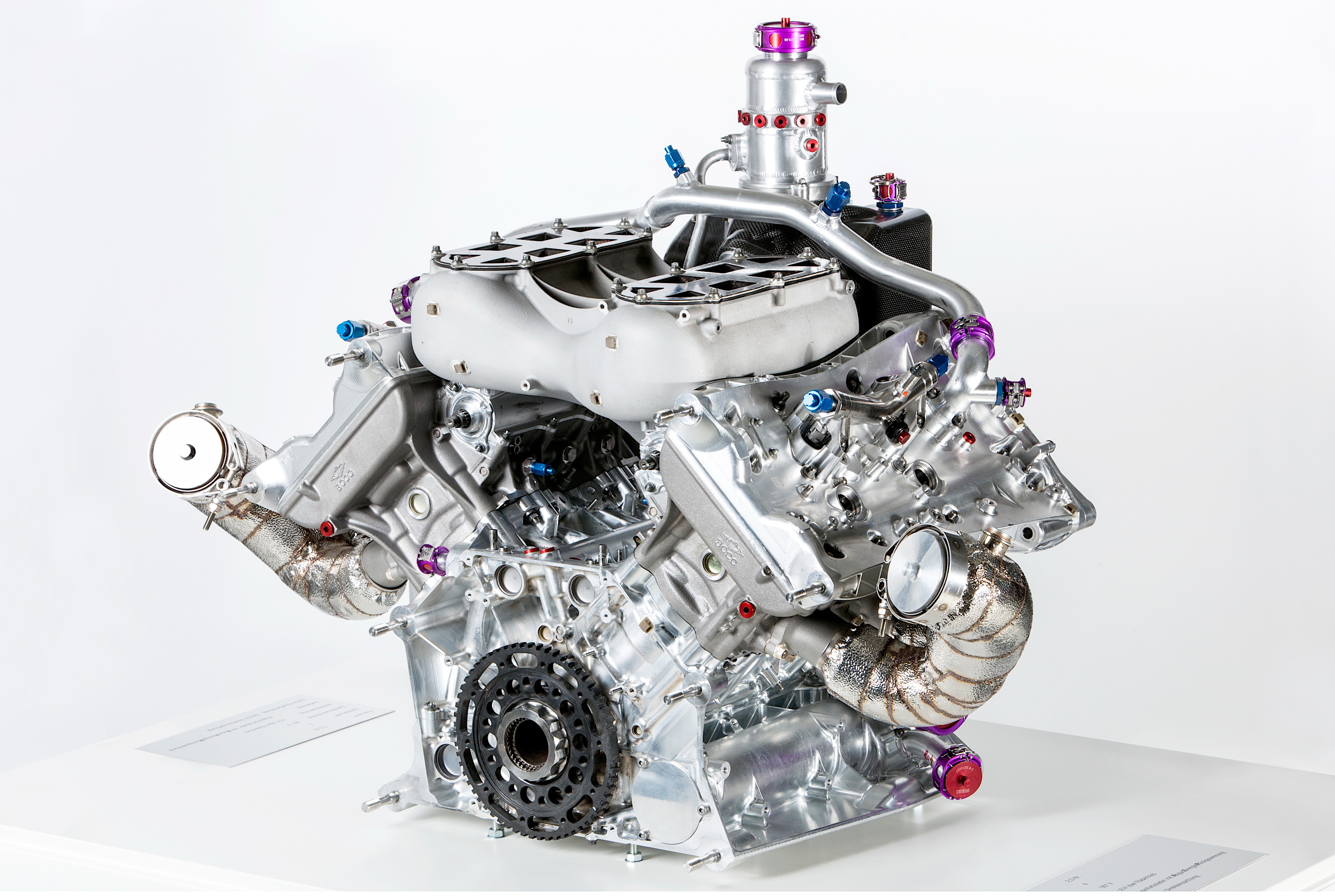 Ford sold two different V4 engines in the 1960s and ‘70s, the German-made Taunus and the English Essex. Both featured 60-degree vees between the cylinders and used a counter-rotating balance shaft to balance the vibration that results from not using a 90-degree design. Saab used Ford’s Taunus engine in some of its cars for a while.

Today, 90-degree V4s are found in motorcycles, whose designers value the engine’s narrower width (when mounted transversely in the frame), smoothness, and growling exhaust note. A V4’s nearly square shape in plan view, with four short sides rather than an inline-four’s rectangular plan view, also lends the design greater structural rigidity. When used as a structural member in a motorcycle, a stiff V4 engine can let designers eliminate frame sections to reduce weight.

In addition to inline and vee configurations, engines can also array their cylinders so that they lie flat, with half the cylinders on each side of the crankshaft.  These flat, horizontally opposed engines are smooth because their pistons rise and fall on opposite sides of the crankshaft in opposite directions so their vibration cancels out.

Air-cooled engines particularly benefit from this flat layout, as it provides better airflow to the cylinders, and it remains popular with BMW’s twin-cylinder motorcycles. The most popular car of all time, the Volkswagen Beetle, employed an air-cooled horizontally opposed four-cylinder engine, and because early Porsche cars were derived from VWs, that company also has a long tradition of using horizontally opposed engines even though they are now water-cooled. 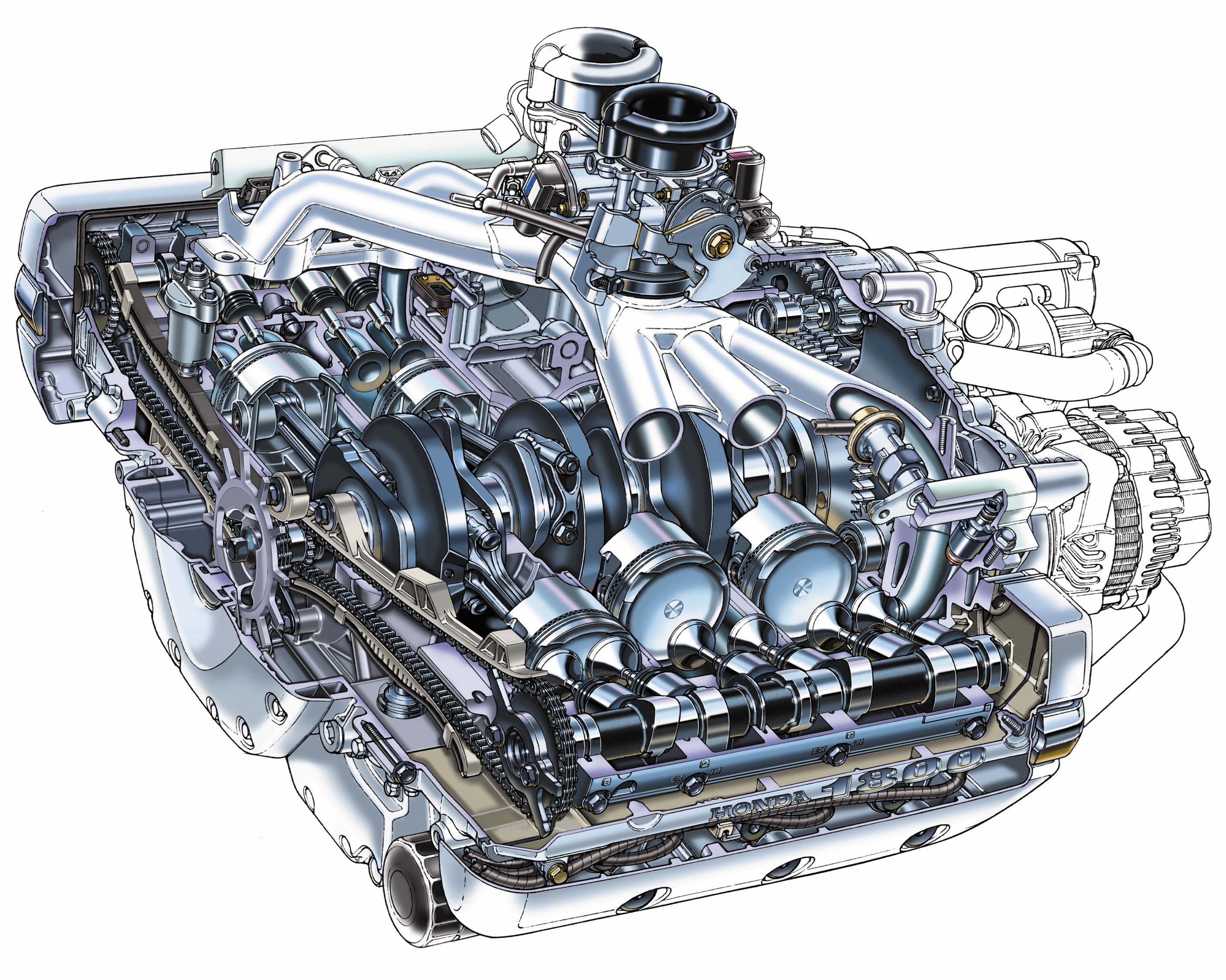 The image of these pistons parting as they rise in their cylinders and then coming back together on the downstroke is reminiscent of boxers’ gloves bumping together, so these are often called “boxer” engines.

These engines have the same cost and complexity disadvantages as vee engines, as they are effectively 180-degree vees, but a brand like Porsche isn’t as cost-sensitive as Volkswagen, which long since moved to inline four-cylinders for its economy models. Porsche even ran flat-8 engines in its 1960s Formula 1 cars.

Subaru has been another proponent of flat engines. One challenge for that company is that its vehicles mount their engines in the front, between the steering wheels, rather than in the rear, between wheels that always point straight ahead. The width of the horizontally opposed engine layout leaves less space for the front wheels to steer and as a result, Subarus tend to have large turning circles.

Six-cylinder engines come in the same variety of inline, vee, and flat configurations. Inline six cylinders were once the norm, because of the same cost benefits as inline four-cylinders and the easy ability to design four- and six-cylinder versions of the same engine.

But inline six-cylinder engines are long, and the popularity of front-drive vehicles with transverse engines nearly doomed inline six-cylinders as manufacturers moved to V6 designs that fit sideways between the front wheels of their cars.

Virtually every carmaker builds V6 engines now, while BMW has remained true to its inline six-cylinder roots and Mercedes-Benz and Jaguar-Land Rover are returning to these traditional engines because their vehicles don’t have transverse engine installations. The inline six-cylinder boasts the perfect balance of primary order vibration, which makes them especially appealing for premium models. 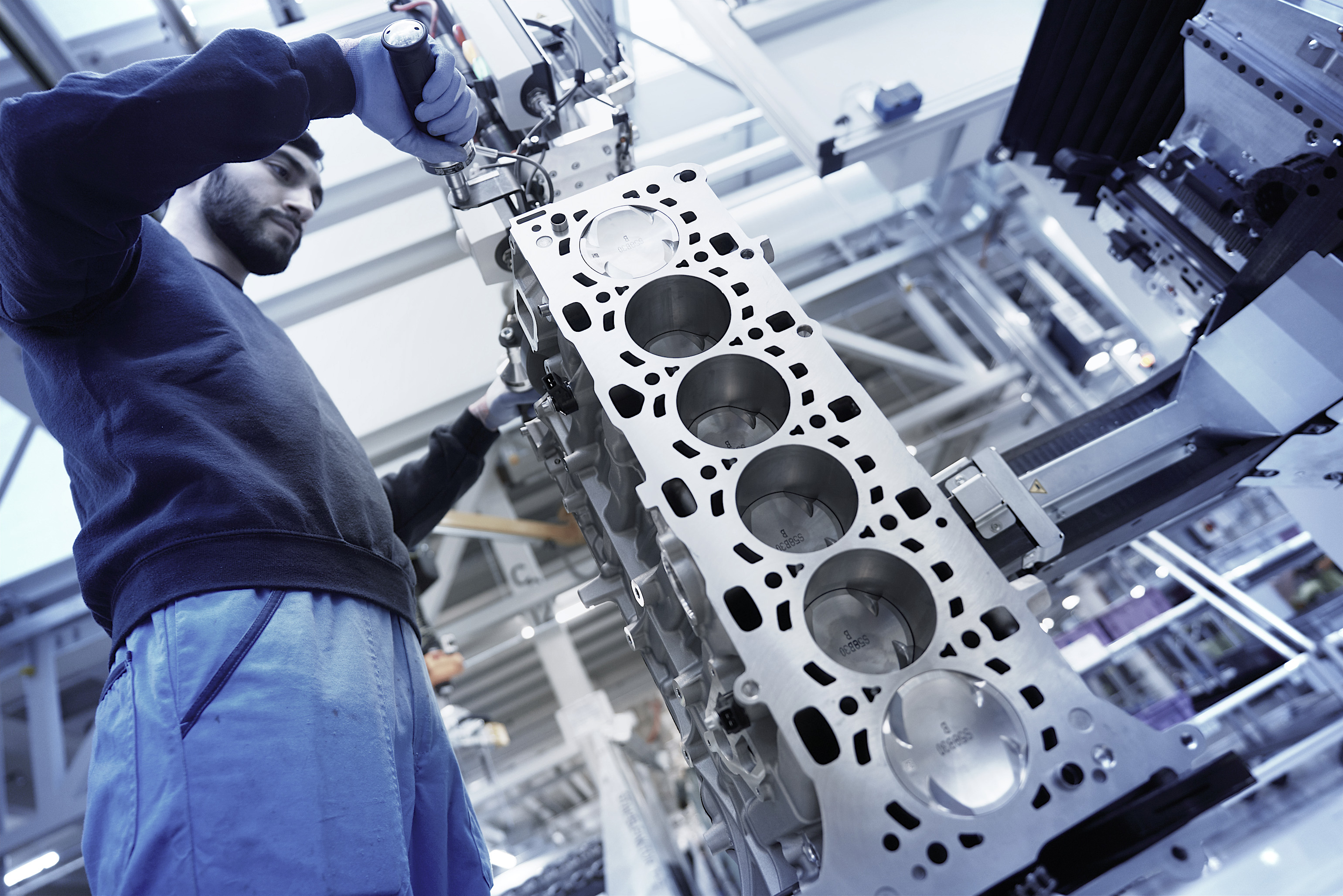 Pedestrian impact requirements have also presented a challenge to inline six-cylinder engines, as the engines are tall due to their vertical cylinders and they are long due to their inline configuration, so they make it difficult for manufacturers to design in some crush space beneath the hood that can cushion the head of a struck pedestrian. This doesn’t prevent their use, but it does add cost as manufacturers employ measures like active hood pop-up devices to compensate.

Porsche and Subaru make flat sixes, and Honda’s Gold Wing touring motorcycle has one too. They are valued for their power, smoothness, and sound. 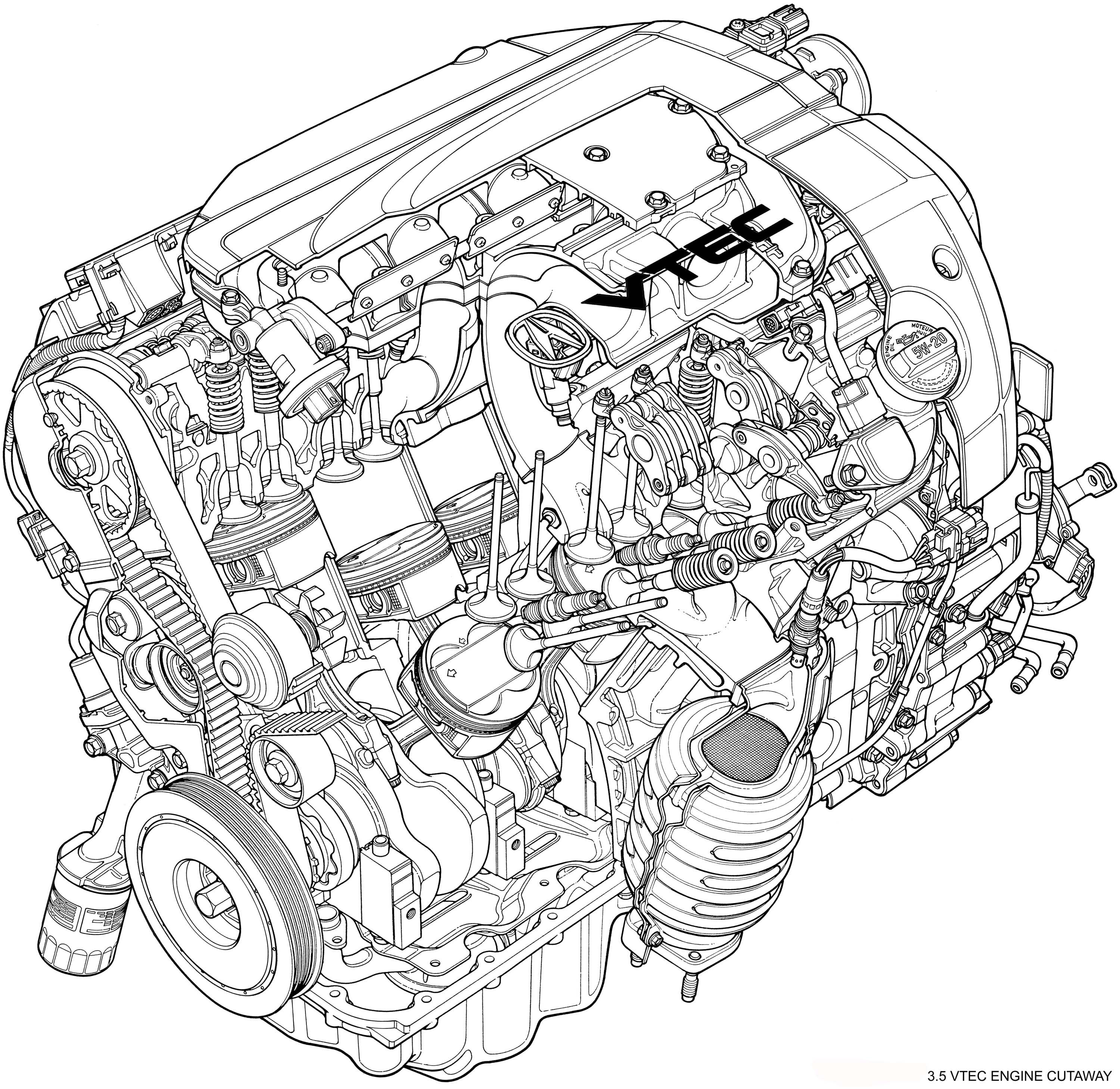 V6 engines are the most commonplace. Initially, these engines appeared as derivations of existing V8s, which meant they were configured with 90 degrees between the cylinder banks. But this causes them to fire at uneven intervals, so manufacturers responded with more complex crankshafts with offset bearing journals for cylinders on the two banks to make them fire evenly.

Then they added counter-rotating balance shafts to smooth their vibration. Eventually, manufacturers have migrated to smoother-running 60-degree V6s. They are a better configuration and as V8 engines have dwindled, the benefits of commonality with them have diminished.

One very unique six-cylinder configuration is unique to Volkswagen. The company sought to compromise between the cost benefits of an inline engine with the packaging advantages of a V6. To do this, they built a 15-degree V6 that it calls the VR6. This is such a narrow angle that the cylinders are staggered within a single bank rather than split apart with a discernable valley between them. 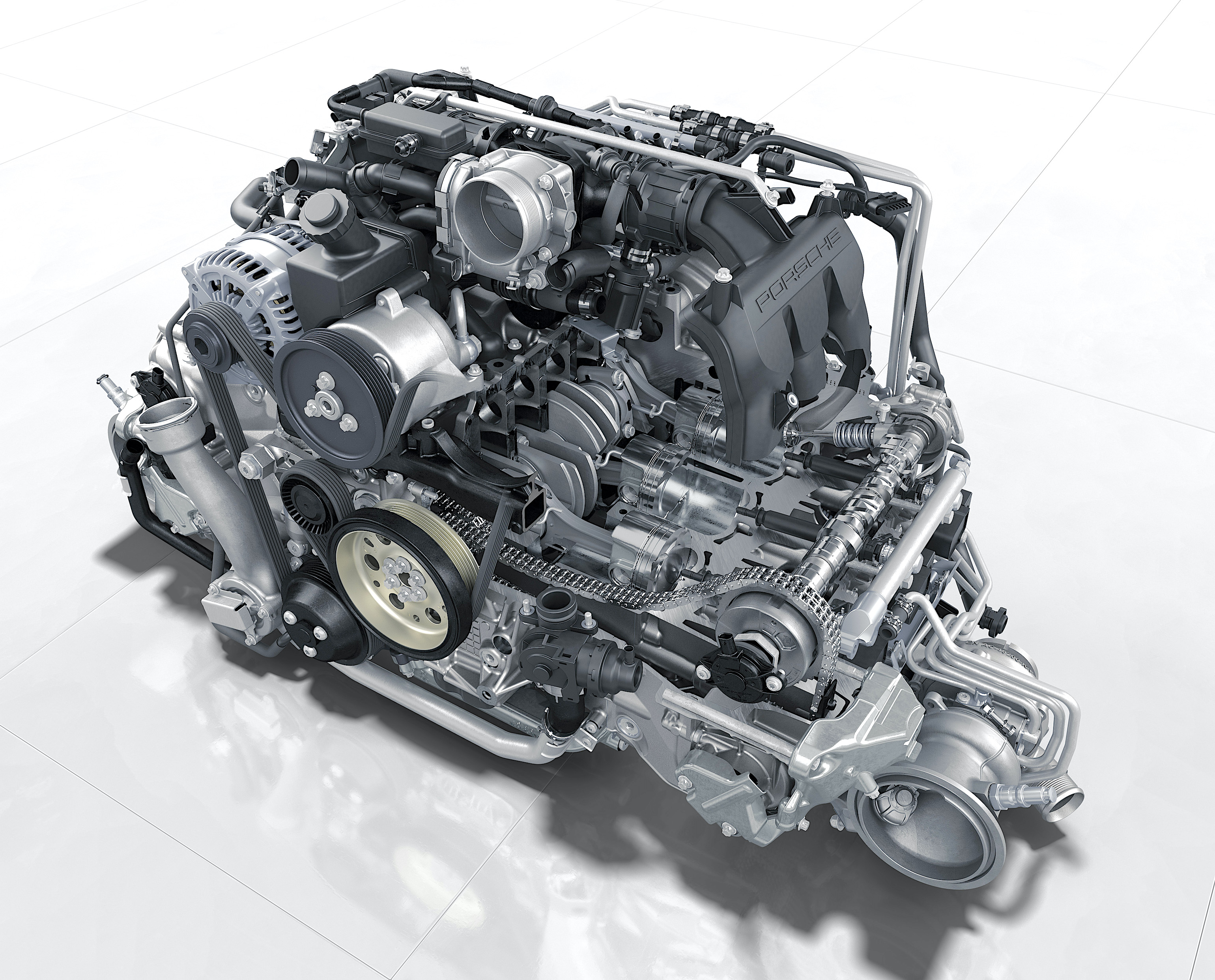 The VR6 uses a single cylinder head atop this shared block, eliminating the need for the cost and complexity of separate heads and additional cams. This engine fulfilled its goals admirably, though it came at a cost in efficiency because of the less-than-optimal layout of the engine’s induction system and exhaust.

The VR6 was cost-effective and packaged easily, but it has never been competitive in fuel efficiency or power output. 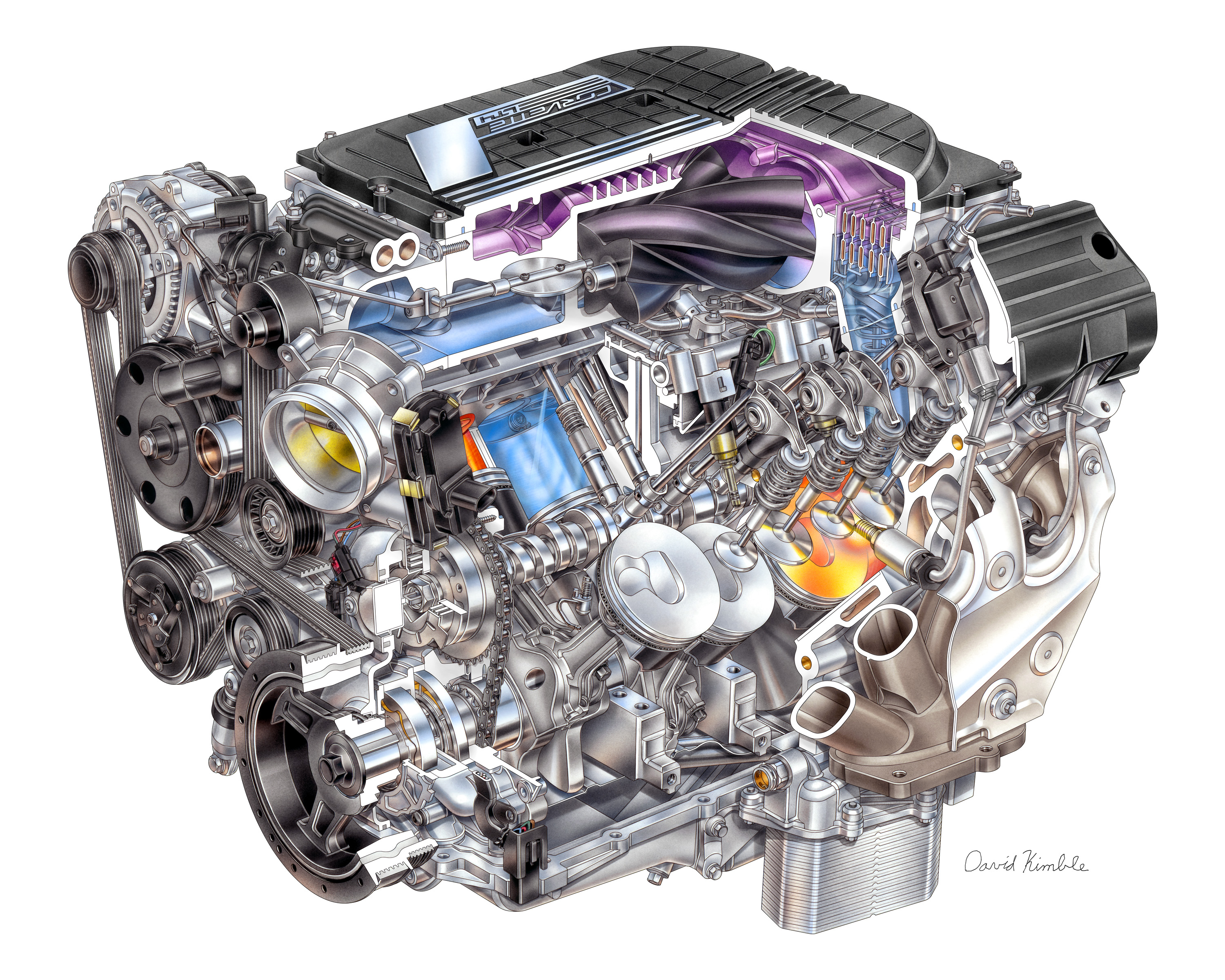 The combination of balance, packaging, and efficiency make the 90-degree V8 the industry standard for bigger engines. Volkswagen briefly built eight-cylinder versions of its 15-degree VR engines, but they were sunk by appalling fuel consumption.

The V8 has also served as the foundation for a smattering of V10 engines over the years, as we’ve seen 90-degree V10s used in Ford and Dodge trucks, the Dodge Viper, and BMW’s M5 sport sedan.

Toyota built an exotic, Formula 1-inspired 72-degree V10 engine for its Lexus LFA super sports car. Unfortunately, but the time that car’s protracted gestation reached fruition in late 2010, F1 had moved away from ten-cylinder power. Lamborghini and Audi share versions of a 5.2-liter 90-degree V10 in their Huracan and R8 sports cars. 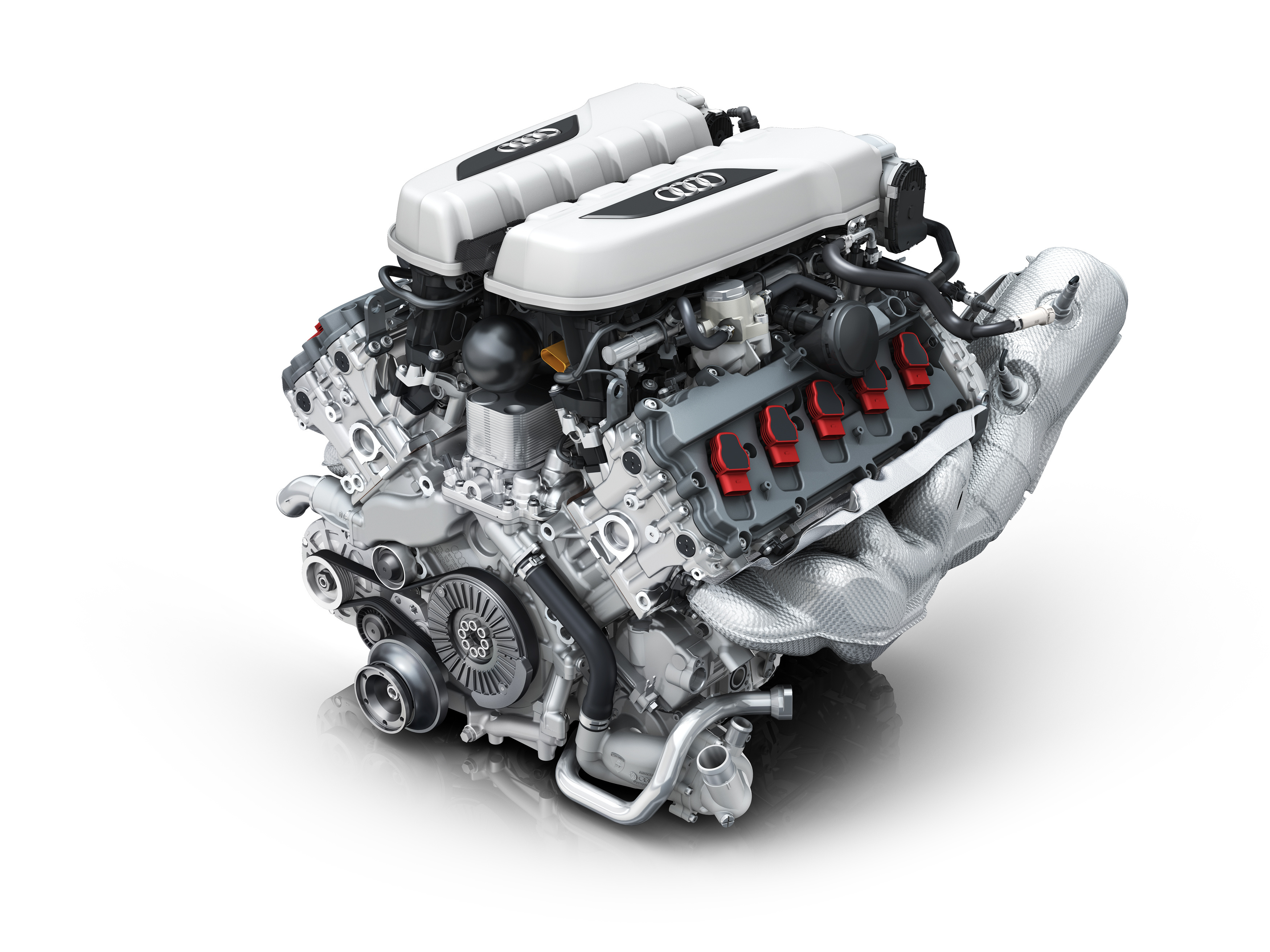 Twelve-cylinder engines have long been seen as the paragon of decadence, with peerless smoothness and an unforgettable exhaust shriek. They are a dying breed in a world of small-displacement engines, but Aston Martin, Bentley, Ferrari, and Lamborghini continue to offer them. These are almost exclusively 60-degree V12s, though Volkswagen Group brand Bentley uses a W12 configuration that is the marriage of two VR6 engines with the two banks of VR6s set at 90-degree angles.

A recent clean-sheet redesign of the original 2002 W12 engine produced a 10.4 percent improvement in efficiency, as engineers were able to attack some of the design’s shortcomings in that respect. A new cylinder deactivation system lets the W12 run on as few as three cylinders when less power is needed and the transmission’s torque converter can disengage to let the car coast a highway speed with the engine at idle. 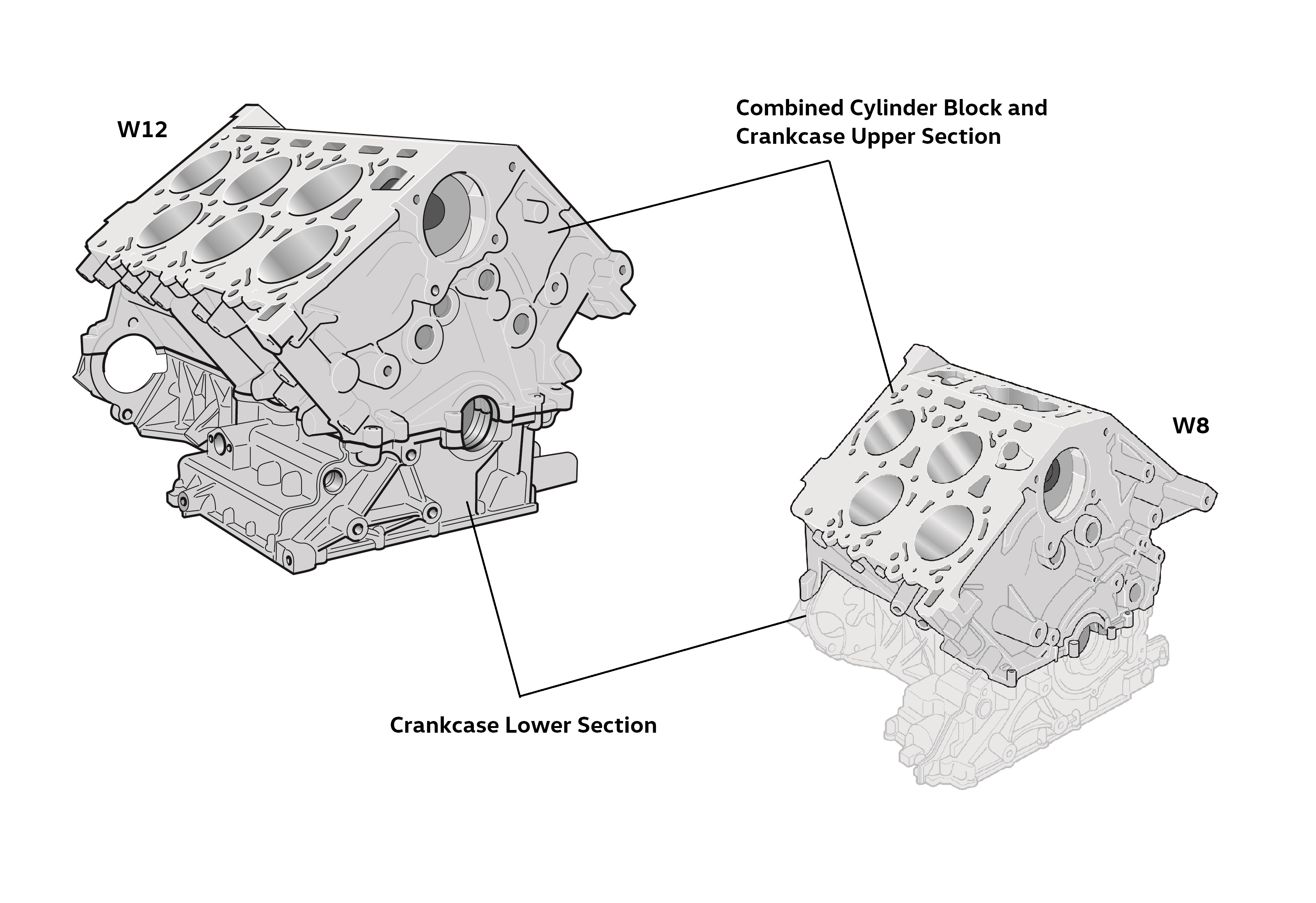 If a twin-turbocharged W12 doesn’t sound incredible enough, another VW Group brand has created what will likely go down as the most complex combustion engine in the history of the auto industry: Bugatti’s quad-turbocharged W16.

This 8.0-liter brute churns out 1,825 horsepower in peak form in the new Bugatti Bolide track car. This engine is a combination of two VR8 engines. Crazy as the W16 seems, it falls short of its designer’s original vision. In 1997, then-VW CEO Ferdinand Piëch imagined, rather than two VR6 engines to create the W12, or two VR8s to make a W16, instead mating three VR6s to create an 18-cylinder beast! 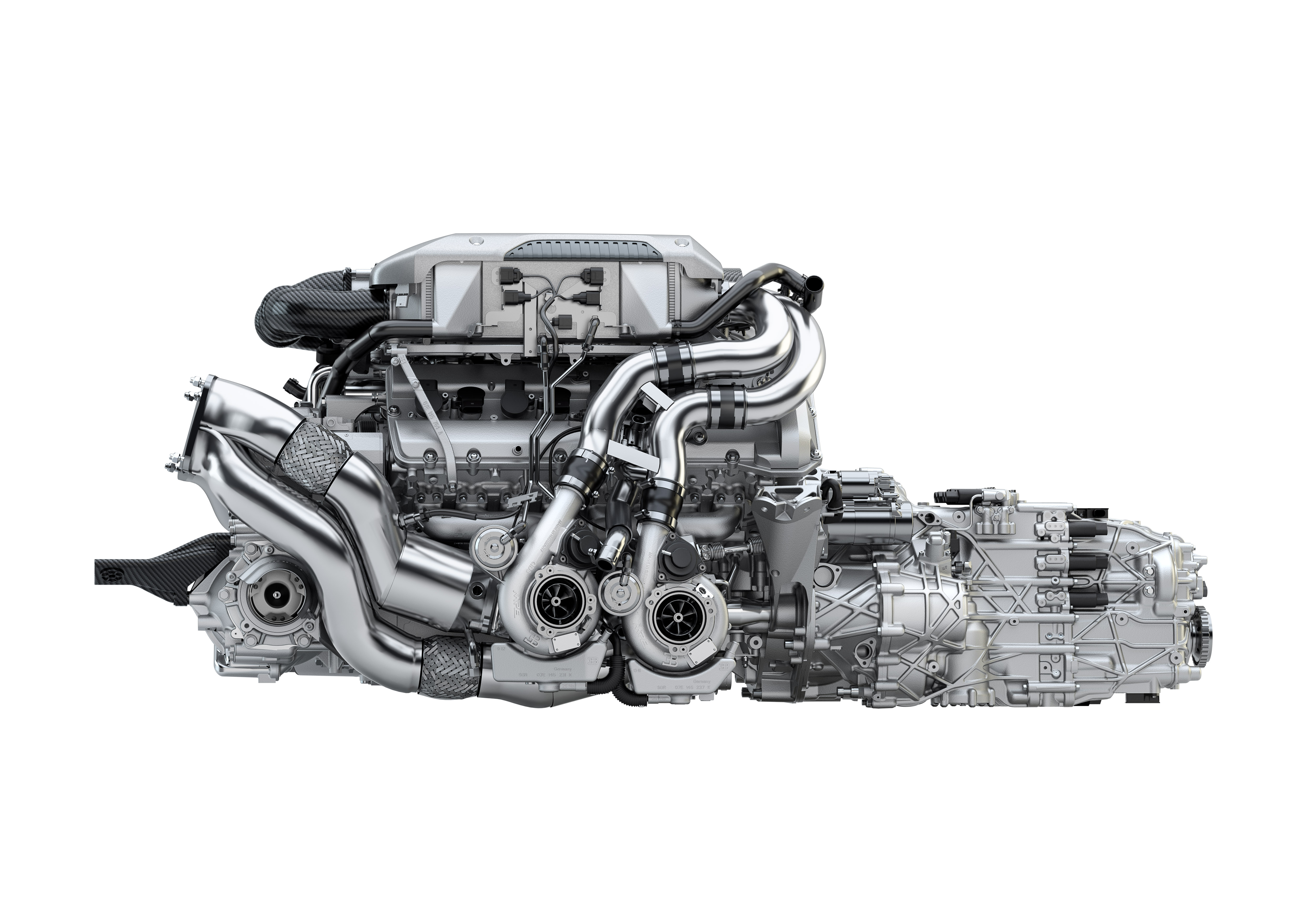 Eventually, engineers concluded that the W16, using two banks of VR8s rather than a W18 with three banks of VR6s would be a better solution, and that is the way Bugatti has powered its cars since.

The move toward increased efficiency will probably cause this variety of engine configurations to be gradually winnowed to just a few, especially as electric drive displaces combustion power for most vehicles. Now might be a good time to appreciate this variety while we still have it.