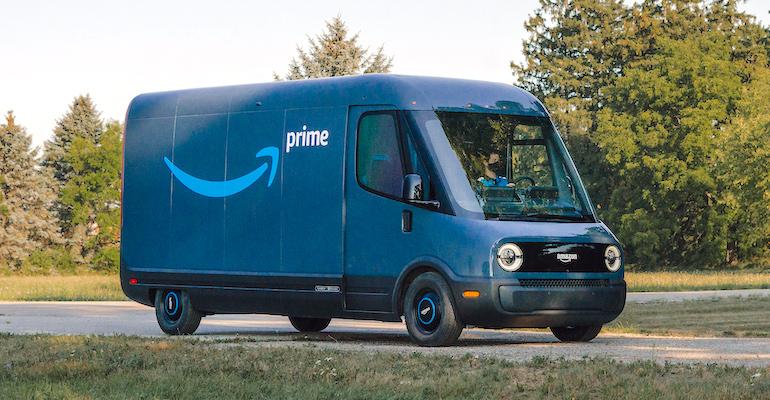 The innovative EV maker has designed a system to automate charging of the Amazon delivery vans it is building.

Centralized charging and short trips make delivery vans like the ones that Rivian is building for Amazon an appealing application for electrification. But when the fleet of vans returns to the depot in need of recharging, that chore could be time- and labor-intensive, as each van must be plugged in in turn and then disconnected to charge the next one.

“It may be beneficial to have a fleet of delivery trucks that all charge during overnight hours, to be deployed during the day for deliveries,” says Rivian’s patent application, “Automated Plug-In System and Method.”

Rivian sees a solution in its newly patented design for an automated connector that employs electromagnets to draw the charge plug to the van’s port and an electric screw system to cinch down the connection.

Rivian envisions a system where the charge cables dangle from above, positioned so that the plug falls within three inches of the van’s charge port. Power-operated charge port doors will open automatically to expose the port for access.

The system uses a standard Combined Charging System connection so that the vehicles can be charged using standard SAE Level 2 AC charging or DC fast charging. The connectors include a few important additional features that let them connect to the trucks automatically. 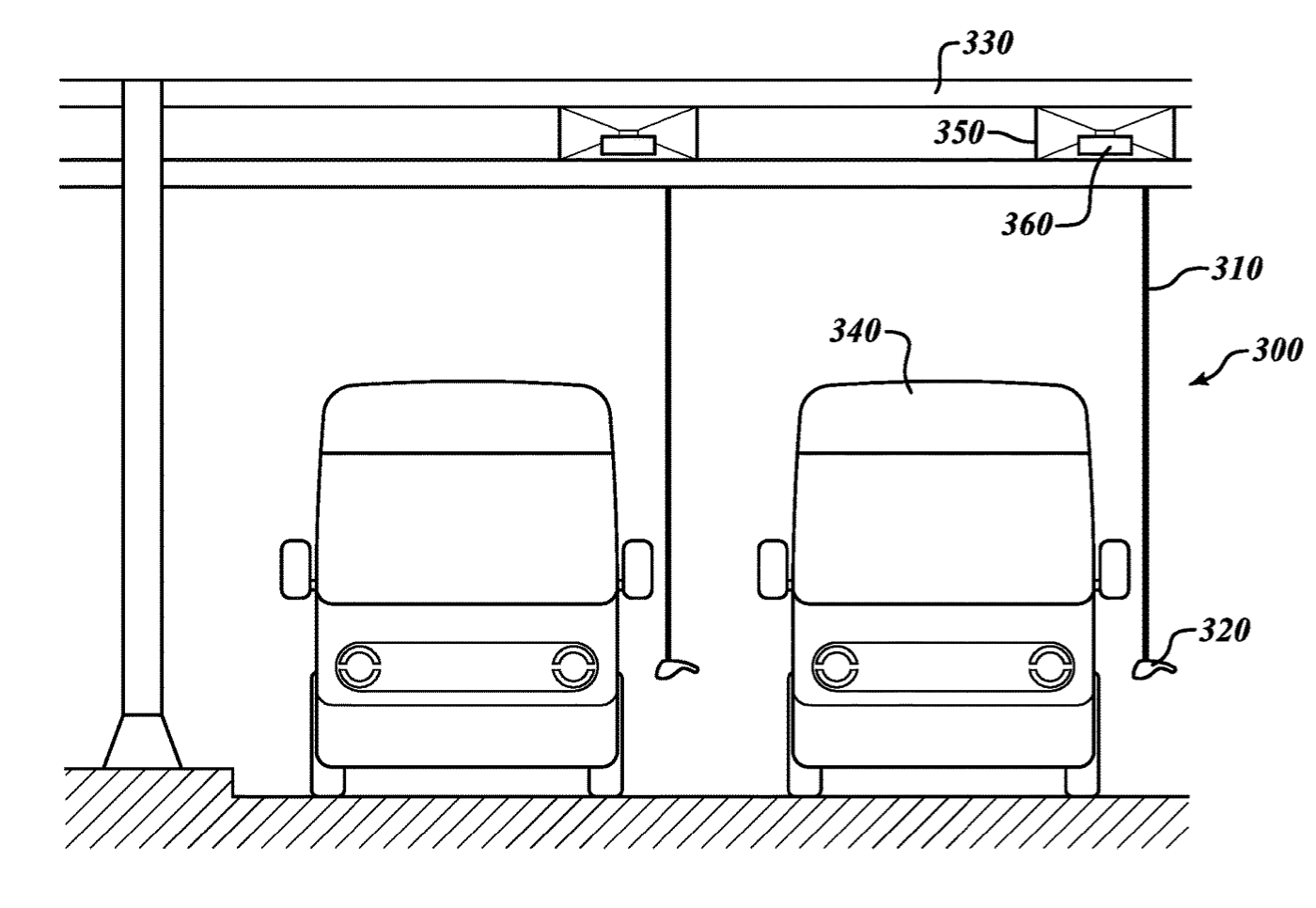 There are four electromagnets in the connector plug for the automated charging system, with four corresponding electromagnets located in the vehicle’s charging port. These magnets are activated with opposite polarities, attracting the plug to the port.

Once it makes physical contact, the plug includes connecting screws that align with conical recievers on the port that guide these screws to threaded holes. Once in place, the screws automatically tighten to pull the plug securely into the port for charging. At this point, the vehicle can be charged using battery-friendly AC charging or time-saving DC fast charging. 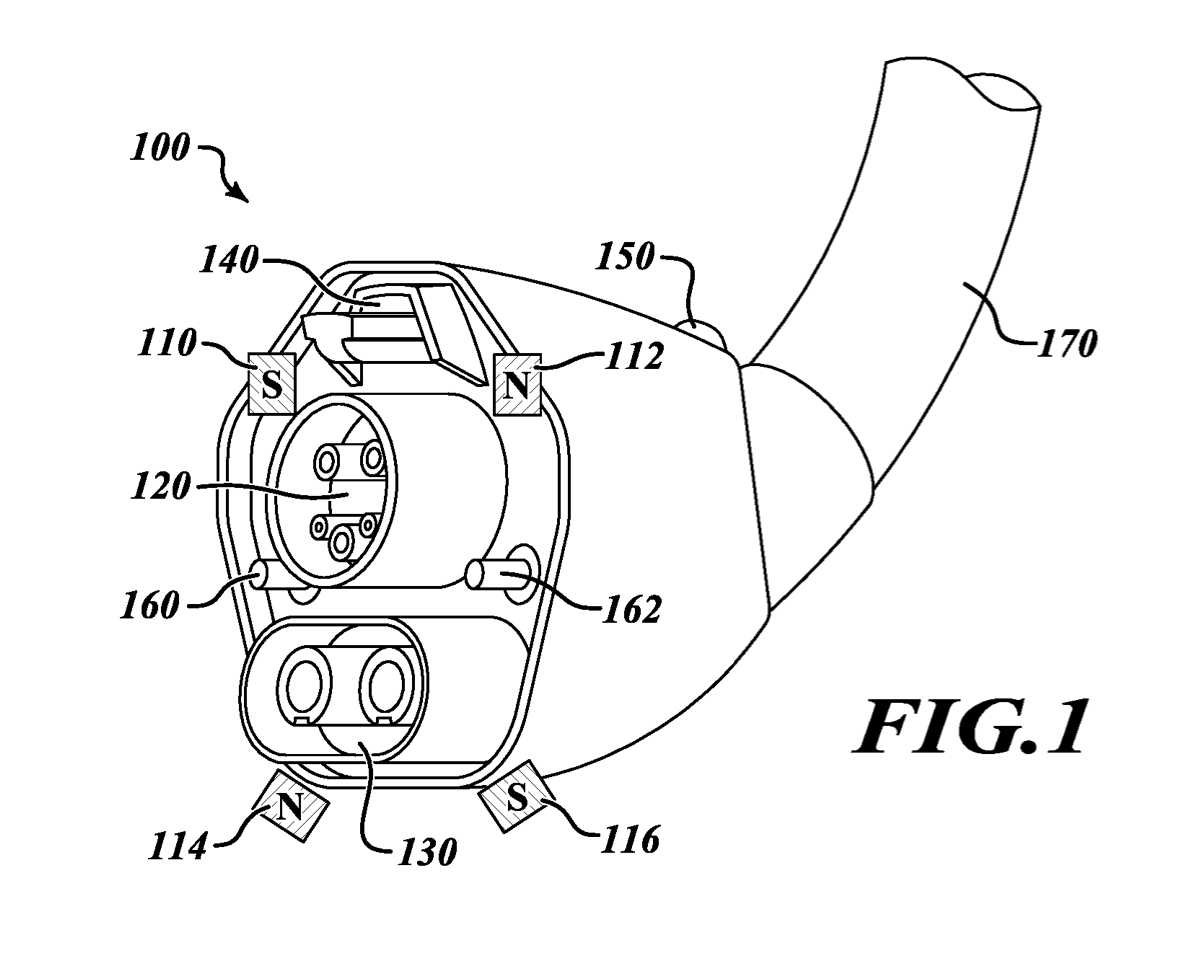 When charging is complete, the system reverses the screws in the connector, pushing the plug out of the receiver. Then the electromagnets activate again, this time using the same polarity rather than opposing polarity, pushing the dangling charge cable clear of the vehicle, which then automatically closes the door covering the charging port.

Then the system moves on to charge the next vehicle, all with the need for human intervention. “Relying on humans to plug in an electric vehicle after the vehicle has been parked is an inherently unreliable process,” notes Rivian’s patent application. “For business operations, an uncharged vehicle may equate to a loss of revenue,” the application concludes.