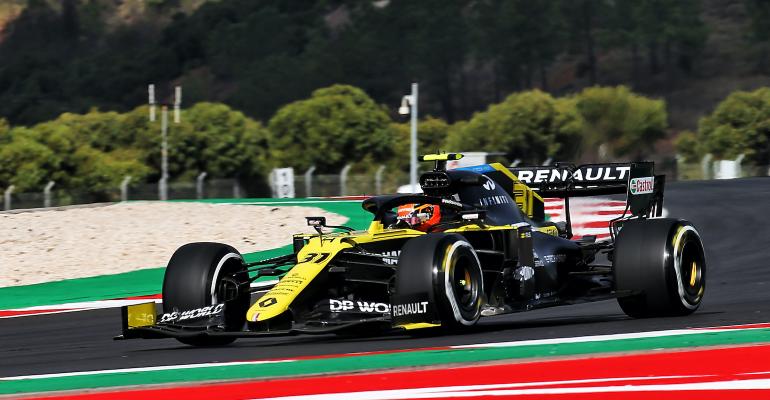 She’s been taking time from her busy schedule as a composites engineer for the team to visit with female high school seniors who are planning their college studies and encouraging them to stick with STEM majors even though they will be in the minority in those classes.

Related: Build Your Own Soapbox Derby Racer Courtesy of Hyundai

Paola discussed it in a recent LinkedIn post, when she wrote of one such visit, “For me, encouraging girls to study a STEM-related degree is perhaps the most important objective in my career. By giving talks, offering advice, and sharing all my knowledge, I aim to contribute to changing the narrative and breaking down the stereotypes in engineering.” 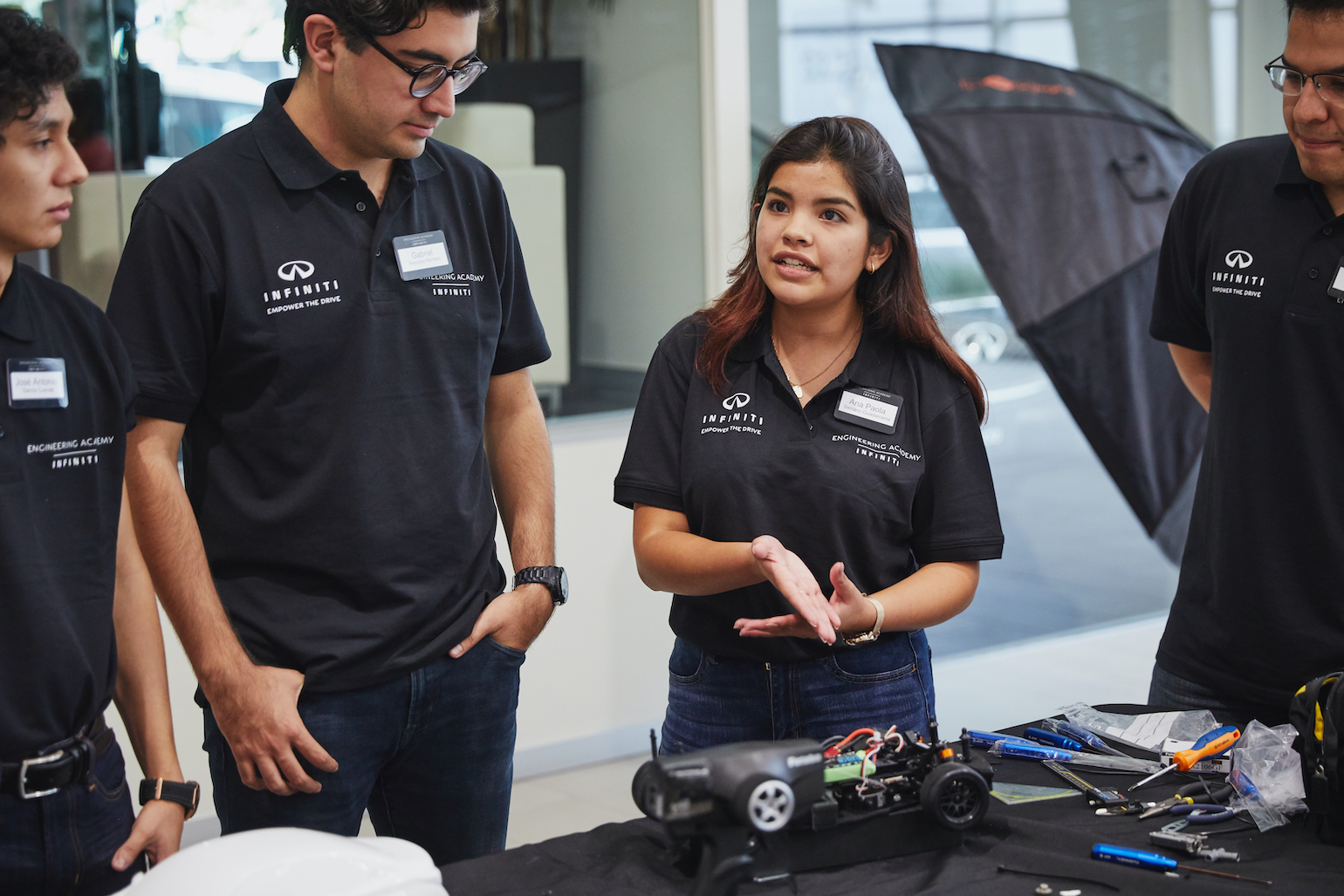 One student’s questions particularly struck her, she continued. “At the end of my talk, a young girl asked me about how I felt in a degree where less than 10 percent of the students were women. She wanted to know if opportunities were taken away from me because of my gender. She wanted to know just how hard she would have to work to enter a ‘man's world’.”

Another girl feared that she’d be less likely to finish her degree if she chooses a STEM major. “She was very worried she might not finish her degree because she is a woman,” Paola recalled. “This was shocking. I never considered I couldn’t finish something or doing something because I’m a girl. I think that’s the most important thing to teach them. That they can do anything if they have the passion. It makes no difference if you are a girl.”

Paola’s mechatronics engineering major at Tecnológico de Monterrey included only four women in a class of 30 students, she said in an interview with Design News. While there has fortunately been no overtly sexist obstruction of her efforts to succeed in school and professionally, that doesn’t mean that women are always treated the same.

“In university, people second guess you or not let you do as much,” she explained. “It is not terrible, but it definitely can sometimes be discouraging. It is very subtle. It is not like direct aggression or comments. It is so subtle that people think it is normal.”

Paola says that she perseveres in such situations because she was raised by parents who are both engineers. Her father is a chemical engineer and her mother is an industrial engineer who currently teaches chemistry and physics to high school students.

Additionally, her father insisted that she and her brother attend a bilingual school, so her English is virtually unaccented, which surely provides an advantage in the job market as well as in competitions.

With that background, doing technical work seems natural to her, even if her doing it doesn’t always seem natural to some of her peers. “It was useful to me that I was introduced to engineering at a young age,” Paola said. “They haven’t had that experience, so it is harder for them to see themselves as women in the engineering world.”

“Being born in a family where I was taught to open doors for myself and was held the highest standards has really made a difference for me,” she explained. “I will continue to give back in any way I can, in the spirit of sorority, equality, and a better future for all.”

Regardless of what some of them may have thought, Paola cites those peers in school for helping coach her in some of the hands-on technical skills where she had less experience. Paola participated in several student competitions while in school, and her teammates provided her a boost.

“The people are very helpful,” she stated. “I think everything that I know about the practical side of engineering I learned from them; how to cut with a saw, how to work the machines, how to analyze the designs in a practical way.”

Her first competition was a soapbox derby racer contest at her school. The next year Paola participated in a NASA human-powered lunar rover competition, and then the year after it was the international MATE ROV Competition for a remotely operated submarine.

With those competitions as preparation, Paola took on the Infiniti challenge. “To this day, I’m not sure how I won. It is such an amazing thing that happened, I am still shocked, honestly.”

She says that she blocked out thoughts of her competitors and their obvious skills. “I was the only woman in the final. That was very intimidating,” she said. “I think I just focused on myself, not comparing to anyone else. There was no room for self-doubt. I remember waking up that day and telling myself this is the big chance people wait a lifetime for. I cannot be scared. I cannot doubt. I must give everything I have.”

That focus paid off with a win. “It was probably the best experience of my life!” she observed. 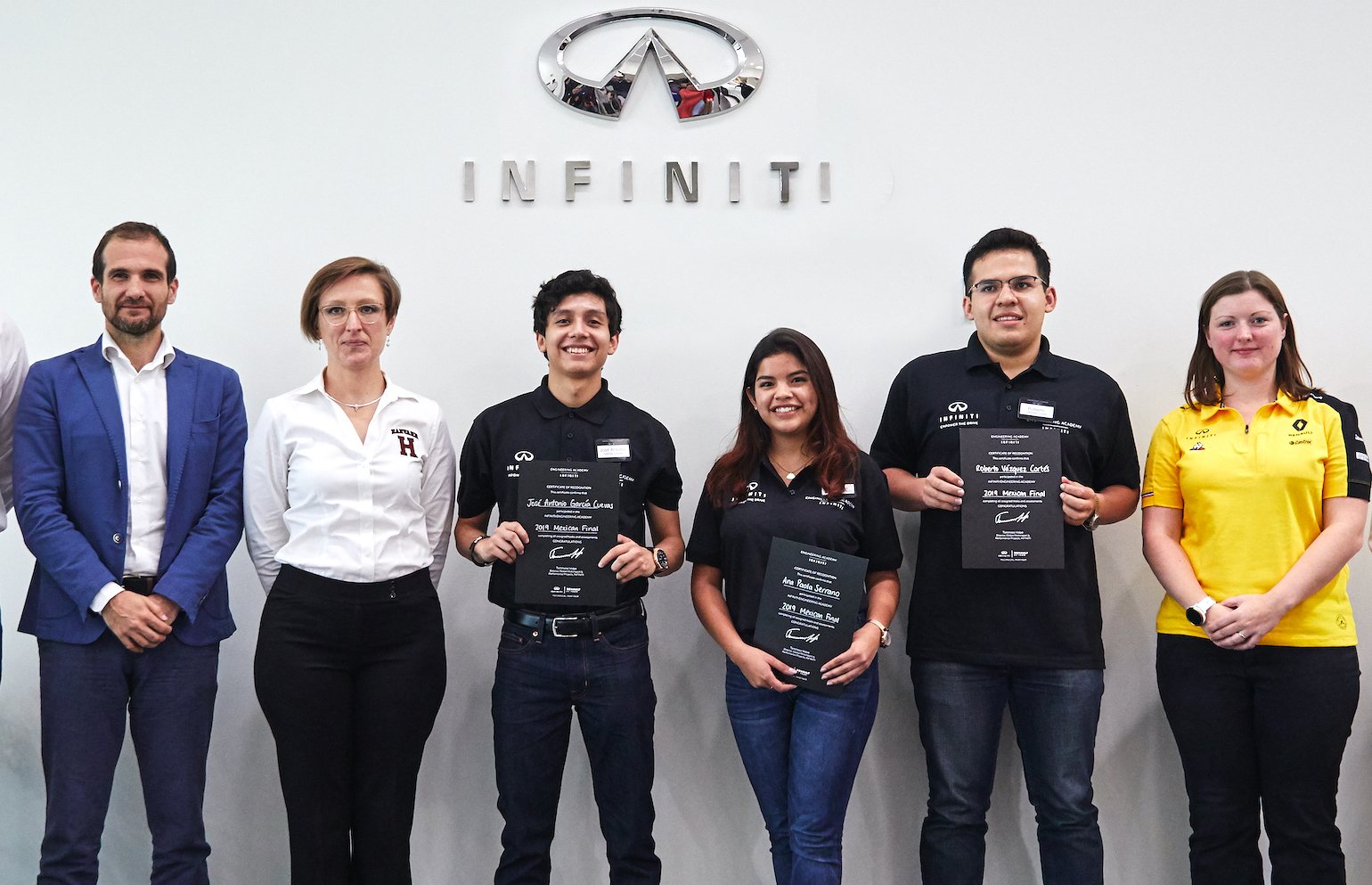 Ana Paola with other finalists from the Mexican round of the Infiniti Engineering Academy competition and Infiniti/Renault Sport representatives.

Her reward was a one-year placement spending six months with Infiniti Europe and six months with Renault F1. She is on the composites team working on laminates, which is providing more learning experiences.

“They are keen for me to learn. I’ve been to the labs and they go on about all these incredible experiences. They teach you to work the instruments. Not only working in your actual job but getting knowledge from other areas.”

Not only that, there is the reward of seeing weekday work going into competition at F1 races on weekends. "It is exciting doing something that goes racing every couple weeks and you can see the results of your work," she said.

Now she has one last semester to finish in school before graduating in 2021. With her experience prevailing as a woman against male competition, it seems certain that she will be just as successful when it comes to choosing a job.