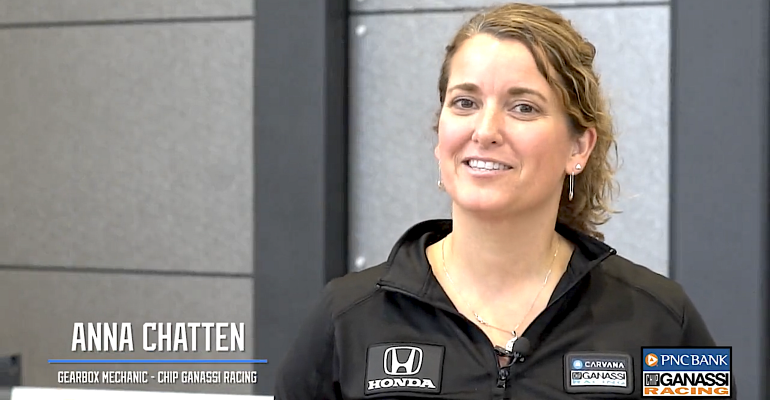 As women continue to make progress building careers in motorsports, some of them have achieved milestones that allow them to look back and consider their accomplishments while also offering guidance and support for women entering the industry today.

Anna Chatten cares for the Xtrac sequential gearbox on Jimmie Johnson's race car, a position she's earned from two decades of hard work. She participated in a question and answer session to discuss what she's learned.

Q: What is your role at Chip Ganassi Racing’s Indycar team and how did you get here?

Anna Chatten: I'm the gearbox sub-assembly mechanic on a 48 car. One of the best things I ever did was, in my last two years of high school, I did a co-op program and I worked at a machine shop, and I learned a lot of skills there. But the best thing that I learned was I definitely wanted to have a job that I loved going to every day. My first job as a professional in motor racing was for a sports car team. I started working on gearboxes then and I've never looked back.

Related: How to Build a Better Racing Tire

Q: What are your aspirations for the future of motorsports?

Anna Chatten: I have been in this business for a little over 20 years. So I've seen quite a bit of a change for females in motor racing. I think that in the beginning, I just really wanted to be accepted. And so I didn't really want to like draw attention to myself being a female. I saw that as a negative because I just kind of wanted to fly under the radar and do my job like everybody else. As I've gotten a little bit older, I have two daughters of my own, so my perception of that changed quite a bit.

I definitely want to be able to give back to other females that are coming into the business. I know how hard it was for me in the beginning, and I didn't really have too many people to lean on. So for myself personally, I would definitely like to make myself more available to people coming in behind me.

Q: If you could go back and do anything differently, what would it be?

Q: What is the coolest moment you’ve had so far in motorsports?

Anna Chatten: Standing on the grid at the Indianapolis 500 is just not a feeling you can replicate. There are a lot of really cool races that I've had the opportunity to do. That one's far different than any other. The grid at the start of that race is really probably my most favorite moment in motor racing, although I get to have it every year.

Q: Being in a predominantly male environment, how has your perception changed before and while working in motorsports?

Anna Chatten: I definitely had to work a little bit harder. People look at you a little bit closer. You just have to make fewer mistakes, but in the end, that's made me a better mechanic overall. It's definitely changed for me as time has marched on only because I've gained more and more experience. And I suppose I know how to handle situations like that better. 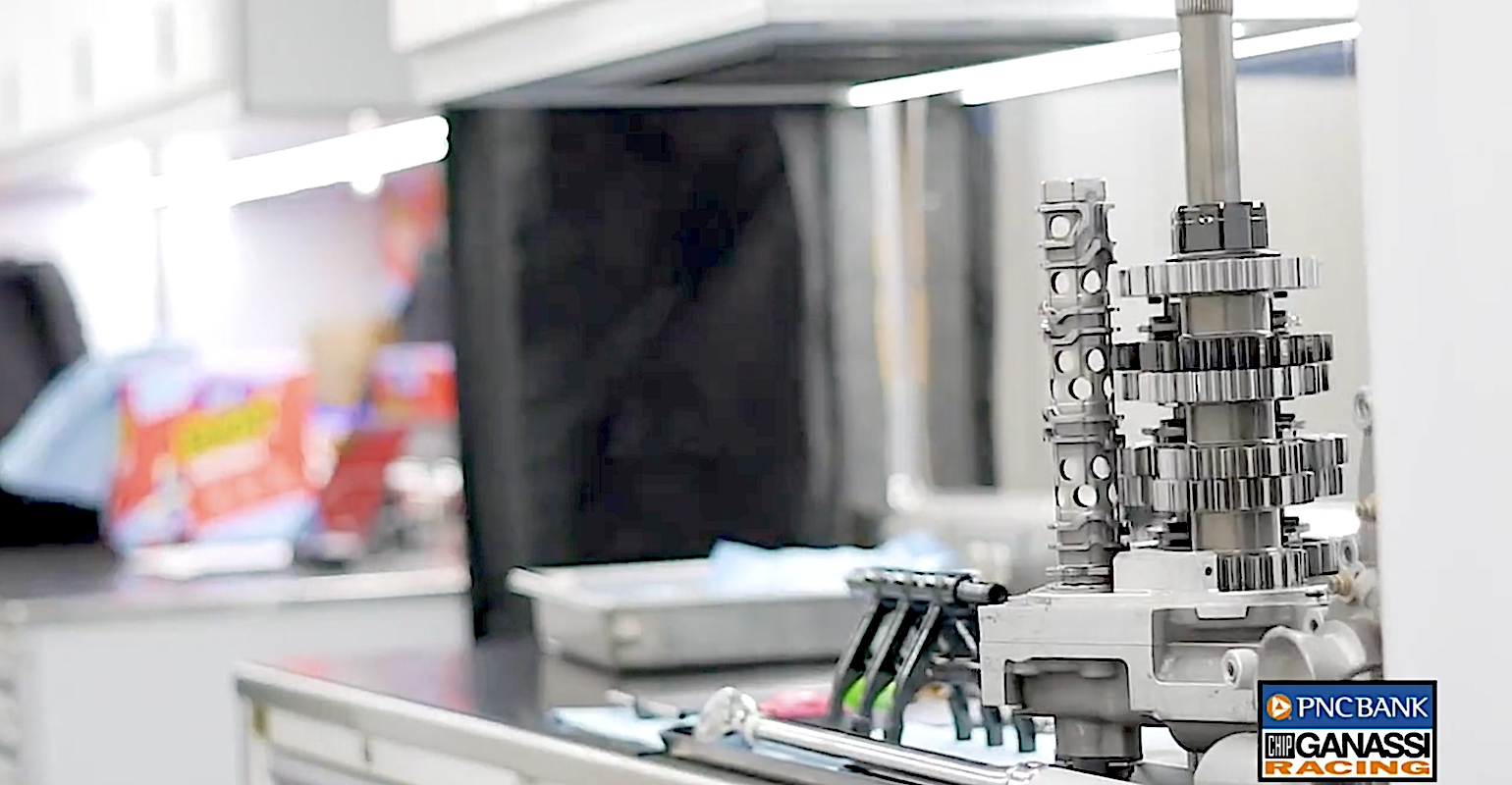 the gears inside an IndyCar's Xtrac transmission.

Q: What opportunities do you see for women to thrive in motorsports?

Anna Chatten: There are a ton of areas that women can thrive in motorsports that we don't traditionally think of. I think that we're great at multitasking and there's a lot of that in motor racing. The other thing is, in my job, there is some physical aspects of it, but there's nothing physically that I can't find a way to do. It's work smarter, not harder. If there's something I can't break loose, I wouldn't have been in this business for 20 years if I asked people to help me break something loose, so you always have to find a different way to do it. And just not let that hold you back.

Q: What financial insights can you offer to early-career women striving for financial independence based on your industry experience?

Anna Chatten: I would definitely say motor racing, it's still so male-dominated, that I would hope that coming in the gender wage gap is not an issue. But also I think sometimes as a female you feel so grateful for the opportunity that you're willing to overlook that and I would just encourage them to not I mean you're doing the same job and you should demand that same, that same equal pay as somebody else. 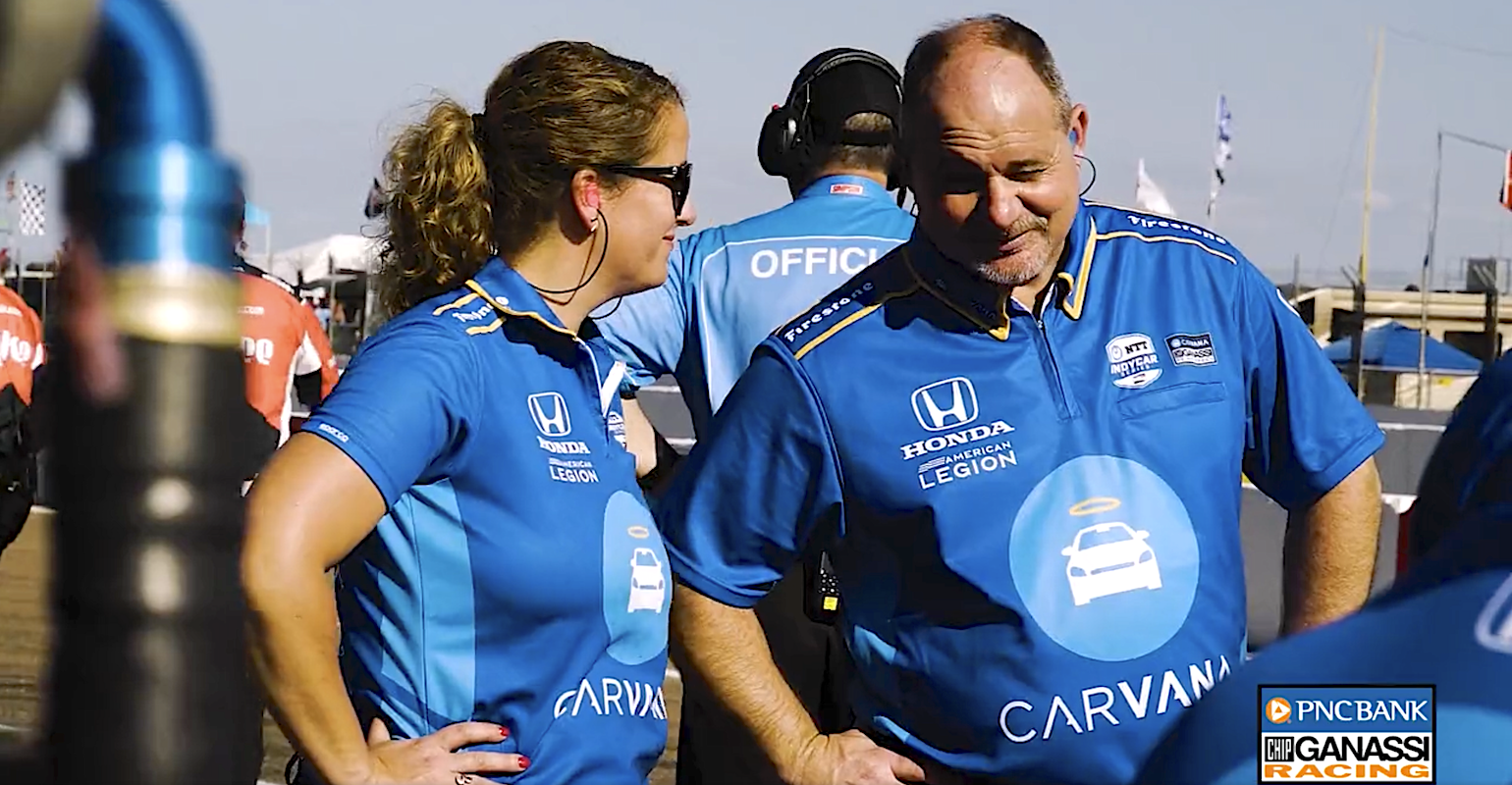 Chatten consults with a Chip Ganassi Racing colleague in the pit lane.