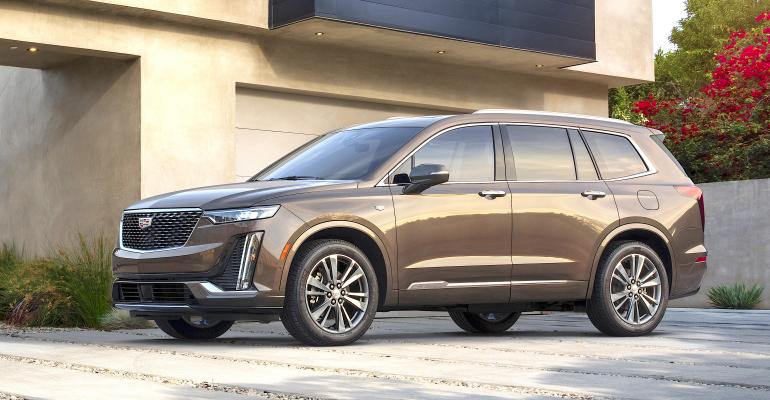 The 2021 Cadillac XT6 is a stylish, handsome, and comfortable crossover of exactly the sort that Cadillac needs to claw back customers lost to its imported rivals. The vehicle is the size and configuration that customers demand, delivered with deserved confidence for a reasonable starting price of $54,795.

Our Premium All-Wheel Drive version added options that run the price up to $70,465 at the bottom line. This adds technical goodies, such as a head-up display, safety features such as a surround-view camera and rear pedestrian alert, comfort upgrades such as ventilated front seats and heaters for the rear seats, and entertainment improvements including the impressive Bose Performance Series 14-speaker audio system.

But even the XT6’s base equipment includes a potentially valuable safety system, a forward collision alert. The system looks promising, and it is especially helpful that it provides notification when it identifies a pedestrian within the forward field of view, whether or not that person appears to be in danger of being struck by the XT6. The collision warning system surveys the world through an optical camera in the back of the rear-view mirror that looks through the windshield.

The pedestrian notification icon lets the driver know what the computer is seeing, so we can participate while the system watches the identified pedestrian to determine whether an alert to the driver is appropriate. Our vehicle included the HUD, so warnings were projected onto the windshield for maximum visibility, but they are also shown on the instrument panel, as they would be for those vehicles that lack a HUD.

It is fun when driving through the neighborhood to try to spot pedestrians before the Cadillac does, or to find them when it has identified them.

This is where we encountered issues with the system. Sometimes the pedestrian icon would appear, indicating that the forward collision alert system had identified a person within the system’s 52-degree field of view ahead of a distance of 40 meters, when there was plainly no person present.

OK, artificial intelligence is a work in progress, so it will make mistakes along the way. However, mistakes in the escalation of this identification from notification to an alert were more worrisome. Consider the collision warning I received for the runner who was approaching on the right-side sidewalk of a very wide suburban street. 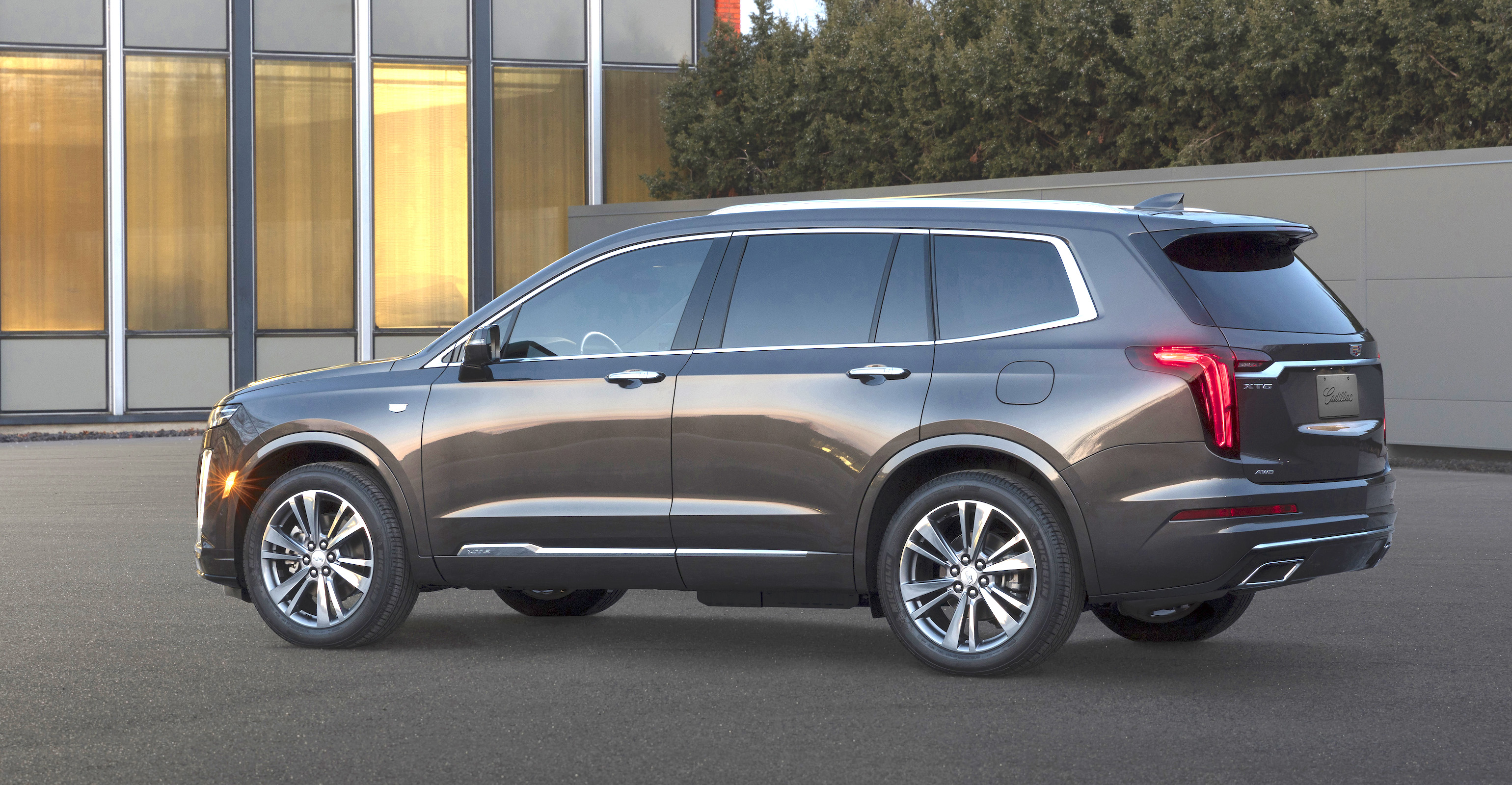 This involves an audible alarm, a vibrating haptic seat, and a flashing red warning on the HUD. In all, a serious warning! Fortunately, it did not escalate the process to the third stage and automatically brake.

Cadillac explained that the system watches for pedestrian-shaped objects ahead, specifically looking for two legs to discern people. The computer is trained to tell the difference between real people and signs depicting walking figures of people, which is smart. 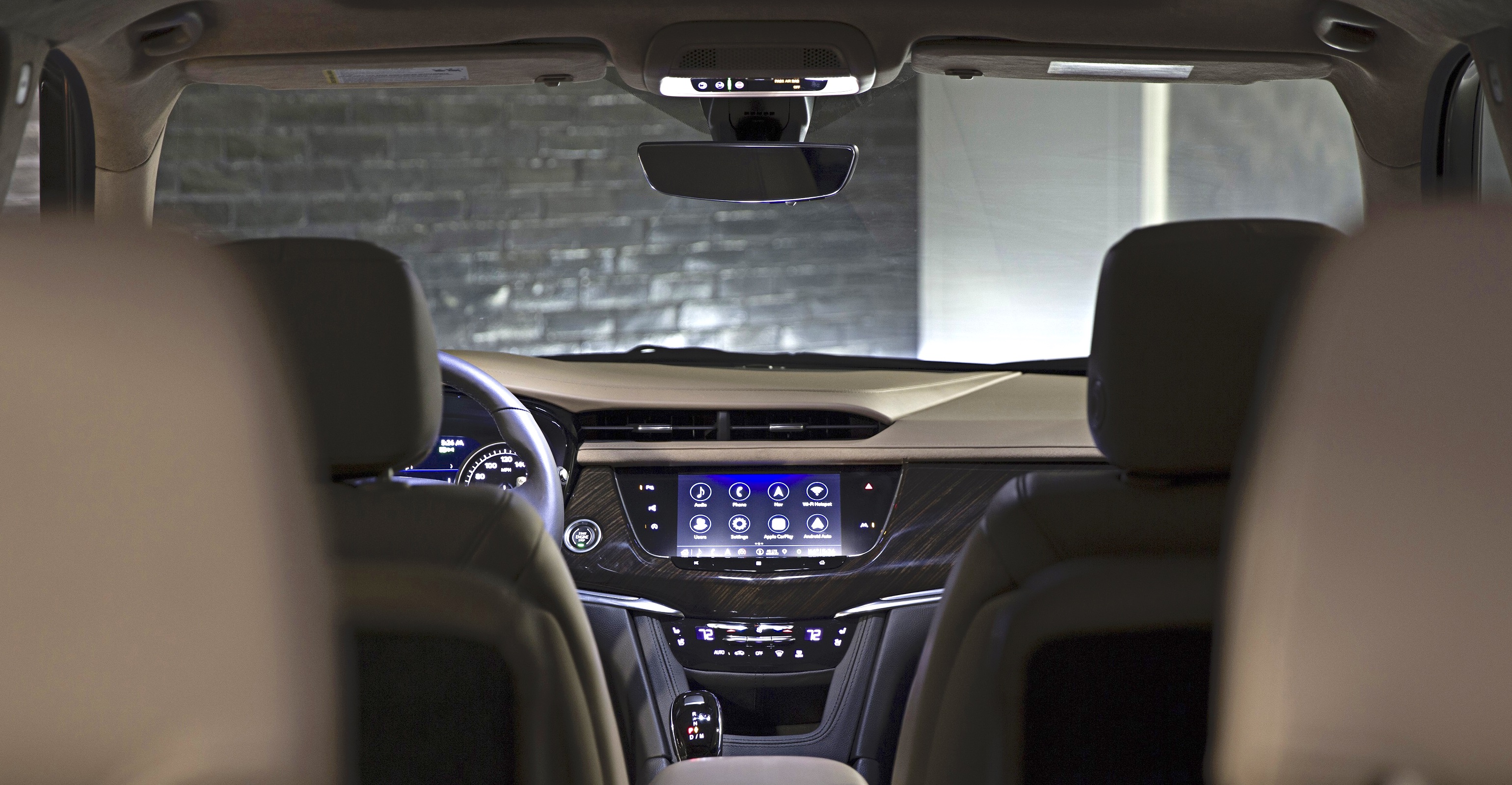 However, I also experienced an alert when no person was present at all. There were trash cans at the curbside, which distinctly do not have two legs. And sure enough, there was a crosswalk sign with an image of a pedestrian. So, one way or another, the Cadillac’s system mistook something in this scene for a walking pedestrian.

The most worrisome action of the collision warning system, however, was no warning at all. Driving through my neighborhood on the same wide, 25-mph street, I spotted a skateboarder ahead. He was swooshing casually toward me, missing only a bottle of Ocean Spray cranberry juice in his left hand to match the popular TikTok video skater.

The skater’s broad serpentine took him nearly from one side of the street to the other as he approached, so half the time his sinuous course was on my side of the street, headed directly toward me on a collision course. Of course, I could see that he’d vacate the lane before we collided, but the collision warning system was silent.

As he was standing feet-together on the board, the computer was evidently unable to recognize the skateboarder as a pedestrian, and no alert appeared. He crossed twice to my side of the street while within the system’s 40-meter range, the second time quite closely.

Still, no notification, much less the beeping, seat-shaking, flashing red light alert elicited by the trash can (or the crosswalk sign).

The skater swooped back to my left and passed by in the other lane, no fuss, no muss. But I was disconcerted that the collision warning system never indicated that it even saw him. GM’s explanation is that “first, he might not have looked like a walking pedestrian; second, based on both of your trajectories the system did not detect an imminent impact.”

I only wish the system had demonstrated sufficient mastery to suggest it could tell the skater’s sine wave would take him out of my direction of travel before our paths intersected, but it didn’t provide any such indication of that sophisticated an analysis.

We are still relatively early in the development of such systems, but here’s hoping for the sake of the Ocean Spray guy that GM engineers who enjoyed his TikTok video can tune their collision warning algorithm to recognize when he might be in danger. And maybe they can tune out some of the false alarms too.