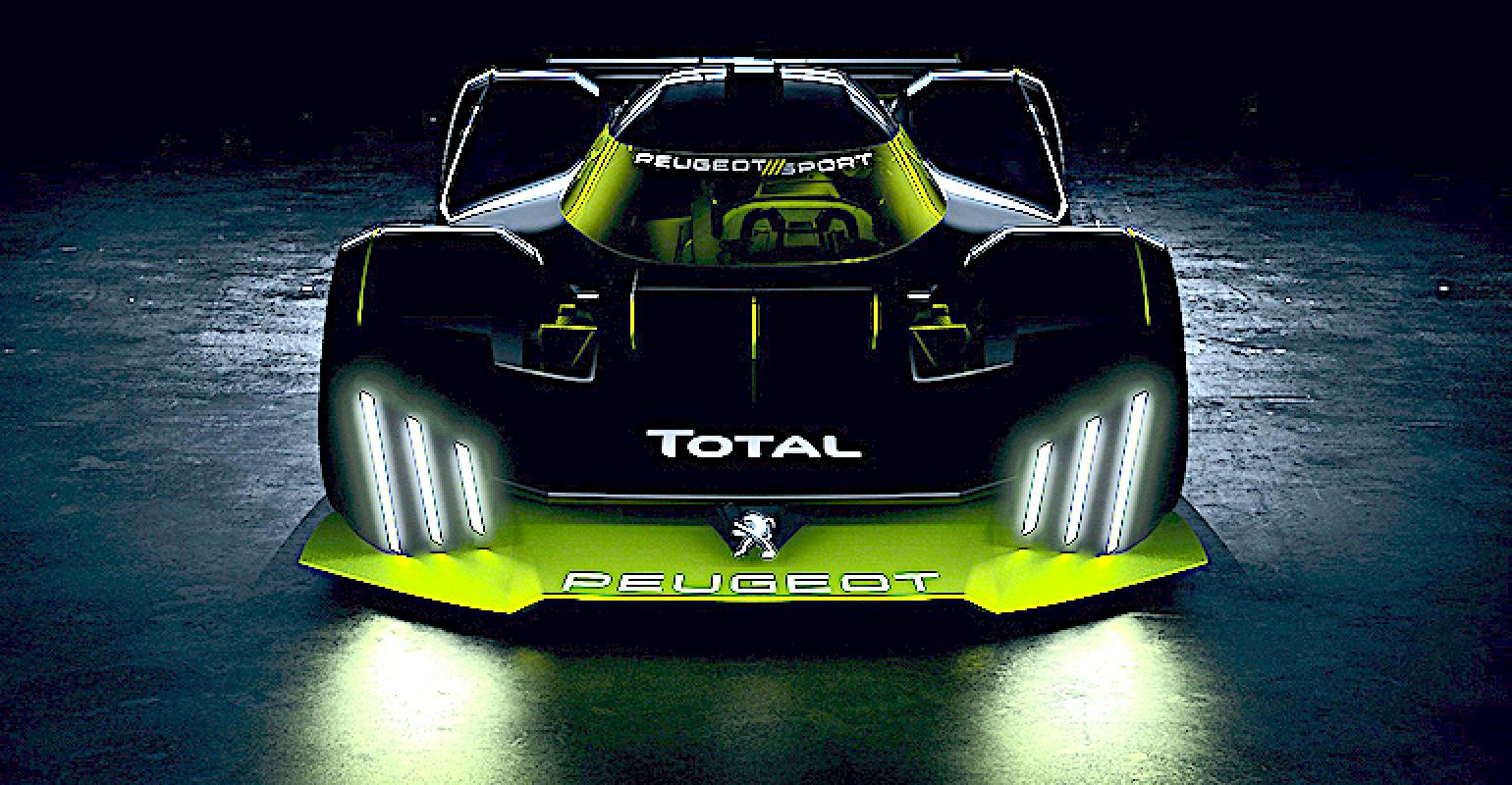 Start Slideshow ›
The new Hypercar class will debut at the 24 Hours of Le Mans in 2022, and Peugeot's got a hot design ready for the race.

French carmakers have a special connection to the 24 Hours of Le Mans sports car race, so it is was no surprise when Peugeot announced that the company would produce a contender for the race’s new Hypercar category starting in 2022.

Now the company has released the first information on their racer, dubbed the 9X8. The FIA World Endurance Championship, which is the sanctioning series for the Le Mans race, is moving away from the current Le Mans Prototype 1 category as the top class competing for the overall win after participating manufacturers quit the series one-by-one due to out-of-control costs.

Related: The 15 Coolest Classic Cars From The Paris Retromobile Show

Now, as a class of fascinating new street-legal hypercars is preparing to arrive on the scene, this new racing class will feature these new cars in racing form. In addition to Peugeot, sports car stalwart Ferrari has announced its return to the top class at Le Mans, along with Toyota, the German racing team ByKolles and the U.S. racing team and boutique manufacturer Scuderia Cameron Glickenhaus.

“Hypercar marks a turning point for Endurance Pierre Fillon, President of the Automobile Club de l’Ouest, which conducts the race at Le Mans. “By reining in costs, this new top class is the dawn of a bright future for the discipline with the prospect of major manufacturers returning to engage in thrilling battles on the track.”

Rules state that the maximum total power for Hypercars is 500 kilowatts (680 horsepower) and the minimum weight is 1,030 kg (2,266 lbs.). Officials scan each car’s bodywork and test it in a wind tunnel, while engine performance is gauged dynamically, on the track. Based on this benchmark information, cars are adjusted with a Balance of Performance that aims to equalize their chances of winning despite differences in their designs.

Peugeot’s 9X8 represents the French company’s best estimate of the optimum solution to this puzzle, so click through our gallery to learn the car’s details.

Ferrari Exhibits Its Side Of The 'Ford Vs Ferrari' Le Mans Drama
Jan 27, 2020