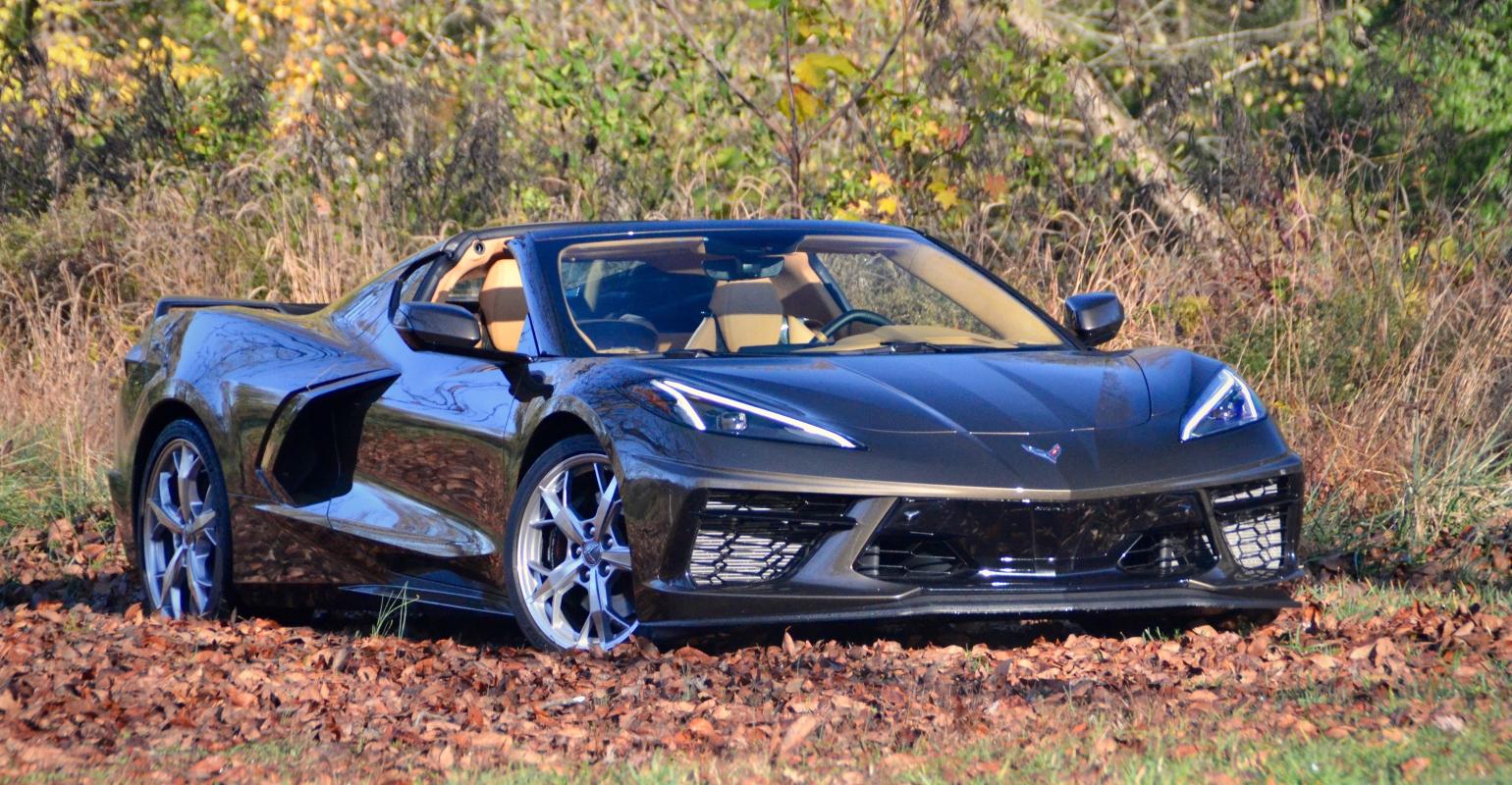 When Chevy engineers swapped the engine location, they also flipped the script.

The rakish new eighth-generation "C8" Chevrolet Corvette marks a dramatic change from its predecessors with the move of the engine from under the hood to behind the cockpit. The change had delivered many improvements, some of which were the motivation for the change and others that were happy side effects. We take a look at the benefits of the car in dispelling some old criticism.

Corvettes are cheaply made

The Corvette is a shocking value. Its price is a fraction of its exotic, mid-engined supercar competitors. In the past, this affordability came at the trade-off of an often-rattle-prone body structure that suffered from distressing creaks and groans. This was especially evident in the removable roof panel, which creaked when the car’s chassis twisted over bumps.

Related: Behind the wheel of the long-awaited mid-engine 2020 Chevrolet Corvette Stingray

The increased rigidity of the C8’s chassis has finally banished these issues, with the new car demonstrating rock-solid stability over bumps that would have had older ‘Vette’s dancing The Twist. 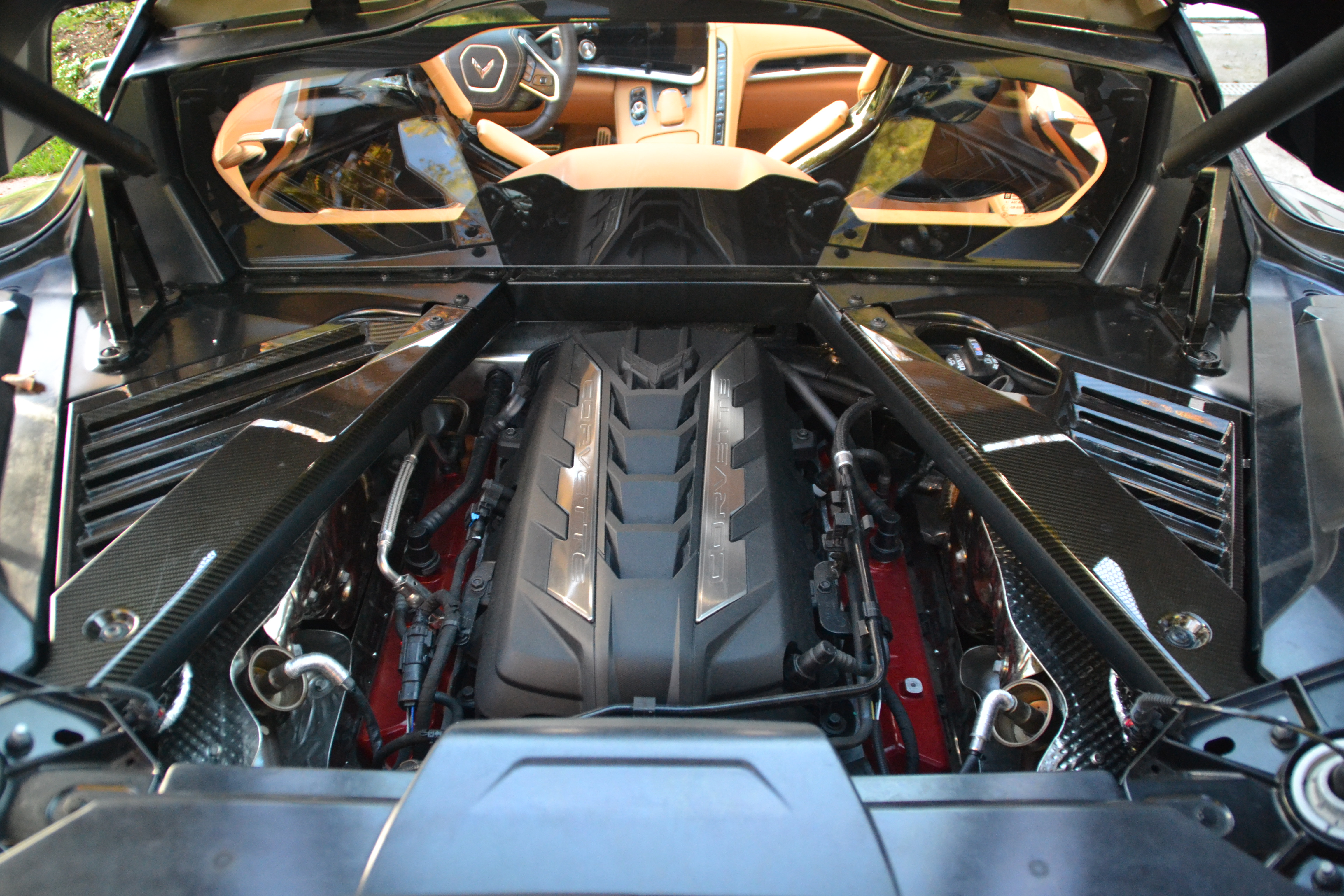 The small block V8 engine nestled behind the cockpit in the C8 Corvette.

Corvettes are hard to handle

Previous-generation front-engine Corvettes could be prone to lighting up their rear tires. The small block V8 sat behind the front axle, so the car’s balance was good, but relocating the engine to behind the cockpit puts more weight on the rear, providing more grip.

The Corvette now accelerates out of turns with otherworldly stability, which is a boon to everyday sports car driving as well as to the race car version.

Because Chevrolet has historically put its investment in powertrain and suspension advances for the Corvette, the budget for the cockpit appointments could get squeezed, and it showed. The car’s interior materials have often left much to be desired, with too many hard, shiny plastic trim parts that would never blight the cabin of a Porsche, for example.

The C8 Corvette’s interior needs no apologies, despite the car’s accessible $60,000 starting price. Optioned up with the available upgrades, the Corvette’s cabin is impressive. 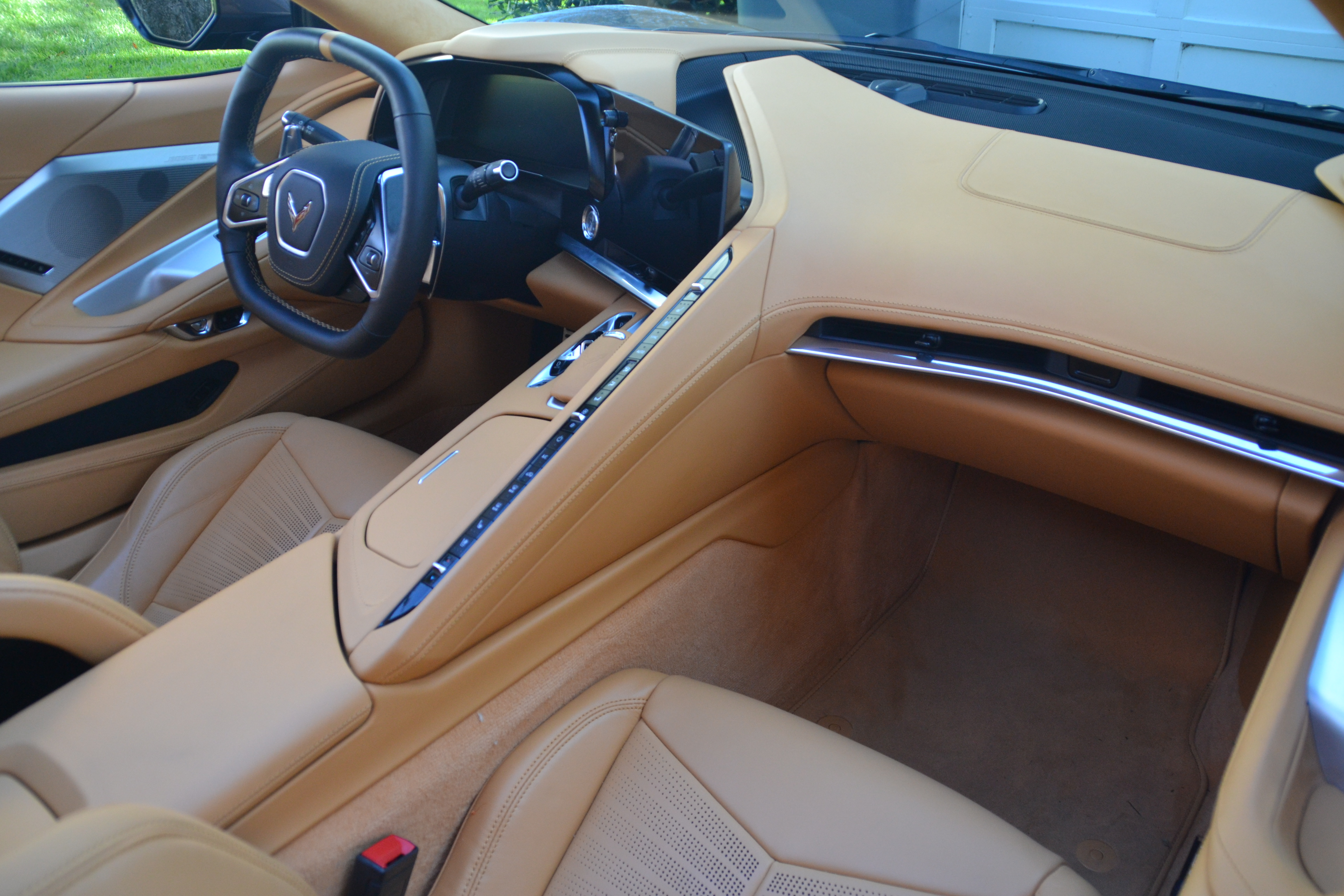 The beautifully appointed interior of the 2020 Corvette Stingray.

Mid-engine exotic cars have flat-crank V8 engines, V10s, or even V12s, all of which produce an incredible soundtrack that makes those cars’ price tags seem worth the price of admission. The Corvette, on the other hand, employs the same small block V8 engine used in common muscle cars, pony cars, pickup trucks, and hot rods.

Small block V8s sound great. But they are commonplace and not exotic. The C8 Corvette, though it maintains the traditional pushrod small block V8, nevertheless produces a unique, expensive sound thanks to its short exhaust that results from the engine sitting near the rear of the car. No one will mistake the Corvette’s snarl for the neighbor kid’s Mustang.

Since the Corvette’s inception in 1953, it has featured lightweight fiberglass bodywork rather than more typical steel panels. However, the resins in that fiberglass and the adhesives used to attach the parts left the Corvette’s cabin bathed in a distinct model-glue odor that we might encounter at a shop making repairs to fiberglass boats.

Chevrolet worked to minimize this over the years, but the switch to the mid-engine layout and resulting changes to the chassis construction have finally banished the volatile solvent smell that previously plagued America’s sports car. Porsche snobs should no longer literally turn their noses up at Corvettes because of the cockpit smell. 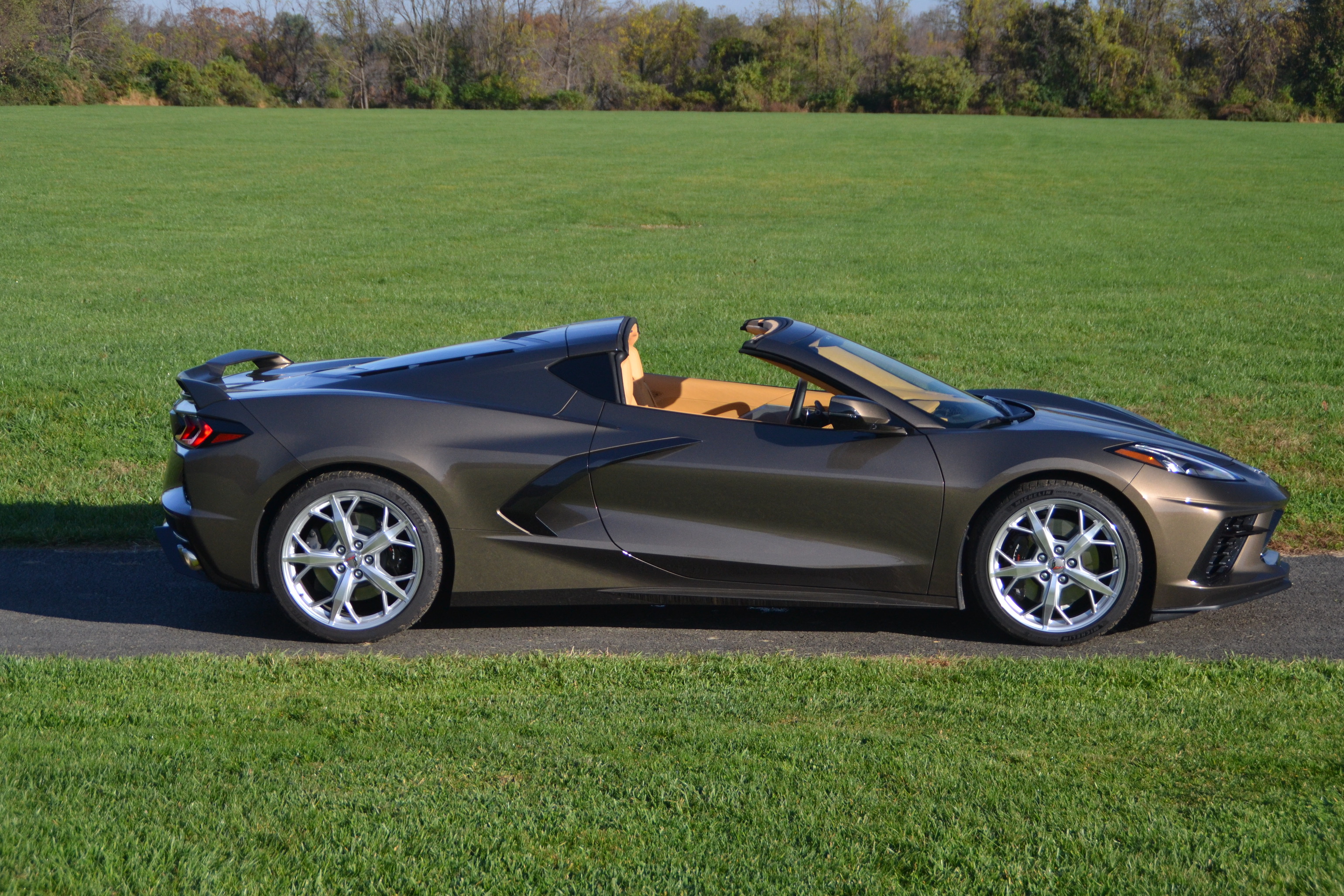 With its classic long-hood, short-deck proportions, front-engine Corvettes entranced generations of enthusiasts who grew up associating that silhouette with high performance. Younger drivers, however, have matured admiring the short-hood looks of mid-engine exotics from Ferrari and Lamborghini, and Porsche has both mid- and rear-engine sports cars.

The C8 Corvette, with its mid-mounted engine, now features those same proportions, with some more traditional Corvette styling cue overlayed on that foundation for the sake of brand identity. Person-on-the-street reaction to the change has been phenomenal, and Chevrolet should be gratified by the positive view so many young drivers have of this new car.

With the change of engine location, Chevrolet instantly made the Corvette relevant to generations of future buyers who would never have considered what had become a classic car when Corvette maintained its old front-engine layout. 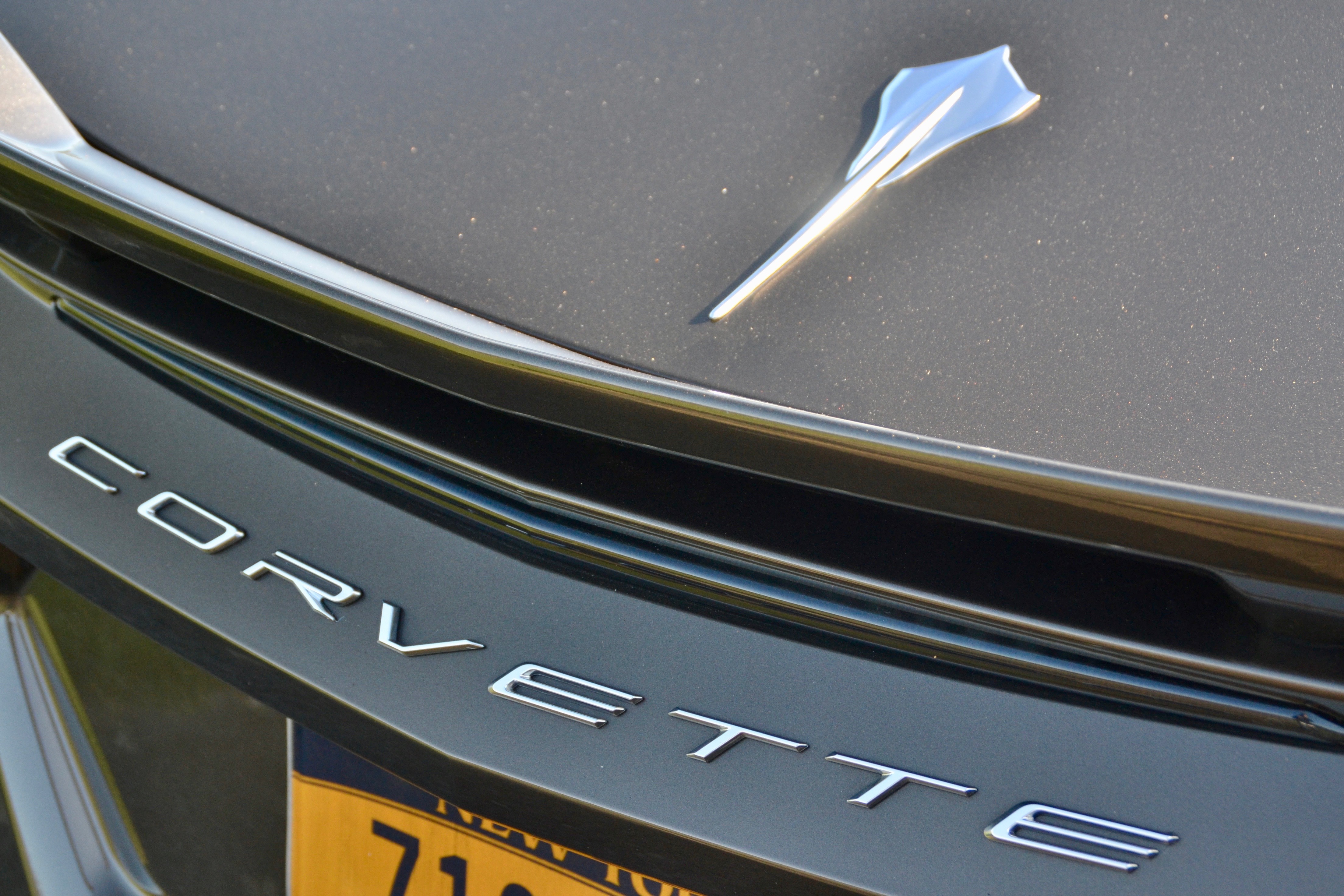 A Dozen Dazzling Cutting-Edge Corvettes Over The Decades
Dec 17, 2019

Hammer Down in the New Corvette Stingray at Spring Mountain Motor Resort
Mar 10, 2020