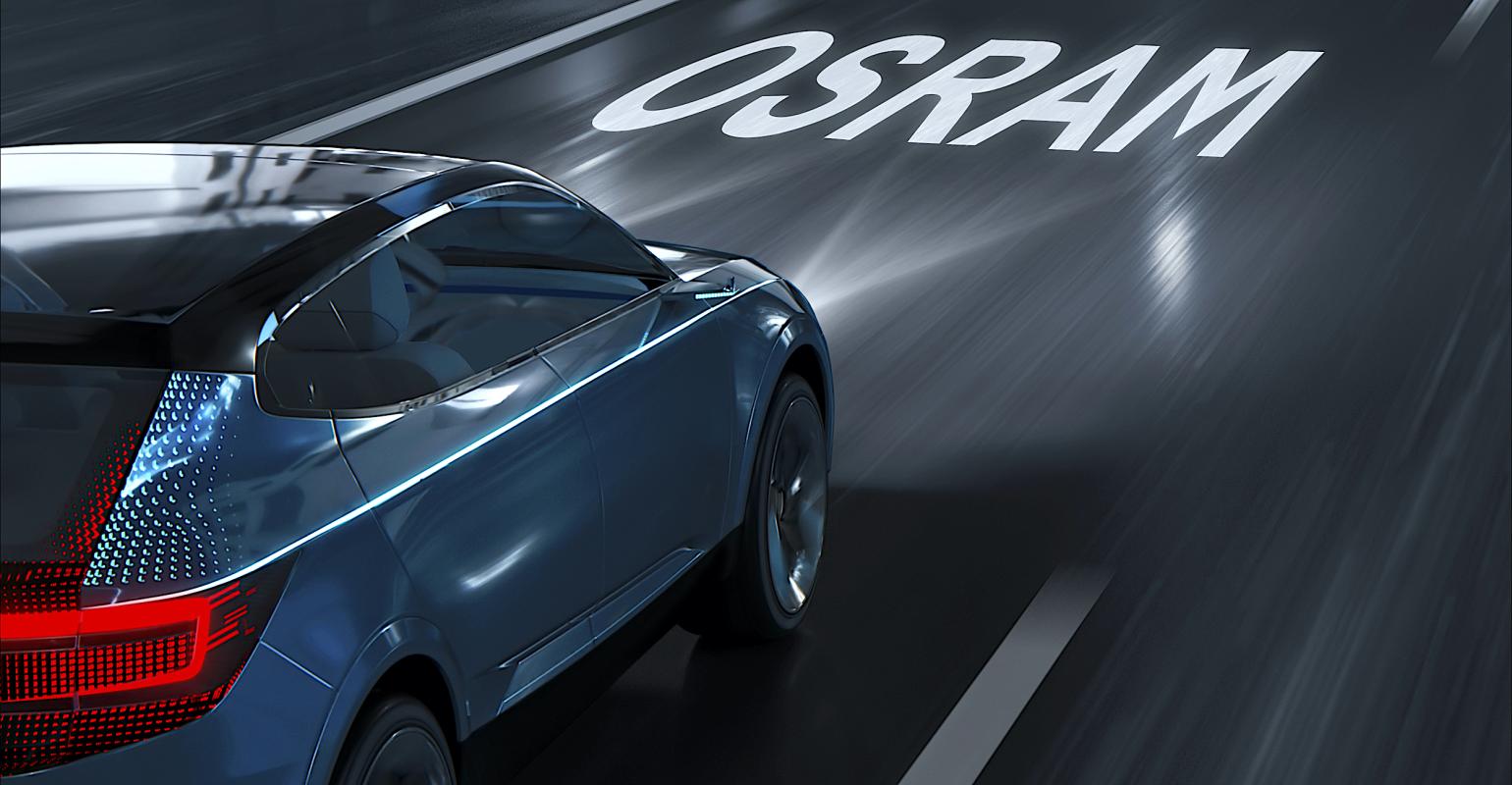 Osram LEDs can paint messages on the road ahead and creatively light the rear of the car.
Matrix LED lights can project images onto the road to convey messages as well as black out pixels to reduce glare for other road users.

While we’re all familiar with the ability of LCD panels to display impressive imagery, LED manufacturer Osram Opto Semiconductors says that its light-emitting diodes will provide a low-cost ability to create brighter pictures for some kinds of automotive displays, sort of like the automotive version of a stadium jumbotron.

“It allows us to pixelate a lot of the same imagery as a display but with higher brightness,” explained Mike Godwin, Director of LED Automotive Marketing at Osram Opto Semiconductors.

“It lends itself to symbology and messaging on the vehicle,” he said. Rows of LEDs on a low-cost printed circuit board, can, for example, be used to create brake lights that spell out “STOP,” or to create other kinds of visible graphics on the car. Messages can target drivers, passengers, and even pedestrians to provide information about the situation.

Messaging from the vehicle to pedestrians will be particularly important for eventual autonomous vehicles, as pedestrians will not have a driver to observe to gauge intentions, Godwin pointed out. A survey asking people about their concerns related to autonomous vehicles produced three responses in the top five that related to lighting issues, he said.

While smart lighting that conveys extra information through graphics sounds obviously beneficial, it only adds cost to an already-costly technology. Osram is aiming to contain that with its Eviyos LED products, which integrate the switching intelligence with the LED light source. “You are getting a monolithic light source, so you get some value in terms of [reduced] complexity,” said Godwin. 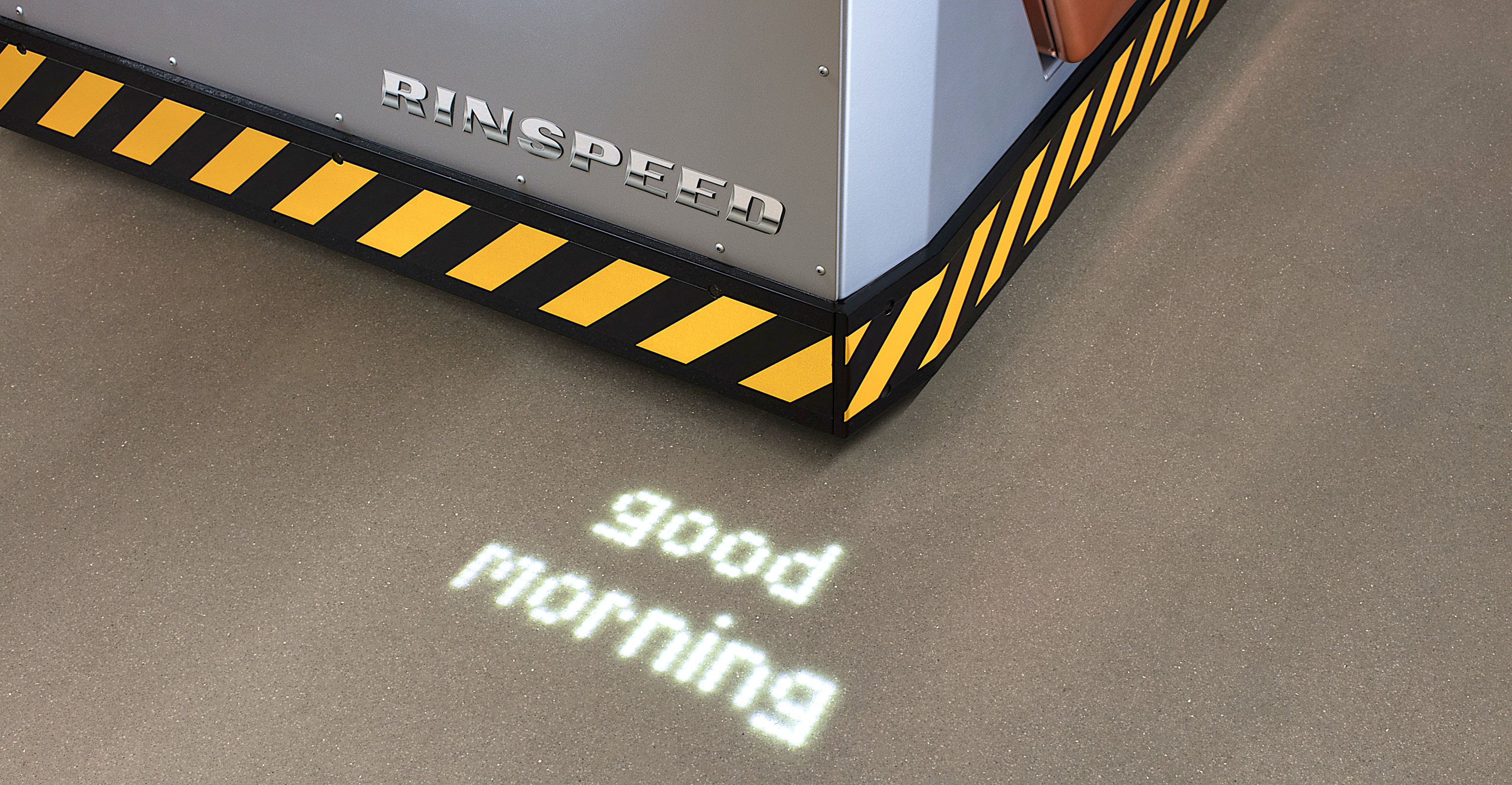 Osram’s earliest device incorporated 1,024 pixels for adaptive LED headlights. The second-generation version of Eviyos LEDs will put 25,600 pixels on a single chip to provide pinpoint lighting that eliminates blinding glare for oncoming drivers and pedestrians by blacking out those pixels aimed at them.

The headlights can paint the road ahead with information such as a snowflake indicating slippery conditions. Other uses include providing notifications of distance to the vehicle ahead and wheel track guidance to assist the driver in placing the car in the lane. Mass transit vehicles could use such LEDs to provide puddle lighting on the ground that conveys information or reminds passengers to watch their steps while unloading from a bus.

Jaguar debuted Osram's SmartMatrix pixelated LED headlights on its E-Pace SUV, according to Osram's Fritz Lorek, writing on the company's blog. We sampled a version of it on Jaguar's F-Type last year in the last media drive program before the pandemic and found the pixelated lights deliver impressively on their promise. We look forward to experiencing Eviyos 2.0. Mercedes-Benz is also using LED matrix lighting, as shown in the video above. 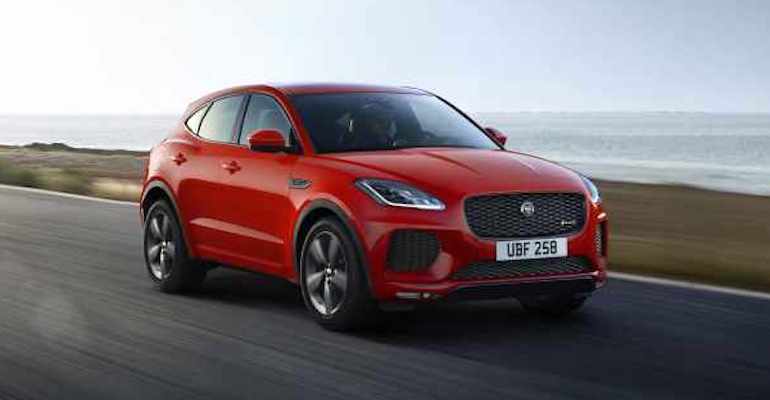 The second-generation LED chip measures just 40 mm2 with a pixel pitch of 40 µm and a 1:4 aspect ratio. It has high-resolution imaging capability, with a resolution of 0.1 to 0.05-degrees, depending on the optics. Version 2.0 also features increased contrast. The company is working to commercialize these chips now, with the Production Part Approval Process (PPAP) slated for 2023, according to Godwin.

Actively adaptive headlights that automatically dim only the parts of the light potentially throwing glare on others are permissible in Europe but haven’t yet been approved by the U.S. National Highway Transportation Administration. Industry lobbyists endeavor to, ahem, show the government regulators the light, but so far without success.

Nevertheless, widespread adoption of this technology remains on schedule because so far these lights are limited to only a few high-end models. “I don’t think that’s impeding the progress or the technology because, if you look at the ways carmakers are using light, they are using it more as communication and status,” noted Godwin.

Not All Critical Chips Suffering From Shortages
Mar 16, 2021