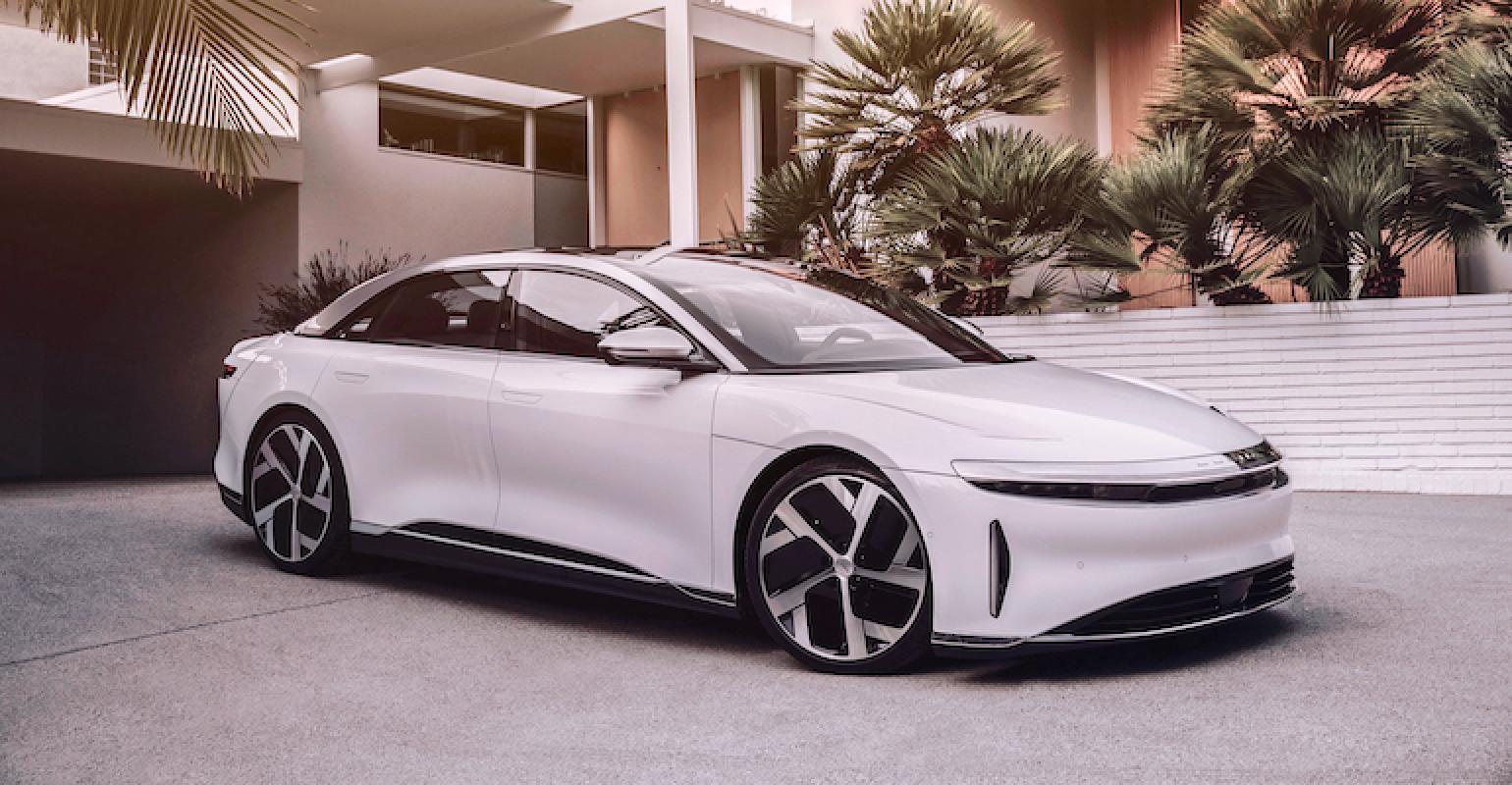 Lucid Motors is pressing the advantages of its much-newer technology to steal Tesla’s thunder.

Newark, California’s Lucid Motors took another step toward a planned Spring 2021 production start with the release of additional specifications and details on the company’s innovative luxury sedan, the Lucid Air.

While Lucid president and CTO Peter Rawlinson already discussed many of the car’s technical details with Design News in June, now the company has the results of the third-party driving range test, which showed that the Air will achieve a driving range of 517 miles on a charge in the EPA’s test.

The Air achieves this remarkable range, which tops the Model S Long Range Plus’s 402 miles by 29 percent with a battery back that has only 13 percent greater capacity than the Tesla’s 100 kilowatt-hours. “Anyone can stuff a huge battery in an electric car and get a huge range. That’s dumb range,” said Rawlinson.

“What we want to do is create smart range,” he continued. “Why I’m thrilled we got over 500 miles is because we’ve done it with a significantly smaller battery pack. We are over 15 percent more efficient than the nearest competitor.”

Related: Blink Mobile Charger is a Virtual Gas Can for EVs 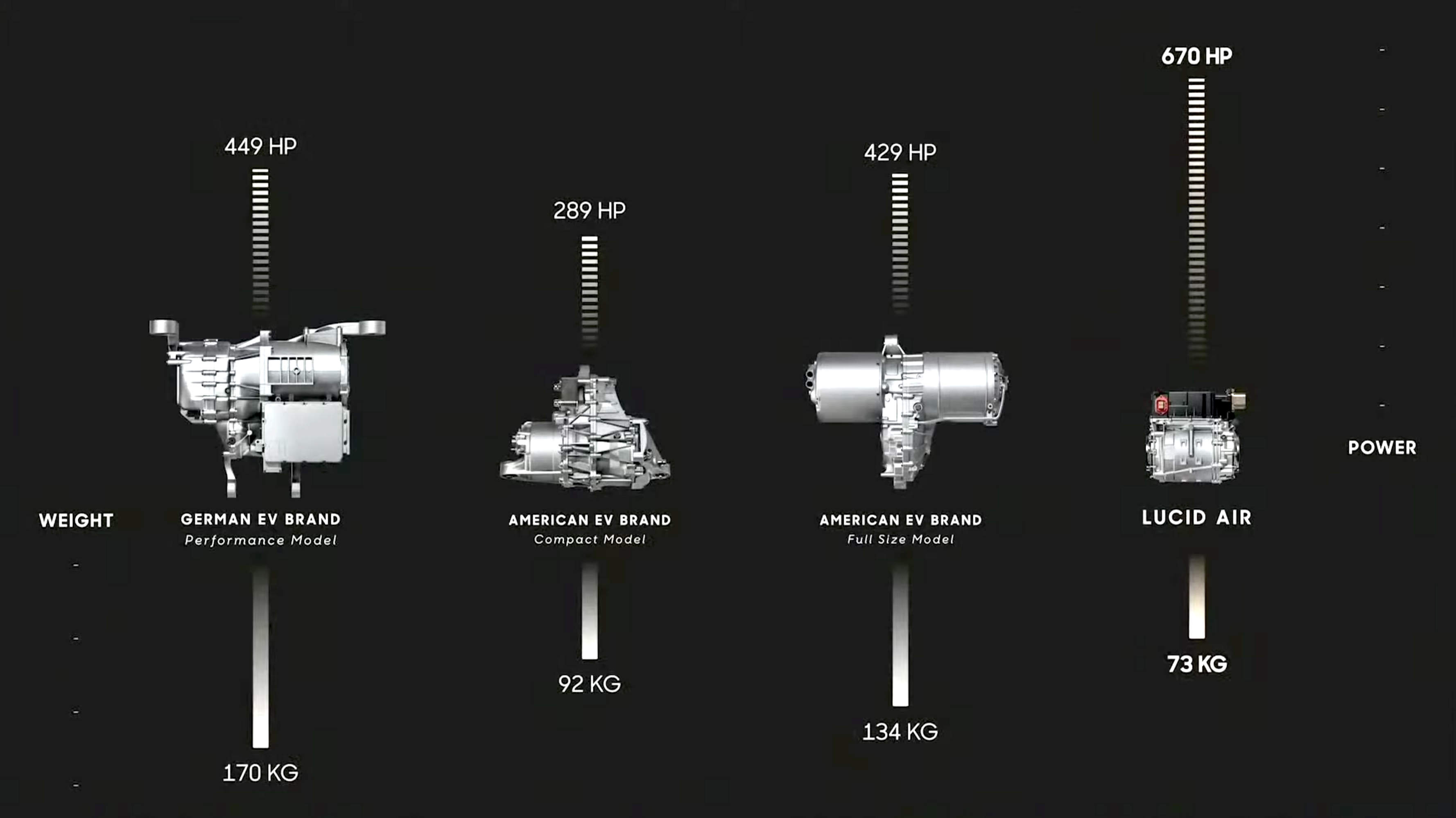 Additionally, the Air is quick to charge, which is as much of an EV obstacle as driving range. The car’s silicon carbide chips in its 924-volt charging system contribute to the Air’s ability to add 300 miles of driving range in just 20 minutes, which isn’t that much more time than it takes to do the same thing with a gas-fueled car.

Rawlinson also points to the car’s software as an advantage. “A really big part of our battery architecture is our battery monitoring system,” he said. “It helps our thermal management and it helps the life expectancy of the pack and is a significant contributor to range efficiency.”

And there are efficiencies provided by the Air’s use of compact, lightweight components. The car’s entire electric motor, transmission and power electronics module weighs only 160 lbs. And the powertrain’s compact size contributes to a front trunk (frunk) that is huge. “We can fit the volume of four competitor EVs’ frunks all in our single frunk with liters to spare,” crowed Rawlinson. 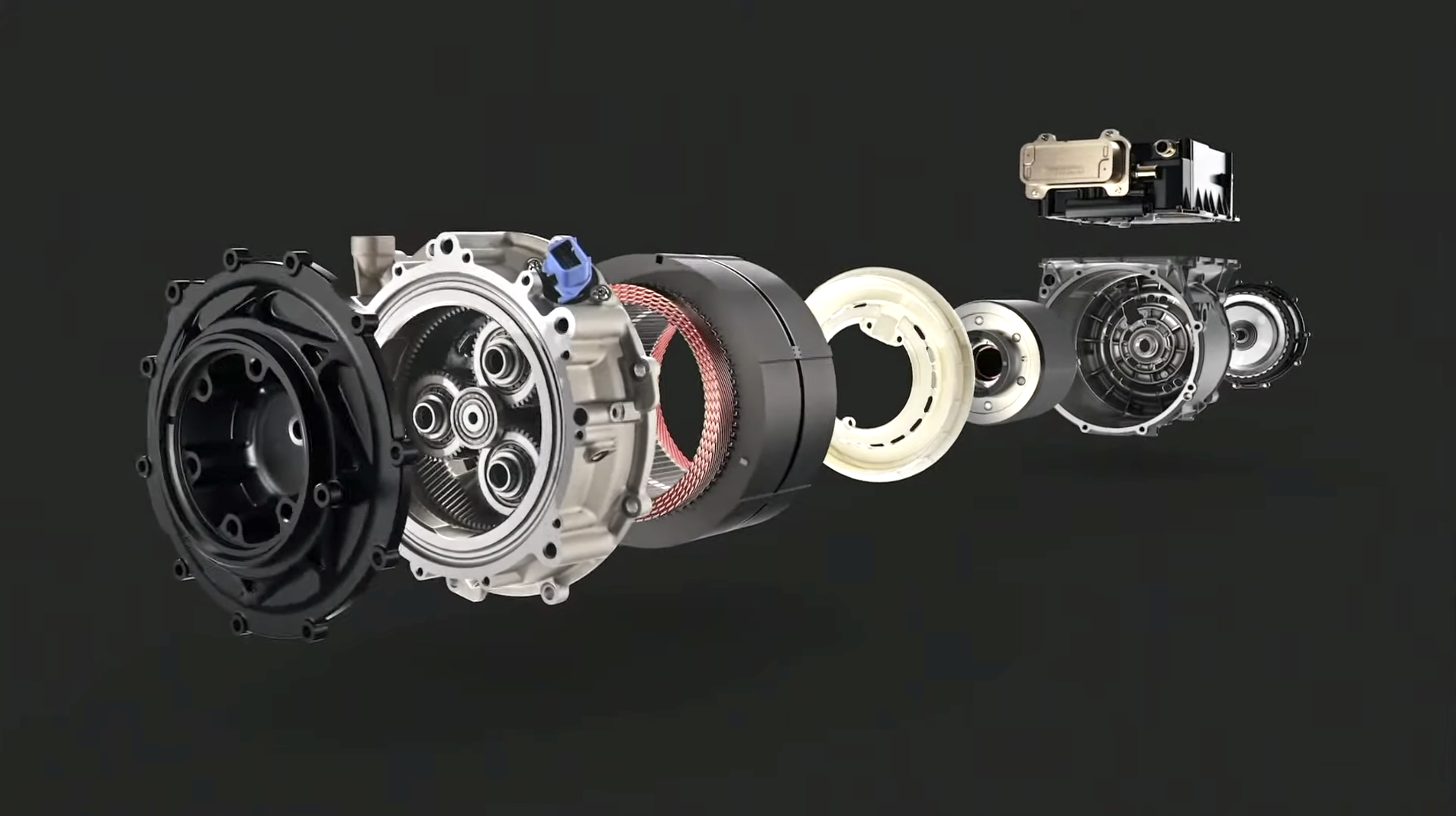 While these emerging specifications, and others like the blistering 9.9-second quarter acceleration time and the 0.21 coefficient of drag, are impressive, the Air breaks new ground in other areas.

For example, the Air’s lidar system resolves details of objects ahead at a higher resolution, so the car can see better than others. “An industry-first high-definition lidar system generates a very high-resolution point cloud that we can use to identify objects in front of the vehicle,” explained vice president of hardware engineering Eric Bach.  “We fuse this data from this high-res lidar with the data we are getting from the radars and the cameras and create a real, realistic, and redundant space for the vehicle to find its path in.”

The Air also helps drivers see better too, with an innovative low-profile headlight system. “I’m particularly proud that we’ve been able to re-engineer a headlamp completely,” Bach said. “We are using a microlens array optical system. A key benefit of these microlens arrays is also that we can maintain a very high level of efficiency of energy that we convert into light. Miniaturizing the light module enables us to have the slimmest light output aperture in the industry. On top of that, it is also the most luminant light. It is super bright.” 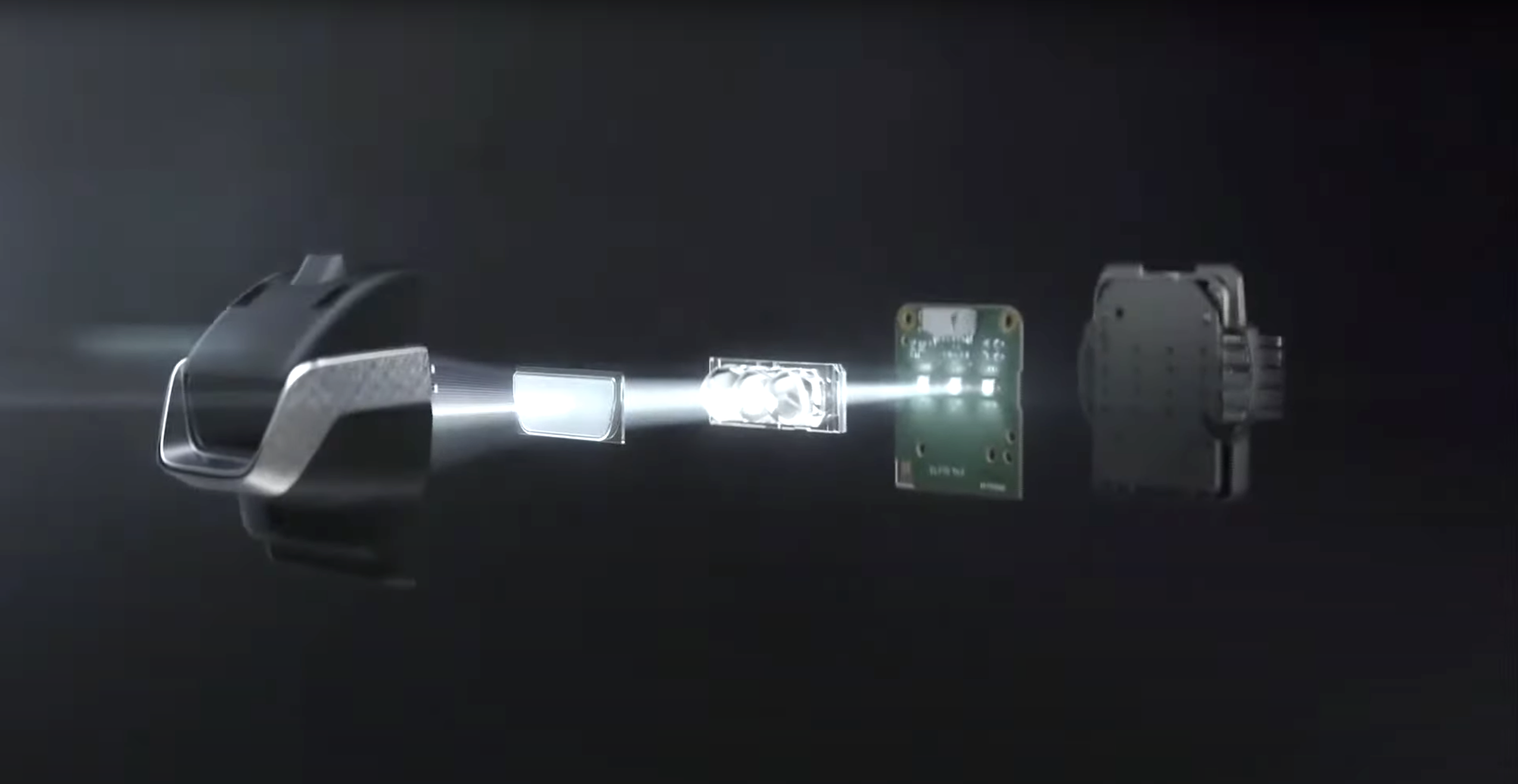 The lights are not only bright, but they are also carefully directed, Bach added. “Further innovation is a solid state swiveling high beam,” he said. “We’ve got thousands of little optical channels that distribute the light super evenly onto the road in front of the driver. With that projection of thousands of images on top of each other, we achieve the most homogeneous headlight of any car out there.”

One of Lucid Air’s biggest advances comes in the form of the car’s charging system. While this maybe doesn’t seem as exciting as some other of the car’s components, the charger is crucial to being able to quickly charge the Air’s 113 kWh, 924-volt battery pack. 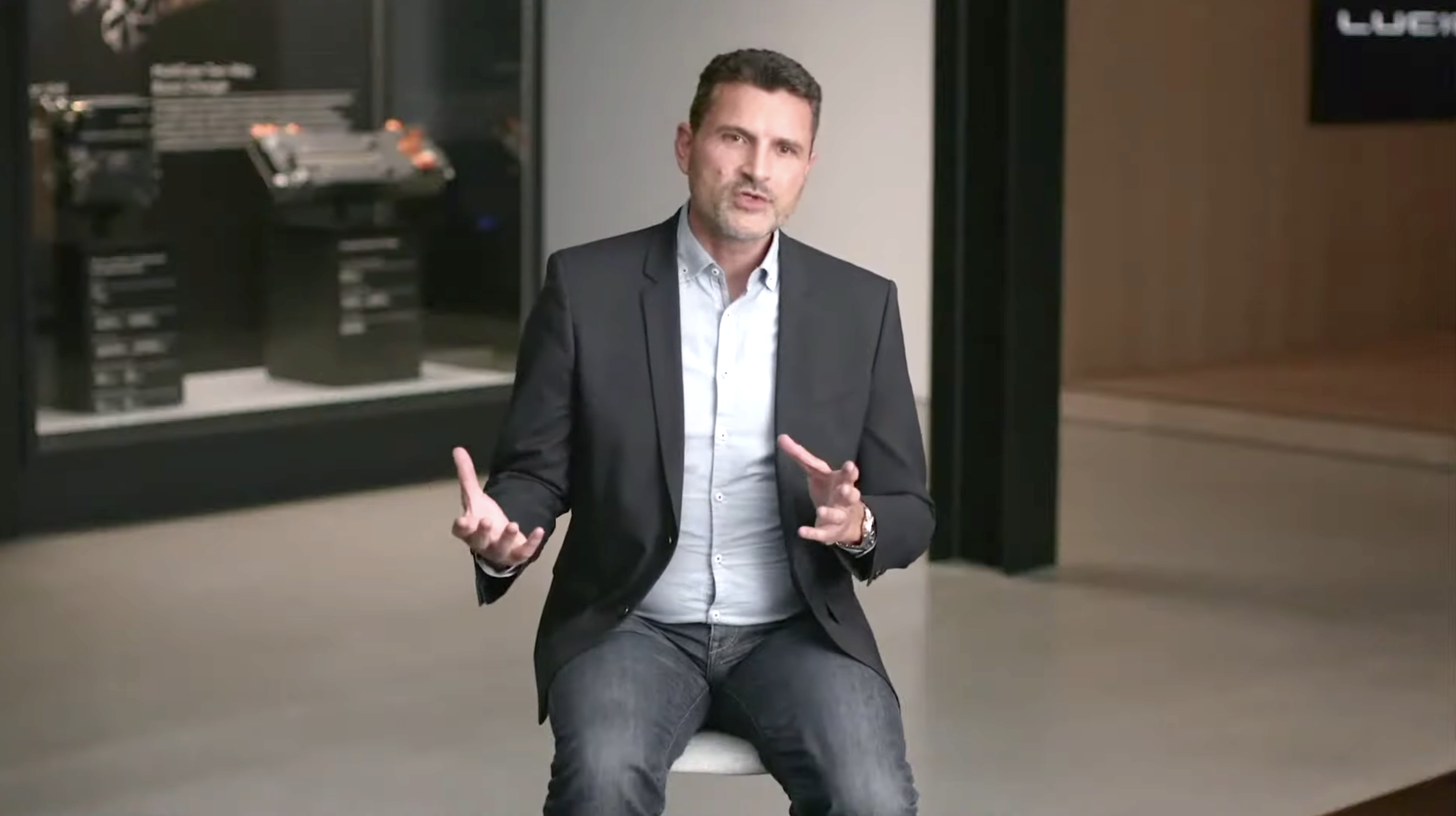 Lucid’s engineers think so much of the charger that they’ve dubbed it the “Wonderbox,” which in Bach’s German accent sounds like “Voondabox.” “The Wonderbox is a real miracle,” Bach stated. “Traditionally, the systems we have integrated into the Wonderbox would be all separate. By integrating them into one housing, ultra-compactly packaged, we’ve managed to give that space back to the occupants. It is ultra-efficient by using silicon carbide chip technology for the switching and we’ve actually tied it into the crash structure of the vehicle.”

It is smart that the Wonderbox is compact and that its rugged structure contributes to the Air’s crash protection scheme, but the real benefits come from its electronics. Consider the advantages Bach touts: “We can charge with the Wonderbox up to 924 volts. We have a built-in DC-to-DC converter that provides 400 volts to the vehicle systems and one of the most customer-important systems, I feel, is the bi-directionality that we’ve built into our Wonderbox.”

“Not only can we charge the car from your house, the car can also supply power to your house, which is a whole new world of features. This will enable you to use the car as a battery system in case you have a power outage at your house. Your car will keep the lights on.” 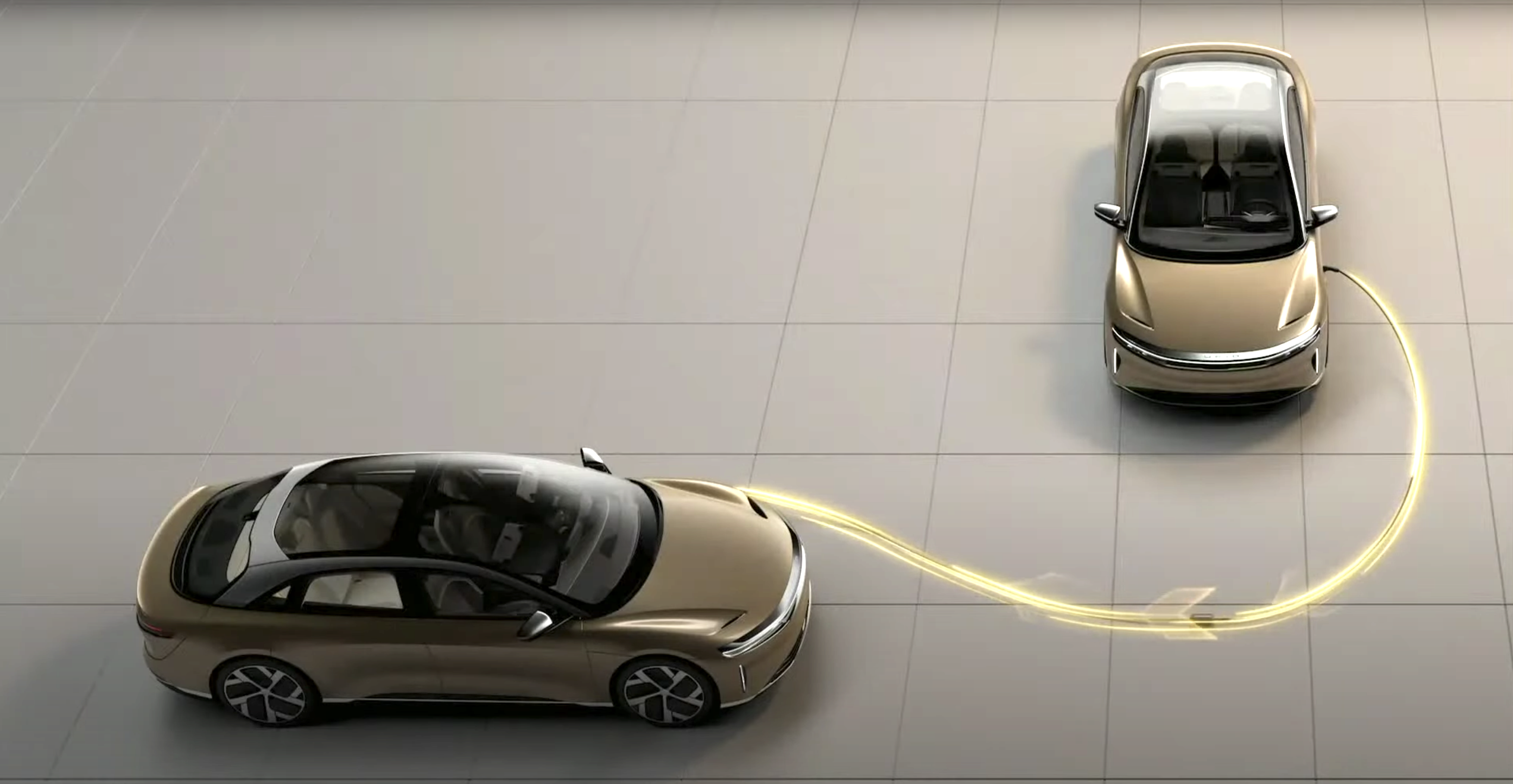 The Lucid Air will be able to charge another Air directly.

“Every Lucid Air has this bi-directionality built in, we can use one Lucid Air to charge up a second Lucid Air. The Wonderbox enables us to charge very, very fast on Level 3 charging, which is the latest high-power charging standard. It also enables us to use lower-voltage infrastructure that is deployed at 400 volts. The Wonderbox boosts that voltage up to the vehicle voltage.”

It is impressive to see the many benefits that Lucid’s smart engineering has provided in the form of the Wonderbox, but the ability to boost one car from another is a good way to alleviate another concern perhaps looming in the back of the minds of would-be first-time EV buyers. That is the question of what to do if the car does run dead, as there is no electric gas can available yet to provide a quick charge of a stranded car.

This thoughtful feature provides insight into the Air engineering team’s thoroughness of thinking when developing the car, which bodes well for when we’re able to drive real examples next year. The car goes on sale in the Air Dream Edition for $169,00, to be followed later in the year by the $139,000 Air Grand Touring and the $95,000 Air Touring. Ultimately, Lucid plans a base Air, which will sell for a starting price of less than $80,000, according to the company. 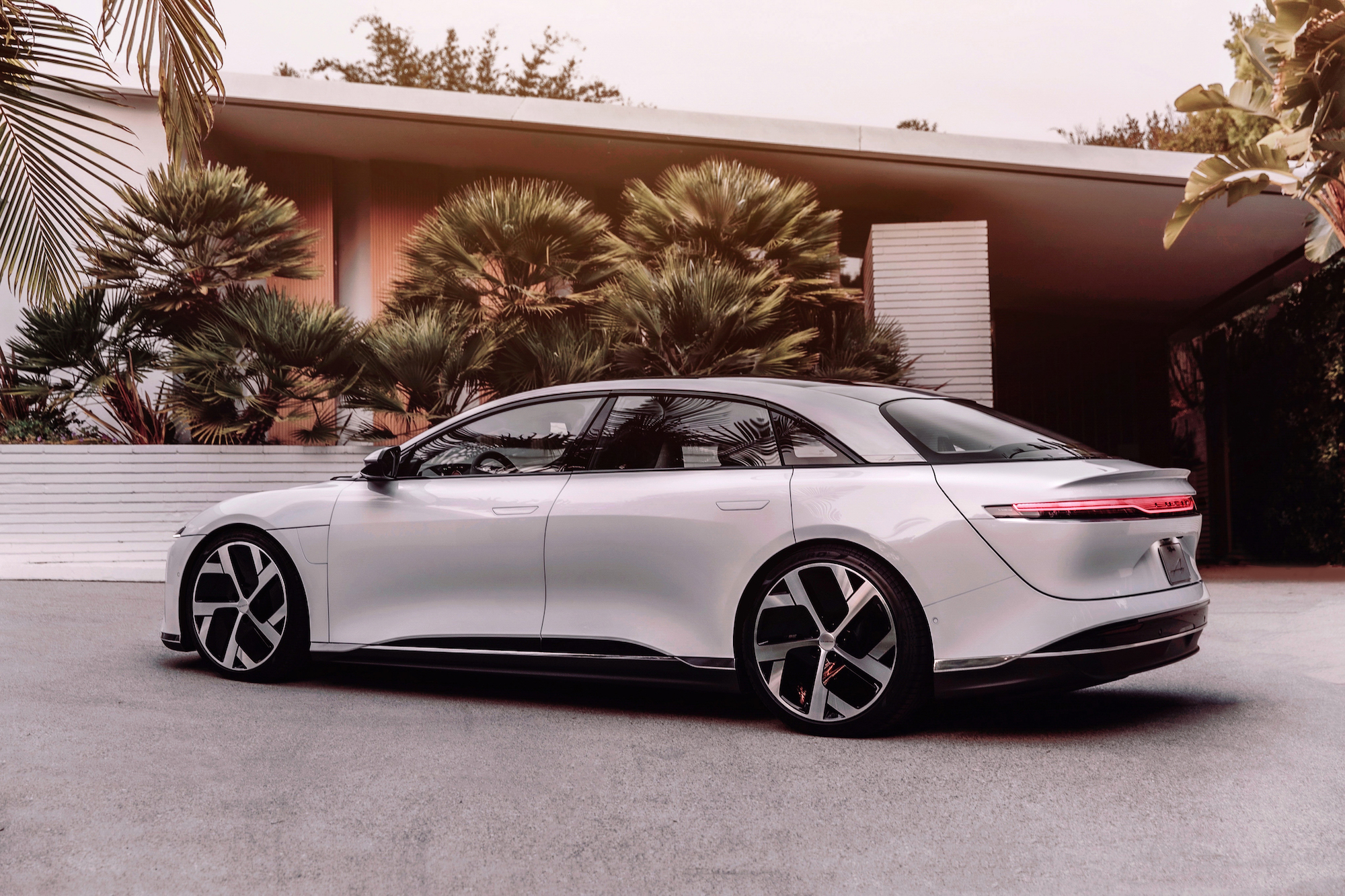