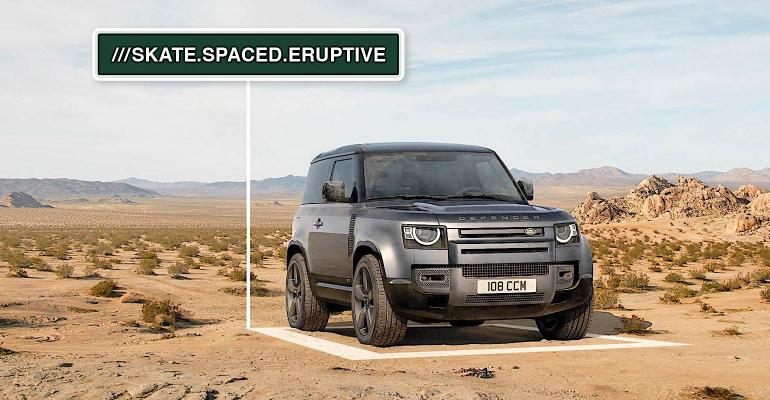 Land Rovers can get you to the middle of nowhere and what3words technology can still pinpoint your location.

Land Rover vehicles can famously get their drivers to the world’s most remote places, and a deal with mapping innovator what3words will help them stay on course, even though such places lack a reliable cellular data connection.

This “always-on” capability is integrated into Land Rover’s Pivo Pro infotainment system and Here Technologies navigation solution to provide guidance that is both robust and easy to use. The what3words system is a grid of the entire planet that divides the world into 3-meter by 3-meter squares, giving each square a three-word name. 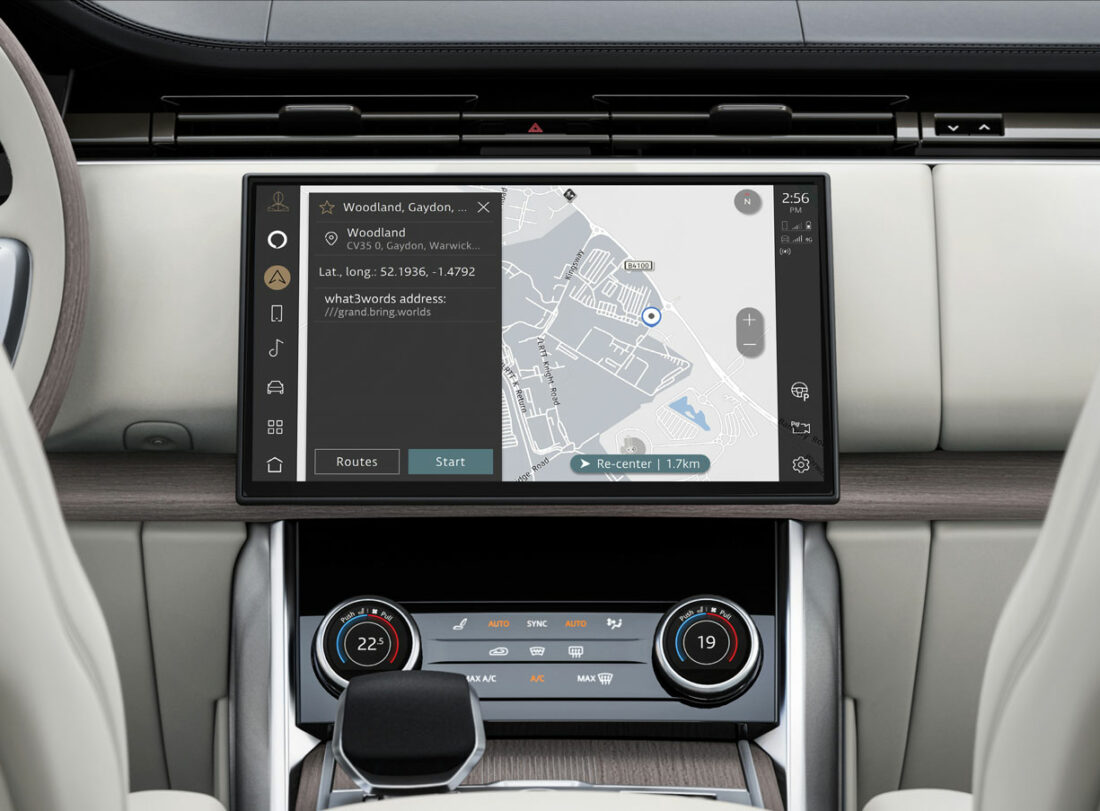 That is 57 trillion squares and using three words provides the ability to create 64 trillion unique names, so it is a good solution. What3words is better than a conventional address system when trying to identify the kind of off-the-beaten-path places a Land Rover is likely to explore, but it is also good for Land Rover’s sister brand, Jaguar, because even urban addresses can leave confusion about details such as which door in a building is the destination. This contributes to what3words’ claim of 42 percent faster last-mile delivery for services using the system.

The simple three words are also much more concise than a conventional address with street name and number, city, and country information, and the grid configuration works without a data connection. “This world-changing technology is all about simplification, providing our customers with a seamless modern luxury experience that means they can find their way anywhere in the world without having to worry about connectivity,” said Mark Carter, Navigation Product Owner, Digital Product Platform at Jaguar Land Rover. “The partnership with what3words, enabled by HERE Technologies, further highlights our world-leading SOTA capability which allows us to offer services that are always on and always connected.”

The what3words global grid lives in the system’s memory, so it can locate any address without the need for data access to cloud data. Additionally, the navigation system can operate in compass mode to direct drivers to the destination even without being connected online.

This over-the-air update will be available later this year to Jaguar and Land Rover drivers in 150 countries and in 24 different languages. Previously, Jaguar Land Rover pushed out a similar OTA update that added Amazon Alexa to 200,000 vehicles. The company says it has completed more than 1.3 million vehicle-level updates and more than three million engine control unit updates as part of its always-on, always-connected capability. Jaguar Land Rover and what3words first worked together in 2018, when they partnered to create what3words addresses to assist healthcare administration on the remote Scottish island of Mull.

Once the software is installed, drivers can put the what3words address directly into the navigation bar on the Pivi Pro infotainment system. The integration is delivered by Here Technologies, the mapping company that has been Jaguar Land Rover’s navigation partner for the past 25 years. With Here’s end-to-end, connected driving services include turn-by-turn guidance, real-time traffic, and on and off-street parking that enable a personalized experience, intuitively guiding drivers through their entire journey.

Integrated what3words is available in all new and existing Jaguar and Land Rover vehicles fitted with its advanced Pivi Pro infotainment system. “This partnership ensures you can get to the exact destination of your next adventure with ease and in comfort,” pledged Chris Sheldrick, co-founder, and CEO of what3words. “Jaguar Land Rover recognized the benefits our innovative technology brings to those on the road, and we’re proud that our partnership with HERE Technologies has made this possible.”

Those of us who do not drive a Land Rover have the option of downloading the free app from the Apple and Google Play app stores. Automakers such as Mercedes-Benz, Ford, Lotus, and Mitsubishi offer the what3words app on their infotainment systems, as an alternative to using a phone app or having Jaguar Land Rover's direct integration into the native GPS navigation system.