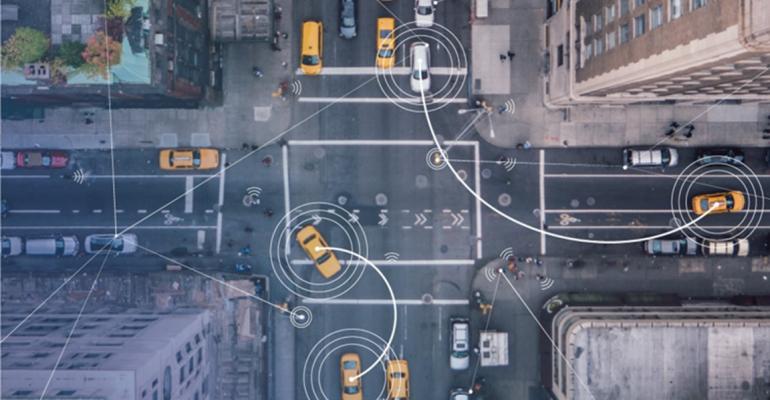 In a major play into the self-driving vehicles market, Intel has announced a definitive agreement to acquire Mobileye, a leading supplier of vision systems for autonomous vehicles, for $15 billion.

If there were ever any doubts that Intel was serious about its efforts to become a major player in the autonomous car market, those doubts should be put to rest. Monday morning the chip giant announced it had reached a definitive agreement to purchase Mobileye N.V., an Israeli company that develops computer vision- and machine learning-based advanced driver assistance systems (ADAS). Through one of its subsidiaries, Intel will be commencing a tender offer to acquire Mobileye at an equity value of $15.3 billion.

In a press call about the acquisition, Intel CEO Brian Krzanich said the move to acquire Mobileye is part of Intel's ambitions to become a global leader in autonomous driving. Krzanich said Intel believes that combining Intel's expertise in high-performance computing and connectivity with Mobileye's computer vision expertise will accelerate innovation in the self-driving vehicle space and deliver an affordable, complete single solution that customers have been asking for – a comprehensive, scalable, end-to-end solution that not only has hardware, but also connectivity and data analytics built into it. “[Acquiring Mobileye] really allows us to provide the complete solution down in those things and devices, which is in this case really autonomous vehicles in general, it can be cars, it could be trucks, but it can be other vehicles as well as autonomy continues to grow,” Krzanich said.

Amnon Shashua, CTO, co-founder, and chairman of Mobileye, told listeners on the call that Mobileye has recently been working to expand its range of product offerings beyond camera systems for vehicles, to also include mapping capabilities. “We have launched a new technology since about a year and a half ago on how to leverage existing driving assist portfolio in order to crowd source data for automatically building high-definition maps,” Shashua said. “We established a number of deals with the automakers and mapmakers to enable crowd sourcing of this kind of data starting from 2018...In addition to our core skill sets, Intel has assets in mapping and infrastructure, has assets in data centers, has assets in artificial intelligence and in machine learning, which complements our assets in that area, has assets in hardware, has assets in simulators.”

Put it all together Shashua said, and you get an end-to-end solution for autonomous driving, from the car to the data center.

Intel is expecting the autonomous vehicle market to boom in the coming decades. The company is predicting that by 2020 autonmous vehicles will be generating 4000 GB of data per day. “These cars are going to require higher and higher levels of connectivity and larger and larger amounts of data center and cloud computing as you are starting to increase the mapping requirements, the learning and algorithm improvements as we continue to drive this autonomy and move forward,” Krzanich said.

Intel also predicts the vehicle systems, data and services market to be worth $70 billion by 2030. Intel expecs this to be driven by growing adoption of technologies for level 3 autonomous vehicles, wherein a vehicle can function autonomously in limited environments (like freeways) but the driver must remain vigilant, and level 4 autonomous vehicles, wherein a vehicle can function on its own in all but a few environments (like harsh weather) without a need for the driver to remain alert. “We expect level 1 and 2 adoption to continue to grow through the near term. But the level 3 and 4 adoption is expected to grow to roughly about 30% by the 2030 timeframe,” Krzanich said.

Bob Swan, EVP and CFO of Intel expanded this further, saying Intel sees four key sources of value in acquiring Mobileye: first, Mobileye's strength as a standalone business; second, Intel expects the combined business to get solutions to the market faster and at lower cost than competitors; third, “Building on Mobileye's groundbreaking crowd sourced localization mapping product and Intel's strengths in the data center, we see a growing opportunity for services,” Swain said; and lastly, the cost-related benefits due to some overlaps in product development.

During a Q&A portion of the call, John Pitzer, an analyst with investment banking firm Credit Suisse asked why Intel felt Mobileye's particular camera-based systems were the best route, given that companies like Tesla, arguably the company furthest ahead in the autonomous vehicle space, are going another route using things like radar and lidar to enable self-driving vehicles. Krzanich said he believes Intel and Mobileye's combined ability to scale as well as the complexity of creating an end-to-end solution, will be what puts them at the forefront.

“The complexity of this in order to really provide a complete solution is going to be quite high. And I don't believe that every car manufacture is going to be able to invest the money to do independent development of this,” Krzanich said. “And then we believe that scale is going to be important in this market. And so, Mobileye's presence already in the level 1 and 2 systems and the ability that -- the relationships they have with the OEMs, the ability to take those relationships and take that technology actually and move it up into level 3 and 4 will allow us to bring the complete system and the combined entity to that same level as well.”

Intel wants to create a base technology standard that OEMs can build on top of and customize to their own specifications, “But provide [OEMs] a much lower cost, faster way to get to autonomous vehicle implementation. And that is where we think we will have a differential advantage,” Krzanich added.

Intel hasn't been shy about its autonomous vehicle ambitions since late last year when Krzanich took the stage for a keynote at the LA Auto Show (the first time Intel ever held a presence at an automotive trade show) said that “data is the new oil” when it comes to vehicles. Intel had already partnered with Mobileye and BMW to create an open platform for designing autonmous vehicles. The companies are aiming to have 40 vehicles based on this platform on the road by the end of this year. Intel has also previously committed to investing $250 million over the next two years into developing technologies around autonomous vehicles.

Mobileye is most well known for a recent and rather tumultuous split with Tesla following a high profile fatal Tesla crash in May of 2016 wherein a driver lost his life while his Tesla Model S was operating in Autopilot mode. Mobileye was supplying the camera systems for the Model S and said that its technology was not ready for the level of autonomy that Tesla may have been encouraging in its marketing and advertising. Mobileye accussed Telsa of  pushing things too far in terms of driver safety.

Intel's new combined global autonomous driving organization, which will consist of Mobileye and Intel’s Automated Driving Group, will be headquarted in Israel and lead by Shashua. The new organization will support both companies’ existing production programs and build upon relationships with automotive OEMs, Tier-1 suppliers, and semiconductor partners to develop solutions at all levels from assisted to fully autonomous driving. The Mobileye acquisition now puts Intel in direct competition with companies like Qualcomm, Nvidia, and Tesla for dominance in the autonomous vehicle space.