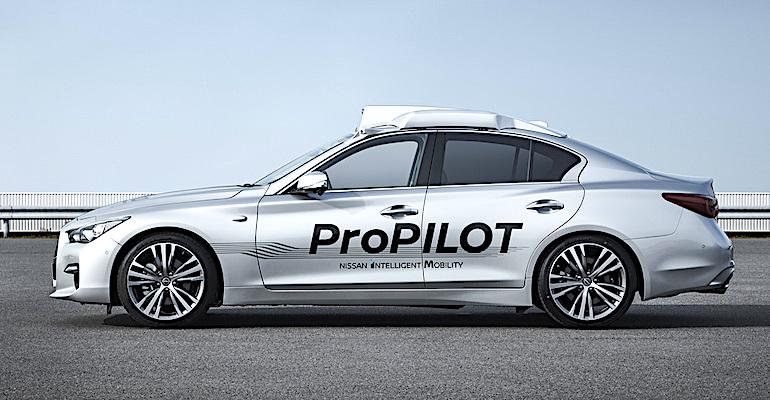 Drivers of cars equipped with partial driving automation systems that can control steering, throttle, and brake systems often engage in distractions like texting while driving because they believe the systems make it safe to do so. That’s according to new research by the Insurance Institute for Highway Safety (IIHS), which surveyed 600 regular users of Cadillac Super Cruise, Nissan/Infiniti ProPILOT Assist, and Tesla Autopilot systems.

These drivers said they were more likely to perform non-driving-related activities like eating or texting while using their partial automation systems than while driving unassisted. That corresponds to 53 percent of Super Cruise users, 42 percent of Autopilot users and 12 percent of ProPILOT Assist users who say they were comfortable treating their vehicles as fully self-driving even though they are not.

“These results from frequent users of three different partial automation systems once again drive home the need for robust, multifaceted safeguards,” said IIHS Research Scientist Alexandra Mueller, the lead author of the study. “Many of these drivers said they had experiences where they had to suddenly take over the driving because the automation did something unexpected, sometimes while they were doing something they were not supposed to.”

These partial automation systems generally combine the functions of adaptive cruise control, which can maintain a steady speed while adjusting for traffic conditions, and automatic lane centering or complete hands-free steering. Super Cruise can also perform automatic lane changes to pass slower vehicles, as we experienced in our recent test.

These are SAE Level 2 automation systems that require the driver to keep eyes on the road at all times, though Tesla did not install a driver-monitoring camera to enforce this necessity until 2021. Mercedes-Benz has delivered SAE Level 3 automation for cars in Germany, but these systems are limited to driving at 40 mph. Hyundai has announced that it will deliver Level 3 cars in Korea by the end of the year.

This means that none of the currently available systems make it safe for the driver to take eyes off the road ahead. Doing so typically triggers an alert from the car, often from something as seemingly benign as looking at a billboard. This reminds the driver to keep eyes forward, on the road ahead.

If the driver does not respond to that alarm, then the car gets progressively more serious until it eventually disengages the driver-assist system. Once this happens, Tesla Autopilot and Cadillac Super Cruise will not turn back on for a pre-determined amount of time to prevent a recurrence of the misuse.

"The driver assistance systems present on-road today are comfort features which require constant supervision—they in no way replace a vigilant driver," explains human-machine interaction researcher Liza Dixon. "Each system has slightly different techniques for monitoring driver attention and alerting them if they detect that the driver is not being attentive enough. Typically this occurs through a series of, for example, auditory pings, warning graphics, haptic vibrations, etc. Some systems, such as Cadillac Super Cruise use more advanced techniques which include head and eye tracking. This is thought to be a better proxy for attention than capacitive or torque sensors which focus on steering input alone."

The survey found differences among users of the various systems. Super Cruise and Autopilot users are more likely than ProPILOT users to do things that involve taking their hands off the wheel or their eyes off the road. Alarmingly, these drivers are also more likely than ProPILOT users to say they can do nondriving activities better and more often while using their partial automation systems.

“The big-picture message here is that the early adopters of these systems still have a poor understanding of the technology’s limits,” said IIHS President David Harkey. “But we also see clear differences among the three owner populations. It’s possible that system design and marketing are adding to these misconceptions.”

Around 40 percent of users of Autopilot and Super Cruise, the two systems with lockout features, reported that their systems had at some point switched off while they were driving and would not reactivate. That indicates that these drivers repeatedly violated the operating parameters often enough to trigger the lockout. Conversely, a substantial portion of ProPILOT Assist users reported that they had never even received an attention reminder.

"Automation complacency is a known phenomenon that can affect users of automated systems," Dixon noted. "When an automated system is operating well for an extended period of time, the user of that system—even if they are experienced and knowledgable about how the system works—may be at risk for becoming complacent and their ability to monitor the automation degrades," she said. "This overtrust in the system can then compromise safety if the user is slow to respond to automation failures. The results of the IIHS study hint that system design may lead drivers to overtrust assistance systems and then to misuse them."

An important clue among the survey responses was that most respondents agreed that lockouts make them feel safer. At least, they did once the purpose of the feature was explained to them.  “The broad acceptance of attention reminders and system lockouts suggests not only that they have the potential to make it safer to use partial automation, but also that they could be implemented more widely to help combat driver distraction in general,” said Mueller.

Tighter controls on these systems seem warranted based on the lack of understanding demonstrated by the survey respondents.