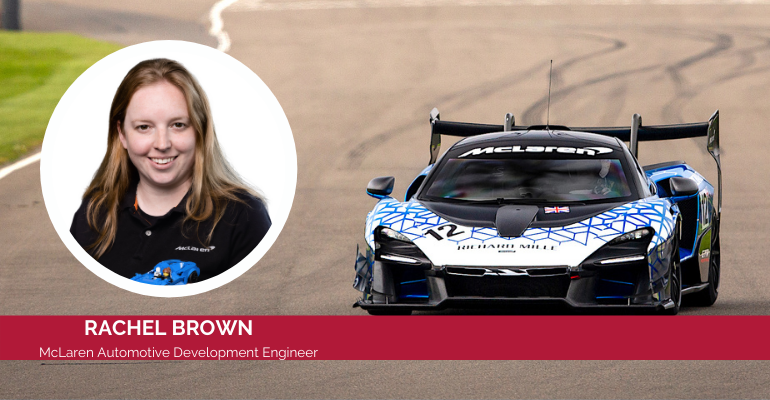 Visiting legendary tracks and posing for a Lego minifigure is all part of the job for McLaren Principal Development Engineer Rachel Brown.

The difference between a super sports car with incredible technical specifications and one that actually delivers on the promise of those specifications is earned during the development process when settings and adjustments are tweaked to perfection.

Rachel Brown is the Principle Development Engineer for McLaren Automotive’s most extreme high-performance models, the Senna GTR and the Elva. In this role, she oversees the planning for McLaren’s test programs for these cars, “making sure that the cars are doing the right things,” she explained. “Making sure that we’re testing everything that we need to test in wind tunnels, out on track, etcetera.”

Of course, there is the pro forma work needed to ensure that the cars are safe, reliable, and legal, just like every company’s development engineers do. Compared to mainstream automakers, “the design of the tests that we do is pretty similar,” Brown observed. “We all have to meet the global market legislation.”

However, Brown concedes that her work goes beyond those mundane basics. “Ours tends to be more biased toward high-performance track testing.”

Related: McLaren Reveals the Secrets of Staying Dry with no Windshield

In the case of testing for the Senna GTR, that meant a tour of classic European circuits such as Spa-Francorchamps in Belgium, and Estoril and Portimao in Portugal. "We basically went around Europe on a tour of the racetracks," she recalled. "It was really cool to see."  As an engineer, Brown generally leaves the test driving to the pro drivers, but at a test in Bahrain, she was able to slide behind the wheel with one of McLaren’s driver coaches riding alongside.

And there are other perquisites to Brown’s job because she was also chosen to represent the Elva team as a Lego mini-figure packaged with the 263-piece toy.

Looking back makes these adventures seem fun, but in the moment the work and the travel can be exhausting, Brown noted. “The toughest time is always right in the middle of the development phase,” she recalled. “We have got such ambitious development cycles, so we have to make all of the testing count, we have to make sure we are hitting the critical deadlines. So there is all this pressure on you in the middle of this key development phase. When you’re in it you’re working all hours, you're exhausted, you might come across problems that need to be resolved. But then, like six months down the line, you look back and think ‘That was crazy, that was amazing!’”

The Senna GTR is an even more exclusive version of the company’s Senna supercar, built for maximum track performance, without consideration of legality for street use. The Elva is a roofless, windshield-less speedster created to evoke McLaren’s sports racers from the 1960s. 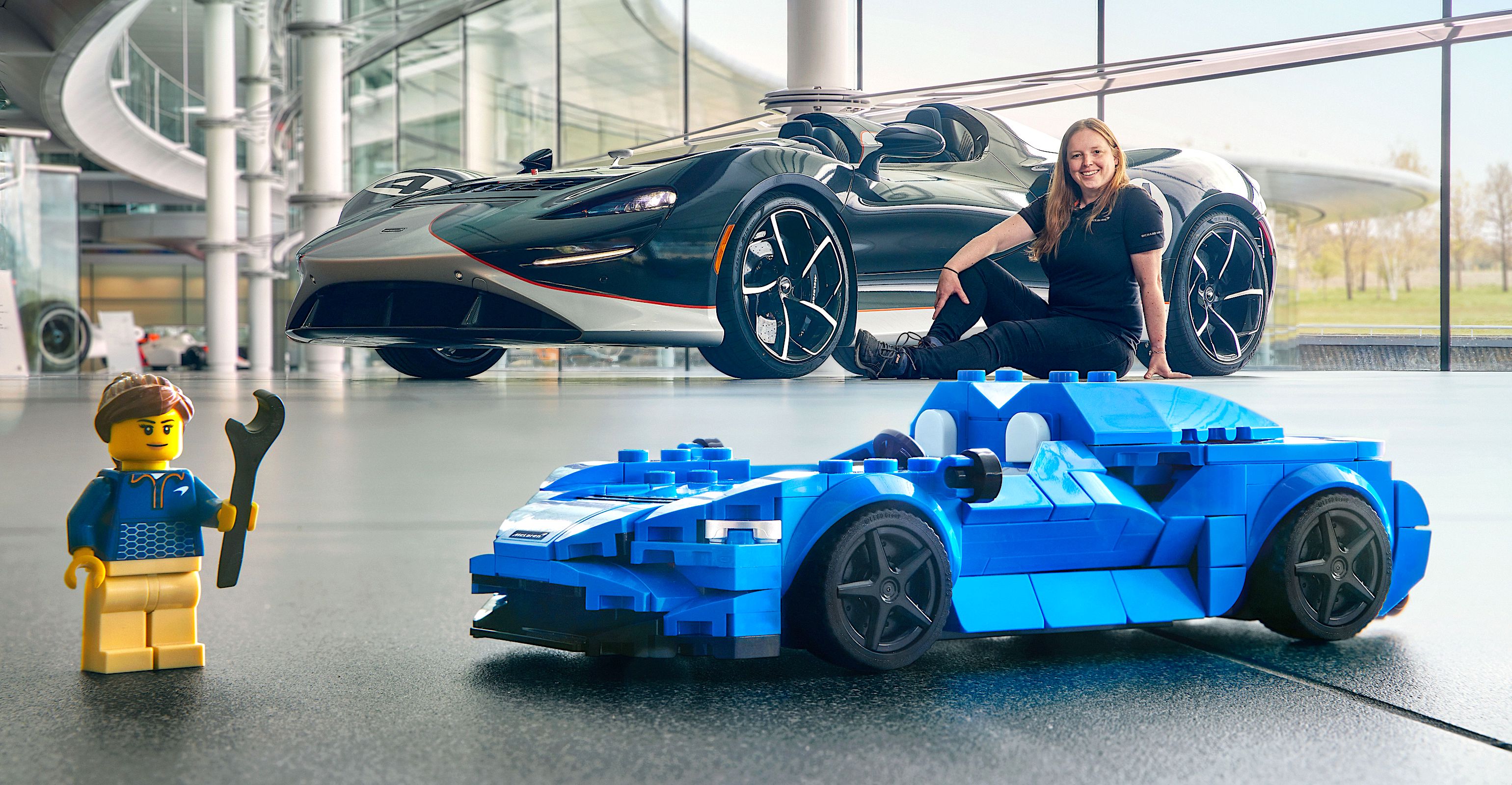 Brown poses with the Lego and real versions of the McLaren Elva.

So the work developing these cars at race tracks significantly involved adjusting the valving of the shock absorbers and tweaking spring rates to achieve the balance sought by McLaren’s test drivers. Both the Elva and the Senna GTR feature active aerodynamic elements whose function must integrate invisibly with the car’s activity, providing another complication for the test program.

Brown found herself in the development driver’s seat, literally and figuratively, after working her way up through McLaren’s Legislation Team, when it was her job to ensure cars met various regulations. “That’s the person who tells everyone they can’t do anything, to doing this is really cool,” Brown enthused.

Of course, it isn’t too bad if a hot-weather test in Bahrain includes the opportunity to actually take the wheel of one of the company’s masterpieces for a few laps.