How Much More Can Autonomous Cars Improve? Waymo! 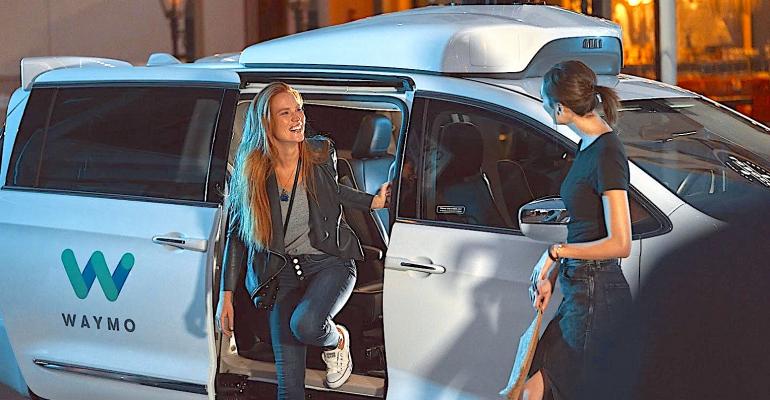 A passenger exits one of Waymo's autonomous taxis.
The heads of Waymo’s autonomous car design teams explain the importance of the user experience.

The rush toward autonomous vehicles once made them seem imminent. But progress has slowed so dramatically that to some observers, autonomy was starting to look like fusion power: a mirage perpetually on the horizon.

Alphabet’s autonomous vehicle subsidiary, Waymo, remains optimistic and the company points out that while other companies are suffering high-profile collisions, Waymo is continuing to deliver autonomous taxi services safely and reliably in Phoenix, Ariz. This pilot program allows Waymo to know what it doesn’t know before the company expands this service.

While the development of the enabling technology is crucial to the viability of autonomous vehicles, the refinement of designs for interfaces between these machines and the humans they encounter are also critical to the success of Waymo’s autonomy project, according to two of the company’s leading designers.

We chatted with Ryan Powell and YooJung Ahn to learn about the importance of design for facilitating understanding between Waymo’s computer-controlled cars and the people who use them and who encounter them on the road.

Ryan Powell is the Head of UX Research & Design at Waymo, where he has established UX design principles of transparency, freedom, and consistency to guide the work his team does building trust with riders through various visual and sound elements throughout their journey in a Waymo autonomous car. Prior to Waymo, Powell led teams at Google, Samsung, Xbox, and Motorola. He earned a Master of Design from IIT Institute of Design and a BS in Product Marketing from The Ohio State University.

YooJung Ahn is the Head of Design at Waymo, where she is responsible for the design and strategy for the Waymo Driver and related products and for developing a consistent design language for the company. Ahn’s led the design of Waymo’s Firefly automomous prototype, which earned three major international design awards in 2015 and 2016.

She established Waymo’s industrial design principles of simple, honest, approachable, and delightful to guide her team to create innovative designs shaping technology and inspiring people. Prior to Waymo, YooJung worked for Google, Motorola, and LG electronics. She holds a BS and a Masters in Industrial Design from Hongik University and holds a Masters in Design Methods from IIT Institute of Design. 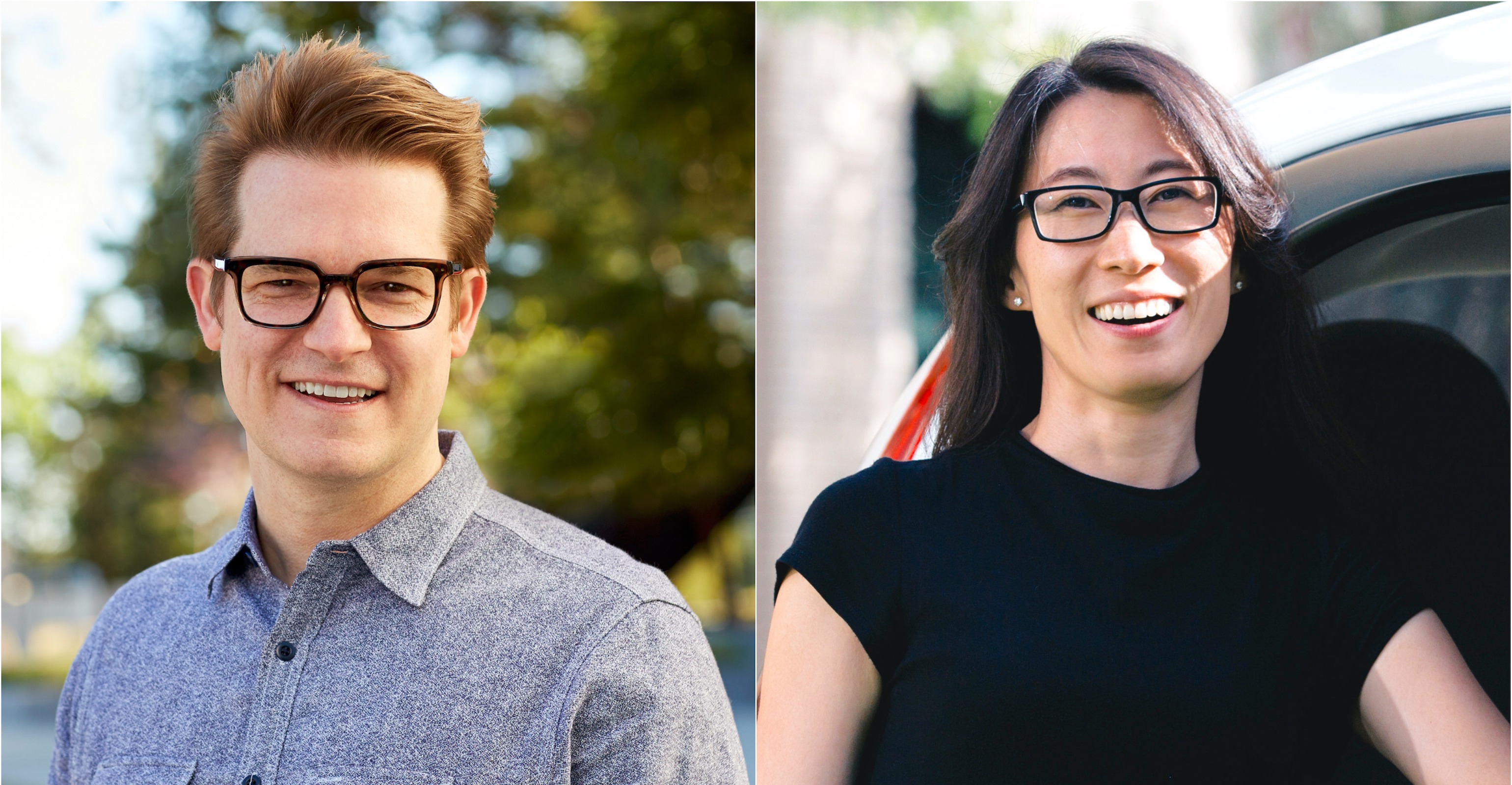 Ryan Powell: If you live in our service territory where we are doing hundreds of trips per week, it feels very different from the east coast. For [those in the service area] it is very much a reality. Anyone can download the app and you can hail a car 24/7.

For a lot of people, they’ve begun to incorporate that into their daily lives. When you talk to them, they’ve gotten over the initial excitement and the fact that there’s not a human driving the car. I think that’s exciting to see. We have hit that tipping point in Phoenix where people can use the service to move from point A to point A.

Design News: How do you get customers to be that casual when taking the leap of faith to use a car that has no driver?

Ryan Powell: We have to be transparent on what the car is seeing around itself, what it's thinking, and what the intent is. We want to be transparent about what the car is doing. When you take a ride, there might be cases where the car is seeing different things than the passenger. We might see a cyclist doing something, but you might not see that cyclist coming up from behind. When the car reacts, you’ll look around, wondering what the car’s reacting to.
So we use the interface at the back of the car to show what’s happening. We have an area where we have messages. Another common scenario is entering a school zone. The car suddenly slows down and passengers wonder why. Sometimes we use voice as well.

Design News: Do customers mind having the car talk to them?

Ryan Powell: We try to keep in mind that the value of an autonomous ride is a ‘lean-back’ experience, so we are careful when we use voice.

We leverage voice in the car, so when the car is a minute away from the destination it uses voice to remind passengers to collect their belongings. We use voice and a UX sound to present a message on the screen.

A good example is changing your destination. If you contact rider support, there’s a confirmation sound. Touching the pull-over button prompts a sound.

Ryan Powell: Sometimes customers are coming home from the bars and feel sick. 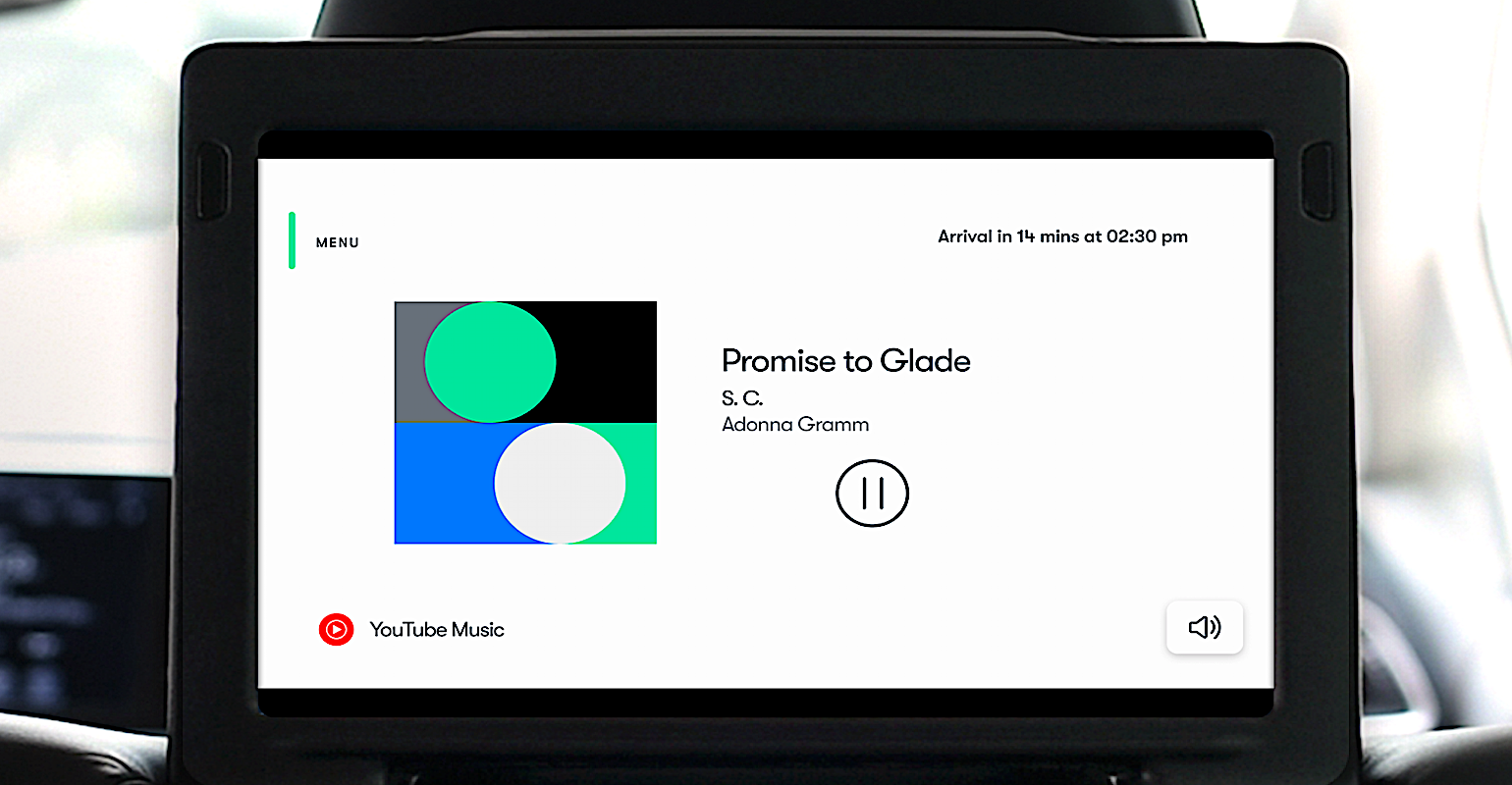 Design News: As Waymo expands from its autonomous-friendly warm-weather service areas, will the company use the same car for all geographies and weather or different, specialized cars?

Weather conditions require a tremendous amount of design effort. We’ve developed a custom system for cleaning and operating in various climate conditions. All different parts need to be high performing but also look unified as one. Even color choices and material finishes are considered not only for the appearance but also for functionality.

Design News: How the design will change with the improvement of the sensor technology?

YooJung Ahn: Technology is improving fast and significantly. Software is getting faster and smarter, and Hardware is getting more powerful, smaller, and cheaper. Designers can get more benefit from the improvement of the technology and provide better products for customers. For example, Waymo is the only company to design the full suite of autonomous driving hardware in-house.

We began developing our own hardware and sensors in-house in 2011 after realizing there was nothing on the market delivering the capability that would enable our cars to reach Level 4 autonomy. By designing both our hardware and software in-house, we’re able to ensure every aspect of our design is optimized to be as capable and safe as possible.

Design News: What are the examples of the features for perceived safety?

YooJung Ahn: Autonomous vehicles don’t have human drivers so people can't communicate the same way. With human drivers, people can talk, wave their hands, or [make] eye contact. So, we try to communicate clearly what the car is doing with our customers and people around our vehicles.

For example, for our 5th generation Waymo Driver, we’ve added LEDs to our 360 lidar, introducing an approachable and welcoming feature. The hardware transforms into a moving display, helping riders locate their Waymo vehicles from a distance, at night, or when there are multiple cars waiting. This display can be used to communicate what the car is doing as well such as yielding, waiting for customers, or stopping.