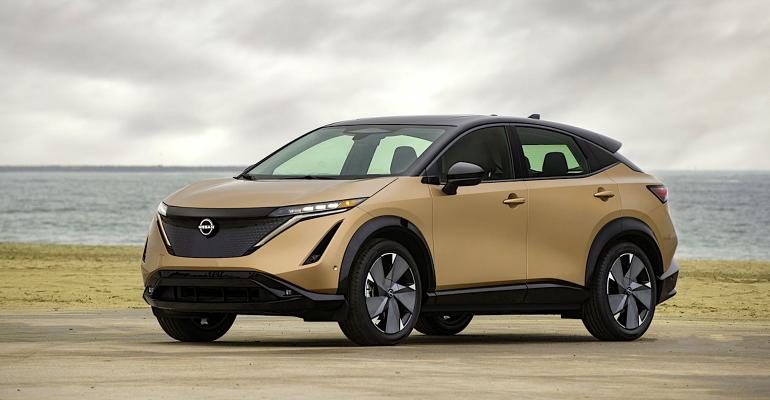 These haptic feedback switches, like haptic feedback smart device displays, do not physically move in response to pressure from a press, but they vibrate to create the impression that they did move. For the Ariya, Nissan enlarged the buttons’ touch area and spaced them farther apart after user testing showed that made the devices easier for drivers to use. The company’s team also deployed sounds to accompany the vibration to underscore drivers’ feeling of physical switch operation.

“Vibration and sound are inseparable,” explained Tomotaka Igarashi, the engineer in charge of Nissan’s HMI System Evaluation Group in the Performance and Vehicle Test Engineering Department Number 2. “It may seem obvious, but this challenged our team to develop a unique sound that would match the expectations of the driver while also designing it to be as pleasant as possible.”

The system looks interesting, so we put in a call to Igarashi to learn more about Nissan’s work on haptic feedback controls.

What are the advantages of using controls with haptic feedback?

Tomotaka Igarashi: The main advantage of using haptic feedback controls is that it provides not only high design quality but also functionality.

Our aim was to make a car that would become the flagship model of the next-generation electric crossovers. We wanted people to feel the evolution of technology when they drive. Therefore, it was important to have a seamless design, embodying Timeless Japanese Futurism, and the minimalist-oriented "ma" concept that is part of this concept. We decided to use flat electrostatic buttons in place of traditional physical ones.

It was also important to have haptic feedback because we wanted it to be close to the feeling of pressing a physical button. 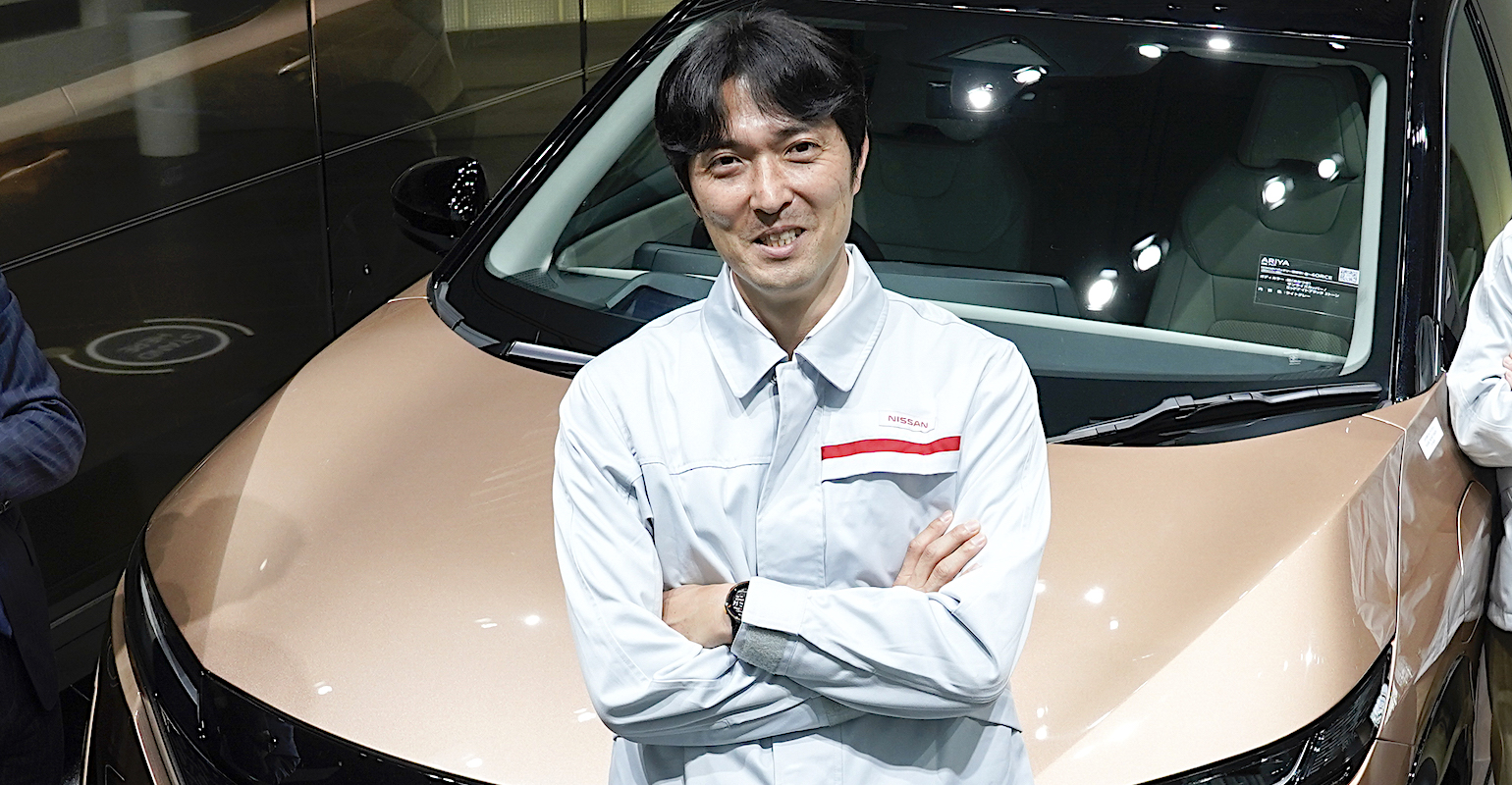 What are the challenges of using this to replace traditional buttons?

It was another challenge sound-wise. The haptic vibration is produced by physical contact within the panel, which also produces a wooden hit sound. As the strength of vibration feedback and the sounds are antithetical, we had a hard time finding the right balance between sufficient vibration volume and quality of operation sound.

Which controls are most- and least-suited for having haptic input buttons?

Tomotaka Igarashi: We were able to achieve the intended quality for the haptic controls not only from a design perspective but also in terms of proper functionality. We will continue to consider the use of haptic buttons based on whether they will match the concept of the car and customer usage. 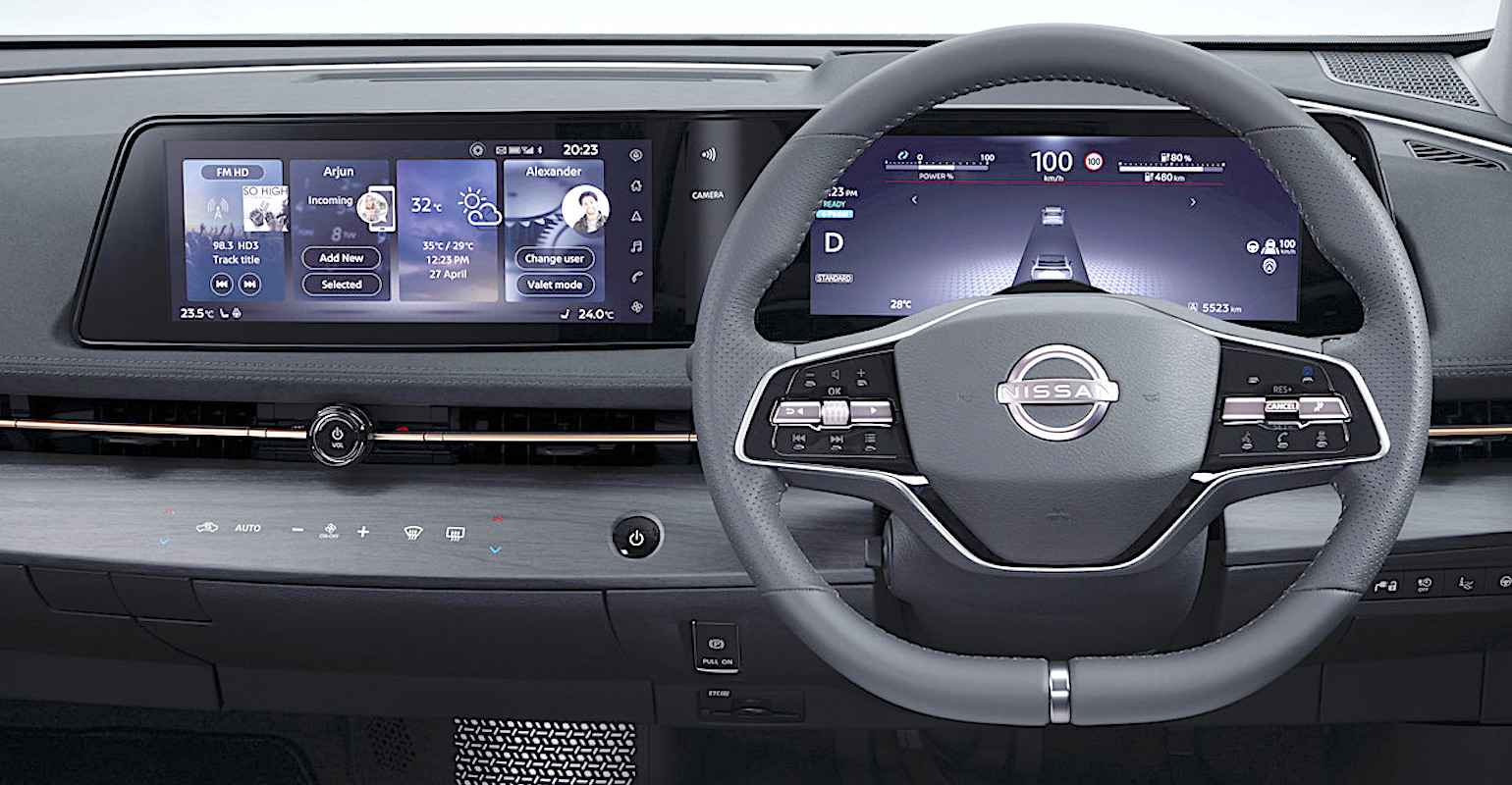 The Nissan Ariya's haptic touch switches are arrayed horizontally to the left of the steering wheel.

What haptic control that you’ve done so far is your favorite, or had the best result?

Tomotaka Igarashi: Ariya is the first Nissan car to be installed with haptic feedback controls. In terms of flat switches, we have installed electrostatic switches in our Japan-market mini-vehicles, Dayz and Roox. These switches have been well received for their good design, advanced-tech feel in the cabin, and ease of use. Haptic controls are also used in the new Infiniti QX60, which was announced in June.

We took on the challenge of installing haptic switches in both Ariya and QX60 HVAC (heating, ventilation, and air conditioning) units to match their respective styling and the results have been well received.

How do you test to ensure usability of the haptic buttons by regular drivers?

Tomotaka Igarashi: Globally, we tested various ages and demographics. We made them easy to use, even for those with long nails who can only touch the button softly. We tested and positioned buttons carefully so as to prevent drivers from accidentally pressing the wrong button. They can be operated with leather gloves, depending on the thickness.