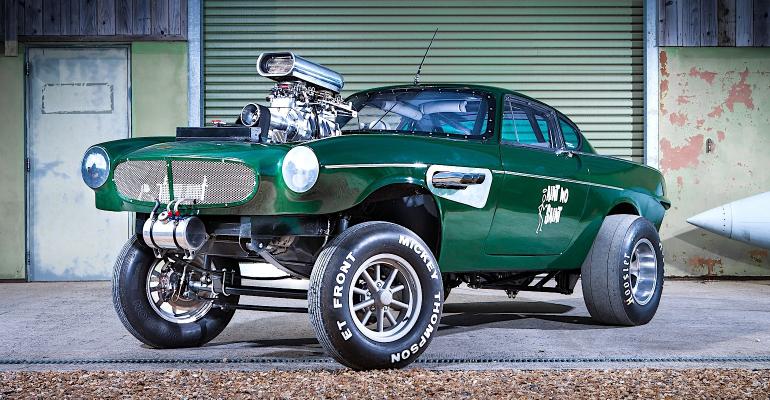 Hot Wheels has released the 1:64 die-cast model of the winning entry in last year’s Hot Wheels Legends Tour. The winning vehicle was Lee Johnstone’s 1969 Volvo P1800, which is customized in the style of “gasser” drag racers.

The car is named "Ain't No Saint," in reference to the use of a similar P1800 by the protagonist of the classic television show, "The Saint."

Hot Wheels has recently launched the 2022 edition of the tour, now starting its fifth year. The company hosts car shows around the world for gearheads to showcase their craftsmanship. From these shows, Hot Wheels chooses ten finalists that contend for the honor of having a Hot Wheels toy go into production that commemorates the car.

“The Legends Tour began in 2018 as a way to celebrate and engage the car builder community around the world,” said Ted Wu, Vice President and Global Head of Design for Vehicles at Mattel. “Lee Johnstone’s 1969 Volvo P1800 proved to be a truly awe-inspiring Gasser interpretation that captivated the entire Hot Wheels team. As the first international Legends Tour winner, we can’t wait to share his dream with Hot Wheels fans in more than 150 countries around the world.”

Click through the gallery for a look at all ten of the finalists.

The 2021 #HotWheelsLegends Tour is in the books!

Take a look at some of our favorite moments from this year's finale, live from @lenosgarage.

See you next year! pic.twitter.com/8ge7ZlD5Qv