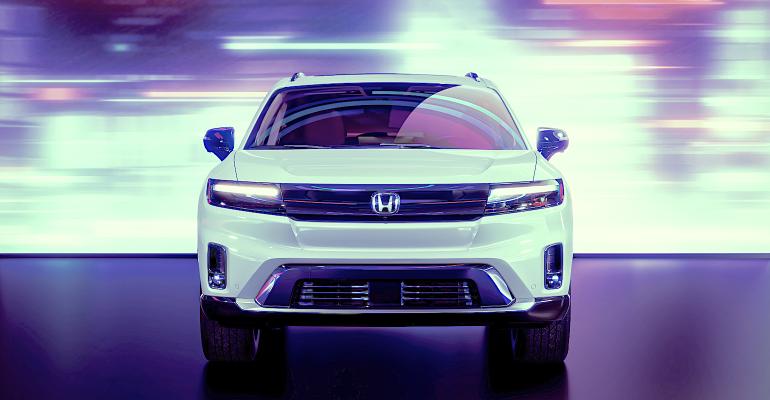 While Honda has partnered with General Motors to share Ultium-platform EVs, the company has plans for battery independence built on a new $4.4 billion lithium-ion battery plant for electric vehicles battery supplier LG Energy Solution in Ohio.

While Honda announced a contribution of $3.5 billion, the total investment of the two partners for the joint venture plant is $4.4 billion. The plant is forecast to have an annual production capacity of approximately 40 gigawatt-hours of pouch-type lithium-ion batteries that will be supplied exclusively to Honda facilities in North America. Construction is scheduled to begin in early 2023, with mass production of advanced lithium-ion battery cells starting by the end of 2025.

Honda points to this as an example of its efforts to achieve a global goal of carbon neutrality for all of its products and corporate activities by 2050 and to only sell battery and fuel cell electric vehicles in the U.S. by 2040. “Our two newest investments announced today will serve as the foundation of our plan to produce EVs in America that will be based on our own Honda e:Architecture,” explained Bob Nelson, American Honda Motor Co., Inc.
executive vice president.

“By re-tooling our existing operations, we will equip the Marysville Auto Plant, East Liberty Auto Plant, and Anna Engine Plant, as well as the Honda associates who work there, for the start of EV production and EV components,” he added.

The battery plant is only the beginning, as Honda shifts away from combustion power, Nelson continued. “We are establishing a new EV hub that will leverage the experience of our Ohio associates in areas including production, purchasing, and product development,” he said. “This will create the expertise for EV production that we will share with our other Honda auto plants in the region. Eventually, all our auto plants will play an important role as we pursue electrification.”

These announcements represent a welcome maturation of the EV industry in the U.S., according to John Weidner, dean of the University of Cincinnati’s College of Engineering and Applied Science. “I’ve been in this business for 30 years,” he said. “It seemed like electric vehicles were always 5 years away,” he said. “Now they really are taking off.”

The new joint venture also represents an opportunity for engineers such as the ones graduating from his program, Weidner pointed out. “You’re building millions of these batteries. If you don’t design them correctly up front, you’re not going to be successful,” he said. “The best way to do that is by creating mathematical models to predict how they will perform.”