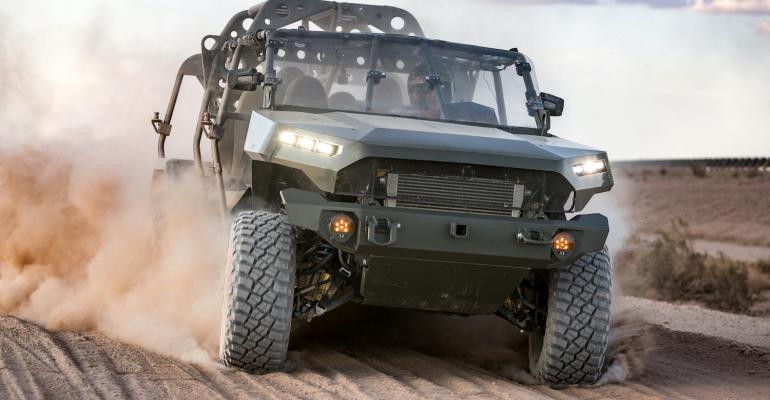 General Motors Defense and partner Ricardo Defense prevailed in a three-way shootout for the new Army Infantry Squad Vehicle, thanks as much to the capability of the Chevrolet Colorado ZR2 pick that provides its underpinnings as to the engineering work that drafted the ZR2 into military service.

That’s the view of chief engineer Mark Dickens, who describes how the Colorado ZR2 has been tested in off-road racing to verify its capability and to test new upgrade parts. Those hot-rod parts are not only employed by GM’s ISV, but they are available to consumers through the parts department at their local Chevy dealer, in case they want to take their truck racing.

The Infantry Squad Vehicle contract is a $214.3 million U.S. Army purchase of 2,065 9-passenger lightweight troop transports, with initial deliveries scheduled for the end of October, 2020. The other two down-selected competitors on the contract were Oshkosh Defense with Flyer Defense and Polaris Government and Defense with Science Applications International Corp. Transportability is a key requirement for the ISV, which must light enough (less than 5,000 lbs.) to be sling-loaded from a UH-60 Blackhawk helicopter and compact enough to fit inside a CH-47 Chinook helicopter. 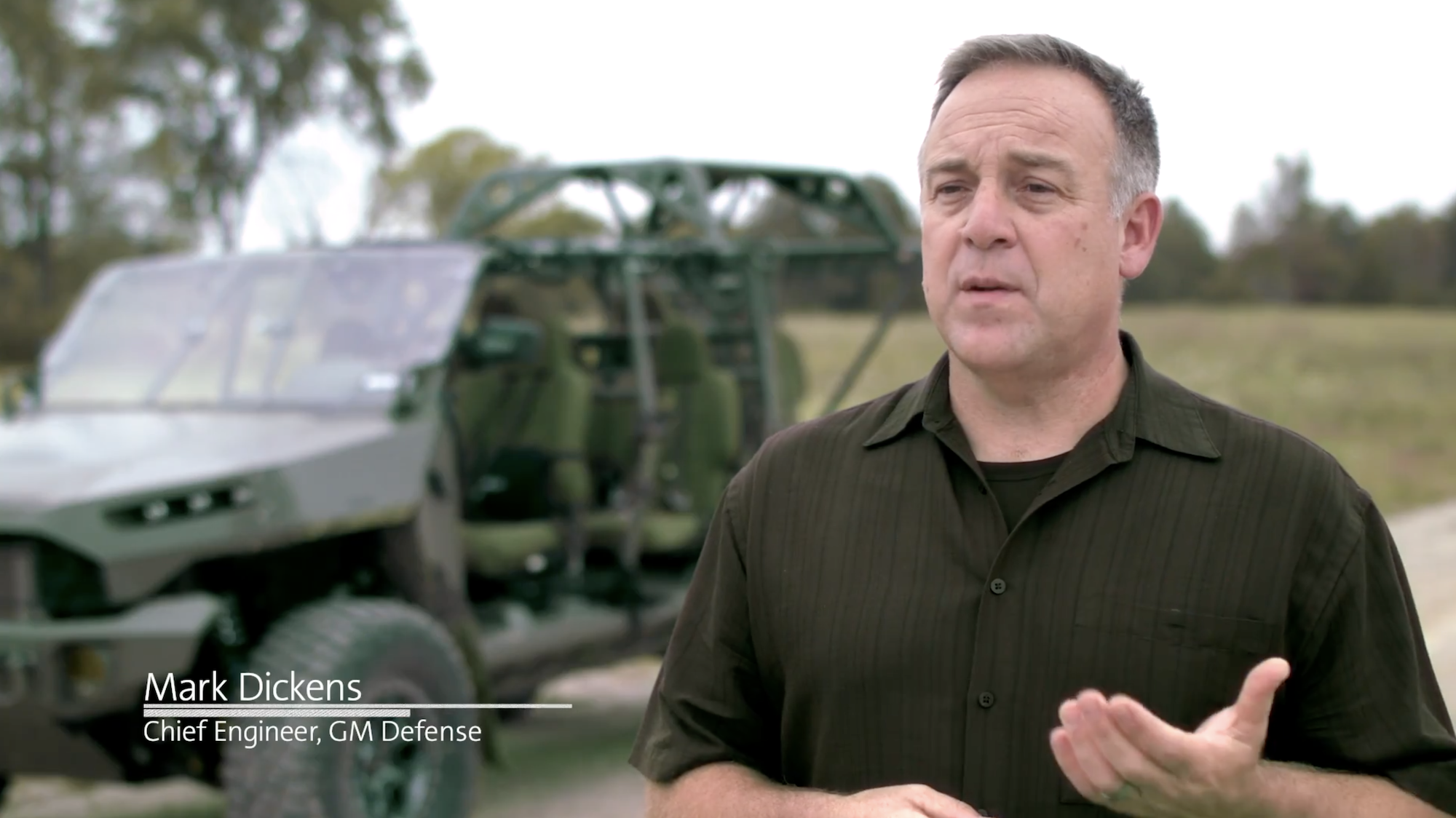 Related: Crowdsourcing Will Be Used in Combat Vehicle Design

GM’s winning bid is based on the stout Colorado ZR2, whose technical signature is its use of Multimatic Dynamic Suspension Spool-Valve (DSSV) dampers. The Army vehicle relies on the Colorado’s optional 186-horsepower 2.8-liter turbodiesel I-4 engine and six-speed transmission driving all four wheels.

“It is almost like a dream too good to come true to do a military vehicle,” enthused Dickens. “When we started developing ZR2, it was a personal drive of mine to get the military into Chevrolet vehicles. It was way before GM Defense started.”

Since then, GM has been upgrading the ZR2 by racing trucks in long-distance desert races with Chad Hall Racing. “That was our durability test. We felt if we could live in 500-mile races we could put [the performance parts] in customer hands.

Indeed, the company says that Colorado is one of only four vehicles to complete 11 consecutive races (of 434 competitors) in the Best in the Desert racing series.

Racing also validated the ability of the Colorado chassis to cope with the mass of loading nine soldiers and their gear aboard the ISV.

“The thing about desert racing is they run over Gross Vehicle Weight. So when people ask, ‘How do you put nine people in a pickup truck?’ just look at the race truck. He’s got all the spares and fuel tanks; there’s a ton of weight on the vehicle.”

GM reinforced that Colorado platform with stiffer springs, front control arms that can operate at higher angles, upgraded half-shafts and new differential covers. The exotic Multimatic spool valve shocks are mostly the same as on the ZR2, but with slightly different valving.

The main part made just for this truck is the roll cage, which has to be able to quickly lower when loading the truck into a helicopter. “The biggest accomplishment is the creative rollover protection,” he said. “It was a team challenge.” The final product lowers 13 inches in less than two minutes, which Dickens says was far faster than the 15-minute requirement and faster than both of the competitors for the contract.

The connection between the desert racing roots and the ISV military version of the ZR2 may soon close the circle, as the Mint 400 desert race has added a class for military vehicles like the ISV, where teams would be able to continue to test and improve the Army’s newest truck. There’s no official news yet, but Dickens says we should “stay tuned.”