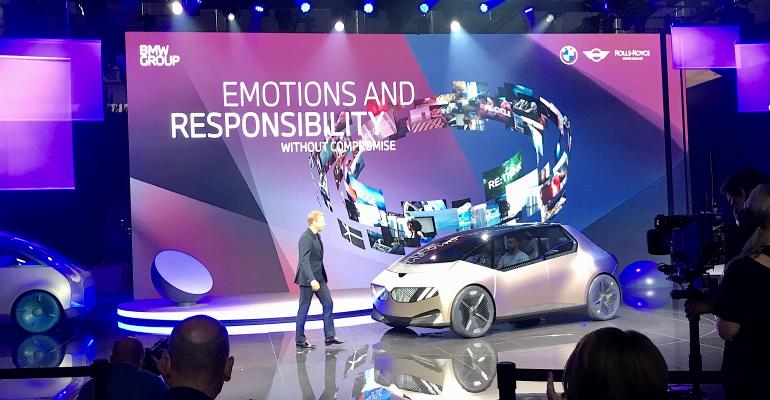 Start Slideshow ›
The BMW press conference at the 2021 IAA Munich motor show.
German carmakers demonstrate their plans for sports cars, 4x4s, and race cars to all shift to electric power.

World events have conspired to relocate the former IAA Frankfurt Motor Show to Munich, where it appeared in covid-diminished form for the first time. Despite the evident reduction in activity, German manufacturers still mustered some impressive debuts for the IAA Munich show.

German Chancellor Angela Merkel opened the show, which was located at Munich’s convention center. This was supplemented by presentation stages throughout the city center that gave visitors easy access to the latest new models.

Related: The Best of the 2021 New York International Auto Show That Wasn't

Green protestors, having succeeded in chasing the show out of Frankfurt, blocked several area roads in a bid to harass show organizers and attendees.

Perhaps motivated by the show’s location in the shadow of rival BMW’s Munich headquarters, Mercedes-Benz led the way with three impressive new concept vehicles as well as a display of a previously seen exotic concept, the Vision AVTR.

BMW and Porsche also delivered some interesting electric models designed to address climate change concerns, and many companies at the show announced new electrification and recycling targets. Click through the slideshow for a look at some of the show’s cool concept models.