EV Makers Are Learning to Do More With Less 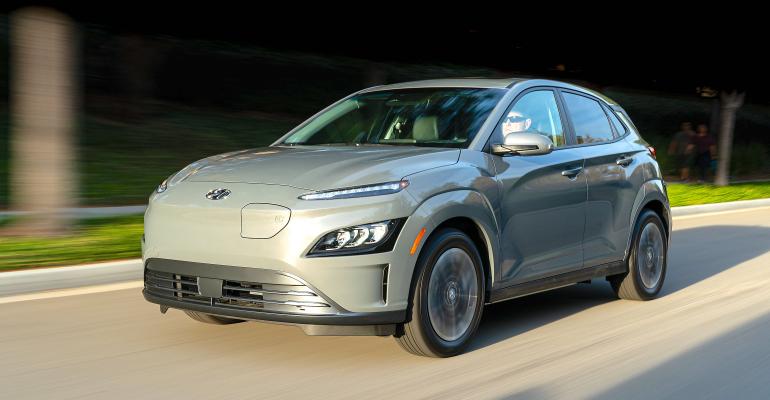 As carmakers find new ways to extract efficiency improvements from their EVs, consumers will have the opportunity to consider buying a car with a battery pack that is smaller rather than larger.

For cars offering the 250-mile-plus driving range that consumers seem to have set as a minimum threshold for consideration, batteries larger than 90 kilowatt-hours have become the standard. But Hyundai’s Kona Electric achieves a rated driving range of 258 miles with a smaller, lighter, and more affordable 64-kWh 356-volt lithium-ion polymer battery pack that employs prismatic cells provided by LG Chem.

The battery system is liquid cooled and it also has a heating system for effectiveness in cold temperatures. The Kona’s permanent-magnet electric motor delivers 201 horsepower and 291-lb.-ft. of torque to the car’s front wheels. The result is an EPA rating of 132 miles per gallon equivalent (MPGe) in city driving, 108 highway, and 120 in combined testing.

The EPA reports its electrical efficiency using the more relevant metric of kWh per 100 miles, with a score of 28 kWh/100. Incongruously, the car’s computer displays efficiency in miles per kilowatt-hour. During my test, the car averaged 4.0 miles/kWh.

For this test, I drove the Kona to a destination that is 250 miles away, pushing the car to the limit of its rated range. On the way there, I experienced significant traffic that prompted me to apply periodic bursts of acceleration and some higher-speed situational driving of the sort that saps driving range.

In other words, I drove it like I would have a gas car in that situation. The result was the battery was down to 39 miles of range when I stopped after 204 miles at an Electrify America charging station for a sandwich at the accompanying gas station. According to the car, it would have run out of juice after 244 miles. Compared to the 258-mile range rating, that seems solid considering the merciless pace I’d pushed.

The cost was $5.16 for electricity. A gas-powered Kona is rated at 32 mpg in combined driving and would have consumed nearly $32 worth of fuel over the same 204-mile drive. All driving for the entire trip was done with the car set in Eco mode for efficiency.

A gas car would have gone further on a tank and would have refueled completely more quickly. I plugged into a 150-kW charger, which should have charged at the Kona’s maximum rate of 100 kW. Instead, it ran at only 40 kW, so after 20 minutes the battery had increased from a 17 percent state of charge to only 33 percent.

That was enough to reach the destination, a hotel with an old Level 2 AC charging station. The Kona’s onboard AC charger is a 7.2-kilowatt device, but the hotel’s station only provided 6.4 kW, so charging the car from 15 percent state of charge to 100 percent took more than 12 hours.

For the return trip, I employed the Kona’s adaptive cruise control set at the speed limit, which was as high as 70 mph for much of the drive. One factor in my decision to not even attempt to make it the whole distance on a single charge, even though we got close, was the fact that the mountainous destination was at a higher elevation and the last few miles of the drive involved a particularly long, steep grade that looked perfect for sapping an almost-depleted battery.

With the opposite scenario for the return drive, I felt better about trying to make it the distance without a recharge. And the Kona did it, but only just. Once the remaining mileage gets low enough, the Kona stops reporting distance-to-empty, presumably to prevent people from trying to press the car to its very last mile. In this case, I went 253 miles at highway speeds in a car with a mid-sized battery that is rated to 258. That is probably just about where the car would have stopped, too, so the rating proved accurate.

Elevation change is not a factor that drivers have spent much time contemplating, but it surely affected the driving range, both for better and for worse, in each of the two directions, so that is something EV drives will need to keep in mind when plotting trips.

Because the hotel’s AC charging was free, and I got home without a pit stop, I had zero fuel cost for the 253-mile drive home at a time when people are sweating their fill-up costs. Cheapskates rejoice!

I was accustomed to making on-the-fly speed-versus-efficiency calculations for this exact driving route, dating back to my student days when my V8 Mustang’s 16 mpg highway efficiency and 16-gallon tank yielded a 256-mile driving range. The goal was to go as quickly as possible without triggering the need for a fuel stop, which would cause the drive to take longer than a slower non-stop pace. 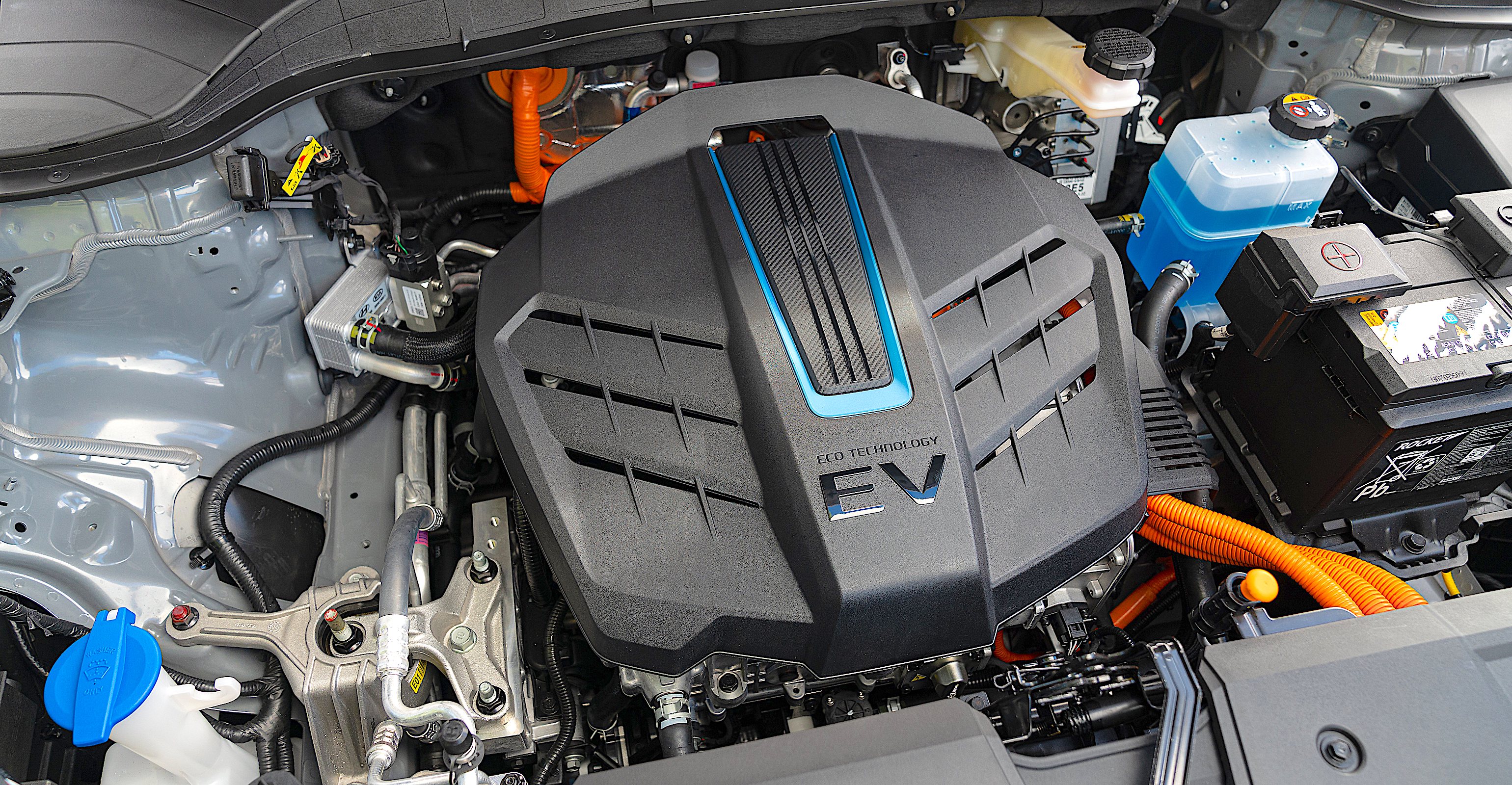 A highway trip by EV is an invitation to being fatigued by the drone of highway noise because of the absence of normal combustion sound. With the Kona Electric, Hyundai has done an admirable job of mitigating this issue with a variety of countermeasures. The noise abatement measures include increased ISOPAD insulation under the carpet, foam filler in the car’s rear roof pillar, added sound deadening in the door panels, more sound deadener in the rear hatch and wheel well areas, spray-on sound damping material on the floorpan, and a tuned mass resonance reducer on the rear control arms.

In other respects, the Kona Electric is a handsome, comfortable compact hatchback that provided plenty of space for both cargo and passengers. The Limited trim level includes everything you’d want except the $195 floor mats, which brought the test car’s total price to $43,940, before the available $7,500 federal tax credit.

The Kona doesn’t represent Hyundai’s latest electric drive technology, but it serves as a useful benchmark to demonstrate the current state of progress. With even new technology in upcoming models, there is the potential for even longer driving ranges with even smaller batteries, for even better prices.