Don't Get All Shook Up, But Elvis is in the Building for the Crossing Signal 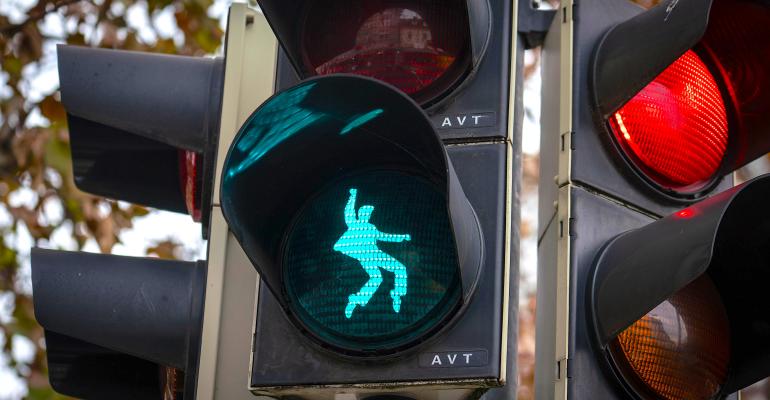 Elvis says, "Dance!" Or maybe actually he means, "Cross."
Who needs artificial intelligence in your traffic light crossing signals when you can have blue suede shoes?

While we await smarter traffic signals and their associated pedestrian crossing lights that will be part of the Internet of Things (IoT) and communicate using Vehicle-to-Infrastructure (V2X) systems, some German villages are helping get pedestrians' attention with Elvis-themed crossing lights that are a nod to the singer’s time stationed in the area as a member of the U.S. Air Force.

The German town of Friedberg, near Frankfurt, decided that it would be good for tourism to commemorate the years (October 1958- March 1960) when Elvis Presley was stationed there in then-West Germany as part of the Cold War defense against the Soviet Union.

Related: Time Wasted at Traffic Lights Is Astounding. You Could Get Some of it Back

The red “wait” light shows Elvis standing behind a mic stand and the green “walk” signal has a silhouette of The King dancing. Remember that the Germans are sticklers for the rules, so don’t cross the street without Elvis’s approval or you could be singing “Jailhouse Rock.”

Local politician Marion Götz told the Wetterauer Zeitung newspaper that the town had paid about €900 ($1,000) for the lights as an extra attraction for tourists.

Not to be outdone, the nearby villiage of Bad Nauheim added its own versions of the signals. In an unusual arrangement, the world’s most famous singer at the time was permitted to live off base and his house was in Bad Nauheim. 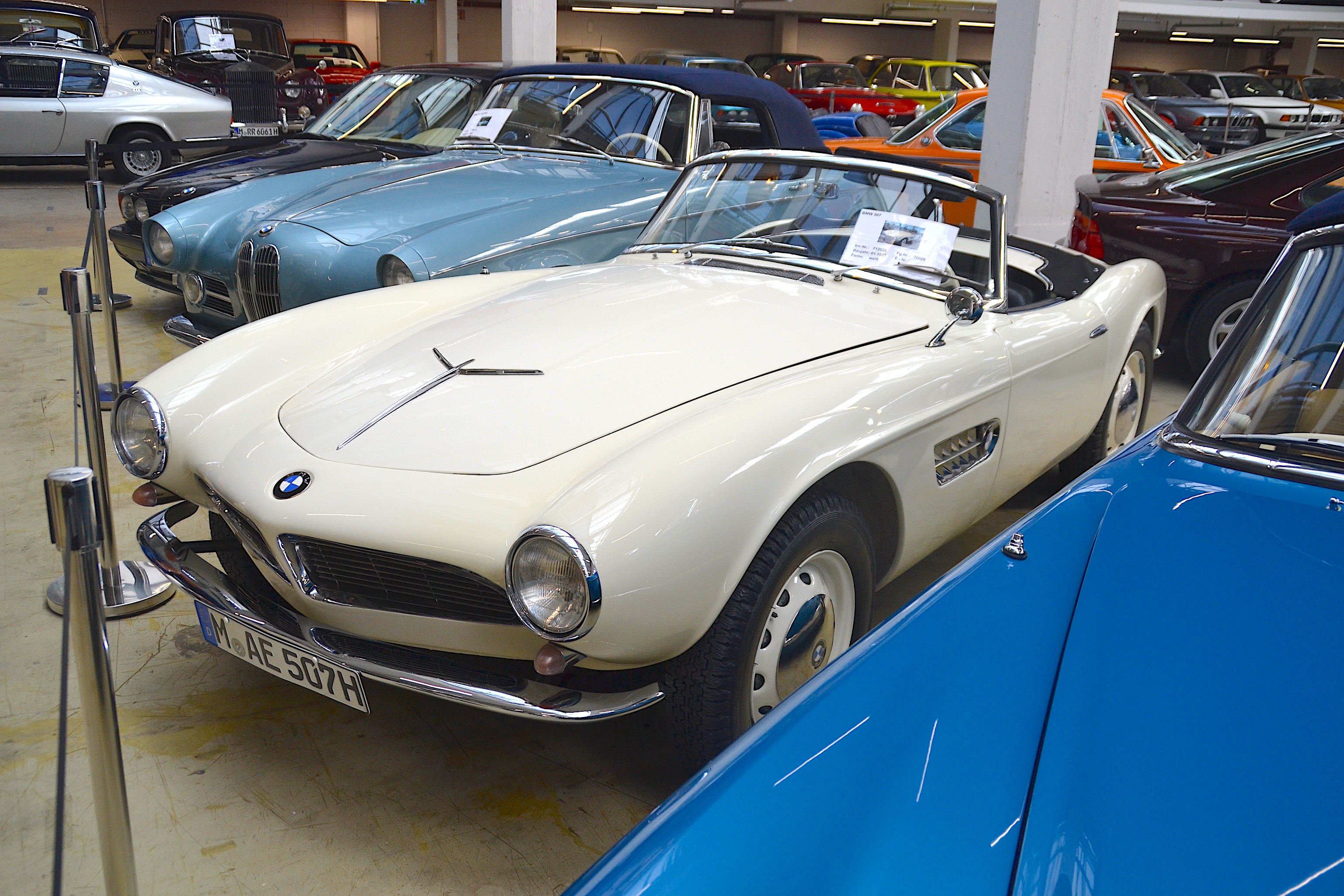 To get around while not at the base, Elvis famously bought a gorgeous BMW 507 roadster, which resides today at BMW’s museum in Munich, where we visited the car during the 2021 IAA mobility show.

Customized traffic signals are popular in Germany, which has Beethoven traffic lights in Bonn, for example. We will have to wait to see how these unique signals may be incorporated into the IoT in the future. Maybe Elvis will sing for the visually handicapped pedestrians to cross the street! 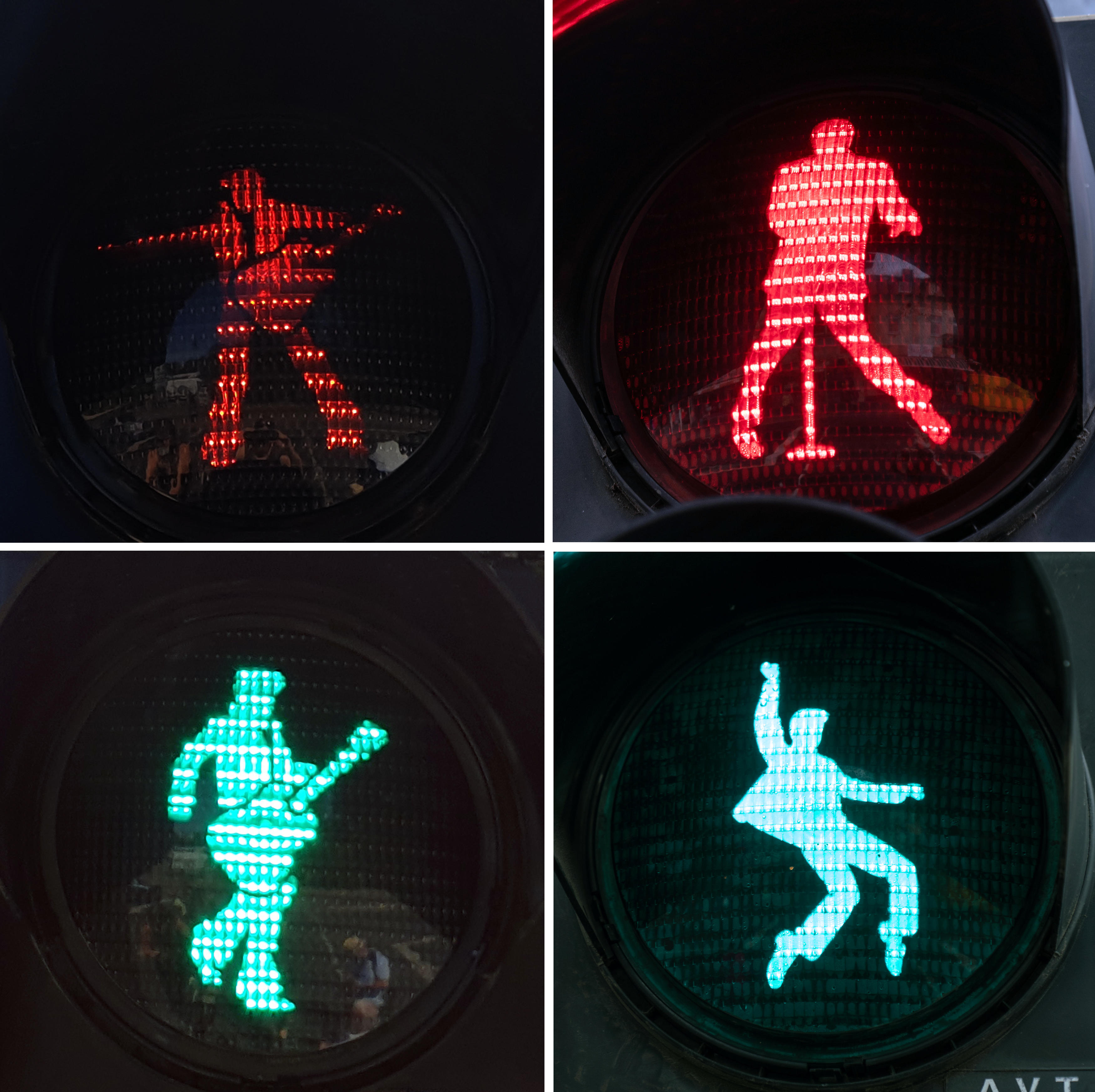 These lights in Elvis's town of Bad Friedberg show both the "wait" and "cross" indicators.