Cleaning ADAS Sensors with Sound Instead of Water 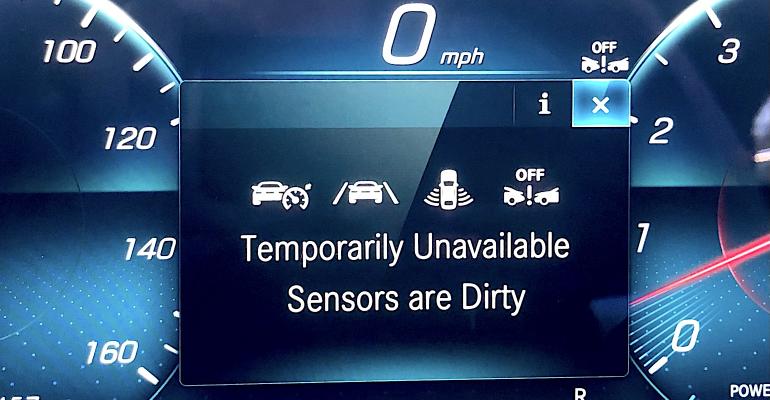 British tech company TTP says it will partner with ADAS sensor suppliers to incorporate ultrasonic cleaning directly into the devices.

Cars piloted by human drivers have windshield wipers and washers to help ensure the driver can see ahead. In particularly severe weather, the driver is expected to scrape snow and ice from the glass, while hot-air and electric defrosters warm the glass.

An autonomous car might not have a person present when it sets out on its drive. And for advanced driver assistance system (ADAS) sensors that assist human drivers, the driver cannot tell when the sensors are obstructed. In this case, the car will notify the driver that the ADAS functions are disabled because the necessary sensors are blocked.

The solution will be for sensors to have their own cleaning systems that automatically clear dirt and ice as needed so that the systems can stay online, said Tom Jellicoe, head of autonomous technology at the British technology company TTP. “When you start adding sensors, it becomes less acceptable to have to go around cleaning them all manually,” he said.

However, as sensors proliferate, the idea of adding separate cleaning systems to vehicles for each individual camera, lidar, and radar aboard sounds like a headache for carmakers. The solution Jellicoe proposes is for sensor suppliers to incorporate self-cleaning capability into each of their devices, so that the automaker doesn’t have to think about the problem at all.

A challenge with cleaning systems like windshield washers is the need to replenish the washer fluid. That isn’t a big deal when cleaning just the windshield and rear window. But with the potential for a dozen or more sensors located all around the vehicle, a simpler solution would be better.

TTP’s design employs an ultrasonic system that atomizes a miniscule amount of cleaner into a fine mist. It has the added benefit of generating heat for clearing ice and snow. This simple design is affordable in the context of the cost of the sensor itself, said Jellicoe. “We are talking on the order of dollars. When you compare that to the cost of an ADAS sensor, it is pretty modest.”

The company says that atomizing it is the most effective mechanism for removing unwanted material from the surface. It accomplishes this when the surface accelerates fast enough to break the surface tension of the wetting layer on the surface and form a droplet, which is ejected along with anything which may be suspended of dissolved in the wetting layer, TTP explains in a fact sheet.

By having the sensor supplier integrate the cleaning system and validate the entire system, OEMS save money, he added. “You save on validation and verification costs associated with more complex cleaning systems. Every time they tweak a design, they have to design a liquid jetting system to be in that system.”

The TTP design effectively has no moving parts, which is desirable for durability. “The transducer has 3 microns surface displacement,” he said. That amplitude of vibration is enough to generate the atomized cleaning mist for the sensor.

While TTP is lining up sensor supplier partners to integrate this cleaning system into their sensor modules, the company has partnered with Texas Instruments on the cleaning system. That’s because while TTP has designed an innovative transducer, TI is expert at the drivers that control them thanks to its background in the audio industry. “They do a lot of the drivers for audio components,” said Jellicoe.

The notion of employing ultrasonic cleaning techniques is longstanding, as it has been used inside digital cameras for nearly two decades to clear dust from their optical sensors.