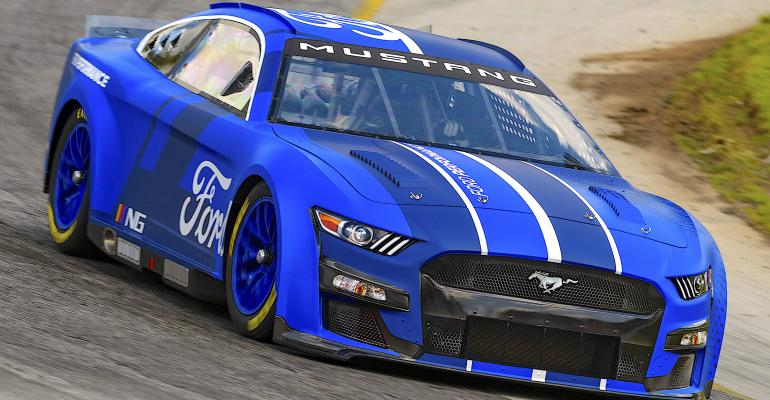 The 2022 Nascar Next Gen Ford Mustang.
The entire field of Nascar racers will hit the track in entirely new cars in 2022, so computer modeling is crucial to ensuring the cars drive as expected.

Nascar’s Next Generation car will debut at the Feb. 6 Clash all-star race that will be held at the Los Angeles colosseum.

This car has been designed to contain costs and to be better-suited to racing on curvy road courses in addition to Nascar’s bread-and-butter oval tracks.

Related: The High-Tech Components of NASCAR's Next Gen Race Car

The challenge for teams preparing the cars has been getting it to work acceptably on both kinds of tracks. Teams had an oval track test at Charlotte Motor Speedway in November, where they encountered challenges driving in traffic and on worn tires, so they will continue to refine the cars’ setup.

The teams’ engineers have been able to get close to a useable setup thanks to digital tools such as the VeSyMA- Kinematics simulation software from Claytex. The company added Next Gen models to its library so that teams could gain insight into how these new cars are likely to perform on the track. 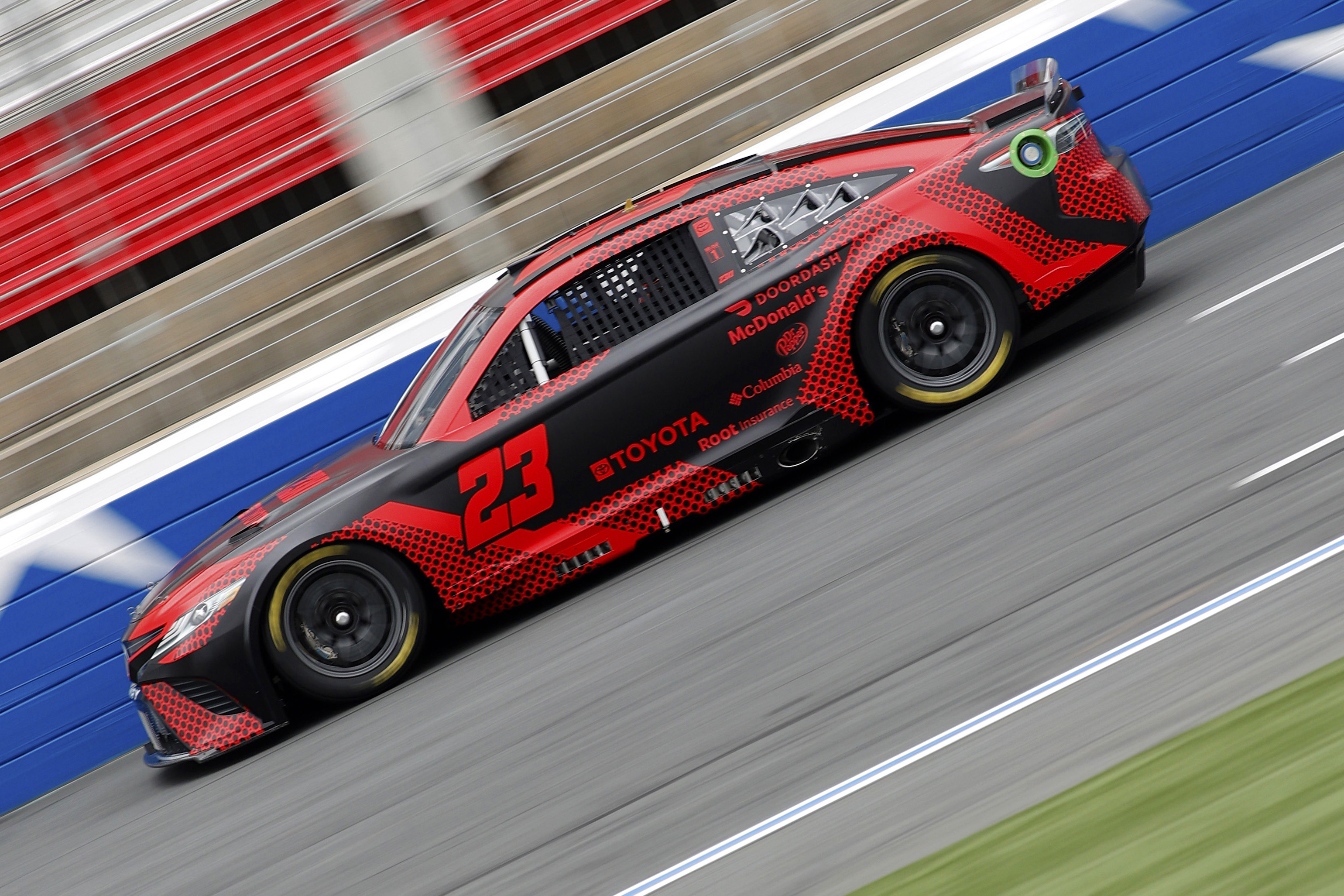 At the rear, where a new independent suspension replaces Nascar’s traditional solid axle, the Next Gen car employs an unorthodox approach, mounting the rear toe link to the upper control arm (in a similar fashion to the front anti-roll bar).

These might sound like trivial details, but Claytex says that traditional multibody attempts at modeling such an arrangement can prove futile, as a kinematic loop is created.

The solution is Claytex’s twin double-aggregated joint approach to modeling this layout, enabling the kinematic characteristics of the linkage to be reproduced while retaining the simulation performance and adjustability of other VeSyMA – Motorsports linkages.

Engineers can apply the setup adjusters and shim adjustments on the modeled car to tune it as needed for each track.  The normal compliance locations at the hub, damper/strut top, and control arm mount have been retained. Indeed, both front and rear linkages are mounted to subframes, so flexible or compliant subframes can be tested at the full vehicle level. Full kinematic rig experiments at both quarter car and half car level are also available. 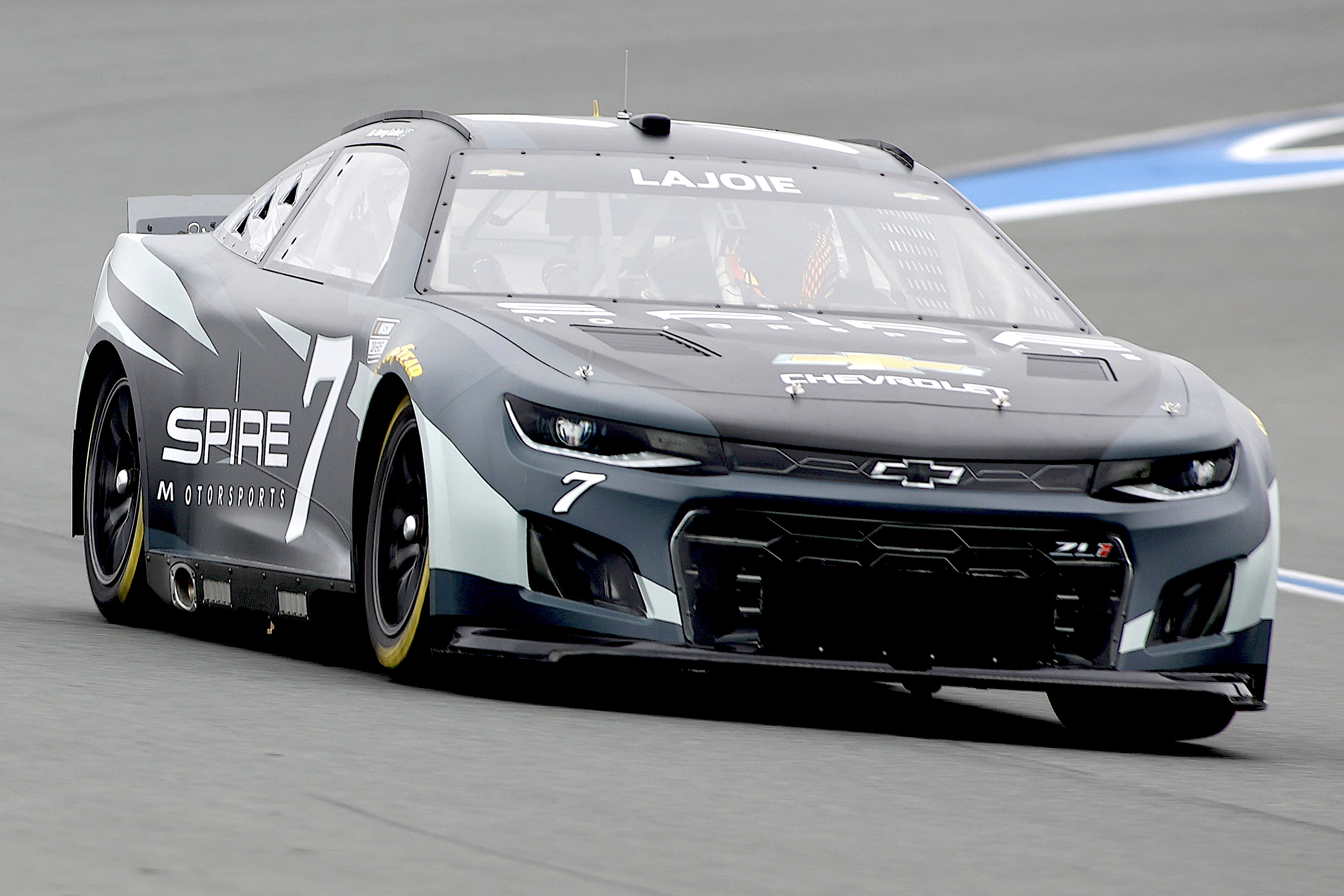 The 2022 Nascar Next Gen Chevrolet Camaro.

In addition to the suspension kinematics, VeSyMA – Motorsports software includes the other subsystems needed to model the who car, so it has the power steering, both rack and column-mounted, plus all frictional effects along with simplified torque transfer limited-slip differential models, and idealized gearbox models

With this computer modeling out of the way, teams have been able to arrive at tracks with cars nearly dialed in. And following tests, the model can evaluate ways to address drivers’ feedback about issues that need to be resolved before the green flag flies in February.