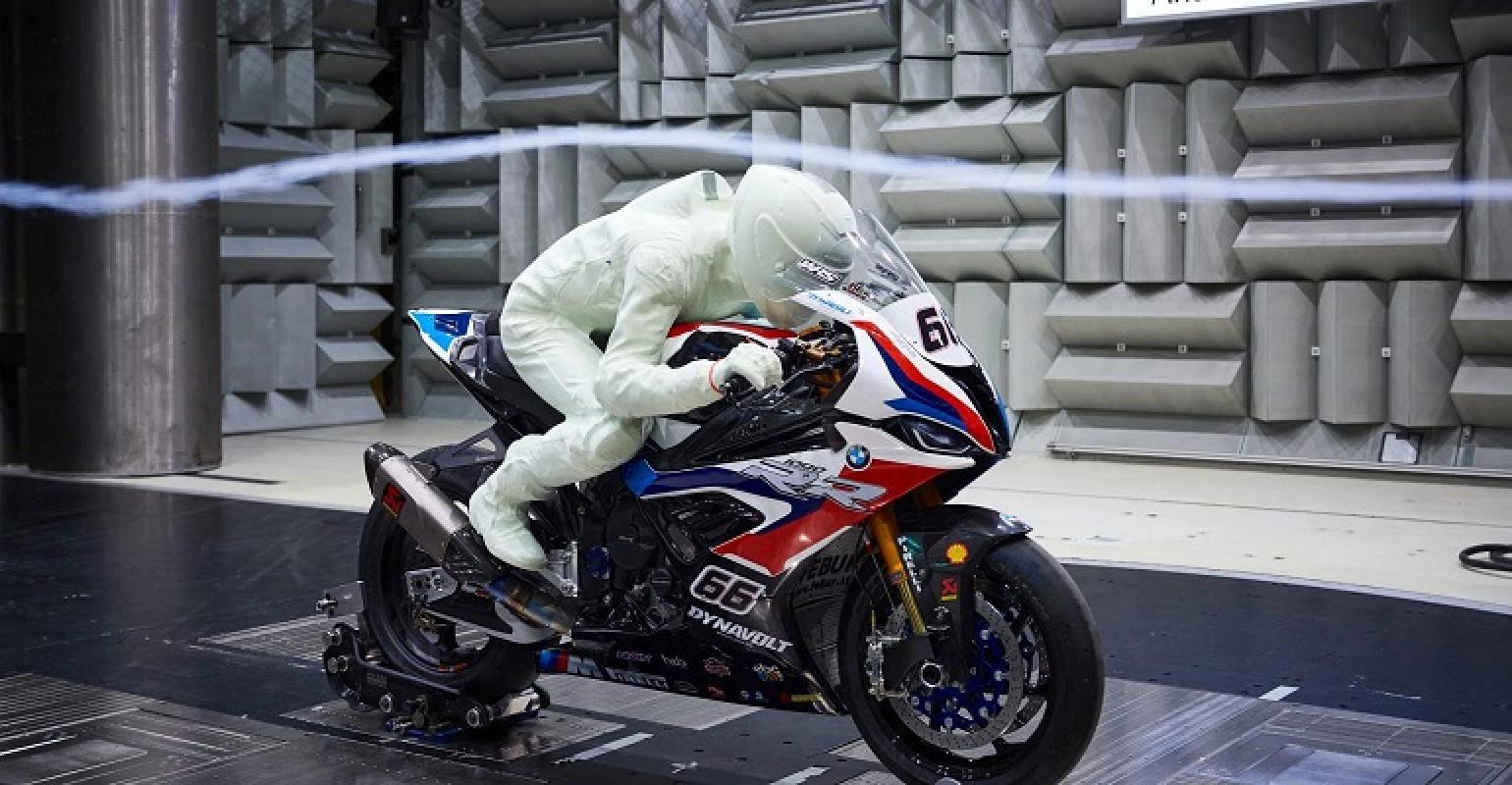 BMW Motorrad Motorsport was able to continue its aerodynamic testing during the COVID-19 hiatus thanks to a plastic stand-in for the team's rider.

Unlike automotive aerodynamics, motorcycle aerodynamics are highly dependent on the rider and his or her position on the bike. In competition like the FIM Superbike World Championship, aerodynamic drag can make or break a team’s success, so they need to test upgrades to confirm their benefit.

BMW Motorrad Motorsport, for example, tests the team’s competition version of the BMW S 1000 RR in the 2,600-horsepower, 160-mph BMW Group Wind Tunnel in Munich. They could put the rider, Irishman Eugene Laverty on the bike in person, but that is tedious and time consuming. In pursuit of more wind tunnel testing time, BMW sought to relieve Laverty of his test dummy duties by creating a 3D scan of his body on the bike. They used this scanned image to create a two-piece plastic doppelganger, which can ride through indoor hurricanes for days on end without getting tired or grouchy.

“Eugene was here in Munich with us before the outbreak of the coronavirus pandemic,” explained BMW Motorrad motorsport director Marc Bongers. “He was trying to find the ideal sitting position on the RR and, while he was in that position, we took detailed measurements with a 3D scanner,” 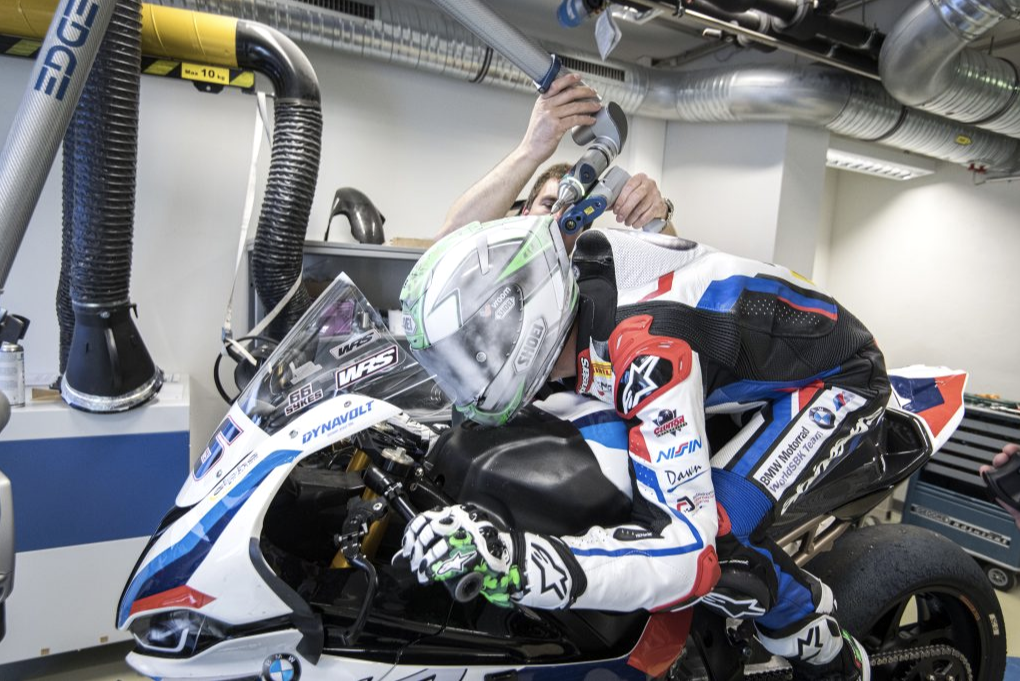 A BMW technician scans rider Eugene Lavery while he maintains his ideal aerodynamic position on the S 1000 RR World Superbike.

This incredibly detailed scan recorded every individual glove finger, every contour of the helmet, and every seam in the racing leathers. “Based on the data from the 3D scan, we created a plastic model made of two halves. It took about a week to get all the details right, however our 3D Eugene was then ready for action,” Bongers added.

The team appreciated the value of having a petrochemical-based stand-in for Lavery, which they have used for more than 50 wind tunnel tests. “Using a 3D model like this allows us to work more efficiently on development of our RR,” noted  Bongers. “While a real rider must travel to get here, the plastic version is available at any time for testing in the wind tunnel. This means that we can evaluate and implement updates even faster.” 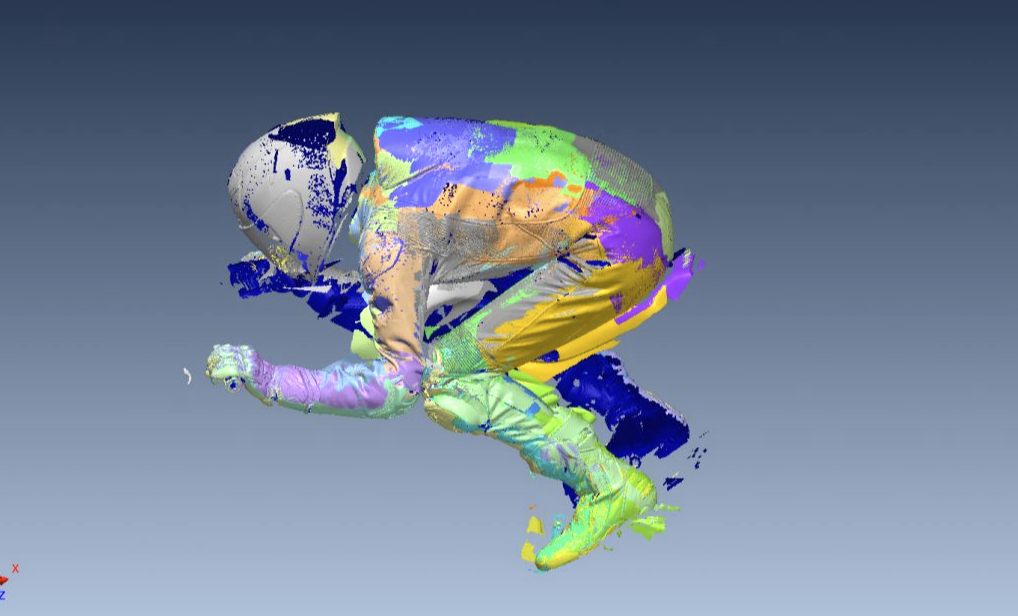 The 3D image created of Lavery by the scan.

Then the COVID-19 pandemic struck, making travel impossible for living humans. But the plastic Lavery could still safely go to work. “He’s just a few shades paler than my Irish complexion,” joked Laverty, referring to the light plastic used to make the model.

Having the dummy to do the testing made the tedious process of getting scanned while maintaining his ideal aerodynamic riding position worth the effort. “It was a little unusual to sit on the bike for so long and to be measured from every angle with a 3D scanner,” Lavery said. “However, the result is awesome. I can do my bit to make our RR faster without having to be in Munich in person. It’s not every day you get to see yourself as such a detailed model. It is fascinating what is possible with modern technology, and the BMW Group is leading the way in many areas in this regard.” 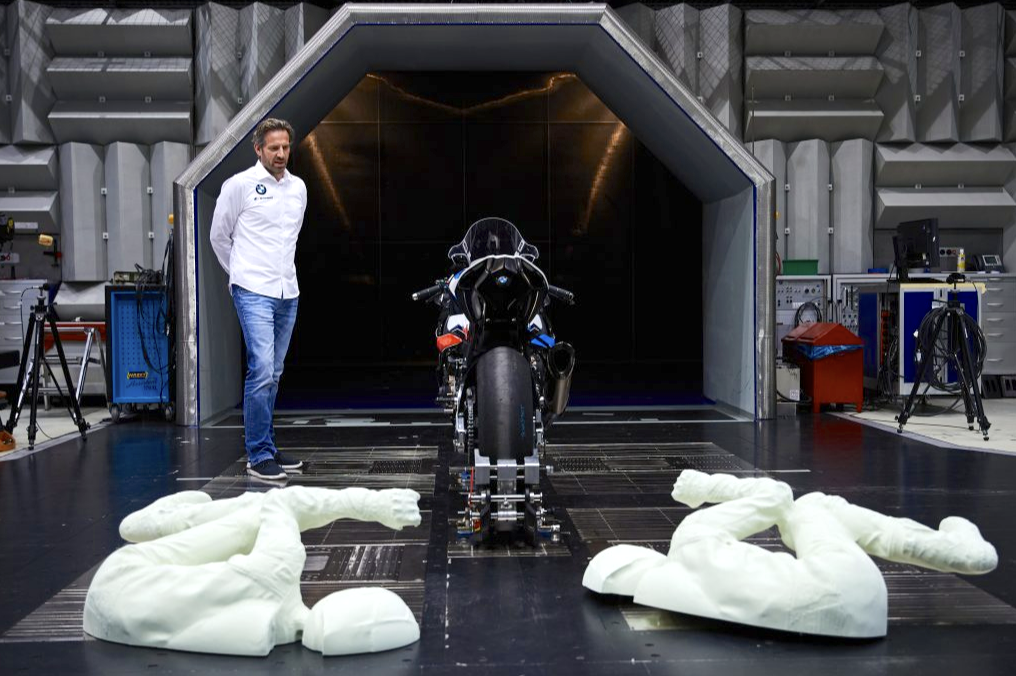 The two plastic halves of the Lavery wind tunnel dummy are ready to be installed on the bike for a test.

The suspended World Superbike racing season is scheduled to resume at Jerez de la Frontera, Spain the first weekend in August. That when the real Lavery will learn how much extra speed the BMW team was able to get from his race bike thanks to his plastic wind tunnel stand-in. 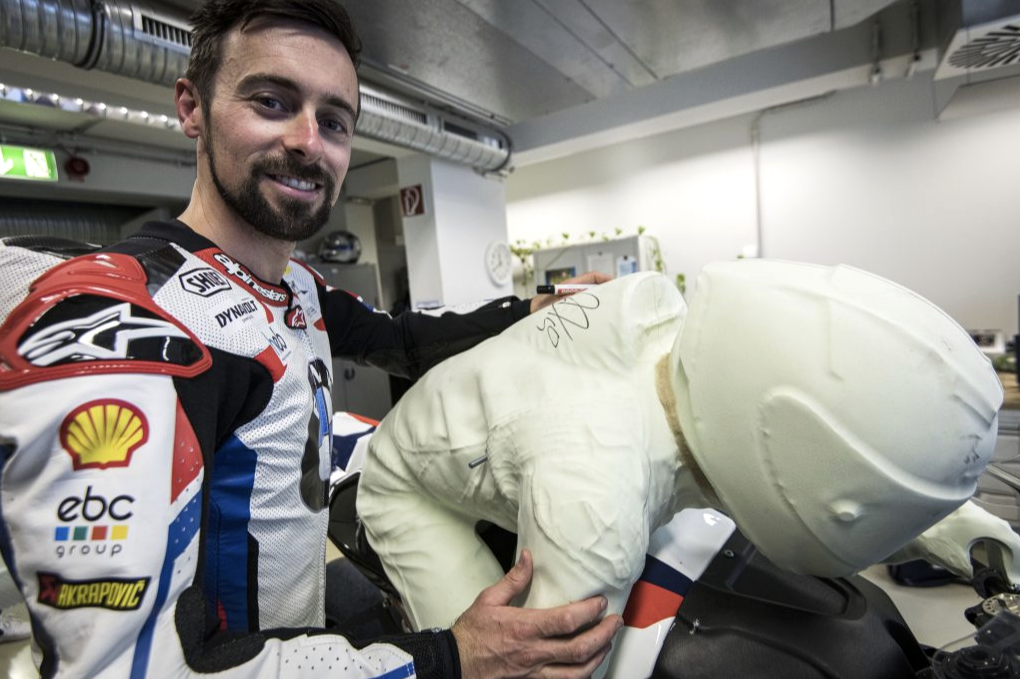 An Electronic Co-Pilot Makes The Damon Hypersport The Motorcycle Of The Future
Jan 17, 2020