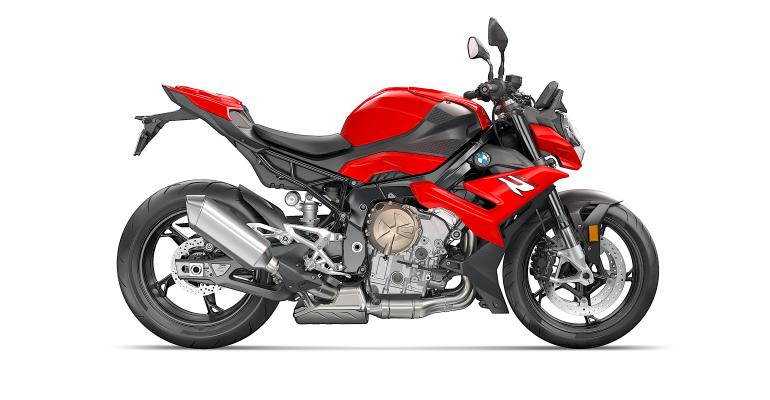 The transmission has longer ratios in the top three gears, contributed to more relaxed highway cruising at lower engine speeds. The gearbox also includes a slipper clutch to prevent wheel hop from engine braking on downshifts. This is assisted by the optional engine drag torque control system, which controls the throttle to prevent excess engine braking on downshifts when necessary.

The S 1000 R includes a plethora of other electronic assistance systems to help keep the bike, and its rider, shiny side up. These systems include a three-mode riding system, with Rain, Road, and Dynamic settings. A Riding Modes Pro option adds the choice of Dynamic Pro, which provides a wide range of customizable settings for the traction control and antilock brake systems. It also adds a Power Wheelie function for stunt riding and Dynamic Brake Control to assist in emergency maneuvers.

The Dynamic Traction Control system is the same one used by BMW in the World Superbike series. The bike’s electronics use a new six-axis sensor unit for more accurate measurement of pitch rate and wheelie position.

The drivetrain and electronics help keep the S 1000 R manageable, but the bike’s calling card is its agility, which comes from its narrower frame and lighter curb weight. The S 1000 R’s Flex Frame isn’t as wide as the outgoing model, helping keep the rider’s knees closer together for a more relaxed riding position. 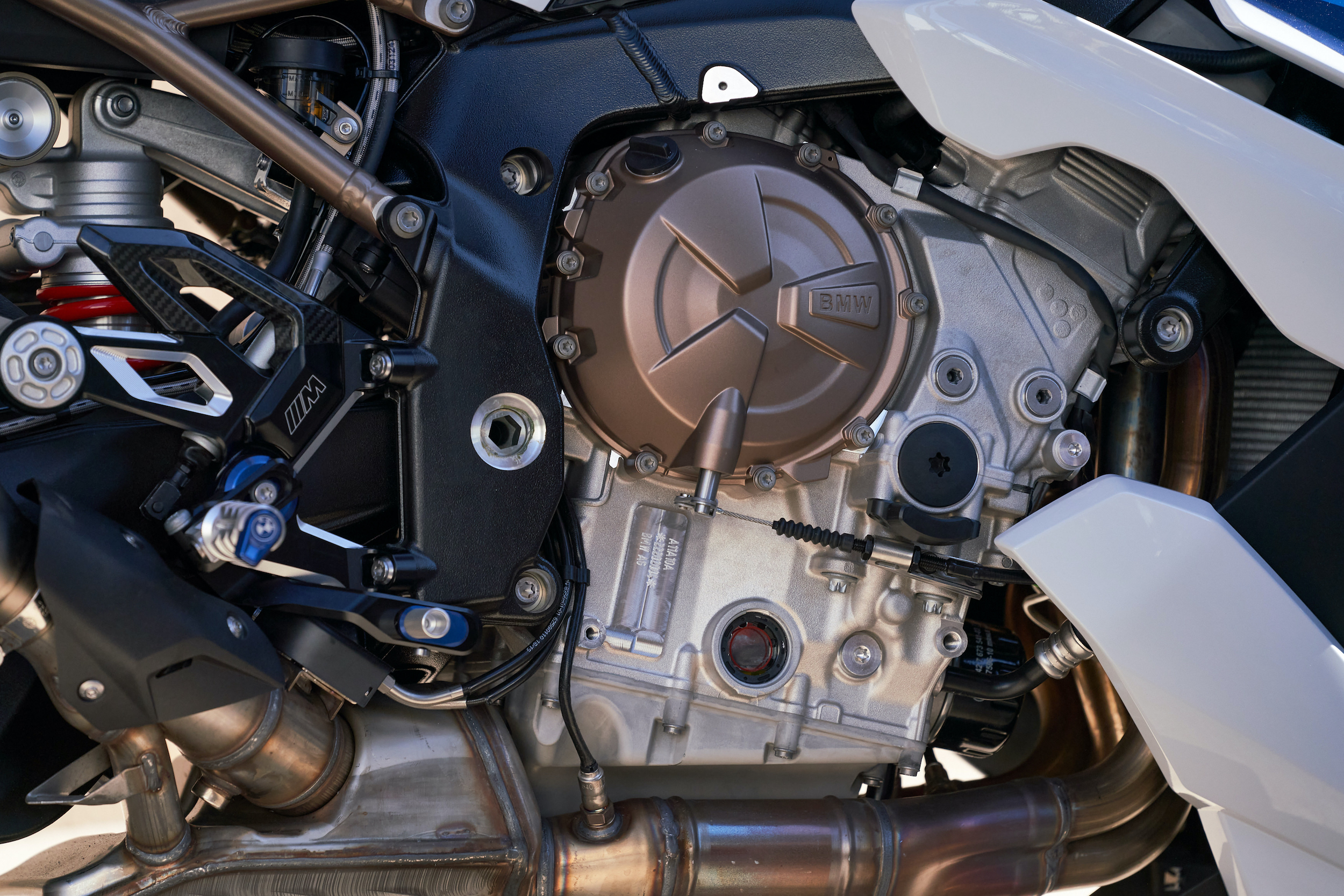 The handlebar clamp is adjustable with 10 mm of movement to suit the ride, and 10 mm handlebar risers are available optionally to lift the bars even further, taking still more weight of the rider’s wrists.

Mass optimization has whittled the S 1000 R’s weight to less than 200 kg. (440 lbs.), in a class where the average is 214 kg. (470 lbs.). The standard S 1000 R weighs only 199 kg. without the optional comfort and dynamics package. The M package offers forged aluminum or carbon fiber wheels for still more weight reduction, bringing the bike’s lowest possible mass to 195 kg., according to BMW.

Five kilograms of the bike’s savings came from the engine, and the Akrapovich-supplied exhaust system is also lighter than that of the previous model. BMW has not yet released pricing and availability for the 2021 S 1000 R. 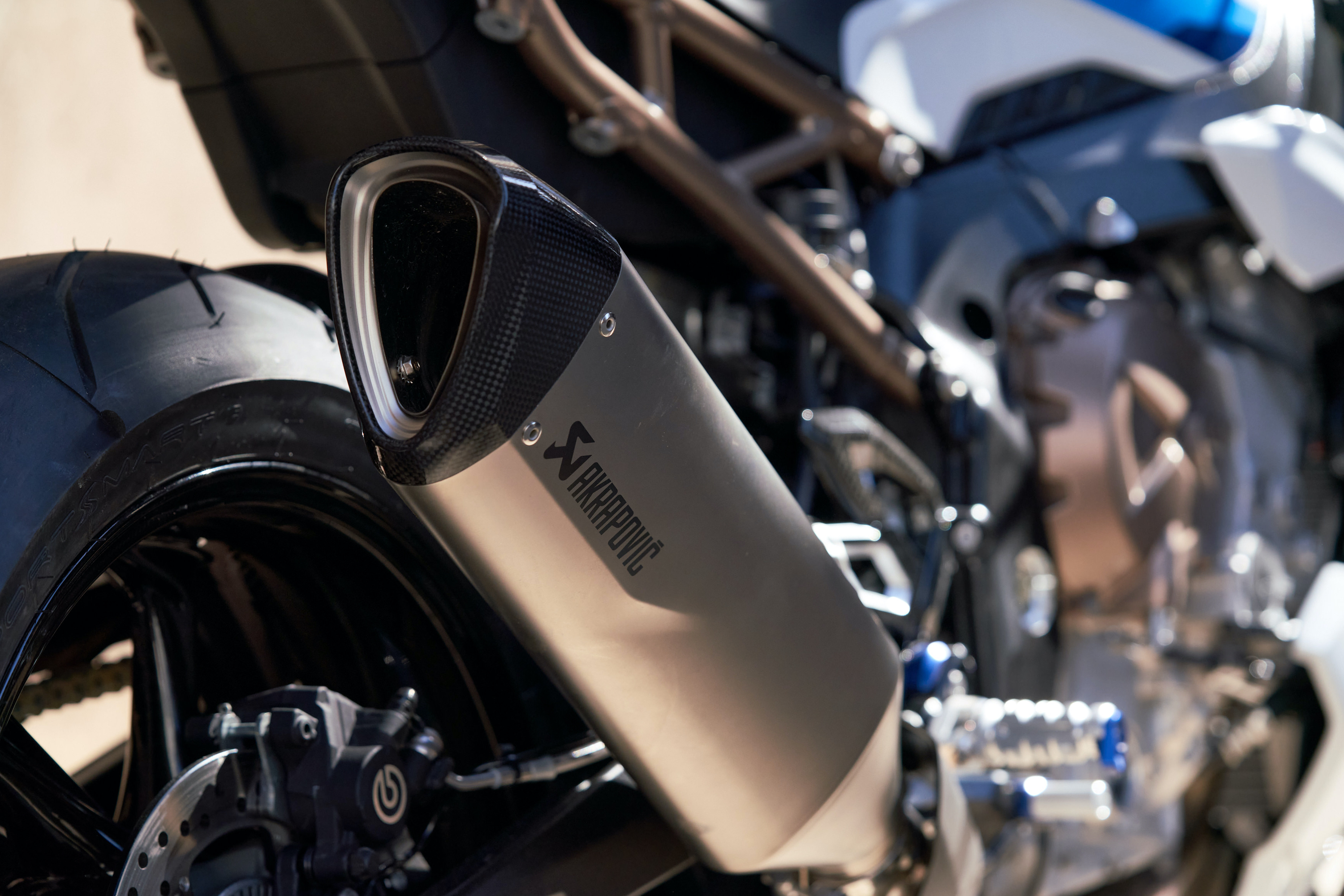 The Akrapovic exhaust on the S 1000 R helps trim weight.