This assembly is one of about a dozen different exterior engine enclosure panels that fit together to create styling, air flow, and improved serviceability in Hagie sprayers. The main enclosure material is custom colored Hagie Gray with smooth, high-gloss ABS and an acrylic cap with a starting thickness of 0.236 in. It is bonded with fiberglass using Plastics Unlimited’s patented Tool-less Engineered Composites process. The fiberglass increases the rigidity, durability, and temperature-resistance of the assembly. The grill is thermoformed from a black, high-temperature ABS/PC blended hair-cell-textured material with a low-gloss acrylic film at a starting thickness of 0.240 in.

Previously, the customer struggled to service the enclosures because of their huge size. The new parts also have much tighter tolerances and a better fit, according to Plastics Unlimited.

Approximately 40 parts of each one of the dozen different exterior engine enclosure panels as well as all of the patterns, aluminum tools, trim fixtures, and assembly fixtures were produced in about two months.

Hidden mounting brackets allow for easy, quick, and simple assembly by the OEM. Screens were added to improve air flow and reduce overheating of the engine. Plastics Unlimited said that it worked with the customer to redesign the parts for thermoforming by eliminating die locks and to improve forming and trimming conditions.

The thermoformed parts of this assembly are manufactured using production single-cavity cast aluminum with temperature control. 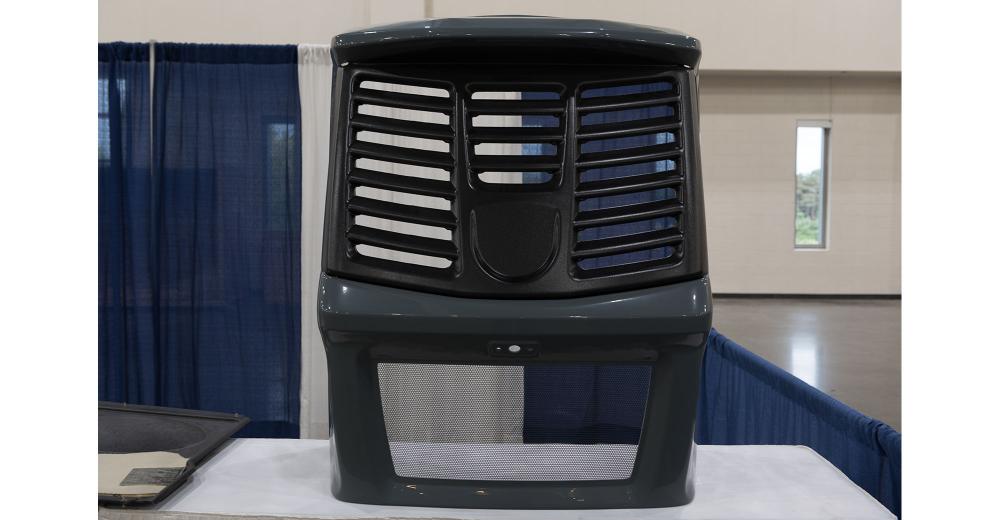