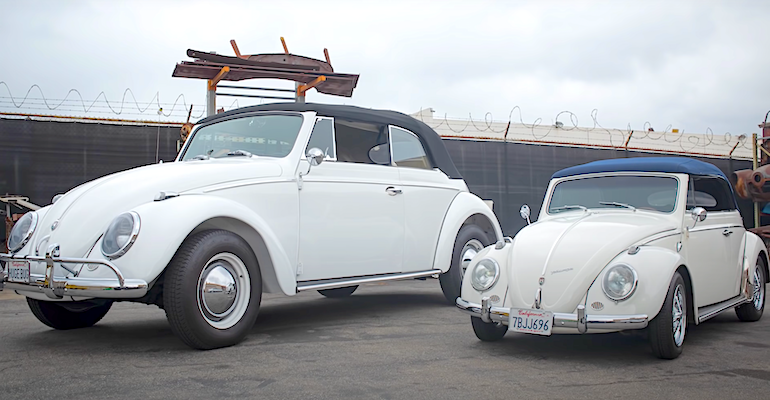 Start Slideshow ›
Tuner shop Barcroft Cars didn't like being intimidated by monster trucks and SUVs on the California freeway, so they built a 140 percent scale model of their classic 1959 VW Beetle.

The father and son team of Barcroft Cars is known for its TV show highlighting the various custom vehicles it has built for clients, but it is an in-house project for themselves that is currently attracting attention. They decided to build a super-sized version of their own 1959 Volkswagen Beetle.

The idea was to make a Beetle that is big enough to stand toe-to-toe with pickups and SUVs on the mean streets while providing all the comforts of a modern car. We'd say they succeeded but click through to judge for yourself and read the commentary provided by the duo's son, Scott Tupper.