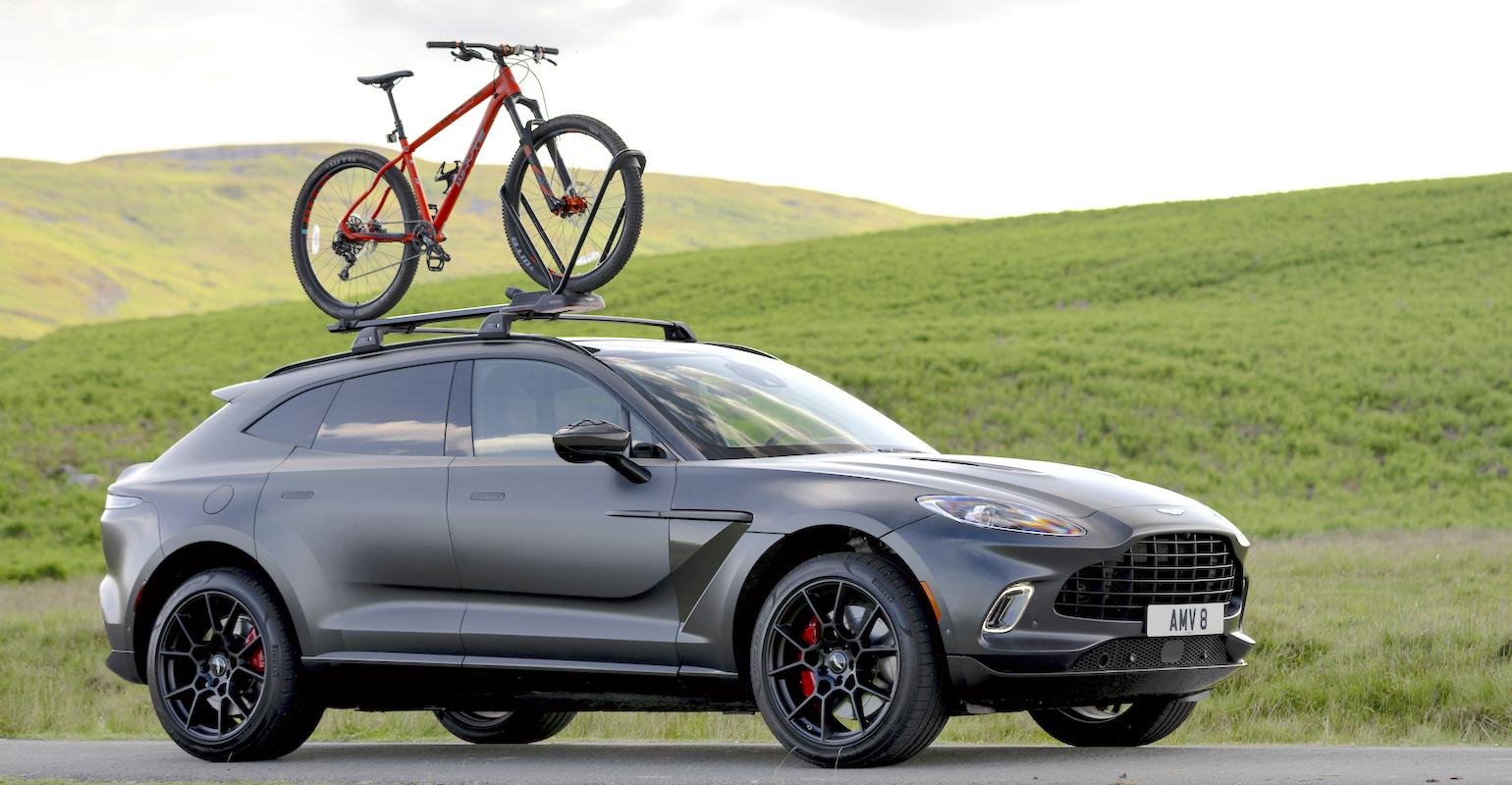 Start Slideshow ›
2021 Aston Martin DBX
It takes a solid foundation, a muscular powertrain, intelligent suspension, and the ability to tune it all to achieve Aston Martin feel in the company's first SUV.

Just as George Clooney eventually settled down from an active dating life and had a family, so too could James Bond. That’s the underlying concept behind the Aston Martin DBX, a rakish crossover SUV that holds true to the brand’s traditional values of style and speed while providing the practicality of four doors and a cargo bay.

Naturally, clever engineering is needed to marry the dynamic handling expected of an Aston with the size and height expected of an SUV. As we experienced with the Bentley Flying Spur sedan, modern technology makes it increasingly possible for large, heavy vehicles to drive with the agility of smaller machines.

The DBX’s base price is $176,900 and our test unit included options that brought its bottom line to $205,086. Once into this rarefied price level, a $30,000 option list probably seems unremarkable, but some of the DBX’s line items produce some head scratching.

The orange paint on the test car’s brake calipers makes them stand out against the gloss black wheels. It also adds $3,100 to the price tag, which is nearly double the $1,600 charge for those 22-inch wheels themselves!

The $600 charge for the steering wheel heat isn’t as excessive, but it does leave us wondering why a $200,000 luxury car doesn’t feature that as standard equipment. Maybe Aston sells enough DBXs to the Middle East that it doesn’t want to make it standard, but seat heaters are standard.

For a look at the DBX’s other cool technical features, click through the slideshow.