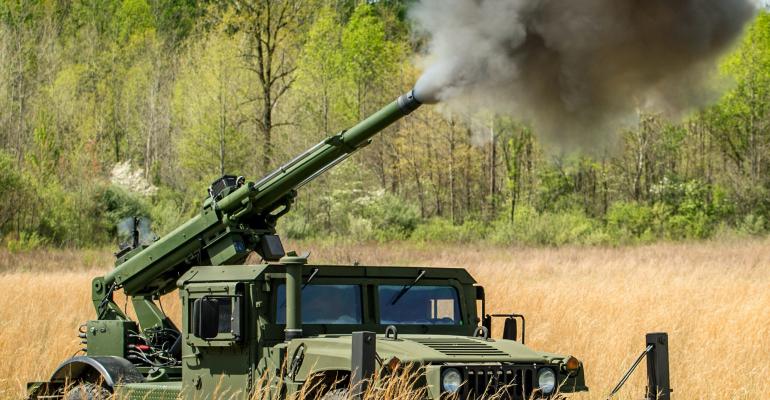 Start Slideshow ›
One if by land, two if by sea and 4x4 if by Humvee!

Army Humvee manufacturer AM General is a successor company to a variety of auto industry players, with roots stretching back to Studebaker’s founding in 1852 as a wagon supplier and continuing through Kaiser, Willys, Jeep and American Motors Corporation.

AM General spun off as a stand-alone company in 1971, and in 1983 its bid won the Army contract to build the High Mobility Multi-Wheeled Vehicle, or HMMWV, which was quickly changed to “Humvee.”

The first Humvees were delivered to the Army in 1985. Following the Humvee’s high-profile role in the 1991 Persian Gulf war, AM General launched the Hummer street-legal version in 1992, following Jeep’s evolution from Army truck to civilian SUV. In 1999, General Motors bought the rights to the Hummer name and launched that as a new division.

A 2007 upgrade saw AM General start delivering Humvees to the National Guard for service in disaster recovery. Track the Humvee’s various configurations over the years in this slideshow.