AI Driving Systems Will Get Smarter Via AI Updates 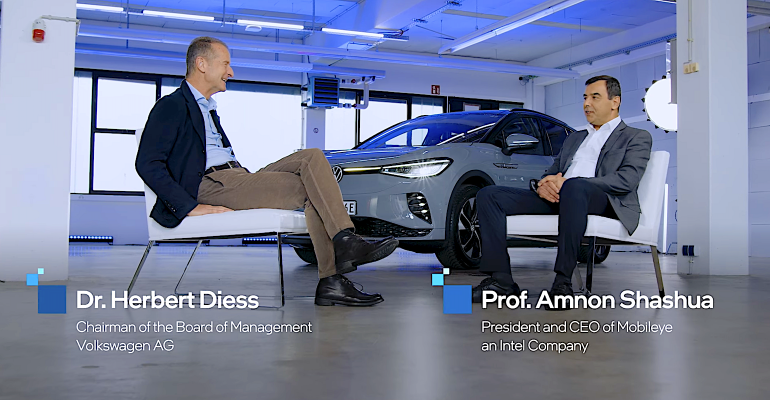 Dr. Herbert Diess, chairman of the board of management, Volkswagen AG (left) and Prof. Amnon Shashua, president and CEO of Mobileye, an Intel company (right).
Mobileye president says that the cloud can do more than update the maps for self-driving vehicles.

As part of the CES media blitz, Volkswagen and Mobileye issued an update on their joint work on Advanced Driver Assistance Systems and autonomous driving technology. The companies’ bosses, Dr. Herbert Diess, chairman of the board of management, Volkswagen AG and Prof. Amnon Shashua, president and CEO of Mobileye, an Intel company, sat down for a video chat that revealed some interesting thinking on the future of updating AI technology over the air from the cloud.

Diess posed the question to Shashua, who explained that the cloud can be much more than just a remote repository of mapping data for such systems. Instead, it can also be the source of continuously improved intelligence for handling tricky situations, as he explained in this discussion.

The access to 1.2B km mapping data improves our ADAS features: The new travel assist makes driving safer & more comfortable, even without road markings - e.g. on rural roads. Thanks to our @Mobileye cooperation!

Herbert Diess: Your knowledge is improving continuously. With each and every corner case, you are evaluating, you get new data and you get better cameras. So do you think it will be possible at some stage that we even can update the AI part of the camera?

Sometimes it becomes difficult for the onboard processing to really understand in a fraction of a second what’s going on there. This is the second part of the AI, which you can do through a swarm cloud process.

Why not send pictures, snippets of data, and all of this is pieced in the cloud, and that can be updated at a very high frequency? 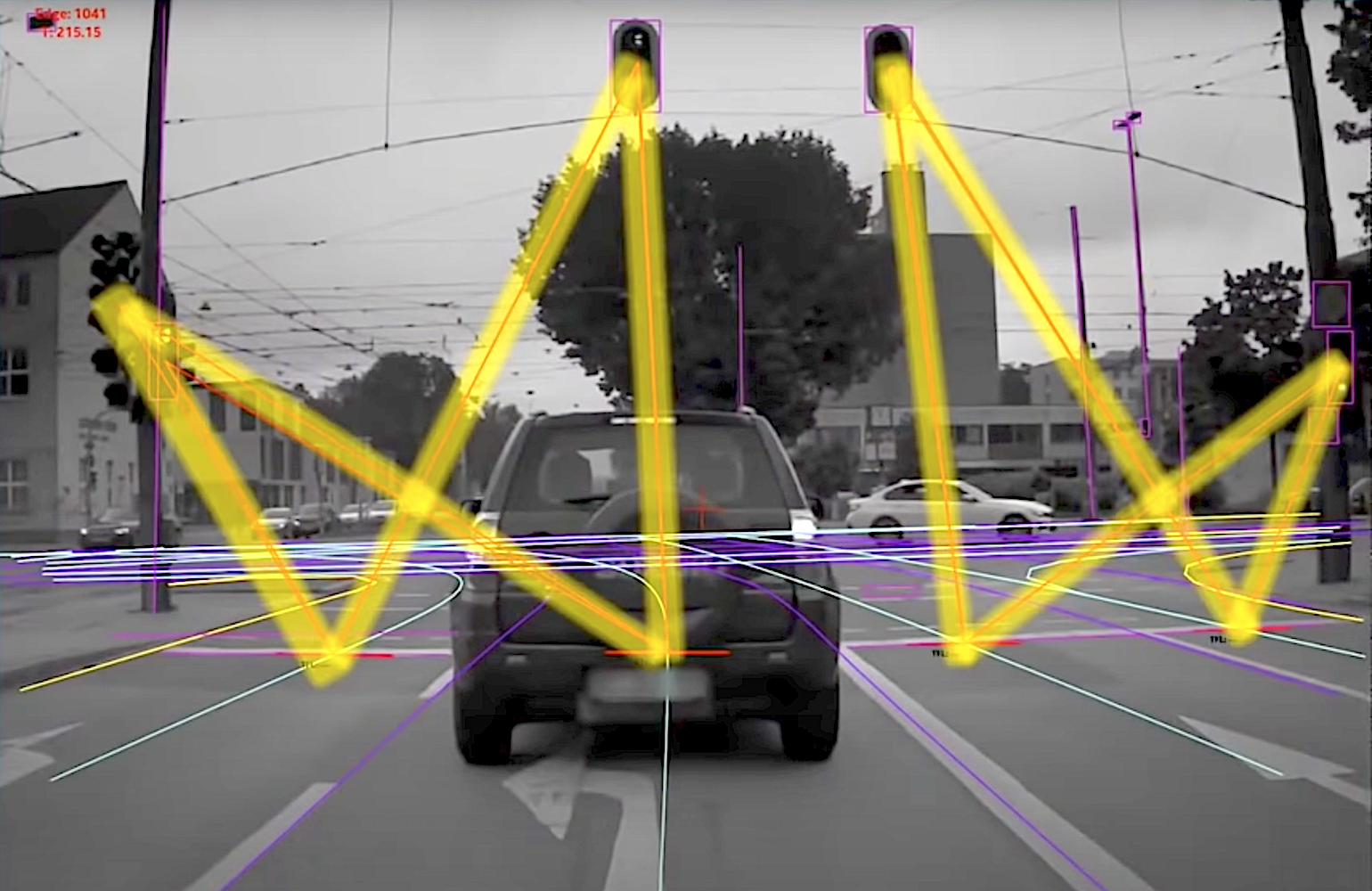 This image depicts the Mobileye AI's analysis of the various factors at a complex intersection.

Amnon Shashua: It remains cloud knowledge. And in the cloud, the beauty of the cloud is that you have much more processing power. So for example in the (Volkswagen) ID.4, we are talking about 2.5 million kilometers of road in Europe. It takes us a week to build a map. It takes us a week.

So we take all this swarm data, it takes us a week. So there is no reason with advancements of computing that it couldn’t take us a day. And then later it will take us half a day. So everything that happens in the world can be updated and streamed to cars.