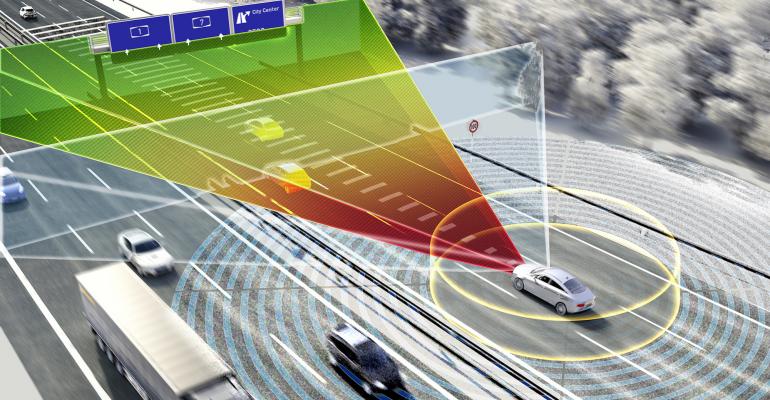 “Our non-arrayed micro-MEMS is at the core of our unique system design and helps us solve this challenge-providing the automotive industry the combination of reliability, performance, and price they have been seeking.”

In fact, recent field testing showed AEye’s 4Sight lidar locating objects at a range of 1,000 meters. “We want to show the industry that sensors have improved, we’ve progressed as well, and that for detecting objects at that distance, one kilometer should be the benchmark,” said AEye Field Application Engineer Team Lead Shanvir Dhinsa.

The testing, which was supervised by VSI Labs, showed the lidar spotting a Chevrolet Bolt and a Sprinter van at a distance of 1,018 meters while parked at the opposite end of a runway. Maybe more surprisingly, the lidar could also make out the numbering on the surface of the runway too. 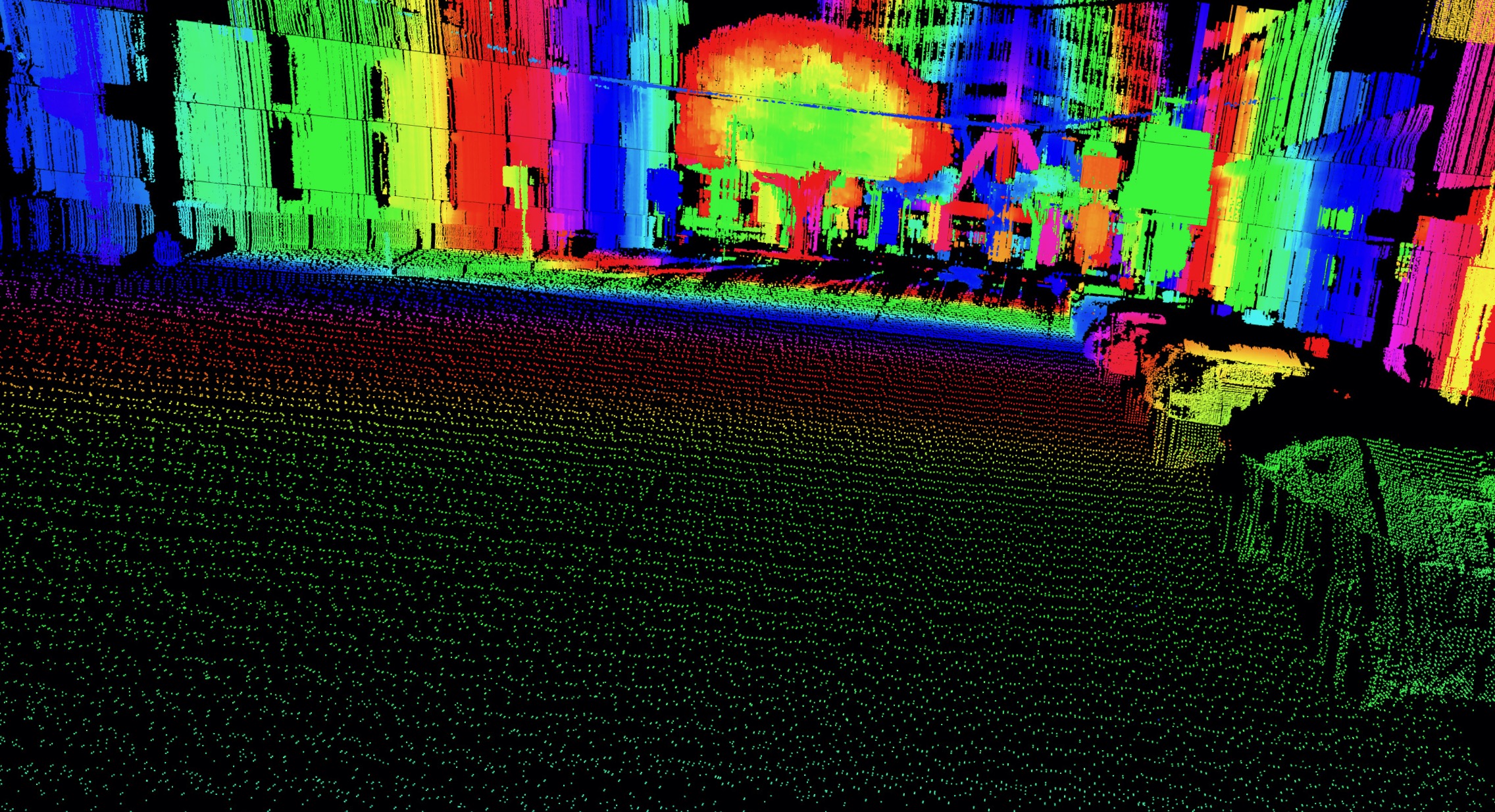 This is the point cloud of a street scene, as scanned by the AEye 4Sight lidar.

4Sight’s resolution is also a vast improvement as the industry norm for resolution is about 100 measuring points per degree. A one square meter target showed the equivalent of 1,600 points in a square degree.

The AEye team also demonstrated 4Sight’s ability to work through glass. This is important because it means the emitter and sensor can be located behind the windshield so that they won’t intrude on vehicle design. Testing showed that 4Sight could put 52 measuring points on the 1-meter target and with windshield glass in front of it, that number dropped to 47 points.

AEye’s lidar can do this because it has a separate emitter and sensor. Others are typically combined, which leaves the sensor more susceptible to reflections from the emitter if it is behind glass. “Because our transmit and receive paths are separated, we don’t deal with the internal reflections that many co-axial systems that transmit and receive on a [straight] line struggle with today,” Dhinsa explained.

The market for commercial vehicles is particularly attractive for long-range lidar because of their large mass and longer stopping distances. Automation for such vehicles requires a maximum sensor range and resolution to provide sufficient processing time for automated decisions and actions.

AEye has verified the 4Sight sensor’s durability through shock and vibration testing conducted by NTS which proved the device’s ability to sustain mechanical shock of more than 50Gs and sustained vibration of more than 3Gs.

Continental says it will commercialize the sensor to deliver a fully automotive-grade product by the end of 2024.