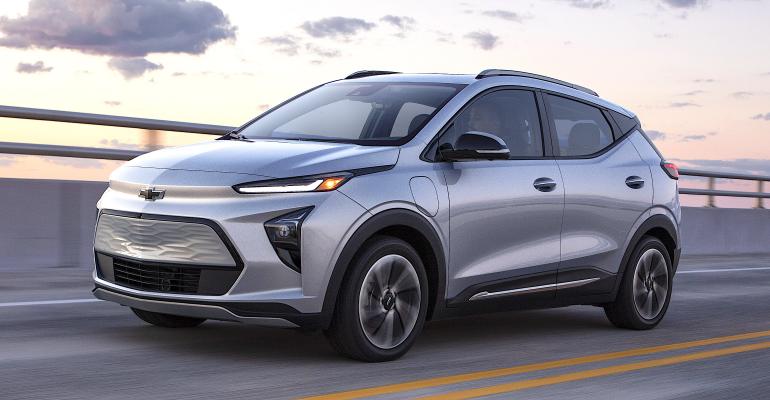 Chevrolet is pursuing more EV sales with the addition of a big-body version of the Bolt EV meant to appeal to SUV buyers. The Bolt EUV aims to break out of the regular Bolt’s “hatchback” impression with something closer to the SUVs shoppers increasingly prefer.

The Bolt EUV is fractionally taller and wider than the regular Bolt, but it stretches 6.3 inches longer on a 2.9-inch longer wheelbase. Total passenger volume climbs from 93.9 cubic feet to 96.5. Much of the added space goes into the rear seat, which gains three inches of legroom. 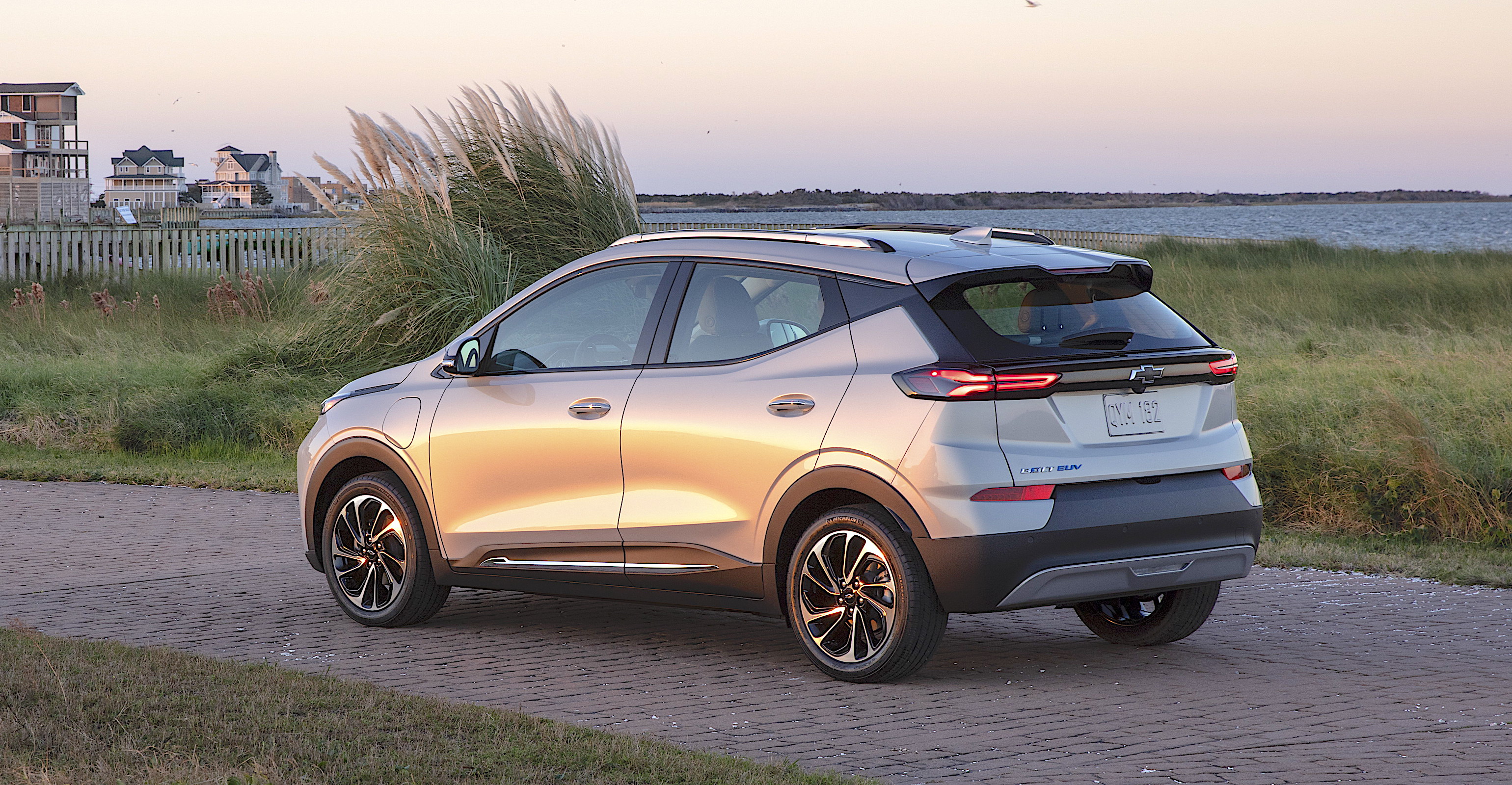 Bolt occupants get coddled for 2022 with the availability of not only heated and ventilated front seats but also heated rear seats and a panoramic power sunroof that helps make the back seat look airier.

The slightly enlarged version of the Bolt is reminiscent of Ford’s B-Max tall subcompact hybrid-electric model which failed to attract much interest in buyers and was quickly dropped from the company’s U.S. model line.

Chevy has sold more than 100,000 Bolt EVs globally, so the Bolt EUV seems to be launching from a strong position. “The new Bolt EUV is the best of the Bolt EV packaged in an SUV-like vehicle with more technology and features, giving customers more choices and reasons to switch to electric,” said Steve Hill, vice president of Chevrolet. “This is an opportunity for Chevy to capitalize on the success we’ve built with the Bolt EV and bring new customers into the Chevy family.” 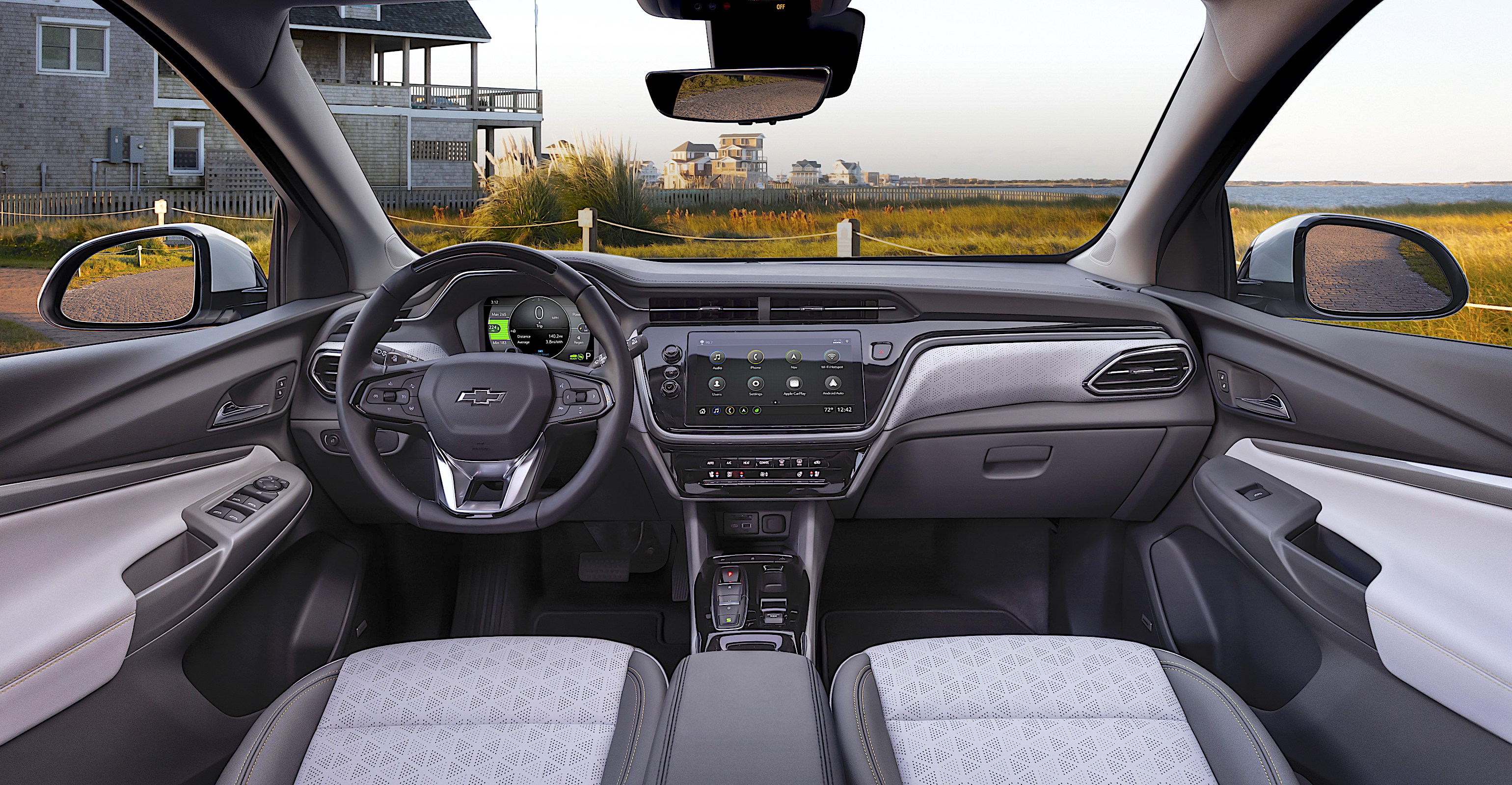 Both Bolts feature a 65-kilowatt-hour lithium-ion battery pack. Chevrolet says the sleeker hatchback will go 259 miles on a charge, while the Bolt EUV lasts 250 miles per charge due to slightly increased aerodynamic drag and 90 pounds more weight.

Half an hour at a DC fast charger will boost the Bolt’s driving range by 100 miles, and that of the Bolt EUV by 95 miles. The Bolt’s electric motor produces 200 horsepower and 266 lb.-ft. torque.

Chevrolet has upgraded the Bolt’s onboard charger so that if the included charger is plugged into a 240-volt socket, it will provide 7.2 kilowatts of charging juice, which shortens the full-charge charging time to seven hours from the previous ten. The 2022 Bolt models will accept external chargers at up to 11 kW for still faster 240-volt AC home charging.

The Bolt EUV is also Chevrolet’s first model to offer the Super Cruise hands-free driver assistance technology. Super Cruise can steer, accelerate, and brake the Bolt automatically on 200,000 miles of meticulously mapped highways in the U.S. and Canada. Unlike the dangerously abused Tesla Autopilot system, Super Cruise also monitors that the driver is watching at all times. If the driver refuses to watch after being reminded, Super Cruise stops the car. Other advanced driver assistance technologies available on Bolt are Rear Cross Traffic Alert, HD Surround Vision, and Adaptive Cruise Control. 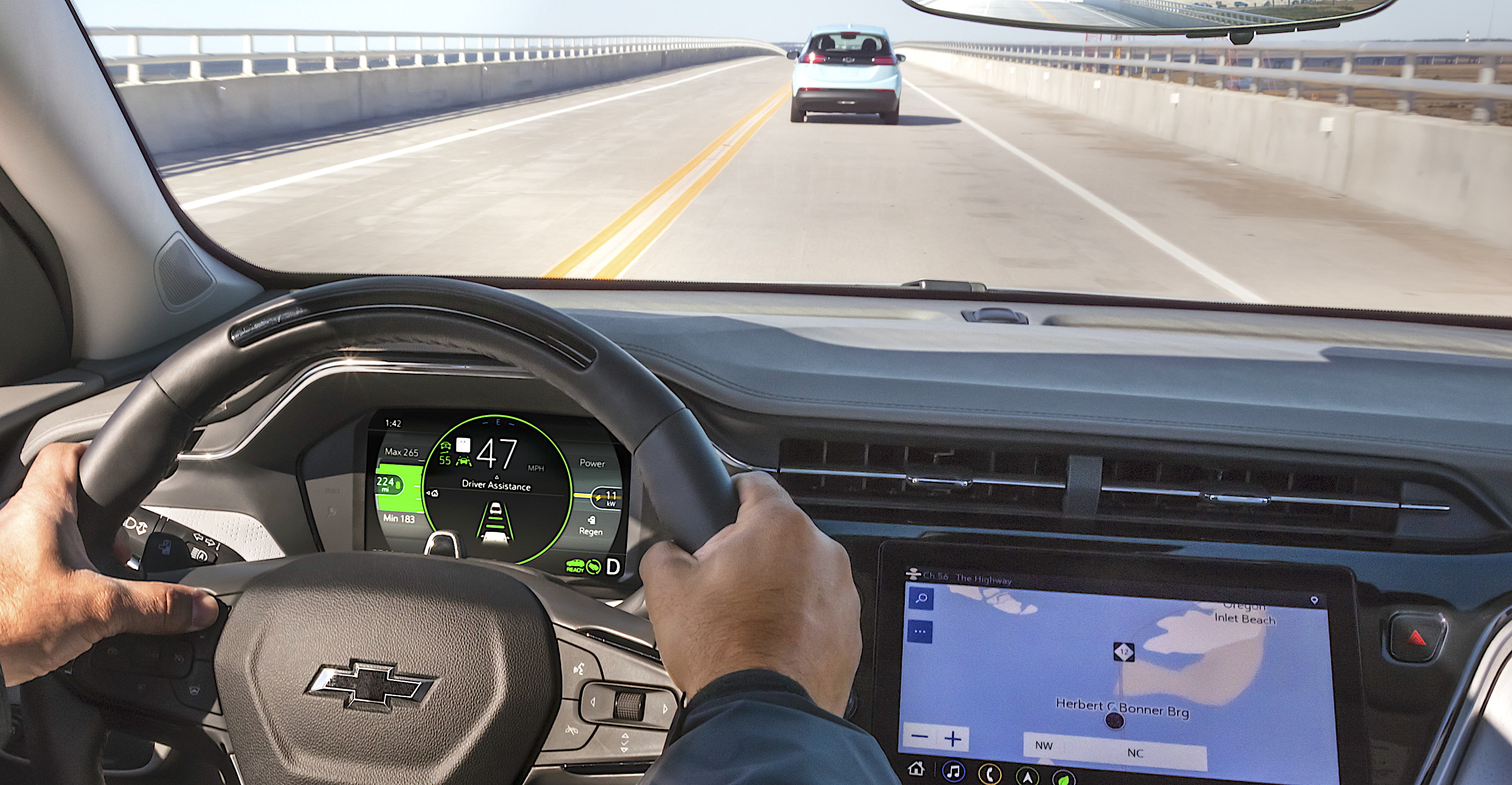 The combination of more space, faster charging, and a lower price should expand the Bolt’s appeal to suburban customers who value rear seat real estate over the extra space needed to park the car.