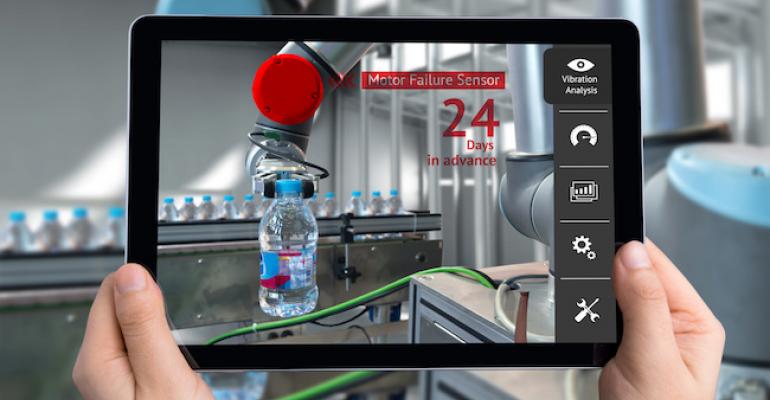 I think the documentary partly meant to shame American manufacturers that are not unionized, which some in America believe is necessary in order to have a safe, productive factory with high-paying jobs. The reality is very different on the ground.

This weekend, I watched the Netflix film American Factory, which won an Oscar for best feature-length documentary and inspired a blog post that I published yesterday in PlasticsToday. Produced by Barack and Michelle Obama’s production company Higher Ground, the film profiles an Ohio auto glass factory that is run by a Chinese investor.

The plant was abandoned by General Motors after its government bail-out and was subsequently bought by Chinese industrialist Cao Dewang, or “Chairman Cao,” as he is aptly called. The film gives a close-up look at how the cultures attempt, mostly unsuccessfully, to adjust to one another. Tensions rise when the factory has trouble meeting production and quality goals, leading to a fight over the right to unionize. The union lost, and the result was that the Chinese president was forced to make changes for the better with regard to safety, productivity, and quality.

I think the documentary partly meant to shame American manufacturers that are not unionized, which some in America believe is necessary in order to have a safe, productive factory with high-paying jobs. The filmmakers, Julia Reichert and Steven Bognar, wanted to try and get us to believe that the state of manufacturing in the United States is so dire that our only salvation is through unionization.

Let’s take a look at the reality of manufacturing. By Q3 last summer, even publications that normally don’t spread good news coming from the Trump administration couldn’t help but see that blue-collar workers in manufacturing were benefiting from “rising paychecks” and a “shrinking wage gap,” outpacing executive pay increases. “After four decades of worsening, wage inequality has started shrinking. And, in a twist, America’s blue-collar workers are playing the biggest role in driving that reversal,” wrote Gad Levanon, Opinion Contributor, in the Aug. 14, 2019, edition of USA Today.

According to the U.S. Bureau of Labor Statistics, the average hourly payrolls for non-farm jobs increased 3.1% for the year ended January 2020, and productivity was up 1.4% in Q4 2019. The median weekly earnings of full-time workers increased 4.0% in 2019.

I’ll tell you who has it harder and harder these days—employers in the manufacturing sector! Survey after survey paints the same picture: Manufacturers cannot find employees—skilled or unskilled and willing to learn. The pressure is on with the average of skilled manufacturing employees moving into the 60+ age range and retirement looming.

In addition to the 2020 outlook reported by the American Mold Builders Association (AMBA)—in its survey, 93% of respondents cited workforce development as their biggest challenge—the Q4 2019 Supplier Barometer from the Original Equipment Suppliers Association (OESA) showed rising pessimism compared with previous quarters. While some of that pessimism was caused by “ongoing trade tensions” and the United Auto Workers strike at GM, one major factor was “regional voluntary turnover rates that are extremely high throughout North America” and the scarcity of skilled workers.

The OESA survey also showed that the “industry is striving to attract younger workers with greater emphasis on schedule and workforce flexibility,” something that millennials want in their work life. “Organizational leadership, communication and empowerment are the top HR priorities heading into 2020,” said the OESA’s survey report. “Suppliers are focusing on developing future leaders internally through mentorship and cross-functional job rotation programs to cope with staffing issues.”

As part of his third State of the Union address on Feb. 4, 2020, President Trump asked Congress to support funding proposed in the administration’s budget that would expand this program. The president followed up this commitment by proposing a $900 million increase in funding for Career Technical Education (CTE). Authorized by the NTMA-backed Carl D. Perkins Career and Technical Act (Perkins CTE), the increased funding is aimed at achieving the administration’s goal of “ensuring every high school student in America has access to CTE programs that provide multiple, high-quality pathways to success after graduation,” according to a White House announcement.

“NTMA and its members thank President Trump for his focus on manufacturing in his State of the Union address and for increasing funding for CTE programs in his budget,” said NTMA President Roger Atkins. “The American manufacturing sector is strong, but one important factor is stifling growth—the skills gap. Companies cannot find workers to fill the more than half million job openings in manufacturing across the country. The president’s proposal would empower students to obtain the skills they need for success in high-skill, highly paid manufacturing careers.”

In other words, what will further close the “wage gap” that so many grouse about is filling the “skills gap.” Given NTMA’s survey finding that more than 90% of manufacturers struggle to fill open positions, the picture isn’t going to change; in fact, it is “expected to grow in the next decade if there is not a significant investment in skills training.”

Contrary to the bleak picture painted in American Factory and ominous predictions of robots taking over the jobs of human workers, American manufacturing is alive and well with good-paying jobs, rising wages, and increasing technical positions for robotic operations such as programming, repair, and connectivity. Perhaps the directors of American Factory chose a Chinese-owned and operated manufacturing facility because they wanted to put forward to the American people, many of whom have never visited a high-tech U.S. manufacturing plant, that U.S. factories are terrible places to work.

If those workers at the Fuyao plant don’t like their jobs working for a Chinese company, there are plenty of opportunities at U.S. owned and operated plants that can use their skills.

When it comes to American manufacturing, let’s look at the facts, not the fictitious “made in China” film version.